For her latest holiday performance, Carrie Underwood took the stage at ‘Christmas in Rockefeller Center ‘ on Dec. 1, and she looked absolutely gorgeous.

Carrie Underwood is all about the holiday music since releasing her Christmas album, My Gift, in 2020, and she returned to our television screens for another Christmas performance on Dec. 1. Carrie was part of the Christmas in Rockefeller Center event, which aired on NBC. The performance was pre-taped, but Carrie still stole the show as she sang “Let There Be Peace”  in a gorgeous, holiday-inspired outfit. 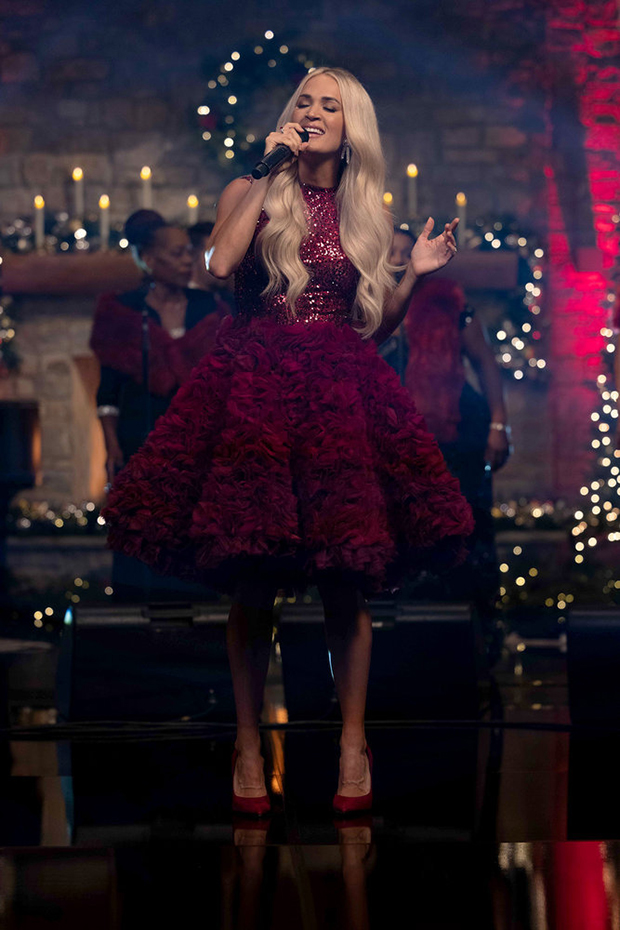 For the performance, Carrie wore a Christmas-ready red dress with a full skirt that fell jut past her knees. She looked absolutely sensational in the ’50s inspired number, which included a sleveless sequin red top. Her look was complete with her hair styled in a loose curl with just the right amount of bounce. As always, she also sounded amazing while belting out the holiday classic tune for the annual TV special.

Earlier this week, Carrie appeared on another holiday special, CMA Country Christmas, where she sang a stunning rendition of “Mary, Did You Know?” She was also part of the Macy’s Thanksgiving Day Parade on Nov. 25. She performed her holiday song “Favorite Time of Year” at the event. In September 2020, Carrie released her first-ever Christmas album, and even hosted her own holiday special on HBO Max that year, as well.

In addition to these holiday performances, Carrie is also kicking off her buzzed-about Las Vegas residency on Dec. 1. She has six shows in December, which will be followed up by six more at the end of March/beginning of April. Her collaboration with Jason Aldean, “If I Didn’t Love You,” has also been blowing up country radio in recent months. The pair performed the track at the CMA Awards on Nov. 10, as well as the American Music Awards on Nov. 21. 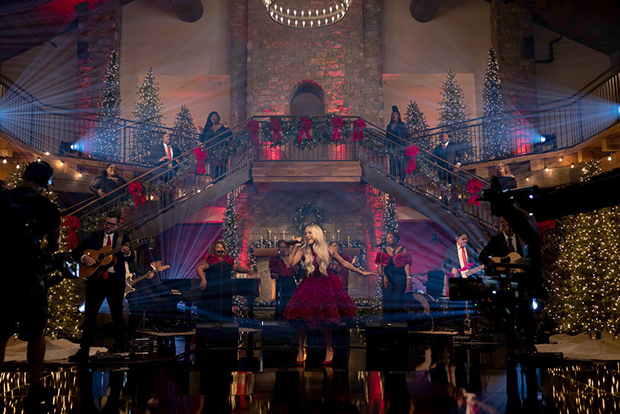