Doctors refused to take my ‘pregnant finger’ seriously – I knew lump was more than just a cyst, I’m so glad I persevered

A GIRL was left baffled when a huge lump continued to grow on the side of her finger and when doctors passed it off as just a cyst, she knew that wasn't the case.

TikTok user @hollierosebakes is now urging others to get any lumps or bumps they come across on their body checked, following her experience with her 'pregnant finger'. 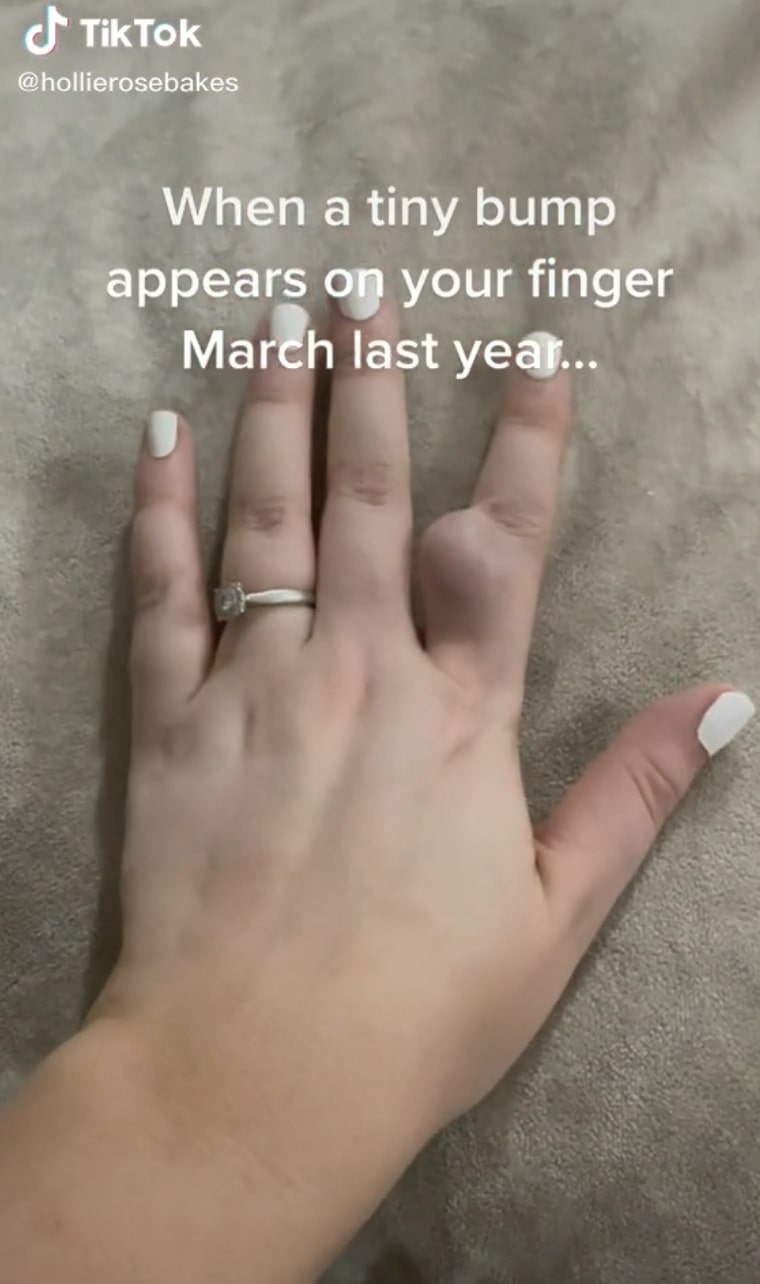 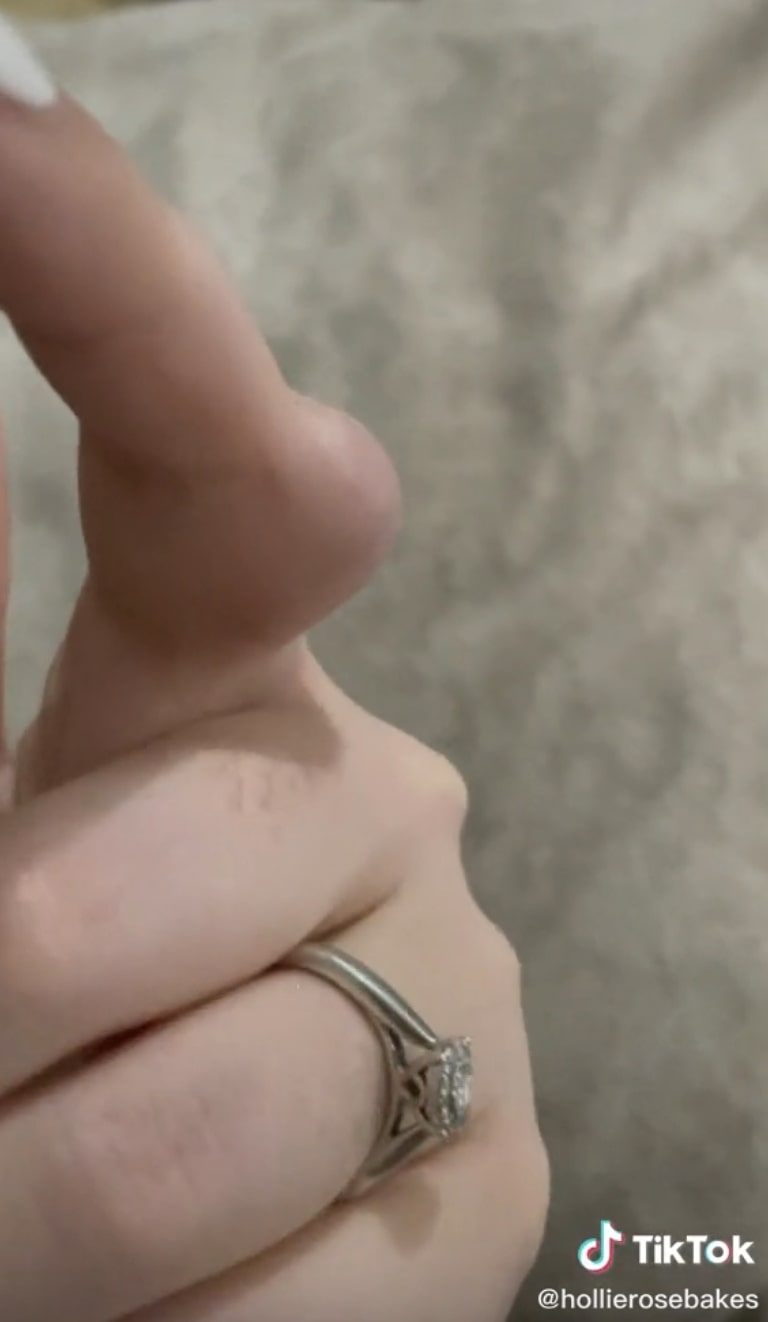 Sharing her story on social media, Hollie revealed that she first came across the lump, that started out as a tiny bump on her finger, in March last year.

She revealed just how big the lump had got over the course of a year in a video she posted online, captioning it: "If I don’t laugh I’ll cry #pregnantfinger #ohno #fingerbump."

Coming across the post, that has since been watched over 823k times, people were left horrified by the lump and were curious to know whether Hollie had sought medical advice.

She explained in a follow-up video that initially doctors had brushed off the lump as a ganglion cyst – a harmless fluid-filled lump that usually appears near a joint.

As it wasn't causing Hollie any pain, her doctor said they wouldn't do anything about it.

"I went to the doctor back in March last year when it first appeared, bearing in mind it was a tiny, tiny, tiny bump, you could barely see it," she explained.

"They said it was a ganglion cyst, it got a bit bigger, I went back, they said again, 'It's a ganglion cyst, unless it's causing you any pain, we're not going to do anything because it's cosmetic.' It wasn't causing me pain, it was just in the way and a bit annoying."

However, the lump then grew dramatically, with Hollie continuing: "Fast forward to March this year, I went to the doctors again and said, 'Look, I've had enough of it, it's annoying me, it's really getting in the way, it's not painful…'

"They tried to drain it with a needle, nothing came out except blood, so they referred me to a hand specialist – which I went to in June."

Hollie was then told she needed surgery to remove the lump, with doctors later revealing it had been a lipoma – a slow-growing fatty lump under the skin.

Holding up her bandaged finger to the camera, she told viewers: "I had my surgery last week. This is my finger now, I've got to keep this dressing on it because I've got stitches on my finger, they'll be taken out next week.

"It was a lipoma not a ganglion cyst in the end. They send them off just to be sure that there's nothing wrong.

"the doctors were not concerned in the slightest that there'd be anything sinister going on, any cancers or anything like that, because that was my biggest worry because I have a family history of cancer."

Urging others to get any lumps they find checked out immediately, Hollie said: "So guys and girls if you find any lumps on your body, please go and get them checked straight away."

Many could relate to Hollie's video, with people revealing they had experienced the same.

One person commented: "Omg I had the same thing! With exactly the same issues re referrals and it taking so long. I only had mine removed 2 months ago."

Another said: "I had surgery for this exact same thing last week wednesday! Literally the exact same story!"

A third wrote: "Weird that it grew like that! Glad you got it sorted." 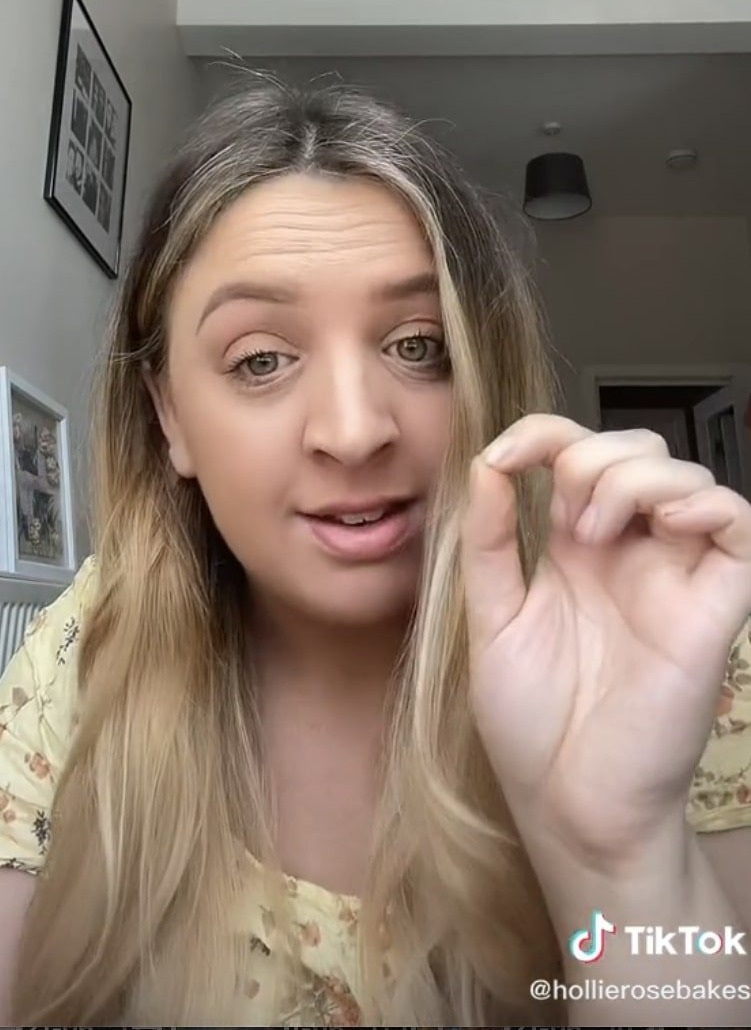 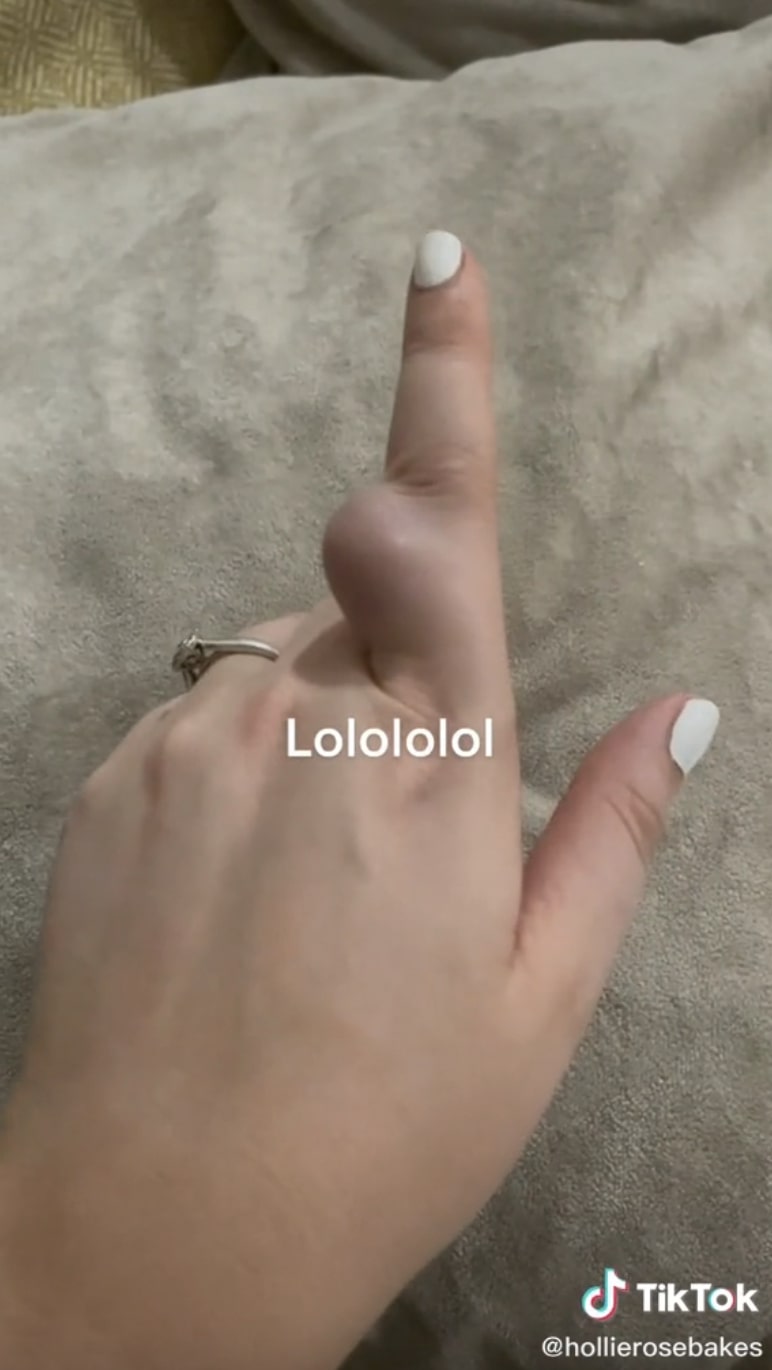 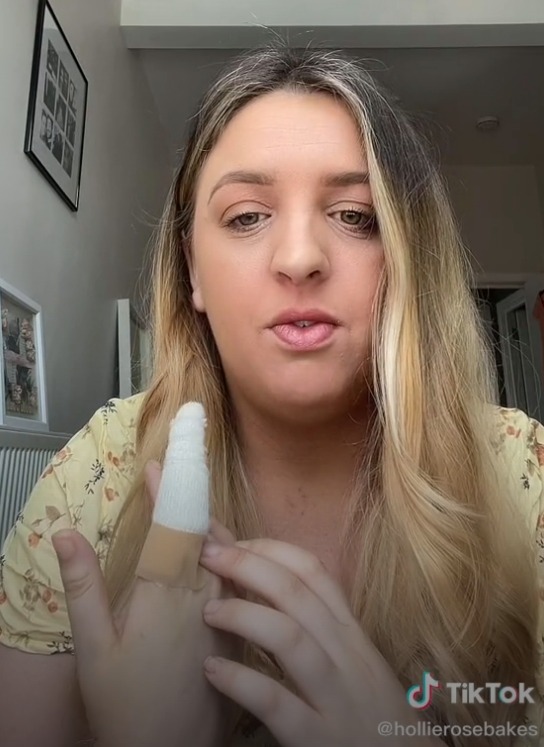 Meanwhile, one mum was horrified to discover what’s hidden behind her teenage son’s bed – and parents with boys can seriously relate.

Plus, a teen desperate for pet hamster trashes house in ‘propaganda campaign’ – but parents say her mum shouldn’t give in.

And this mum revealed the five different cries every baby has and how to know exactly what they want.