Some of Australia's top fashion labels are reeling after Myer slashed the prices of their new stock as part of a move to radically reduce its struggling designer arm.

At its results presentation on Thursday, chief executive John King said the womenswear business had been "disappointing", as he revealed a 36.5 per cent plunge in the department store's half-yearly profits. 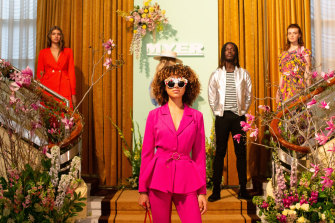 Myer is deleting several brands from its roster as it tries to fix its fashion business.Credit:Getty Images

But Myer and Mr King's goal to turn around its flailing fashion business by spring by investing more in accessories and affordable brands includes an aggressive deletion strategy for designer labels, with discounts of 70 per cent being offered at its flagship stores this weekend.

It also reverses a strategy implemented just six months ago to pump 40 new contemporary brands into the flagship stores in Sydney and Melbourne, including internationals such as Rotate and Australian resort brand Hansen & Gretel.

Several brands have contacted The Age and The Sydney Morning Herald to express their disappointment at not only being phased out of the retailer but also the damage the steep discounting, including on brand new stock, will have on their businesses. 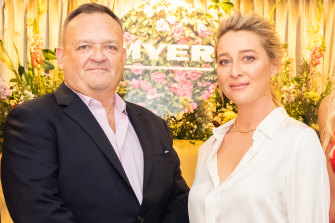 Lizzie Renkert, co-founder of We Are Kindred, was near the end of her contract with Myer but said the discounting of remaining stock was "damaging to our brand" and "pretty ruthless".

Renkert became aware of the deep discounting on Thursday after being notified by some customers. "This collection is retailing really well for us in our flagship store and e-boutique. To see it so heavily discounted … is soul-destroying."

She said while it was Myer's right to discount the stock it owns, "we can't have that happening to our business. I can't understand why you would sell something brand new for less than what you bought it for … they're not even giving it a go on the floor."

While Renkert's brand, which she co-owns with her sister, Georgie, was nearing the end of its run with Myer, other brands being exited are smaller or only joined in the last few months of 2019.

Ainsley Hansen, of Hansen & Gretel, was notified in late January that her brand would be deleted, just three months after it joined the store. 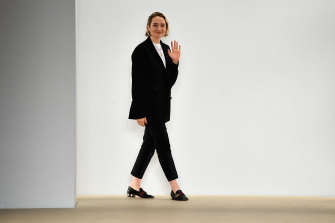 She said Myer reneged on its minimum spend commitment, and "projections for the future of our business were based on the very grounds of our contract with them".

Hansen said she felt "utter dismay" and was "gutted". "The very major [retailer] that is supposed to support you in the industry ends up choosing to drown you instead," she said. 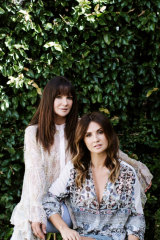 Damaging … We Are Kindred’s Lizzie (left) and Georgie Renkert.

"Such drastic discounting is a vicious tactic, not only toward us but toward the 100 retail boutiques across Australia who choose to support Hansen & Gretel."

She said the brand had contacted Myer to try to reverse its decision to discount and delete the brand.

On Thursday, Mr King indicated Myer would increase investment in its house brands, known as "private labels", which presently make up 17 per cent of product across the business.

"We will exit brands that are not popular or performing – we will focus on new, productive exclusive and in-demand brands, with a focus on making our bigger brands, even bigger, and rebuilding our womenswear business," Mr King told investors and analysts.

Mr King said the retailer had spent too much on luxury fashion and not enough on accessories, which he deemed a growth category.

"I think a few years ago we pushed the needle too far in terms of more expensive fashion."

Mr King said the new executive team, implemented following redundancies in late 2019, would introduce the new strategy and range in time for spring.

But one source questioned how the removal of so many designer brands would lift Myer's appeal to consumers. "It's going to look like Target," they said.