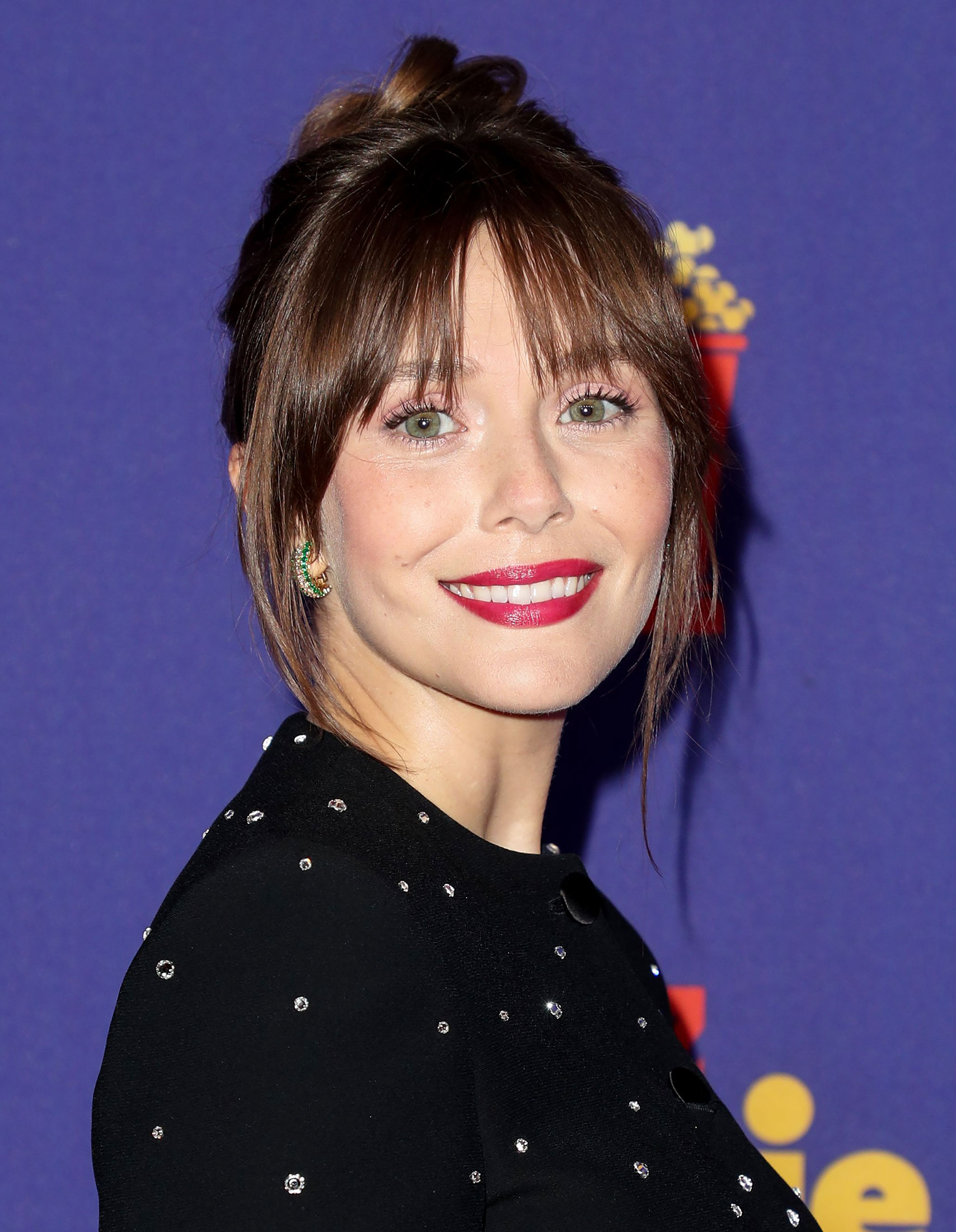 Glam Slam! Elizabeth Olsen is living proof that you can’t go wrong with a little black dress and a red lip.

The 32-year-old actress was all about keeping things classy and classic for the 2021 MTV Movie & TV Awards on Sunday, May 16. Even though her look was sleek and sophisticated, it was anything but boring!

When it came to getting her glam on, the star, who took home the awards for Best Fight and Best Performance for her role in WandaVision, assembled a top-notch crew, including makeup artist Pati Dubroff and hairstylist Mark Townsend.

“Elizabeth is wearing one of the most popular styles to come out of the pandemic — a top knot and freshly cut bangs,” Townsend said in a press release. 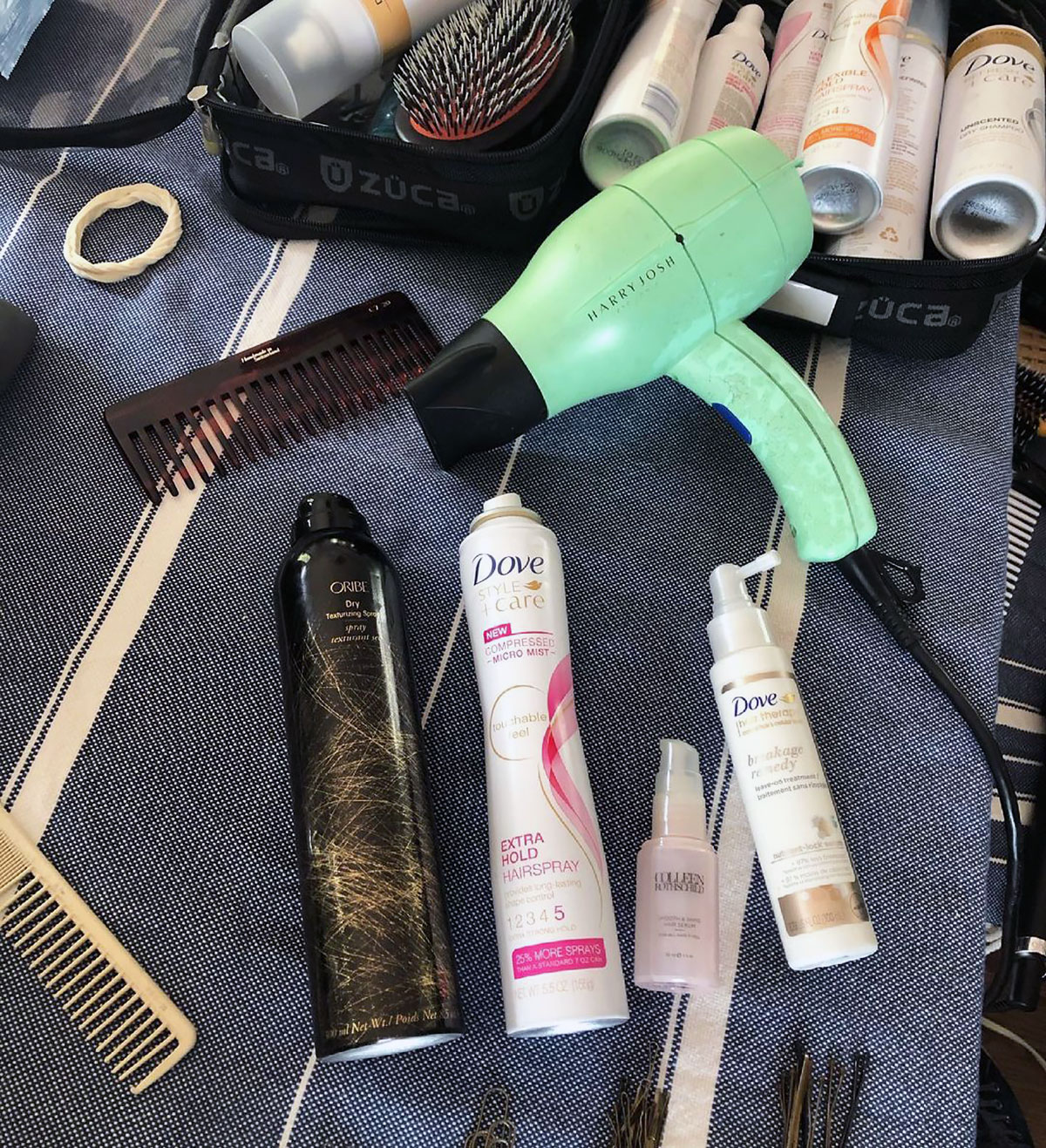 As for how he got her strands so shiny? It was all thanks to a handful of very affordable Dove products.

The 8 Hottest Hunks at the MTV Movie & TV Awards

Fast-forward through blow drying and a few spritzes of Oribe’s Dry Texturizing Spray, and he “gathered Elizabeth’s hair into a large bun at the top of her crown,” leaving out a few front pieces. 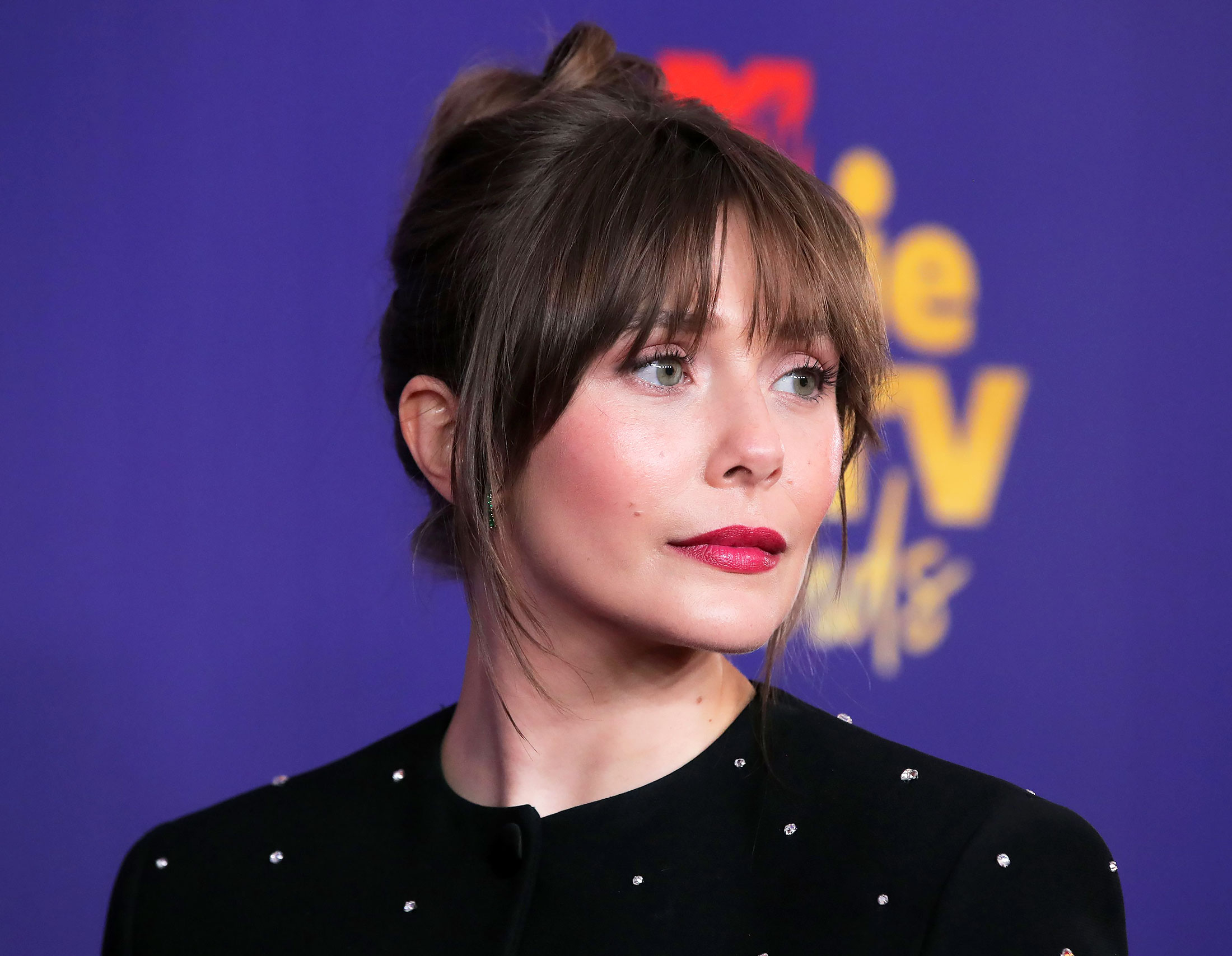 “To make sure the bangs were the true star of this look, I sprayed them with Dove Volume & Fullness Dry Shampoo,” Townsend added, explaining that it helped the bangs keep their shape. The final step? Some Dove Extra Hold Hairspray!

‘So Little Time’ Cast: Where Are They Now?

While the hair for the evening may have been inspired by the curtain bang craze as of late, the makeup took a cue from ‘80s trends. Dubroff said in a press release: “I found a 1987 Paris Vogue cover of Cindy Crawford and tried to emulate the raspberry and fuchsia lip in this look.”

Consider the mission successful, because the combination of Chanel Rouge Coco Bloom in shades Unexpected and Season created the perfect berry hue.

When it came to eye makeup, Dubroff reached for two peachy tones from Chanel Les Beiges Healthy Glow Natural Eyeshadow Palette in Tender. She also used Style Yeux Waterproof Eyeliner in Noir Intense to do a “tiny flick at the end of the lash line” as well as Le Volume de Chanel Mascara to get Olsen’s voluminous lashes.