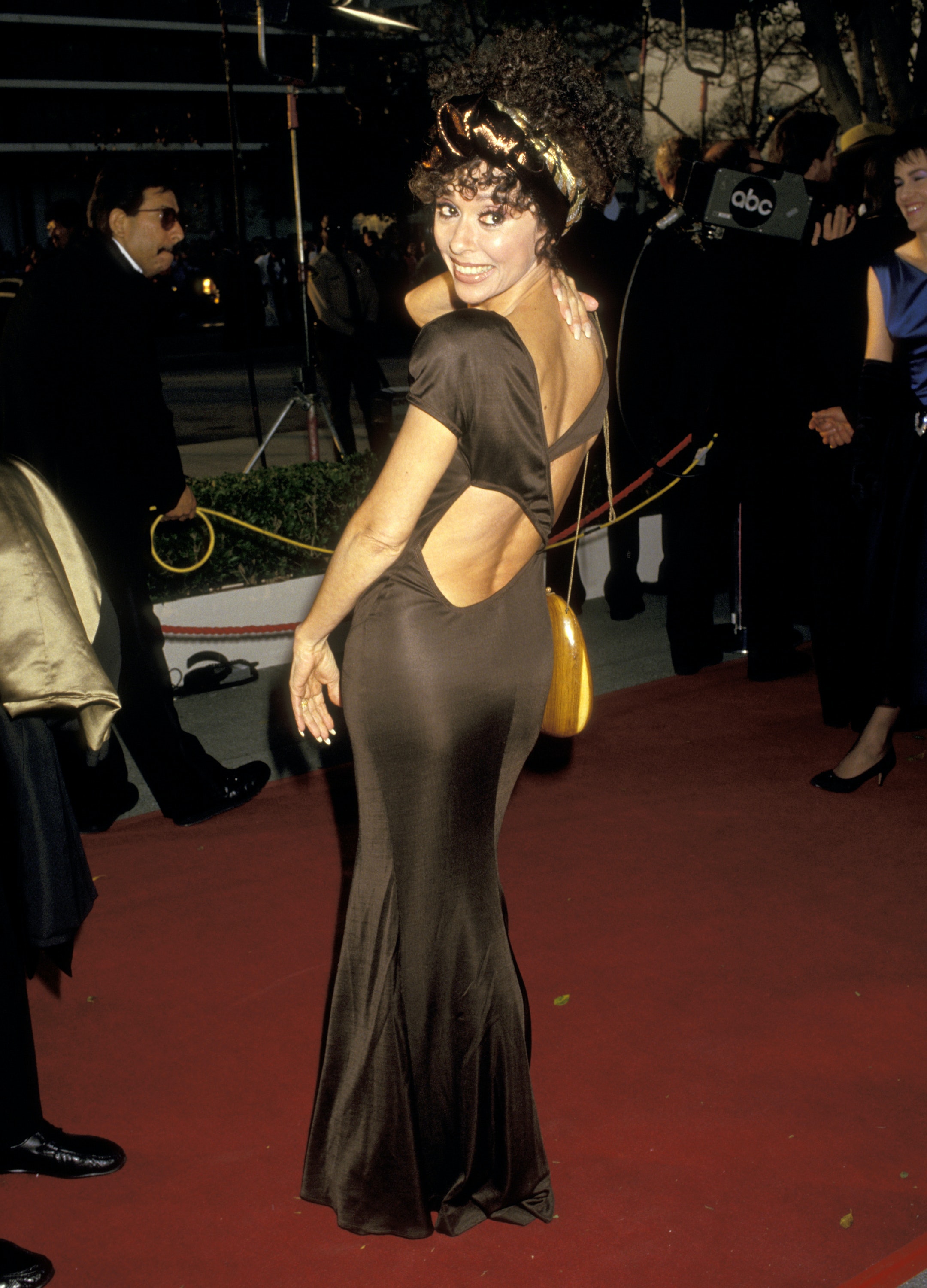 In the first scene of Rita Moreno: Just a Girl Who Decided to Go for It, the new documentary chronicling the actress, dancer, and singer’s 70-year career in film and onstage, Moreno tries on a t-shirt she intends to wear to an awards ceremony. The black tee is studded by iridescent rhinestones that spell out the film’s title across her chest; she chooses a sparkling necklace and tracksuit to complete the look. In the past 20 years, Moreno has defaulted to this kind of casual look—but while coming up in the industry during Hollywood’s Golden Age, the actress was known for her classically feminine style, which was influenced by her Puerto Rican roots. Just a Girl Who Decided to Go for It, which released on June 18, contains a wealth of archival imagery that proves Moreno’s status as a fashion icon, especially during her MGM years. Not only that, it delves into the earliest period of the now 89-year-old’s work—when Moreno starred in movies like Singin’ in the Rain and West Side Story. In the documentary, Moreno discusses disliking having her skin color darkened in the films from that time, and being typecast as a “typical Latina.” (Moreno also recently came under fire after making comments on The Late Show with Stephen Colbert in regards to Just a Girl Who Decided to Go for It producer Lin Manuel Miranda’s film In the Heights, which featured dark-skinned Afro-Latinos in background and dance scenes but not main roles. She has since apologized.) Take a trip back in time to Moreno’s younger years, when she used her fashion to tell a story—and became a style icon in the process—below.

A portrait of Rita Moreno, as she appears in the movie Cattle Town in 1952.

Rita Moreno and John Hudson attend the movie premiere of The Egyptian in Los Angeles in 1954.

Moreno attends a party at Ciro’s in Los Angeles on September 10, 1954.

Press photos depict the actress in a vintage bathing suit by the pool in 1954.

Moreno and her West Side Story costar George Chakiris attend an event in Los Angeles in 1961.

Posing with her Oscar after she was named Best Supporting Actress for her role in West Side Story.

Rita Moreno attends an event in Los Angeles in 1962.

Moreno and Chakiris at the 35th Academy Awards in Los Angeles on April 8, 1963.

Rita Moreno during the annual Nostros Awards on June 8, 1984 at the Beverly Hilton Hotel in L.A.

Rita Moreno during the 59th Annual Academy Awards at Shrine Auditorium in Los Angeles in 1987.

During the That’s Entertainment III premiere at Mann’s National Theater in Westwood, California, 1994.