A WOMAN who paid $60 for a set of neutral nails was left devastated when she ended up with talons which made her look like she had "a prosthetic hand".

Marissa took to TikTok to share a video showcasing the nails, writing on the clip: "By far the WORST nails omg. I wanted to punch the lady and they were $60." 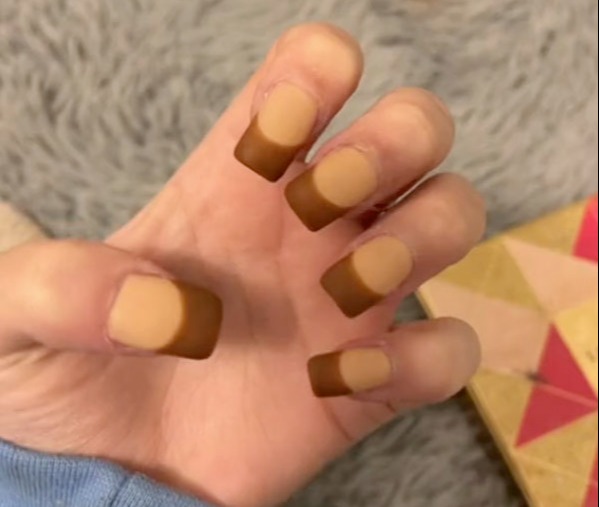 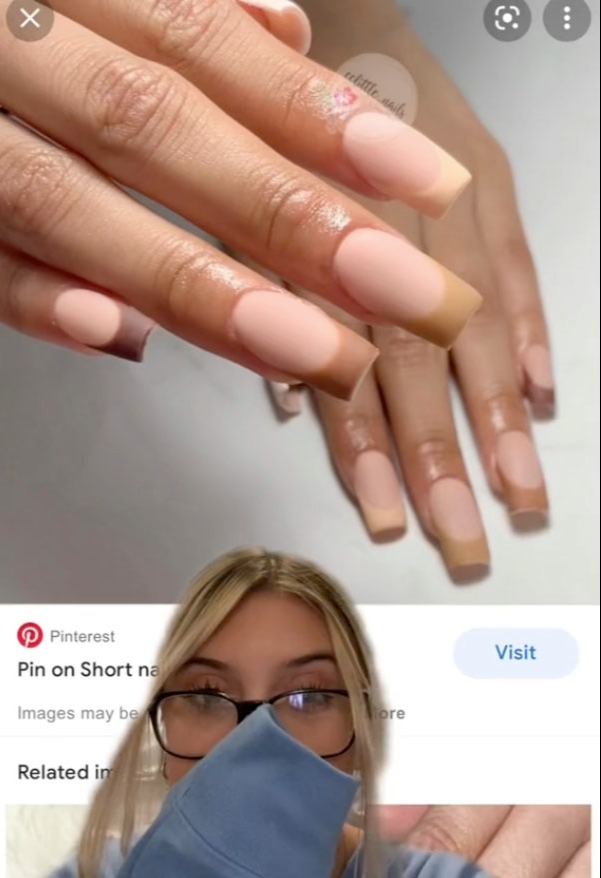 She shared an image of the nails that she wanted, from Pinterest, which showed matt pink nails with a light beige tip.

However, her own nails ended up being a yellow-beige colour, with a dark brown tip.

"I'm currently fixing them omg hell no," she captioned the video.

Viewers were quick to agree with Marissa that the nails looked terrible, with one writing: "Girl I thought it was a prosthetic hand."

"Looks like Reese’s puff cereal. I woulda walked away," someone else commented.

Others criticised her for willingly paying for the nails and leaving the salon, to which Marissa replied: "My eyes r bad lol and they do them at an angle.

"From my view they weren't that bad until after I left, then I saw."

She also revealed she was planning to go back to the salon and ask for a refund. 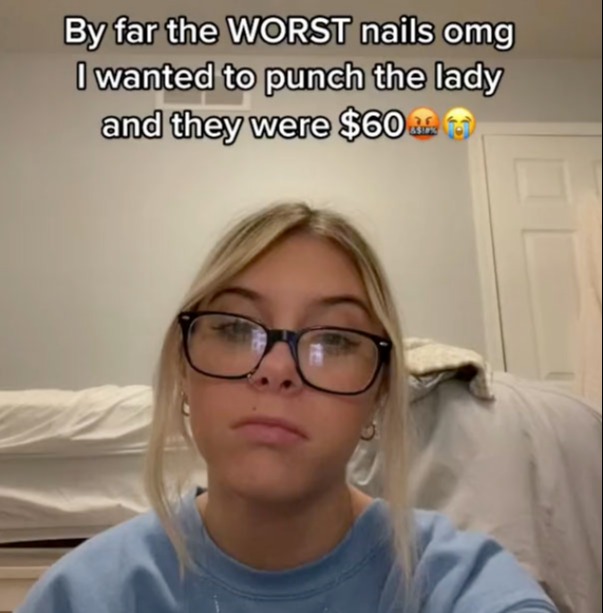 "Nail places scare me – I don't even talk to them, I get scared. So pray for me, because I'm freaking out and I wish someone was with me."

Marissa then did a transition to show off the new nails, adding: "I really like them. I wanted a pink, a bubblegum pink – the bottle looked bubblegum but this is not bubblegum. But it’s really good – I’m very happy.

"They were very nice, I was nervous for nothing. And I went for pink because pink is my safe colour and you can never go wrong with pink." 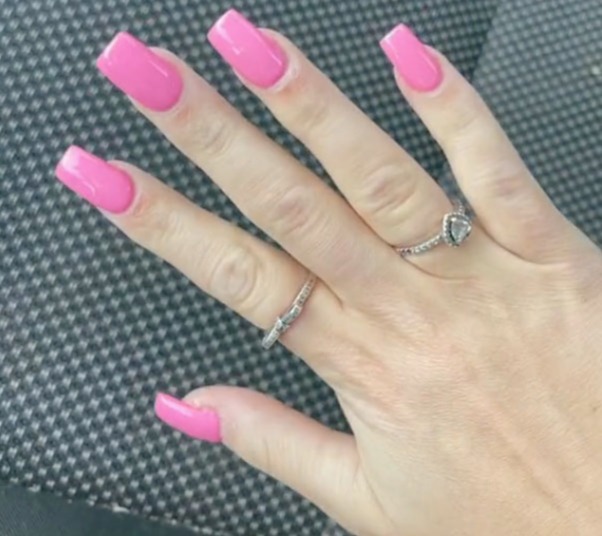 When someone commented on that video that "the shape is still so wrong though", Marissa replied: "Agree but way better. I was not bouta keep making them do things – it was so awkward."

Speaking of nail fails, this woman was left cross after the salon she went to botched her French tips and her thumb was left numb.

This woman proudly showed off her engagement ring in a social media snap but it was her nails that had everyone talking.

And this woman paid for a gorgeous manicure but ended up with nails that looked like Drumstick Squashies.