I’m a child expert, these are the 8 things you should NEVER talk to your kids about

As kids grow up, they become increasingly impressionable.

What we expose them to is most likely what they will carry with them, so it's important to always be conscious of what we say to ensure they aren’t wounded by our words. 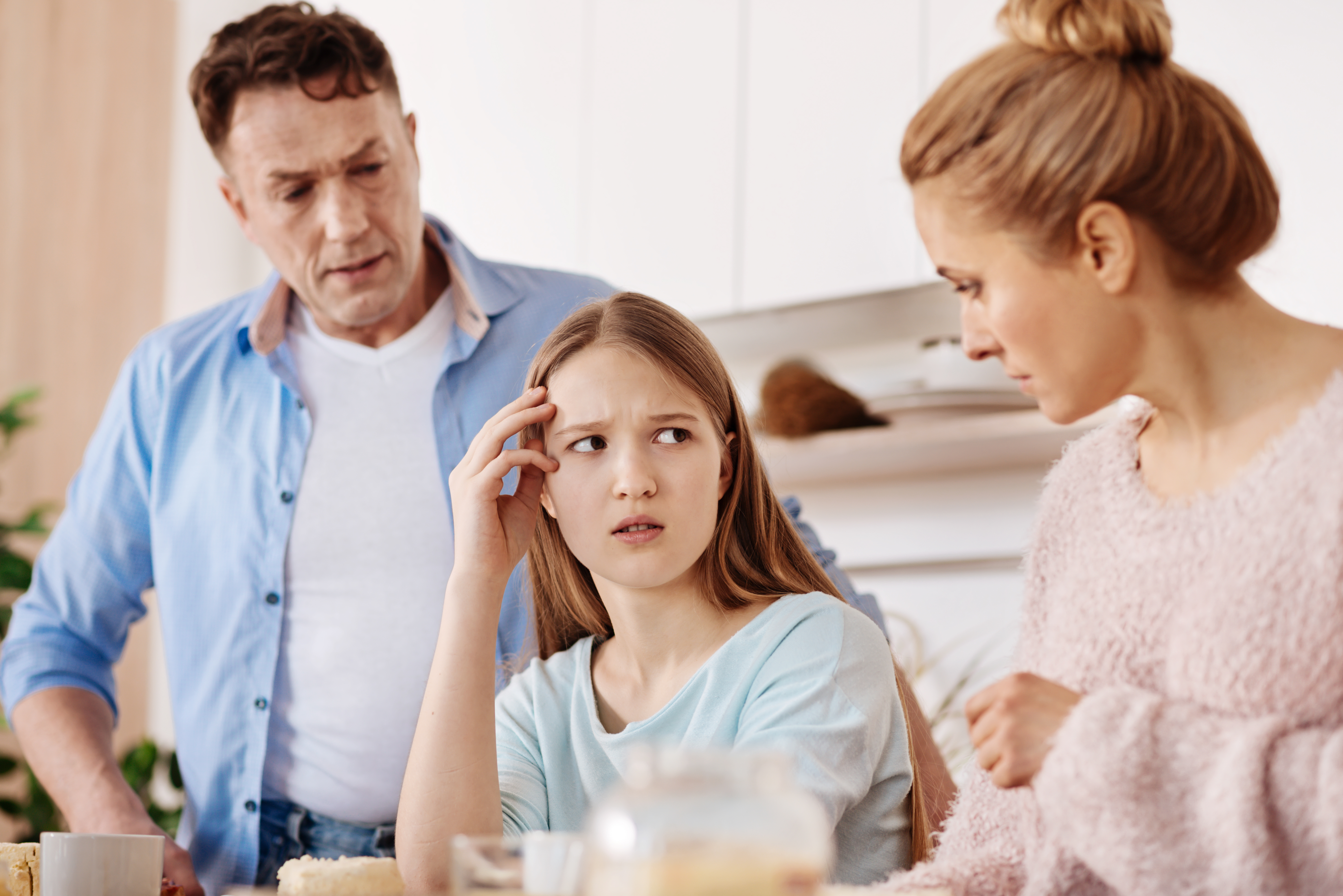 If you want to keep your children on the right path, read on for the things you should never talk to your kids about.

Angela Karanja, an adolescent psychologist and parenting teenagers expert, said according to top psychologist Albert Bandura, behaviour, values, beliefs, and attitudes are easily passed on through observation, hearing, and imitating others.

The founder of Raising Remarkable Teenagers said other behaviourist psychologists also suggest that even in the most unlikely situation there’s passive absorption of information from the environment.

She said: “As young people with undeveloped brains, kids haven’t got much mental agility or ability to question what is being presented to them whether that be good or bad.

“The younger the kid the more damning the effects are. The subconscious mind is open and subjective to all sorts of suggestions before the age of seven.

“They don’t reason or think objectively. Think of the brain as rich soil; whatever seeds fall on it, will grow, and bring forth its kind.

“That’s why everything the primary carers are, is what the child is likely to be. The food they eat, the language they speak, what they believe, how they behave.”

The adolescent psychologist explained that after the age of seven, kids start to learn how to think for themselves.

Kids continue to follow the suit of their parents as they know no difference. But young people continue to be susceptible to their environment, especially their home environment.

Angela explained: “If there’s a change of attitude from parents and primary carers, beliefs and attitudes can be reversed in the same way they were learnt.

“By relearning and formation of new brain neuropathy and thus shifting beliefs, habits, and behaviour.

“Unlearning and relearning is not an easy process as according to the brain and body (neuroscience and biology) will be fighting to maintain the status quo.

“So, if these negative habits can be prevented from the onset this is more preferable.”

The parenting teenagers expert revealed the top things you should NEVER talk to your kids about.

Many parents bad mouth their child’s other parent in anger or revenge.

Angela said they fail to understand that the child is a blend of both parents and when you say something negative about the other parent, the kid sees themselves as such because they are one part of the two of you.

She added: “This also goes for saying negative things about other family members.

“This can create internal division and tear the kid apart because there’s dissonance in the kid’s heart and because a part of them or their family is being hated.”

You should never talk about money and disease worries, advised Angela, as kids model parents’ lives and how parents interpret the world.

When parents are fearful and talk about money worries, they transfer these fears to kids.

She said this is burdening because the kids are now worried and these are adult responsibilities that kids have no power to alleviate.

She added: “When parents talk about adult worries to kids, they put their kids in a hopeless and helpless position which has been known to interfere with normal childhood development.”

Parents should never use self-battering and self-loathing language like ‘I’m such a failure, ‘I can’t do anything right, ‘I’m useless, ‘I’m fat’, ‘I’ll never amount to anything’ or ‘I’m ugly.’

Angela said: “Consider a parent as a leader, how positively influential are they when they have no faith in self?

“Doing this in the presence of their kids who are so impressionable, parents teach by the demonstration that it is ok to not have faith in self.”

Statements like, ‘you should never have been born,’ should never be said to children even if as a parent you feel this to be true.

Angela shared: “The best thing would be to accept the kid is here and prepare to do whatever it takes to support them in the life they have come to.

“Disempowering words and attitude contribute towards their own disempowered self-beliefs, low self-esteem, and damaged identity.

“As psychologists, we know that people’s beliefs have a profound effect on their esteem and abilities.

“So, when parents transfer disempowering beliefs to their kids, even for example saying ‘you can’t’, makes kids believe that they believe they are incapable.

“Their self-esteem and self-efficacy will be affected and hampered.”

TELLING THEM HOW TO OR NOT FEEL

The parenting expert said you should never tell your child not to be sad or say phrases like ‘it can’t be that bad, that’s nothing' in front of them as this invalidates them as human beings.

It also encourages the detrimental belief of ‘keep calm and smile even when your heart is hurting.’

Instead, we want children to know and understand ‘it is ok not to be ok' as these are biological and healthy processes in our body.

After parents have validated their feelings, they can then educate them on their own individual power to determine and reduce the refractory period.

COMPARING THEM WITH OTHERS

Angela explained that comparison is a losing game.

She said: “When it comes to comparing people, especially young people, research has found that comparison can lead to the kid devaluing themselves or them devaluing others.

“Whichever way, this kills trust and humanity coherence. Comparison from a point that they are not good enough can be demoralising and depressing.

“Comparing from the point they are better than others, can lead to disrespecting others.”

‘Boys don’t cry, or good girls sit quietly,’ is an example of a stereotypical comment and Angela said these are some of the most subtle and harmful stereotypes of modern-day.

She said: “Imagine constantly telling kids to not express themselves. They learn to be quiet, to go along, to not listen to their intuition. Then what happens when they are abused?

“They hold onto their deep-held beliefs of ‘boys will not cry, and girls will keep quiet because they are conditioned to do so.”

The expert explained children can suffer because of the stereotypical beliefs passed to them.

Blanket praise should also be avoided and saying things like ‘you’re perfect.’ While praise is a positive motivator for all human beings, it’s important that praise is truthful and specific.

When a parent tells their kid they are perfect, they create an environment where no more growth is expected or can happen.

Living beings are always growing and there’s never that state of perfection because the law of vibration dictates that energy is always in motion.

Angela said: “Telling a kid they are perfect can prevent them from trying new things because of fear of not achieving similar standards, set from the parent’s suggestion of perfection.

“This interferes with the growth mindset and can breed procrastination as the child may always be waiting for when the time is perfect in order to attain that perfection that has been suggested they are.”

CRITICISING YOUR OR OTHERS APPEARANCE OR WEIGHT

Elsewhere founder of Guide Education Leon Hady said criticising your or others appearance or weight should never be spoken about in front of children.

A positive body image is often linked to higher self-esteem and healthy behaviour. We know that children learn by watching and listening.

Criticising your own body or others in front of your child may seem harmless because it's not directed at your child, but children often internalise these messages and they can begin to impact the way they feel about themselves.

Leon said: “Criticising your own body sends the message that your child’s value is intrinsically linked to their appearance.

“Openly talking about wanting aspects of your body to change can have children interpret bodies as ‘good’ should they conform to certain beauty standards or ‘bad’ if they don’t.

“Rather, talking about bodies coming in all different shapes, sizes and colours and how incredible our bodies are shows your children how to love and accept their own.”

Leon also explained that how adults within the same household get along plays a big role in a child’s wellbeing and their understanding of relationships.

He said arguments and disagreements are perfectly normal but what matters is how children go on to understand the consequences of these disagreements.

Research has shown that when children are consistently and repeatedly exposed to conflict, particularly where tempers have risen, voices are raised and negative language is used, they can go on to develop increased heart rates and stress hormone responses.

Expert Leon said: “Children notice arguments even when parents think they haven’t and take note of the consequences of the conflict.

“This can lead to a greater risk of emotional and behavioural problems.

“However, conflict is a part of every human relationship and you can be reassured that children seeing adults disagree in a respectful way, where arguments are resolved quickly."

"They can see their adult making up allows them to witness adults committed to working things out positively."

“Disagreements like this are a model of resilience in relationships and can help your child navigate their own emotions and relationships.”

See how Iskra Lawrence celebrates her curves as a new mum and doesn't listen to trolls.

If you like stories about honest mums stories you will love this one about a woman who didn't get how tedious being a mom was before kids.

And for mum hacks see how to ensure babies or children using a highchair keep their toys off the floor. 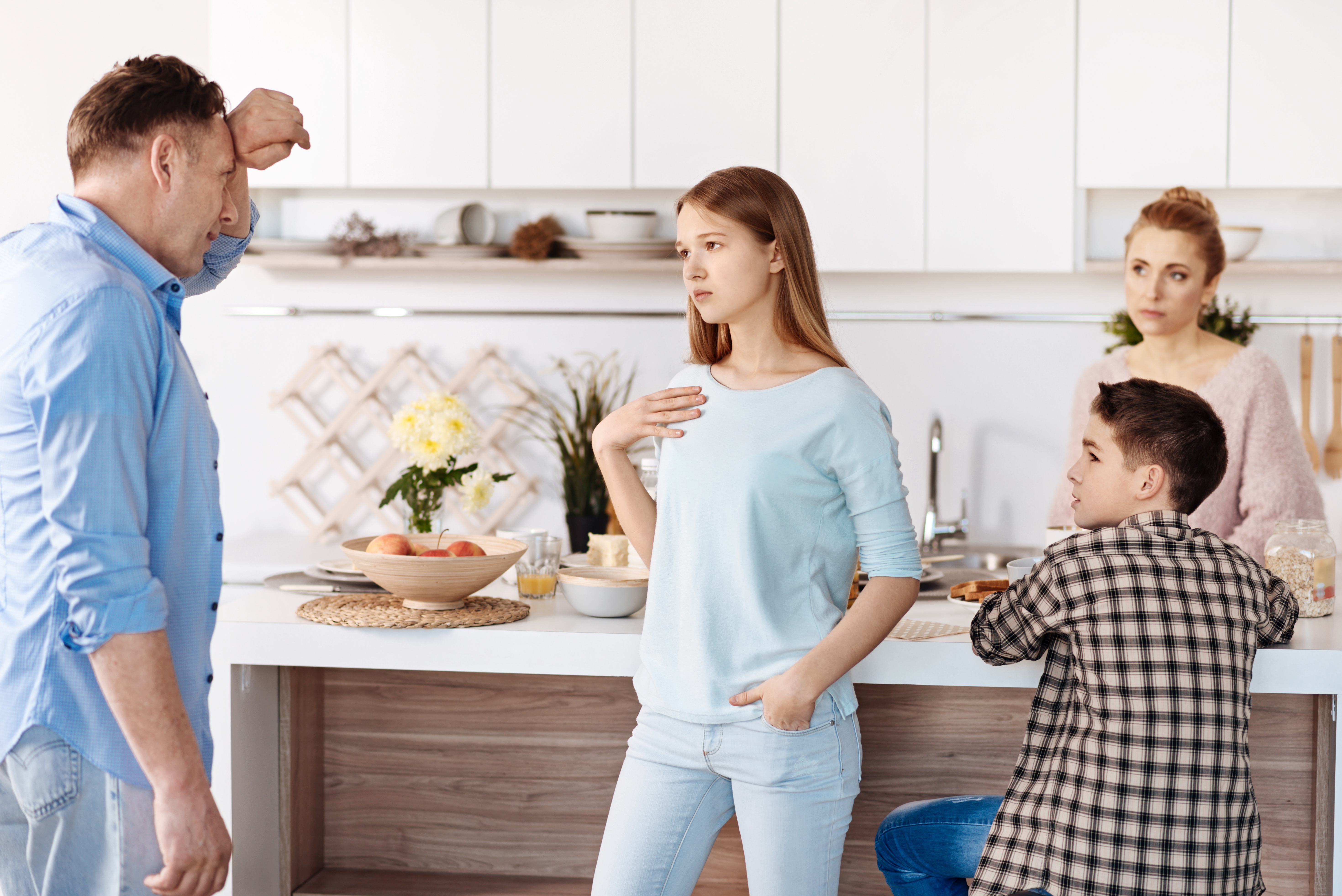