I'm so sick of being skinny-shamed – people say I’m a stick, imagine if I called a fat person a hippo

A WOMAN has hit back at people who skinny shame her, claiming it’s just as bad as calling a plus-size person a hippo.

TikTok user Lili shared a video in which she pointed out the disparity between the way people speak about fat and thin bodies. 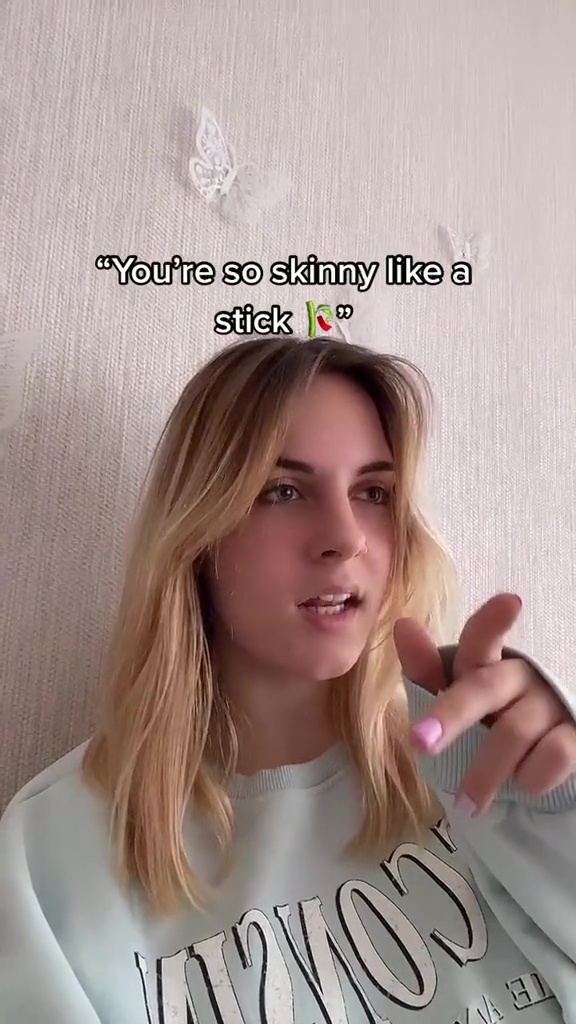 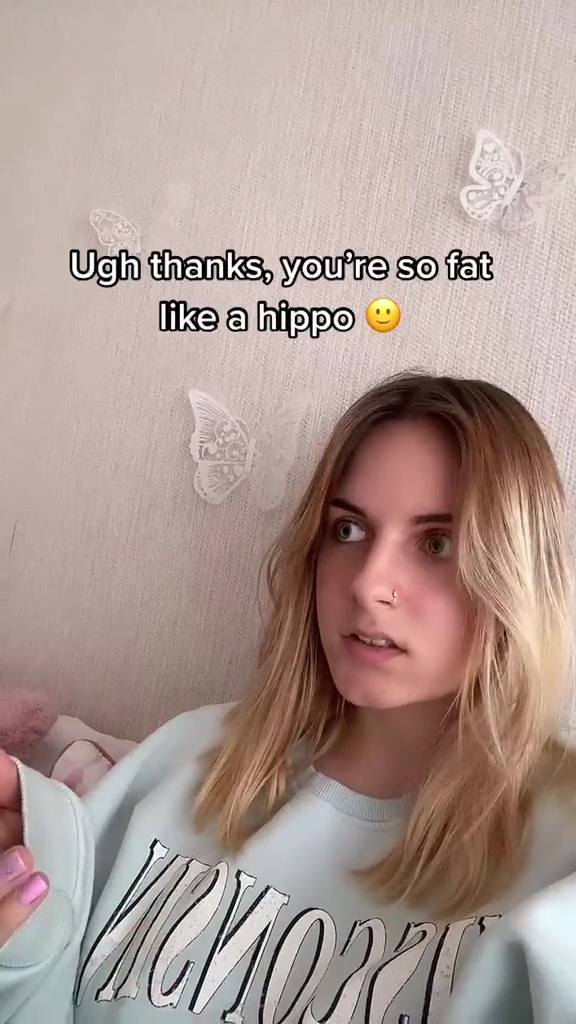 “It’s the same thing,” she captioned the clip.

The video has since amassed almost two million views, with Lili’s followers divided over her comments.

One commented: “BUT being skinny is the beauty standard so it’s not the same thing.”

Agreeing, another added: “It's nowhere near the same😭 skinny people are the beauty standard.”

A third wrote: “But if you had the choice would you choose to be overweight or underweight?? We all know the answer.” 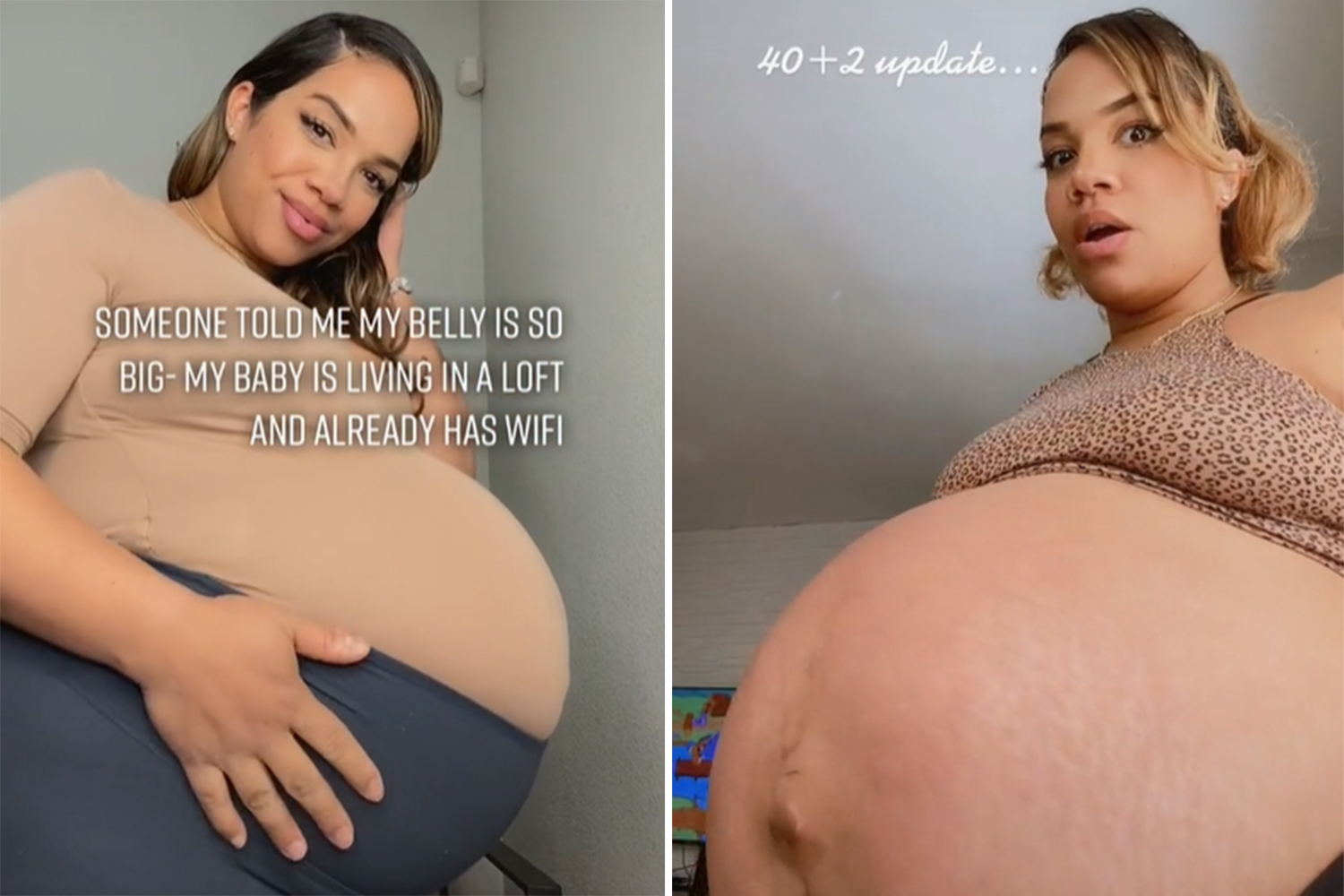 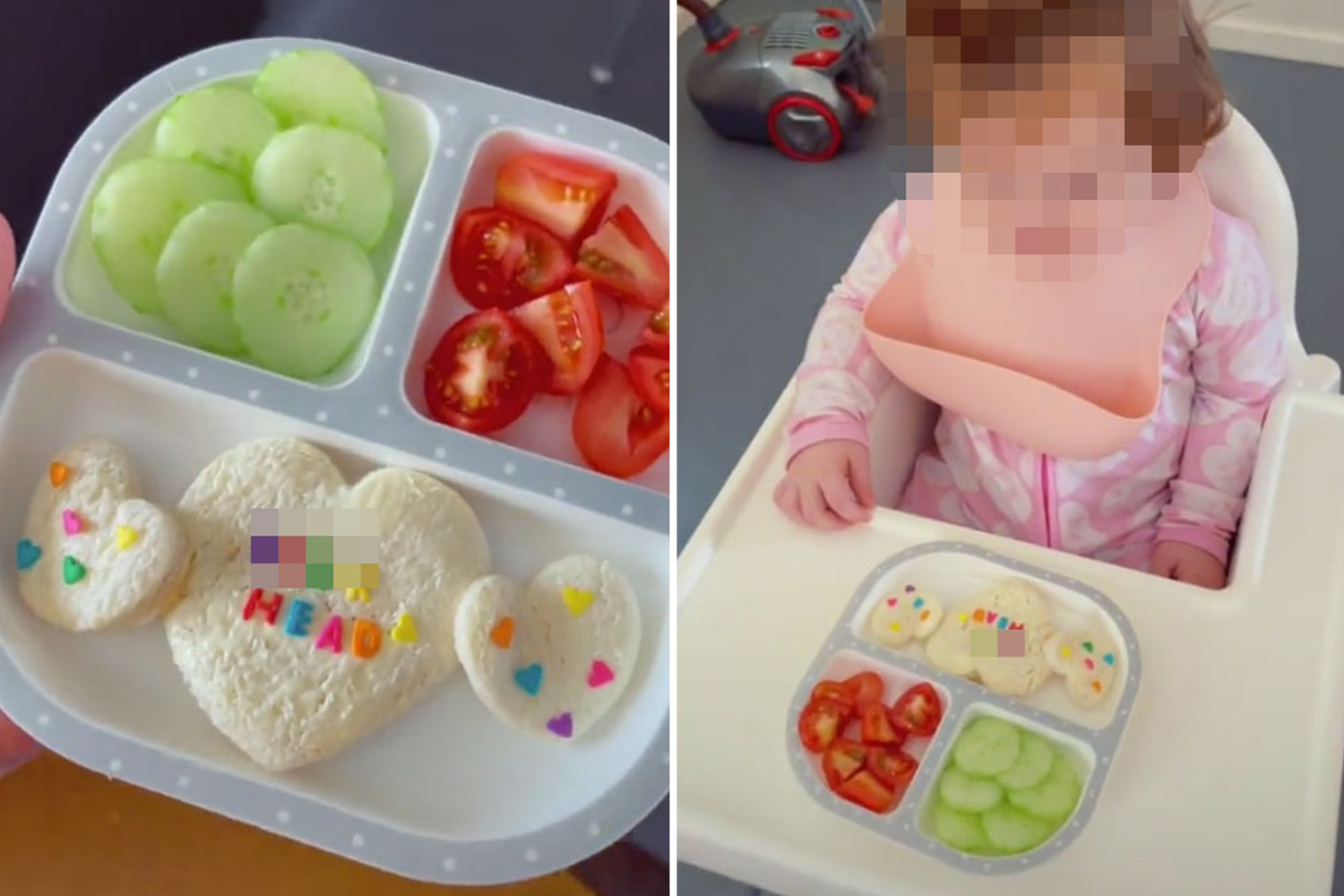 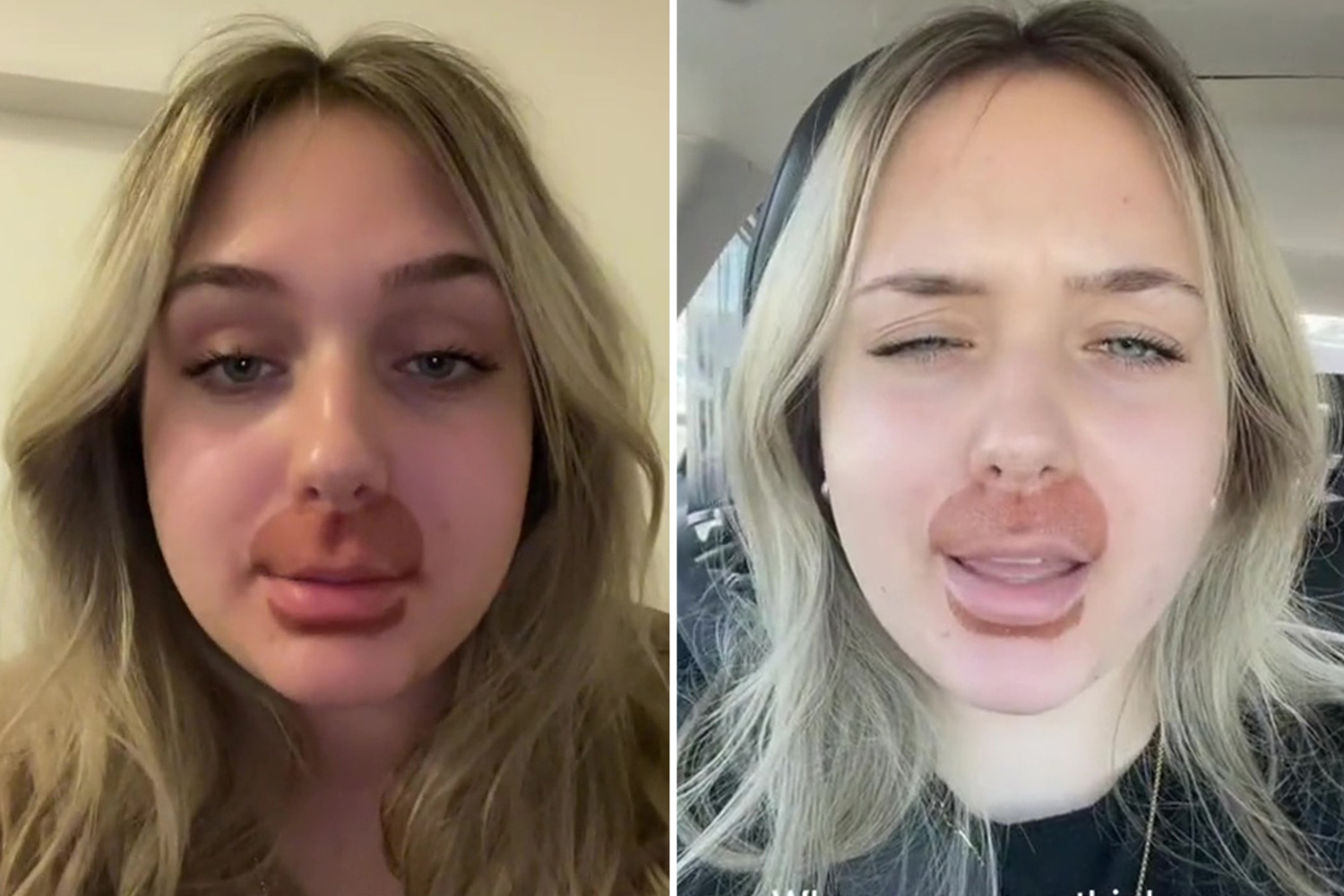 However, there were plenty who agreed with Lili.

“Finally someone’s said it!” said one, while a second agreed, “Exactly! both ways can hurt the exact same way!”