KIMBERLEY Walsh has stunned fans with her incredible physique in recent weeks – while she takes to the stage for Big: The Musical in the West End.

And many dieters, desperate to follow in her footsteps, have been left asking exactly how the former Girls Aloud singer, 38, has managed to trim down.

In particular, Kimberley revealed she lost three stone after giving birth to her youngest son Cole Scott in 2017.

Since then she has successfully kept the weight off and has showcased her svelte figure through a string of snaps on social media.

Kimberley, who is now a healthy size ten, says: "For me, it’s not about being thin – I like having shape and definition."

Here, we take you through how Kimberley lost her baby weight…and now continues to stay in shape.

Kimberley has credited zero gravity pilates for helping her to lose weight and transform her figure.

She told The Sun: "I’ve been doing zero gravity pilates which is a tame version, it’s hard strength wise, for me that’s really good, to feel strong, I’ve never been great at cardio."

Zero gravity pilates is a low-impact exercise that concentrates on strengthening the body, with an emphasis on core strength. 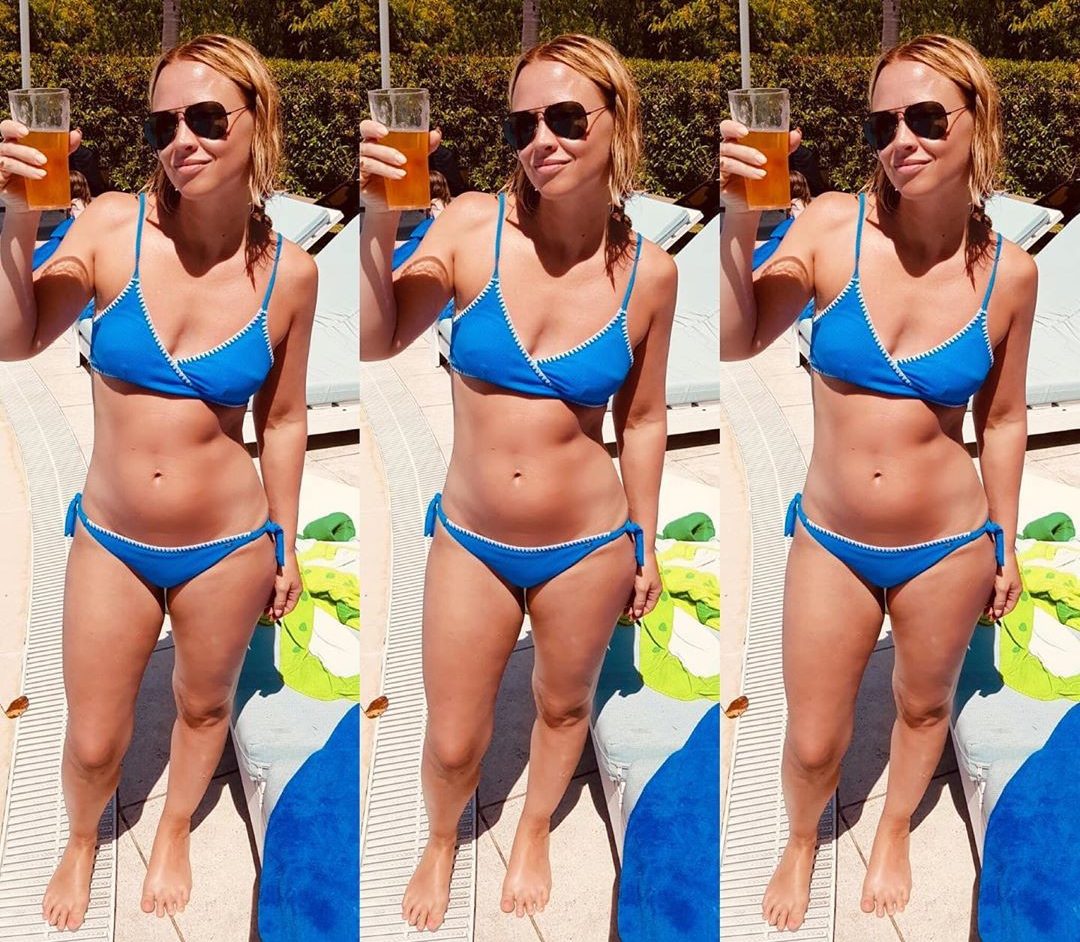 Kimberley admits that she keeps the weight off by regulating her portion sizes – however, she never deprives herself of her favourite treats.

She said: "I’ve never been one to get away with strict diets I’m more about portion control, I won’t deny myself anything, I’m not very good at it.

"If I restrict myself I actually put on more weight."

Kimberley says she lost more than a stone through sessions with her personal trainer Peter Maciver, aka PMac.

She says she was "coerced" into hiring him by Rochelle and Marvin Humes at Rochelle’s 30th birthday party in March.

Speaking about her training sessions, she said: "It’s good, because it pushes you. I usually see him once a week just to keep me motivated."

Kimberley is currently starring in a nine-week run of Big: The Musical in the West End alongside former boy bander and fellow Strictly star Jay McGuiness.

She says dancing has helped her stay fit and that eight shows a week requires stamina.

She added: "Jay and I are doing a little bit of dancing in rehearsals, so that is helping. I’ve got back to where I was before."

Kimberley credited SlimFast shakes with helping her get in shape after having a baby – having signed up as the face of the brand.

"The shakes are great when I’m working out because they’re high in protein," she said.

"I always thought I’d struggle with a diet plan that only has sweet food. SlimFast snacks suit me because there are savoury options. My favourite is the Spicy Thai Noodles, at only 70 cals."

6. Focusing on health and happiness

One of Kimberley's life mantras has always been about focusing on happiness first and looks second.

She has celebrated her body on social media, especially after becoming a mum to two boys.

Earlier this year Kimberley posted two pap pictures side by side on Instagram, one taken on the last Girls Aloud tour when she was at her thinnest, and another in a bikini, four months after first baby Bobby, now five, was born.

She wrote candidly about putting things in perspective – in the second shot, she had just “created a human” and hoped that other mums would find comfort in seeing the reality of her post-pregnancy body.

“I’ll take one for the team,” she wrote.

And she has since reiterate: "My stomach has held two babies, it’s wrinkly, it’s got that ‘mum tum’ skin and that’s not going to change.

"The kids have wrecked my body, there’s no denying it – I breastfed both of them and that’s quite clear.

"But all I think about when I see them is: ‘I actually made you!’ Women have kids every day and it’s amazing we can do that with our bodies. I’m not special for being able to do it, but it’s crazy that we can."