Meghan Markle wears £11,000 designer outfit for her final outing as a royal

MEGHAN Markle made a very stylish exit from her royal duties as she performed her final engagement today.

The Duchess of Sussex arrived at Westminster Abbey in an all-green ensemble as she waved goodbye to her royal duties. 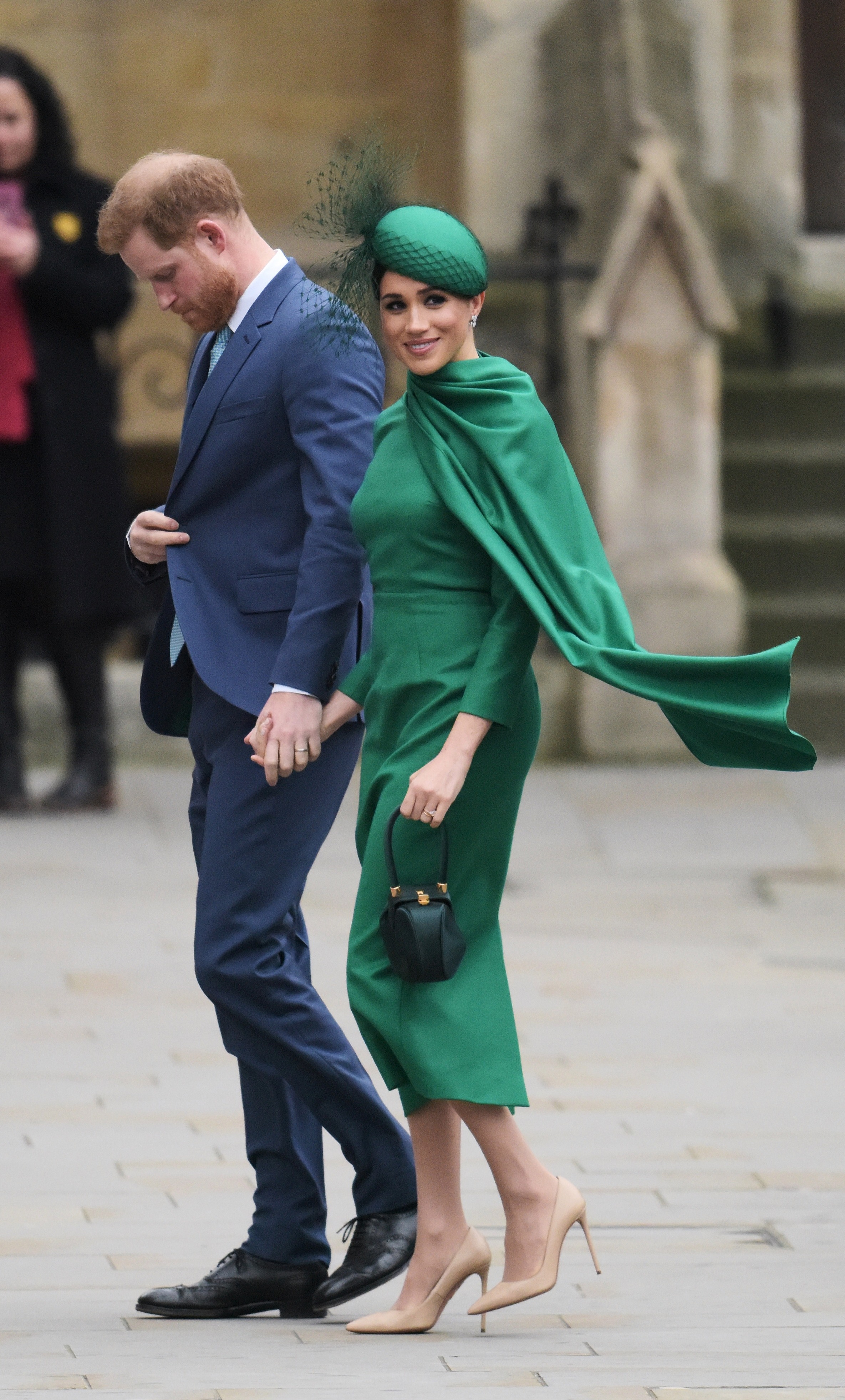 And Meghan, 38, decided to push the boat out when it came to her style swan song, wearing an-all designer outfit with an estimated cost of almost £11,000.

The stunning green dress is by one of Kate Middleton’s favourite designers Emilia Wickstead.

While Meghan’s dress is bespoke, the caped shoulder design was inspired by a blue wool jumpsuit by the brand costing £1,450.

Always a stickler for coordination Meg paired her dress with a hat of the same shade by milliner William Chambers. 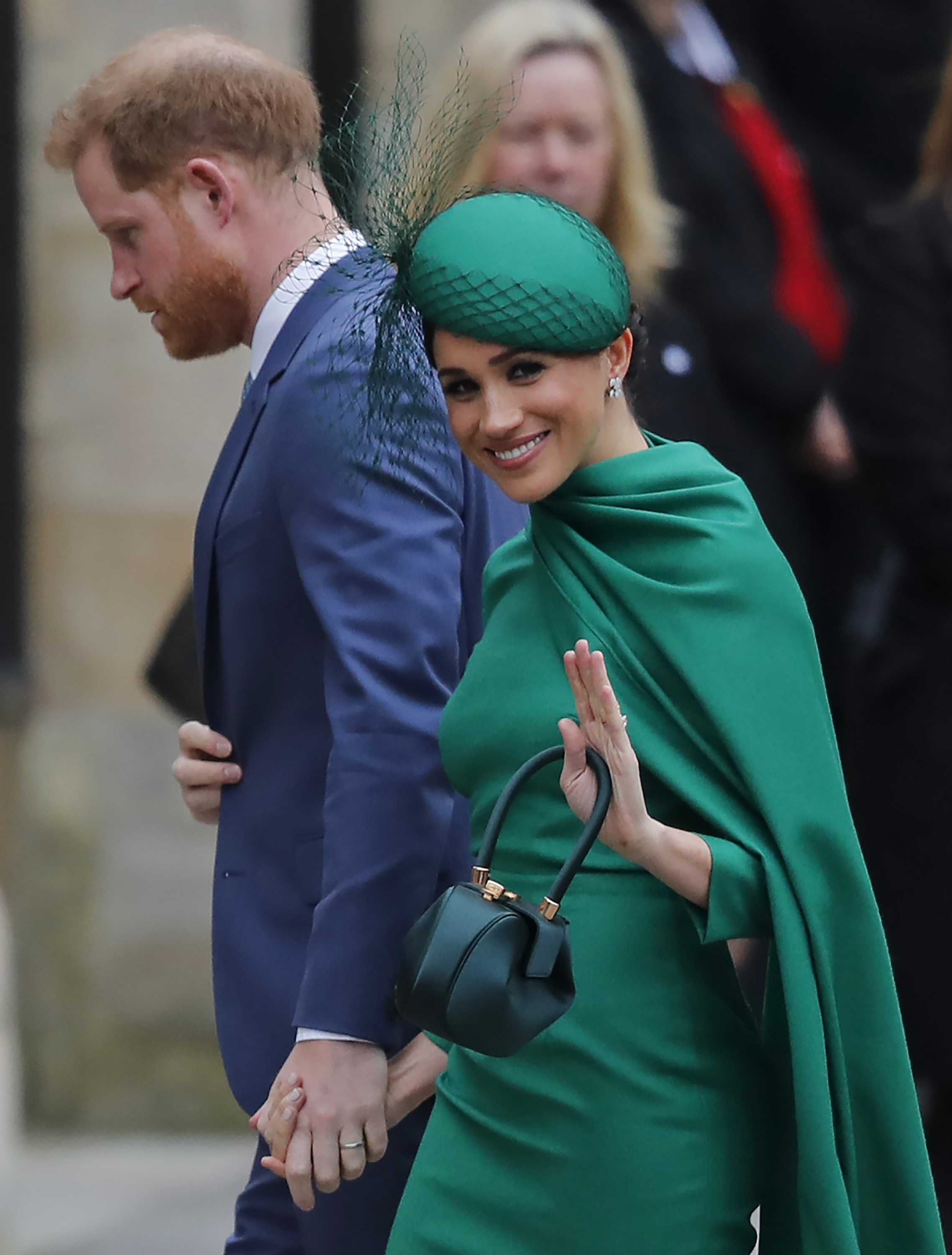 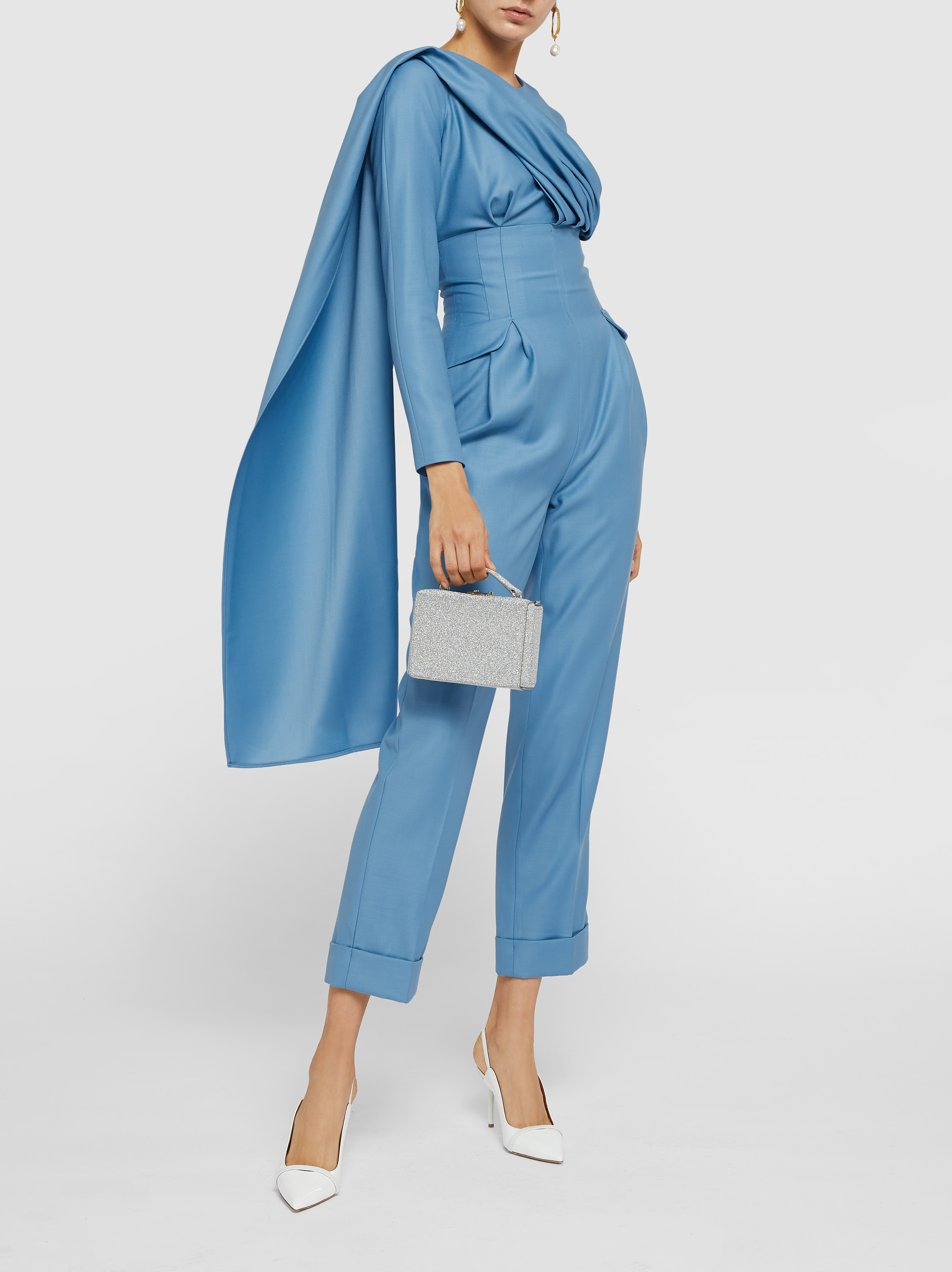 Again she had the hat custom made to match her outfit, but similar styles are available to buy at Harrods for the princely sum of £630.

She could be seen carrying a dark green Demi satin tote by designer Gabriela Hearst which comes with a price tag of £1,519.

Unsurprisingly Meghan relied on an old favourite when it came to her shoes, opting for a pair of nude court heels by Aquazzura.

The brand has proven a popular choice during Meghan’s time as a royal and pairs in different shades can be purchased for £440. 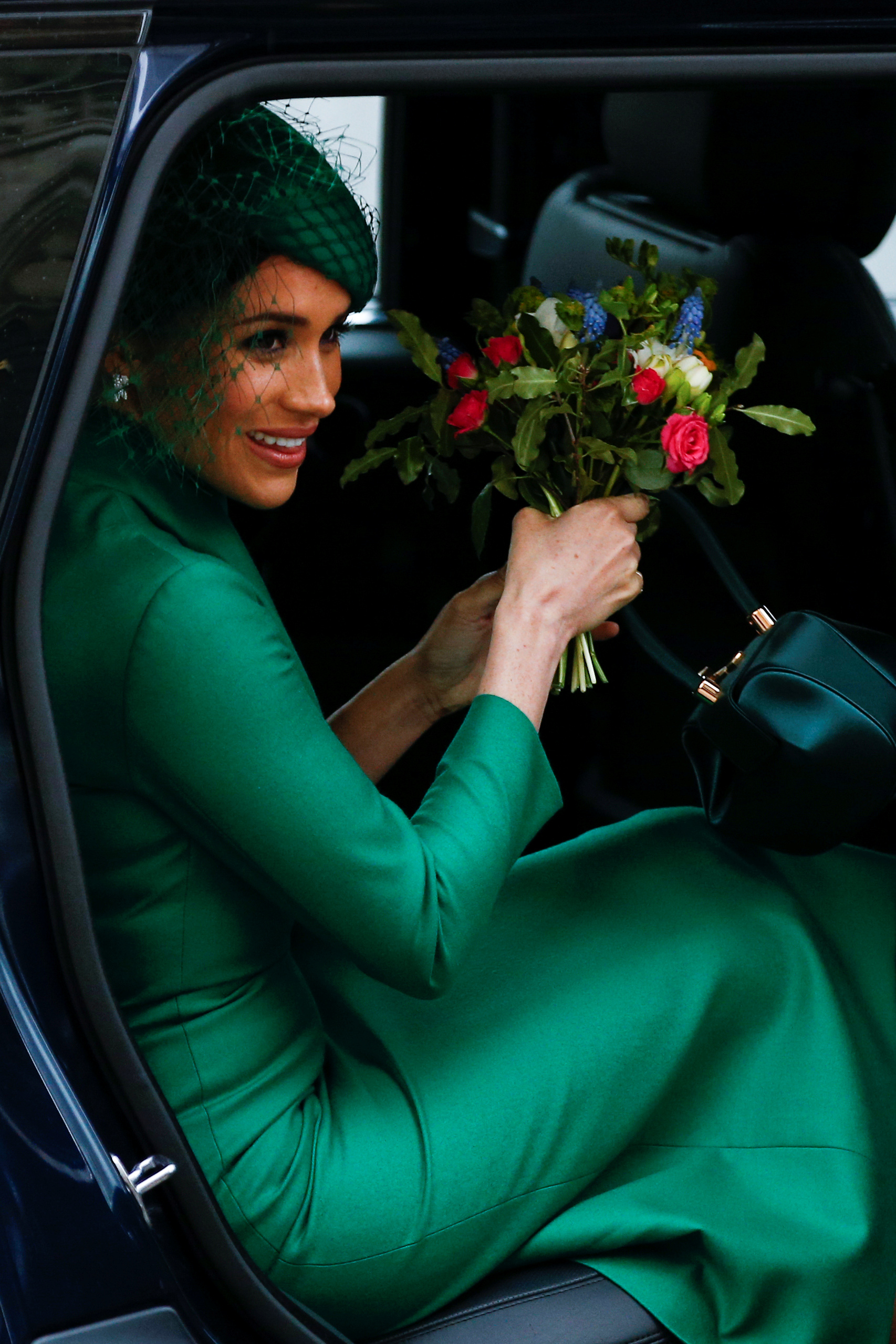 By far the priciest item in her ensemble was a pair of diamond ‘Snowstorm’ earrings by the Canadian jeweller Birks.

The 2.15ct accessories, which are said to be inspired by icy Canadian winters, have an eye-watering price tag of £6,700.

The earrings are not a new purchase however, with Meghan first spotted wearing them just two days before her wedding to Prince Harry. 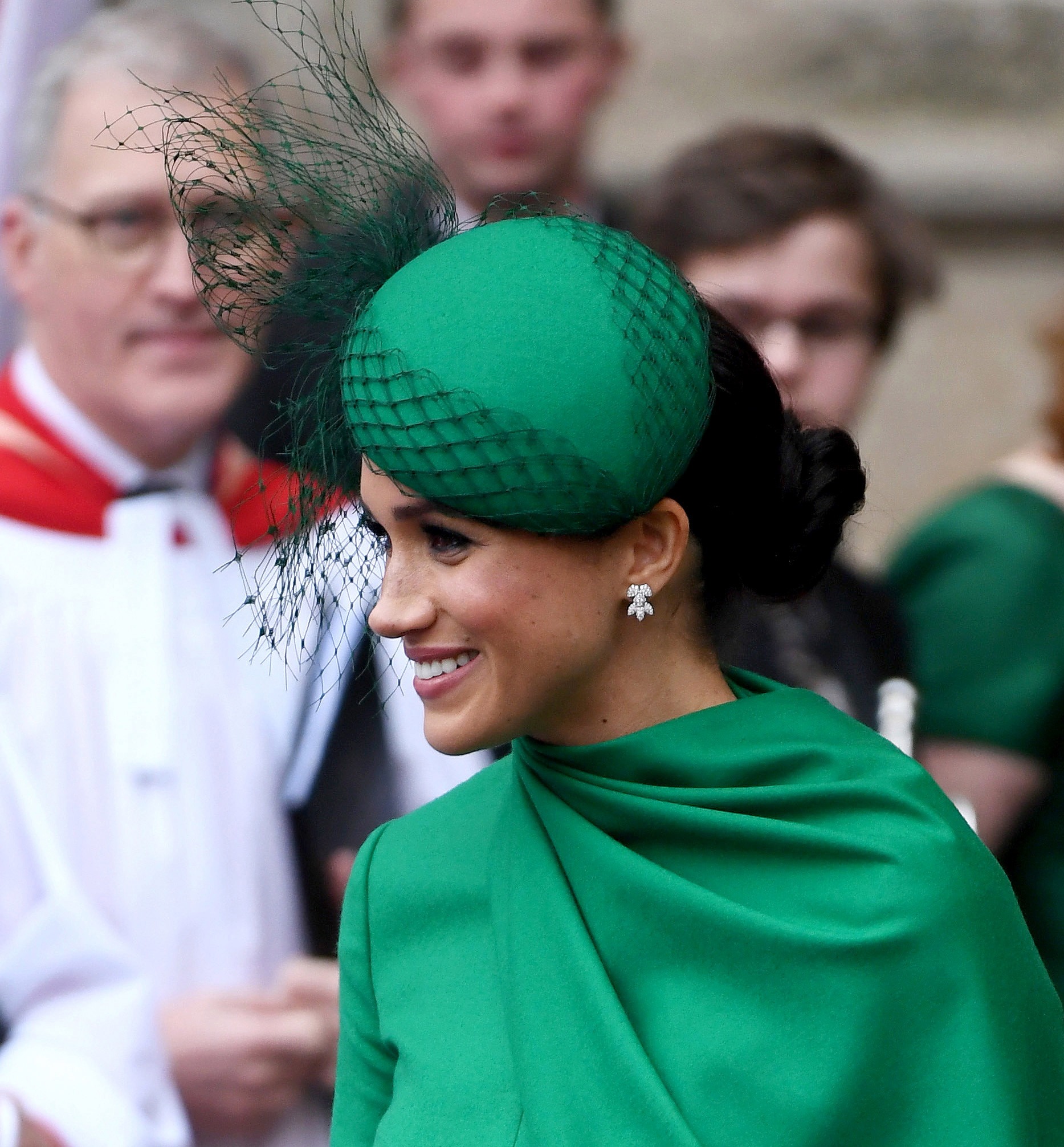 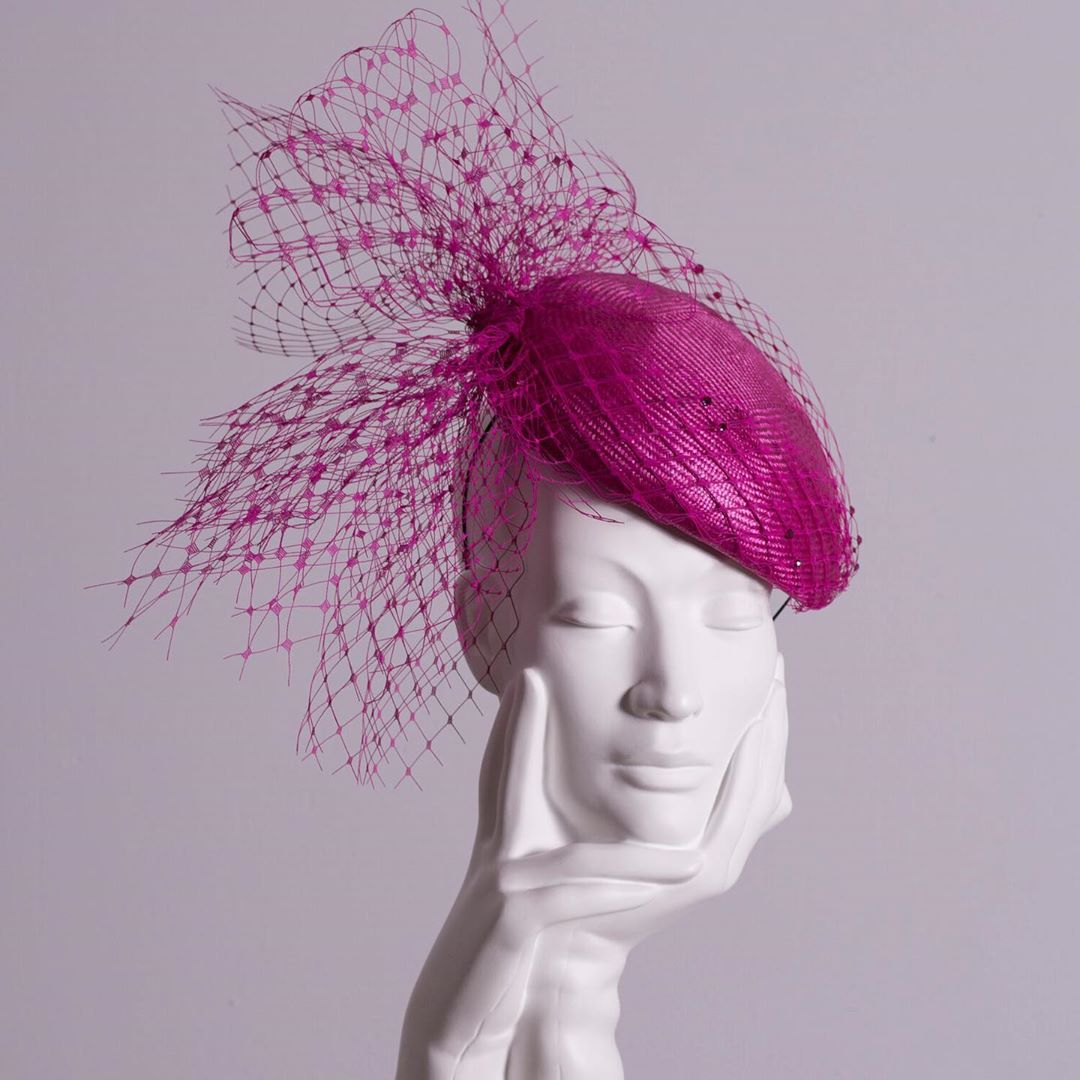 Today's service marks the first time the Sussexes have appeared with the Royal Family in public since dramatically announcing they were quitting.

The Duke and Duchess of Sussex held each other's hands in a united front as they sat with the Royal Family for their last public engagement at the Commonwealth Day service.

And in contrast to last year, Harry and Meghan, along with Kate and Wills, did not join Her Majesty's procession through Westminster Abbey.

Instead, they were shown to their seats rather than walking in behind the Queen like last year.

Meghan came face to face with the Queen for the first time yesterday as she headed to church in Windsor with her husband Harry and the monarch.

While Harry has sat down with his grandmother several times since January, Meghan has been in Canada during Megxit talks.

In other royal news, we told you how Meghan's £400 necklace included a sweet message from Prince Harry.

And "adoring" Meghan Markle and Prince Harry showed their "honeymoon" affection during their first post- Megxit event, a body language expert has claimed.

Plus actor Riz Ahmed tried to "spud" the Queen when he was baffled by her peculiar handshake.