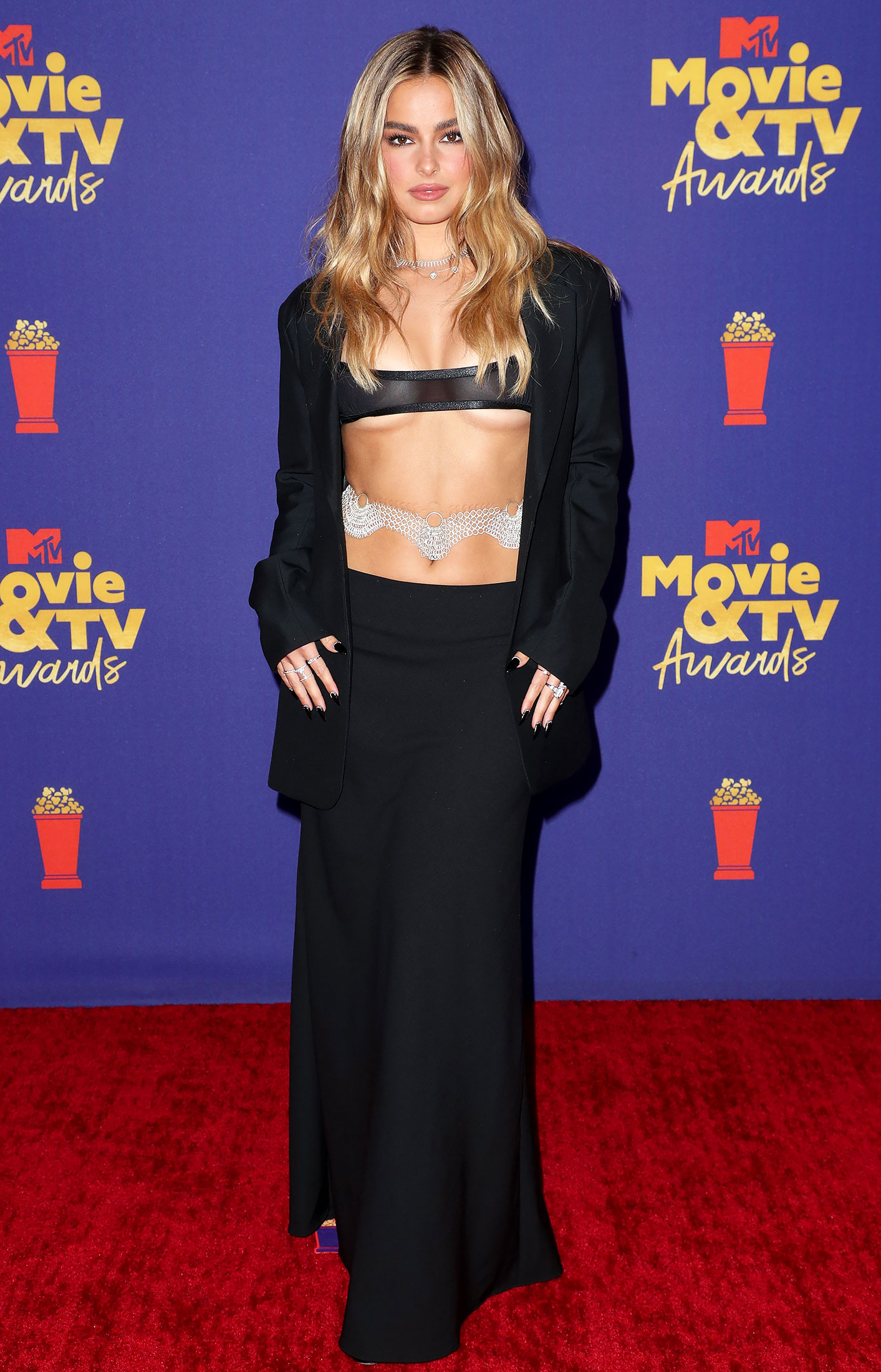 Excuse Us?! It’s time to pump the breaks and stop and stare, because Addison Rae just shut down the 2021 MTV Movie & TV Awards red carpet in a very (we repeat: very) sexy ensemble.

The 20-year-old TikTok star made quite the statement in a Christopher Esber ensemble. Now, Rae is no stranger to the sexy bikini photo or a latex look. But, this barely-there two-piece set certainly took her style to a whole new level.

On the bottom, she wore a black skirt that was rather conservative, but the top half of her look definitely showed some skin! Seriously, the only thing covering her bare chest was an itty-bitty see-through bandeau.

While the dress — or lack thereof — was the focal point of the look, Rae’s accessory game was pretty strong too. She wore Stuart Weitzman heels as well as Djula and Le Vian jewelry.

Before heading to the show, the “Obsessed” singer, who was styled by Law Roach, took to Instagram to show off her outfit. But the risqué fashion choice was met with a mixed set of reviews from fans and friends.

Some were major supporters. One was so struck by the look, that they begged, “Someone come pick up my jaw.” Another fan chimed in, “YOU LOOK SO HOT,” while another user said, “Icon status.” 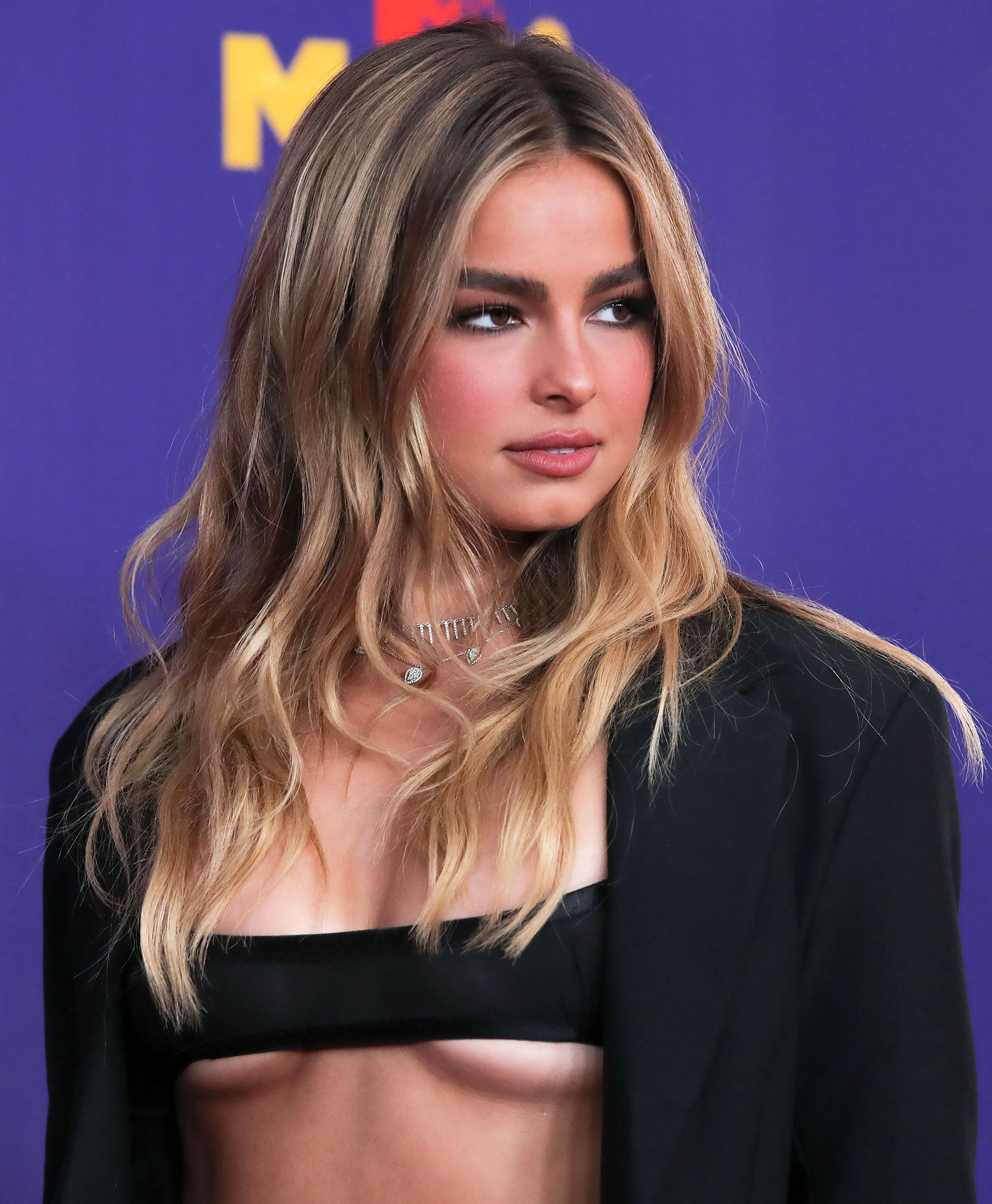 But it wasn’t just rainbows in sunshine in the comments. A few people thought her look erred a little too much on the sexy side, calling out that she’s a role model for young kids.

“Girl … your target audience is 10 year olds,” one fan said. Another pointed out that the look was “quite revealing,” while someone else added that “there’s kids on this app.”

Of course, a scantily-clad Instagram post from the Item Beauty founder wouldn’t be complete without a few Bryce Hall call outs. Rae and Hall had been dating on and off since late 2019, but Us Weekly confirmed in March 2021 that the former couple officially called it quits.

Rae, who was a presenter at the MTV Awards, switched into something sweeter after walking the red carpet. When she strutted on stage to present the award for best kiss, the dancer was wearing a green floral print dress, which featured a high-low silhouette.

As for who took home the popcorn for their on-screen smooch? Outer Banks’ Chase Stokes and Madelyn Cline.