IF YOU think you’re ever too old to change career – these ladies will prove you wrong.

With the state pension age on the rise, we meet three women proving it’s never too late to follow your dreams. 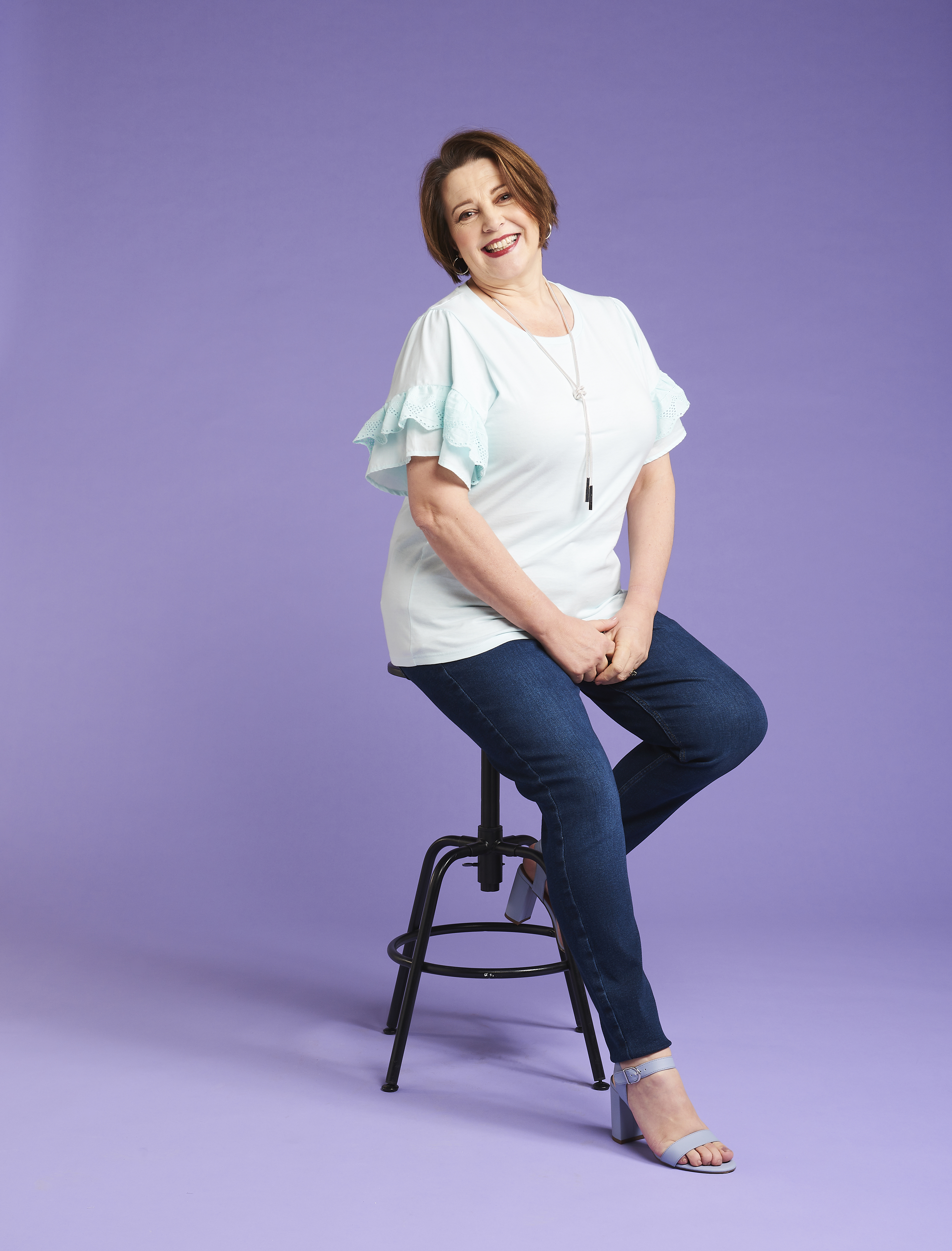 Paula Wilkinson, 54, owns a cake delivery business and lives in Maidstone, Kent, with husband Ian, 55, who owns an IT company, and children Mollie, 16, and Jake, 14.

“As I thought about my niece Davina, who was dying of breast cancer, I decided to send her a cake. She loved cake, so I knew it would make her smile. Davina and I were close, and when she was diagnosed with breast cancer at 42 in 2013, I was devastated. She vowed to spend more time with friends and family, which almost always involved coffee and cake – we even went to The Ritz for afternoon tea together.

When Davina found out that she only had a few months to live in October 2015, the whole family went into shock. It was her birthday the next month, and I thought about sending flowers to her and her mum – my sister Sheila, 68 – to help cheer them up, but I knew the next time I bought them would be at her funeral, so I decided to send a birthday cake instead.

After searching online, I found there were no options to have a hand-made cake delivered to Davina from a local baker. It sparked an idea to build a website that connects customers with local bakers who could make cakes to order by inputting their postcode.

I’d been a stay-at-home mum for 11 years, and hadn’t had a job since I worked in marketing in 2004. I felt unsure, but Ian told me I was on to something and urged me to give it a go.

Before Davina passed away on December 7, 2015, I told her about my idea and she was so excited for me – she loved that she had been the inspiration. After her funeral it was her support and the realisation that life is so short that kept me going as I turned my dream into reality.

I came up with the name Mums Bake Cakes, as I wanted to feature mums who like baking and wanted to make some extra cash, as well as professional bakeries, and we began in December 2015 using a start-up government loan of £25,000, as well as £55,000 from a business partner.

We outsourced the web design, and after the website launched in January 2016, several hundred bakers across the country signed up. We now represent 500 companies – both mums and businesses. On a day-to-day basis the website runs itself, and I liaise with our web team on any changes. 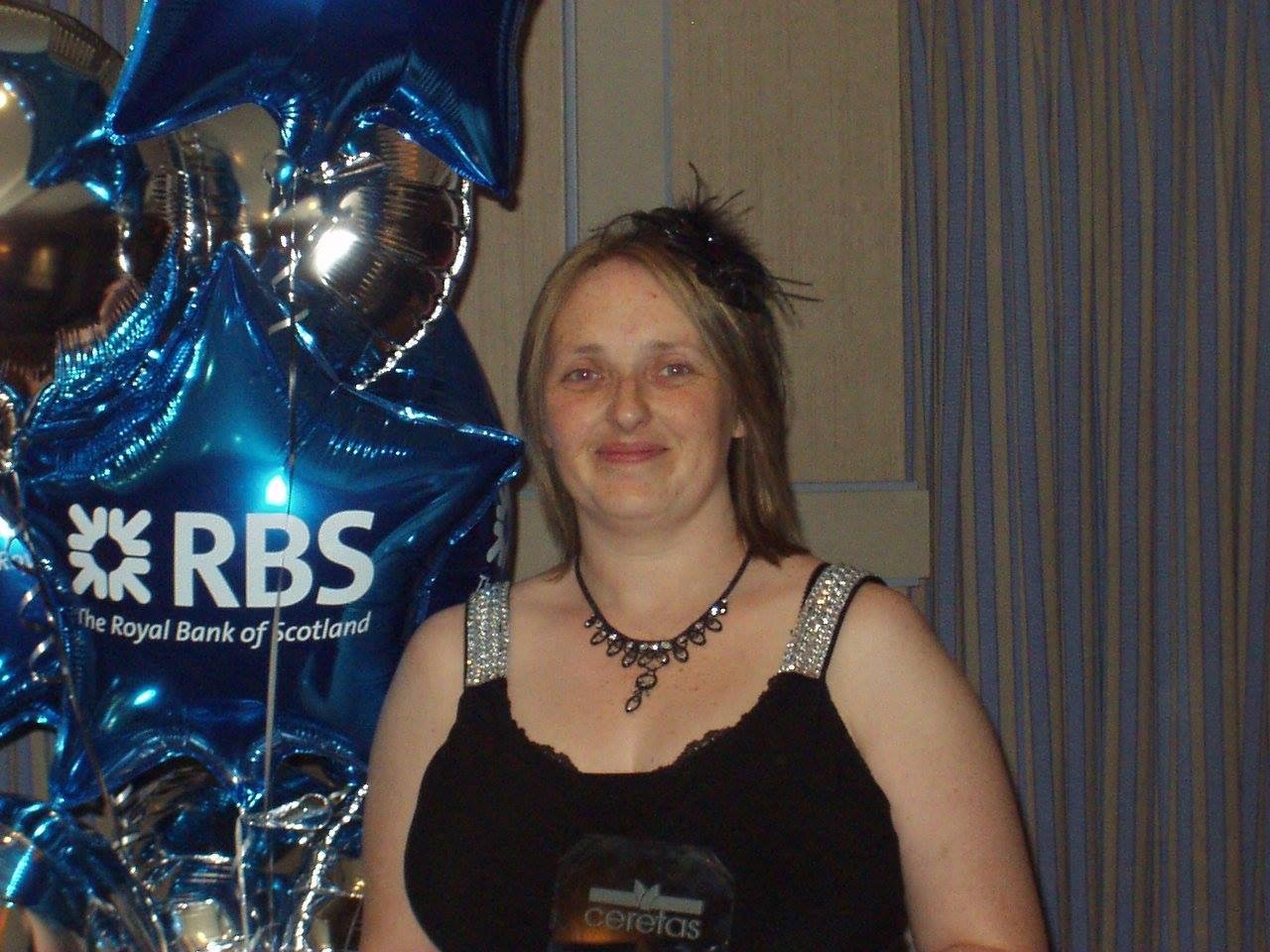 We’ve recently employed a marketing team to help grow the business. Last year, we had 2,000 orders, though many of these were for thousands of cakes – one company ordered 3,000 brownies!

We’ve got big corporate clients, too, such as make-up brand Too Faced, who orders cakes for its make-up counters in Debenhams. The best part is that I’m back in work and learning new things – as well as having conversations with adults again. We take 14% commission from each order, and last year we turned over £150,000.

At the moment, the money is invested back into the company. I know that Davina would be proud of me. Her social media pages were full of pictures of the cakes she loved to try, so she’d be busy testing all the cakes from the website.

She was my motivation, and I’d recommend that any women with a good business idea look into it – you never know how big it could be. Even if you’re in your 50s or older, it’s never too late.”

‘After years of looking after my boys, I’m doing something for me’ 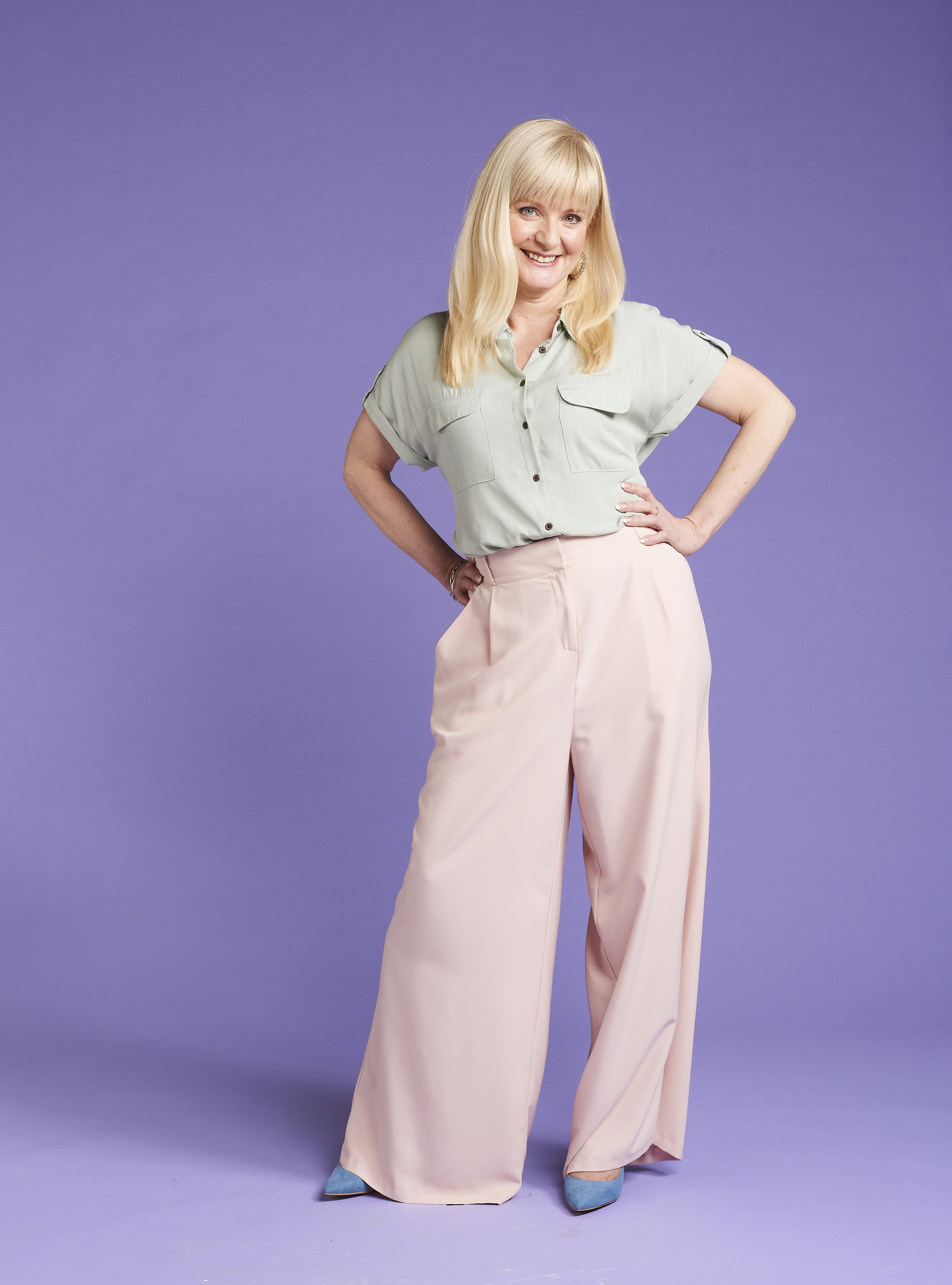 “As I read out a speech about a man I’d never met before, I saw his wife crying in the front row of the crematorium. It was my first day in my new career as a funeral celebrant, and though it was emotional, it felt so right.

Death never frightened me, it just seemed like the next stage in life. When I was at Liverpool University studying English in 1987, I remember asking a friend what songs she’d like played at her funeral, because it was something I often mulled over. She was freaked out, but it seemed natural to me.

When my granny Flora died in 1990 aged 92, I remember her funeral being very sombre. I didn’t recognise her personality in the service, and thought there must be a better way to celebrate someone’s life. After uni, I became an English teacher, got married, had my three sons then split with my partner in May 2003.

At school, my students would often ask me tricky questions about what happens when we die. I never shied away from the subject and found having conversations about it really interesting. In my summer holidays, I also helped out a funeral director friend, doing some admin for him. I found his business fascinating, and it got me thinking.

In January 2019, while I was still working as a teacher, I trained as a funeral celebrant with Humanists UK, a non-religious organisation that campaigns for human rights, and also provides non-religious funeral ceremonies for people across the UK. The job involves officiating funerals, as well as supporting the families of the deceased and helping them to work out what they want from the day.

Though I loved teaching, in April 2019 I decided to give up my £40k a year job and take voluntary redundancy. At 50, I felt that I was at a crossroads in my life, and this was my chance to do something different. I qualified as a funeral celebrant that month, and officiated my first ever funeral last May.

It was for a man from the Welsh Valleys who had died after 65 years of marriage. When I spoke to his wife about him, she said he was “just an ordinary man”. But after she told me stories about their time together, it was touching when she said: “Actually, he was so much more than an ordinary man”. I knew then that I was in the right job. 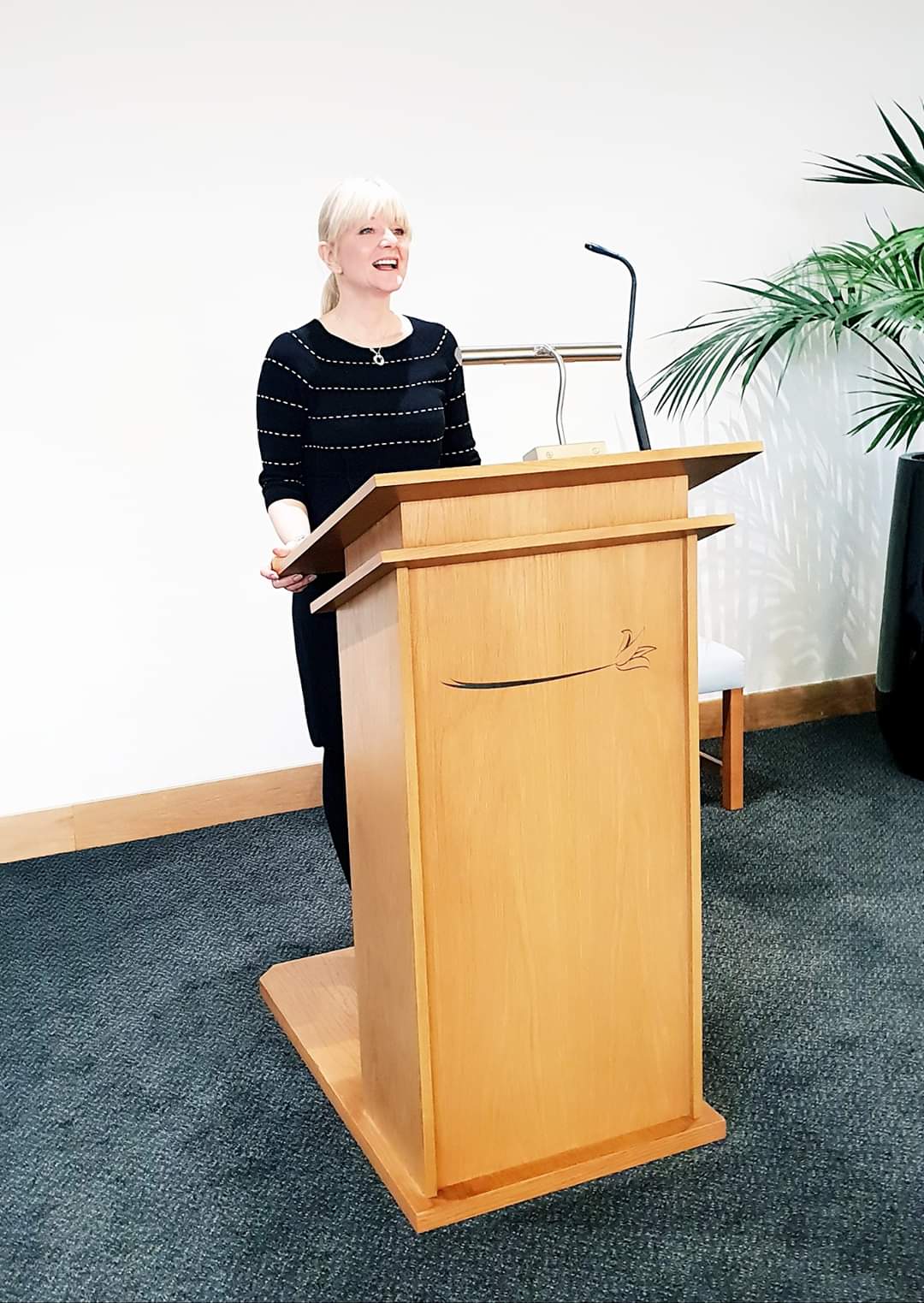 I was also deeply affected by the death of a 25-year-old man, and as his friends played music he loved during his funeral, I felt very emotional. Though a few people think my new career is weird, my friends are pleased that I am doing something for myself after years of looking after my boys. I earn £180 per service, and have done 170 so far – earning around £30,000 in the last nine months.

In November, with £9,000 of my redundancy pay, I founded a website called My Way To Go. I’d had an idea years before to create a space where people could write down their funeral requests, making it easier for their families once they die.

So far, we’ve had hundreds of people of all sorts of faiths sign up, and on it they can record their wishes for music, flowers and even create a mood board. We charge £10 per year for the service. However, the website is not something I’m trying to make money from, the motivation is making grief easier for people. We also give 10% of the profits to end-of-life charities.

While some women my age might be happy to rest on their laurels, my new job is just the beginning for me and has given me a new lease of life. It’s a shame that death is still so taboo, and people seem to think that by acknowledging it, they’re inviting it to happen. It’s actually much healthier if people can accept the situation.

Thanks to my new career, I’ve seen first-hand how short and precious life is, so don’t ever be afraid to take risks and follow your gut.”

‘From joining a nunnery to coming out as gay, my comedy act covers it all’ 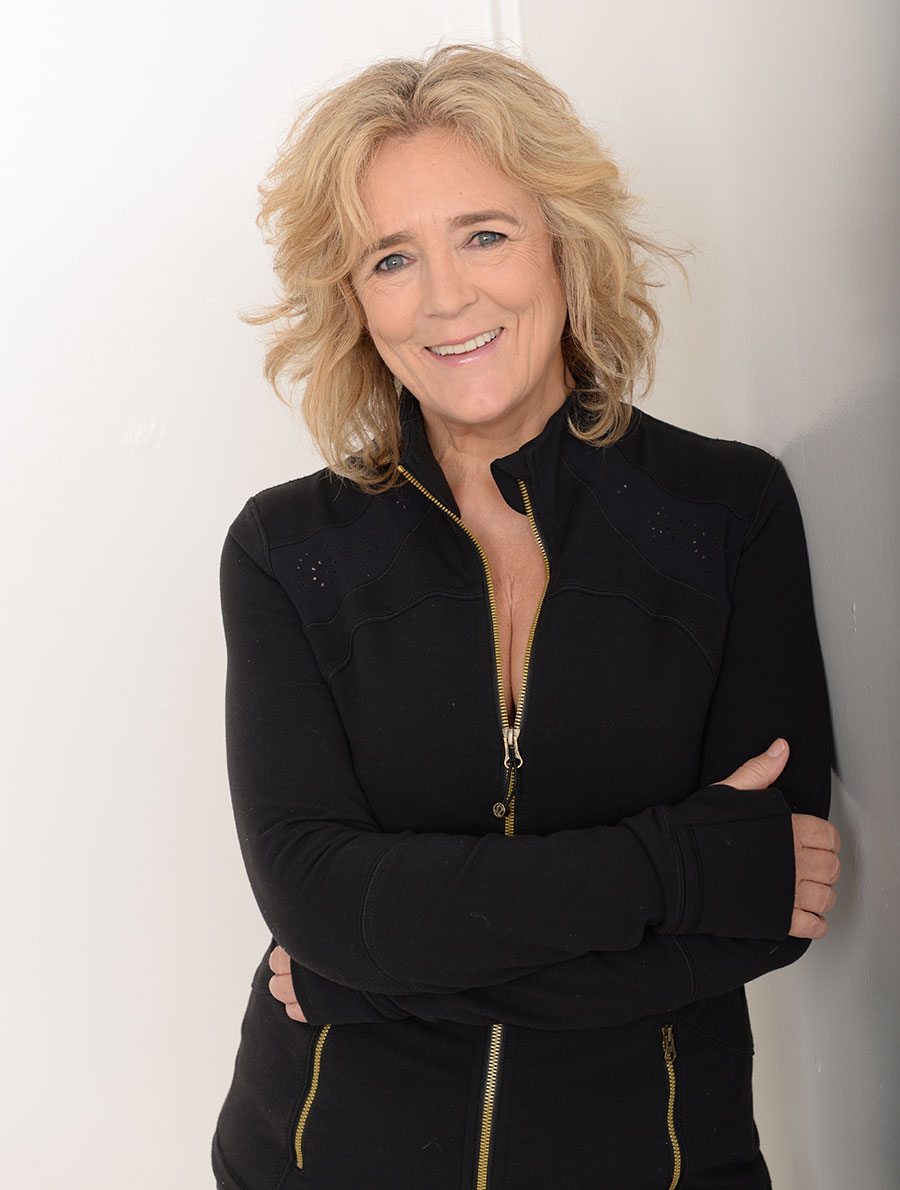 Fiona Goodwin, 62, is a stand-up comedian and lives in Los Angeles.

“As the crowd broke into laughter, I felt a surge of adrenalin. It was my first ever comedy gig in front of 500 people, and though it was terrifying telling jokes to such a big audience, aged 50, I felt like a natural.

Growing up in Cambridge, I first realised I fancied girls when I was about 12, but I didn’t want to admit it to myself. It was 1970 and my mum thought that being gay was ‘unnatural’, so in my teens, I dated boys and kept my sexuality a secret.

After studying abroad for a year in Italy in 1978 aged 20 as part of my French and Italian degree at the University of London, I decided to join a convent there and went into training to become a nun, hoping that it meant I could avoid coming out. I loved it – I had no problems with relationships and I didn’t have to worry about acting straight. 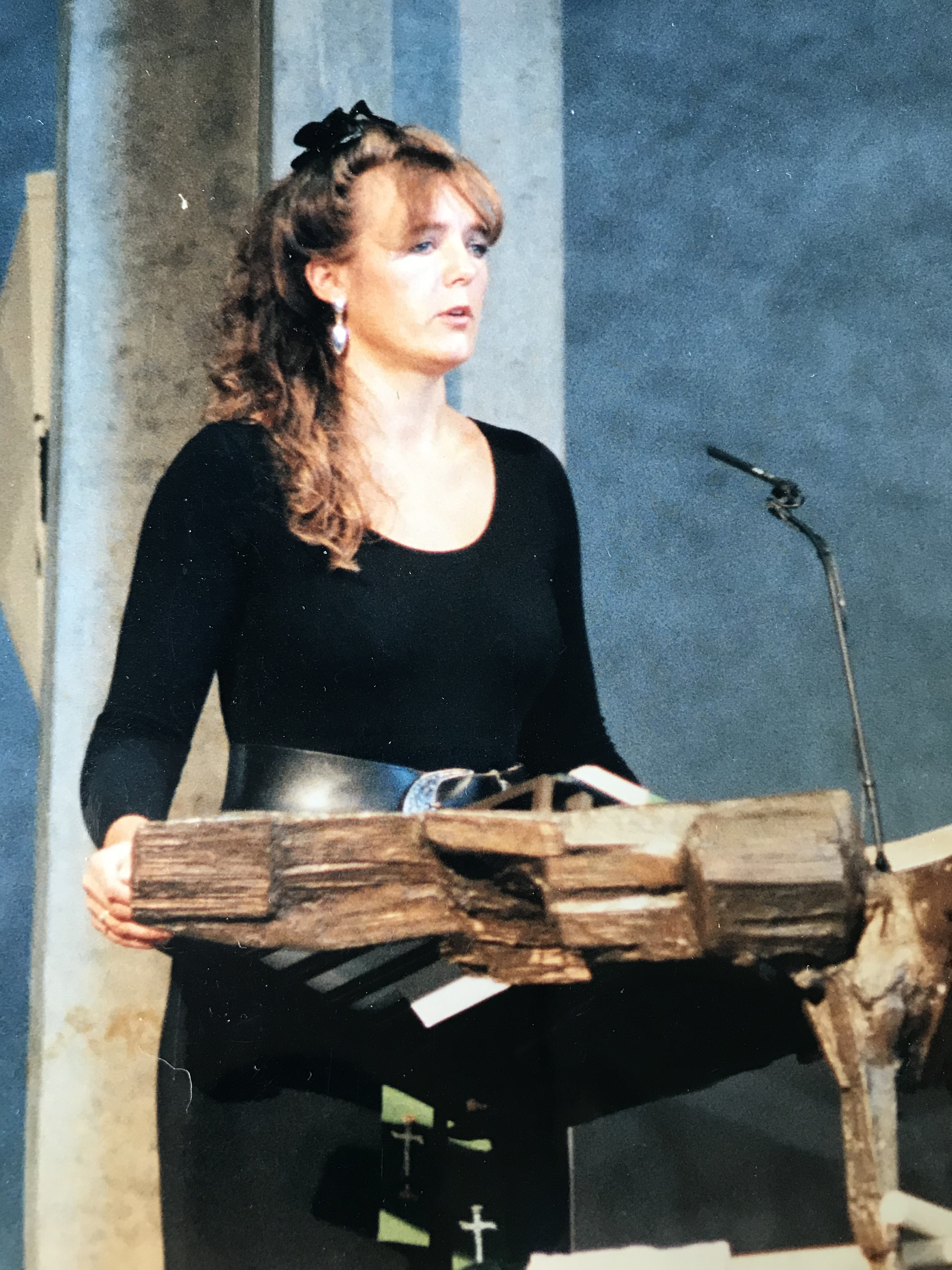 But I ended up returning to London after a year in the nunnery to finish university, and realised that I wanted to live in the real world, after all. I started working as a French and Italian teacher in Leamington Spa, but by 2002 I was craving a change and wanted a new start, so I began a master’s in psychology in California. In Hollywood, it didn’t matter if I was gay or straight.

I’d secretly had relationships with women over the years, but while I was there I could finally be open. After I finished my master’s, I began to work as a psychotherapist, and officially came out to my American friends at the age of 48 in 2006. It was a huge weight off my shoulders, though I had a mixed reaction from friends in the UK.

Some said: “What’s the big deal?” while others were horrified. My brothers and my dad were supportive, though I didn’t tell my mum for another couple of years. She wasn’t happy, but I know that her views were of her time and that she still loved me.

My first stand-up comedy performance was around 2008 in California, when a friend asked me to perform at a cancer benefit night. He paid me $100, because he thought that I would make people laugh, so I told jokes to the audience about being British – typical things, such as us having bad teeth – and they loved it. It was electrifying.

After that I began gigging in little clubs, fitting the shows around my day job as a psychotherapist. It was gruelling staying up until 2am without the energy I’d had at 30. But people really liked my performances, and no one heckled me. I also enjoyed hanging out backstage with the other comedians, who were mostly younger men and probably thought I wasn’t much competition for them.

Two years on, aged 52, I performed at well-known venues such as The Comedy Store, and did some gigs in the UK, earning up to £3,000 a show. Last year, I performed at the Edinburgh Festival Fringe, which was amazing, and I’m just about to tour the UK and America with my new show, A Very British Lesbian.

In it I speak about everything that’s happened in my life, from going into a convent, to running away to Hollywood and coming out. I love that I’m finally being myself and can make people laugh at the same time. I think that the 50s are the new 30s, and I would advise any woman to go for it. Comedy was a huge gamble, but it’s paid off.”