A WOMAN has issued a warning over wearing rings after she was forced to seek medical help, thanks to her finger swelling up and doubling in size.

One TikTok user freaked out others as she revealed her finger had turned purple and doctors needed to cut her rings in two in order to get them off. 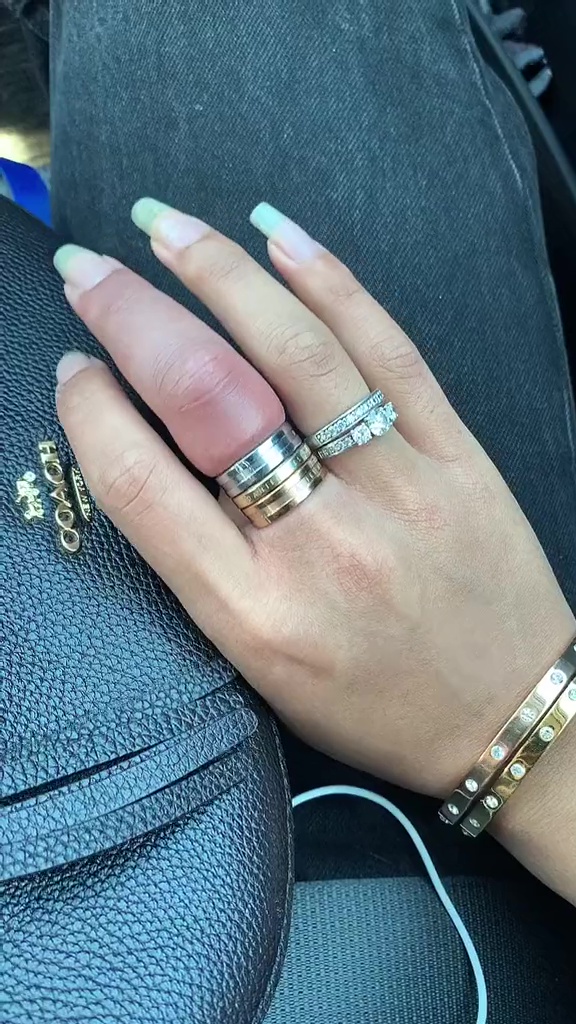 Sleeping in rings or wearing them in the heat can cause your finger to swell.

Water retention can cause the swelling and as a results, rings can get stuck and cause serious injury if not treated and removed.

Learning the hard way, the woman shared a video of her trip to the hospital after her finger, on which she had been wearing three stack rings, became swollen and turned purple.

Unable to remove the rings herself, she was seen by a doctor who loosened the rings with a gel before removing them from her finger with a ring cutting device. 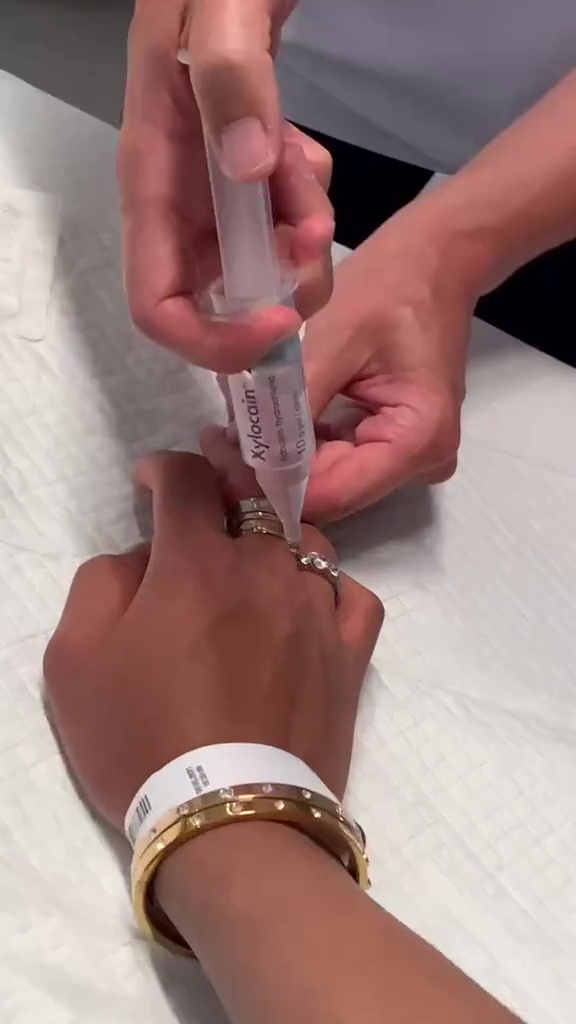 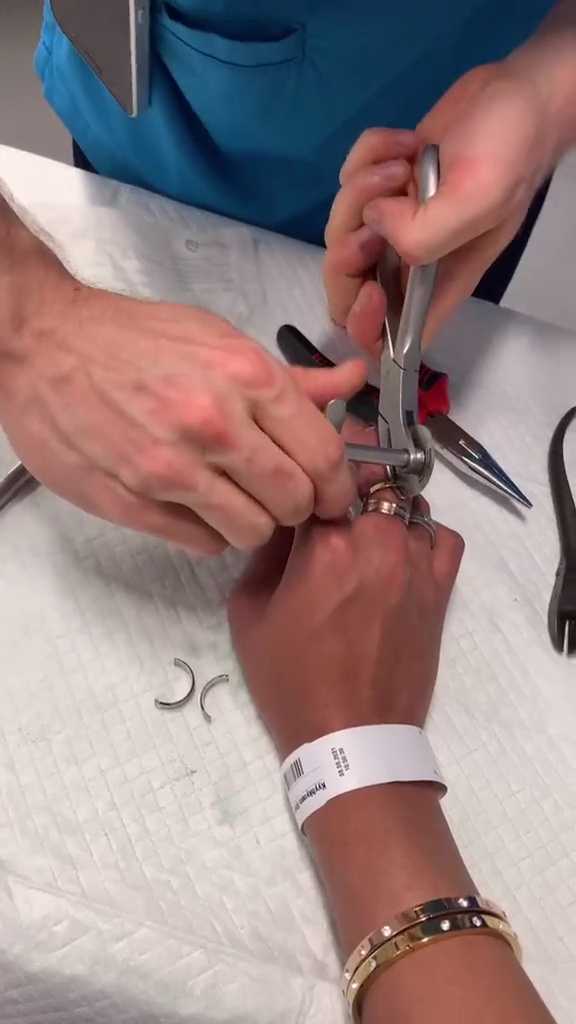 Underneath her finger was red raw, while the section above her rings was almost double the size from the swelling.

"[Hot] girl problems," the woman captioned her video, which has since gone viral online and been watched over 13million times.

People couldn't believe how calm she had been throughout the terrifying ordeal, with thousands commenting on her post. 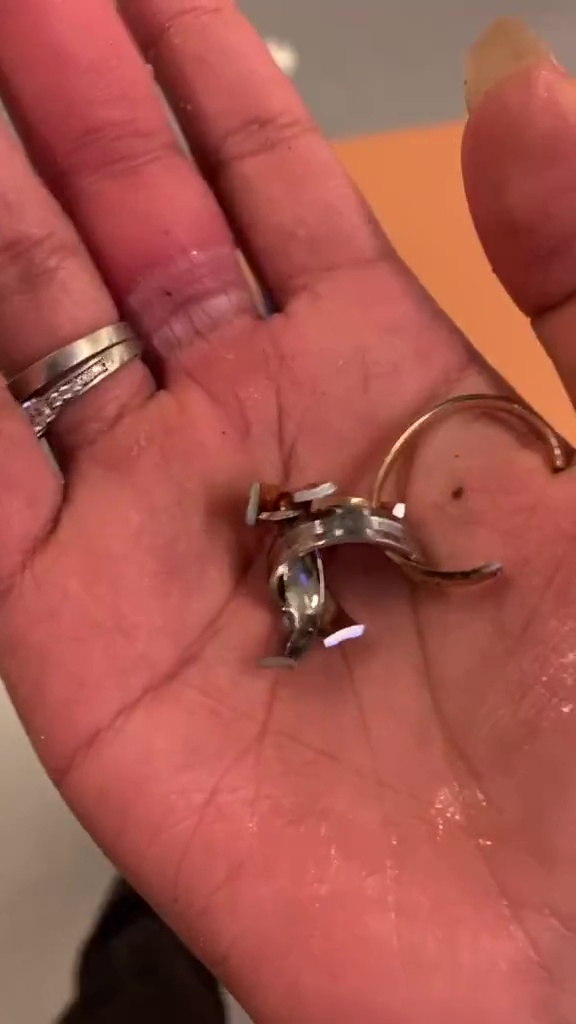 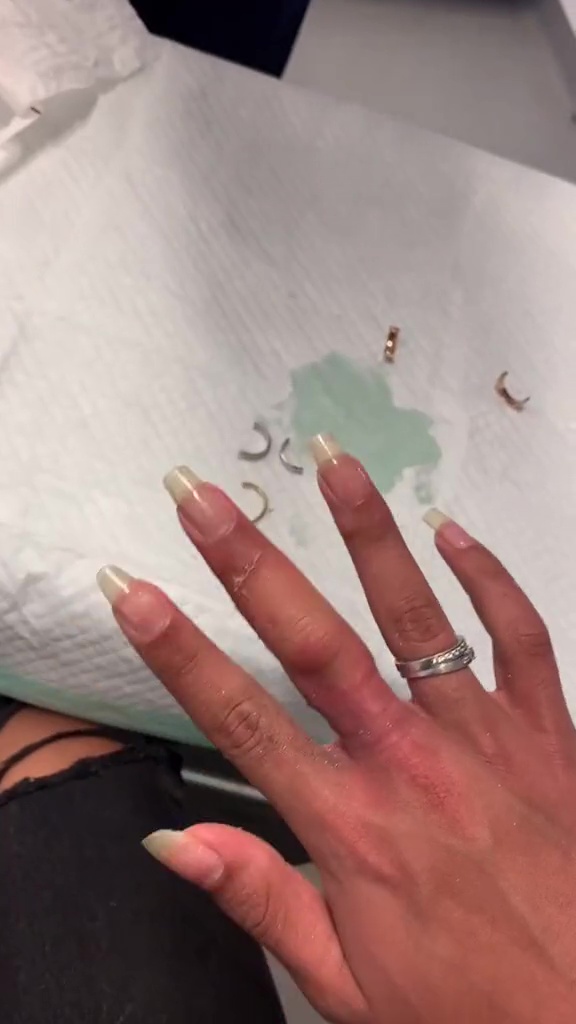 "New fear unlocked," posted one viewer that had been left freaked out by the girl's experience.

Another said: "JEEEZ I would cry and panic (sic)."

A third wrote: "No but how are u so calm I would just be crying the whole time."

One more added: "And this is the reason why I don't wear rings."

Others could relate and revealed that they had gone through similar.

"This happened to me like a term ago, it was so painful," one person posted.

Another revealed: "Been there done that. Husband had [to] cut them."

How to remove a ring from a swollen finger

When to seek medical help…

It's important to see a doctor before attempting to remove the ring if the swelling is from an injury or you have a cut/wound on your finger.

Medical help is needed to avoid additional damage and infection if your finger is swollen, discoloured and has no feeling.

Meanwhile, an expert warns against viral tumble-dryer cleaning hack saying it’s so dangerous it could cause a fire.

Plus, TikTok users have been warned against fake tanning hack which could damage your skin for YEARS.

And a bride-to-be blasts fiancé for ‘ugly a**’ engagement ring which cuts off hand circulation & then discovers it’s STOLEN.