2020 was a crushing year for ad agencies, with thousands of jobs lost in the US alone.

Marketing and tech industry mergers and acquisitions suffered in turn. Deals were down 19% in volume and 50% by total value, with no blockbuster deals like Publicis’ $4.4 billion Epsilon buy in 2019.

Still, M&A persisted during a global pandemic, and analysts think 2021 could be one of the most active years on record.

“We’ve never been as bullish about a year in January as we are now,” said Matt Hasson, managing director at investment bank Palazzo, which led recent deals involving S4 and Mountaingate Capital.

Investor interest has focused on e-commerce and performance marketing, two areas that thrived as advertisers moved their money in the pandemic as more people shop online.

Dooley Tombras, president of indie agency Tombras Group, said private equity firms want to buy businesses that can ride the e-commerce wave, then add content and tech capabilities to mimic the success of networks like You & Mr. Jones.

Much of the financial momentum comes from firms like Mountaingate, Shamrock, and New Mountain; the latter raised $10 billion across two funds one month after acquiring digital media agency Tinuiti in what one investor called a $650 million deal. New Mountain did not immediately respond to a request for comment.

Insider spoke to 23 ad industry executives who identified 9 companies that are on the market or would make attractive targets. The companies declined to comment for this story unless otherwise noted.

Byte, one of the agencies included in the original version of this story, was acquired by PE-backed network Dept less than two weeks after the story was first published. 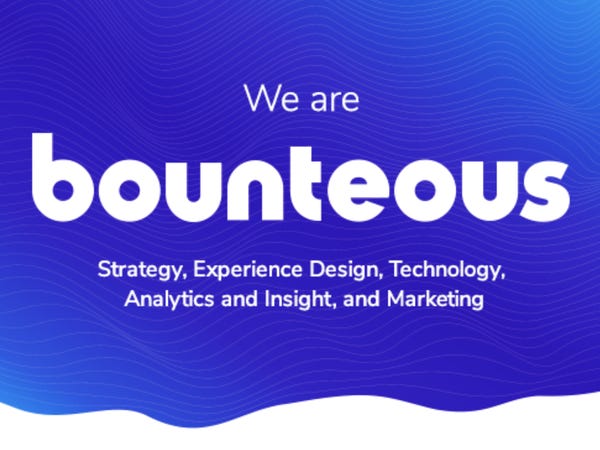 What it does: Chicago’s Bounteous helps brands like Domino’s Pizza and Coca-Cola develop e-commerce platforms, mobile apps, and digital campaigns, and it’s a prime example of private equity’s growing influence in the agency space. Mountaingate Capital created the company by combining prior acquisitions H2 Solutions, Luna Metrics, Infield Digital, and Demac Media in 2018.

In 2020 and 2019, Mountaingate sold two of its top marketing investments, Tinuiti and healthcare-focused network W2O Group, to larger New Mountain Capital. Lacey said Bounteous may be next to flip, and an investor suggested it will be up for sale soon.

Mountaingate and Bounteous didn’t respond to requests for comment. 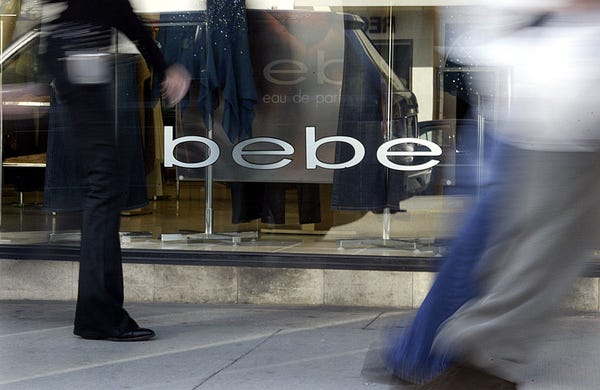 What it does: Branded Online builds e-commerce platforms and websites for fashion and beauty brands.

Why buyers want it: The agency’s focus on e-commerce with specific brands makes it more attractive than a more general “one-stop shop,” according to an investor.

The investor, who has direct knowledge of the agency’s finances, said agencies like Branded Online provide steadier returns because they’re not subject to the ups and downs of traditional account reviews, where one client can make or break an organization’s fortunes.

The investor said Branded Online’s claim to fame was turning bankrupt lingerie chain Frederick’s of Hollywood into a successful online store. Other clients include women’s retailer Bebe and the outerwear division of industrial conglomerate Honeywell.

The insider also said Branded Online is actively looking for a buyer after receiving money from several private equity firms. It raised around $8.5 million in two funding rounds, most recently in 2017.

Agency CEO Jan-Christopher Nugent did not respond to a request for comment. 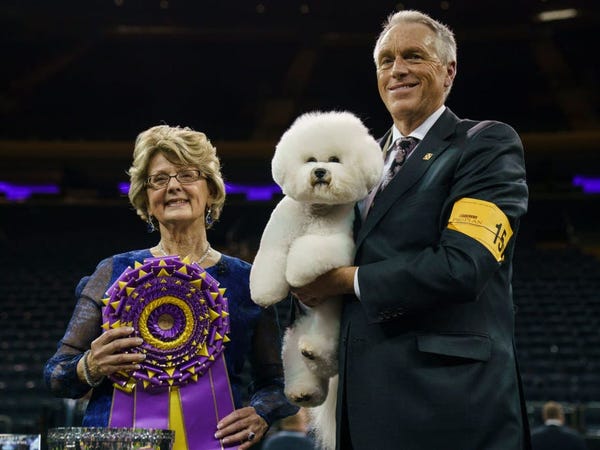 What it does: Glow is a New York-based digital agency that handles social media and experience marketing. In much of its 20-plus year history, it has specialized in working with entertainment industry clients like Showtime, Hulu, and BBC America.

Why buyers want it: Glow’s client roster includes big media names along with tech giants Spotify and YouTube, and it recently expanded into the pharma market with brands like Prilosec.

A person close to the business said Glow has received multiple buyout offers over the past 18 months from holding companies, private equity firms, and other independent agencies looking to build their social media services or establish a US presence. 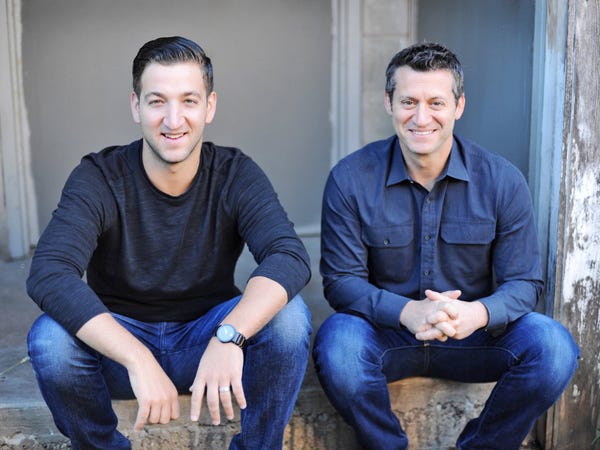 What it does: Highdive is creative agency that makes broadcast and digital campaigns for brands like Jeep, Barilla, and Boost Mobile.

Why buyers want it: Highdive has kept operations lean since being founded in 2016 by former execs at Omnicom’s DDB Chicago, but earned outsized attention thanks primarily to its work for auto giant Fiat Chrysler. The agency reports that revenue grew 2,100% over the past year despite industry trends that favor more data-based services.

The agency’s profile exploded in 2020 with Jeep’s popular Super Bowl “Groundhog Day” ad with Bill Murray that went on to snag an Emmy nomination.

Highdive brought in around $17 million in new revenue last year on the strength of two big account wins, according to management consultancy R3. It also beat out many bigger rivals to top Adweek’s list of fastest-growing agencies. The leader of a competing agency said Highdive is “a major M&A target,” though he speculated that the founders might wait a year or so to grow their client base.

The agency will continue its Super Bowl streak this year with two ads for Rocket Mortgage.

What it does: Jam3 is a Canadian design agency that uses technologies like AR and VR to create content and experiences for brands like Disney, Levi’s, and Adidas. Its recent projects include everything from a Pulitzer Prize-winning multimedia report on Donald Trump’s border wall by USA Today to a virtual festival for publisher Complex Networks.

Why buyers want it: With events, sports, and many retail operations at a standstill in the pandemic, digital and experience design is hotter than ever as advertisers look for new ways to connect with consumers.

Jam3 has held conversations with potential buyers after years of growing interest, according to several sources, one of whom said they were invited to talks. One agency exec compared the company to MediaMonks, which has driven S4 Capital’s growth through the “holy trinity” of digital media, production, and analytics services.

Jake Neske, founder of Hustle, a consultancy that matches advertisers with agencies and production companies, said Jam3 is in demand because it keeps its clients culturally relevant, citing a collaboration with Adidas and Donald Glover. 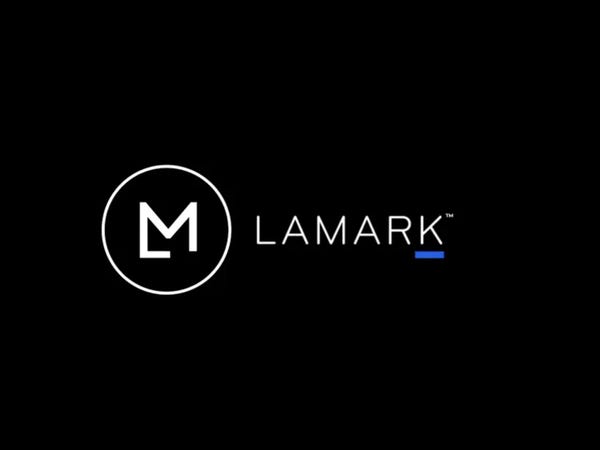 What it does: Lamark is a digital agency based in Boca Raton that offers services like media planning and buying, content production, e-commerce, direct mail, and search marketing. Clients include IMG and Ritz-Carlton.

Why buyers want it: As a private business, Lamark doesn’t report its revenue, but a person familiar with the agency said it’s grown quickly since PE firm Trivest Partners invested in early 2019. Soon afterward, it bought fellow agencies Brand Tango and SocialWithin and looked into other acquisitions.

Lamark’s appeal lies in “better, faster, cheaper media,” said the insider, who added that its growth has most likely been in preparation for a sale.

Lamark and Trivest Partners didn’t respond to requests for comment. 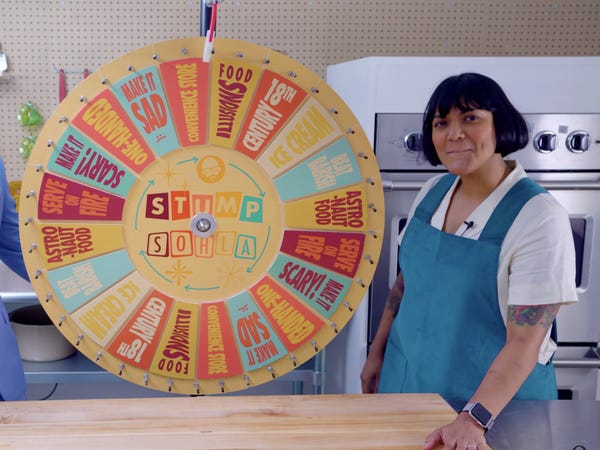 What it does: Over the past six years, Nashville-based Made in Network has grown into a big producer of original series on YouTube and other platforms. It helps creators maintain their online presence, incorporates sponsors into its 25-plus properties, and runs a separate brand studio to develop digital content for advertisers.

Why buyers want it: Made in Network is a target for both publishers and advertising companies looking to expand their digital operations, according to a marketing executive with direct knowledge.

On YouTube alone, agency channels like gaming-focused Girlfriend Reviews and food-centric Babish Culinary Universe have millions of followers. Babish creator Andrew Rea began working with culinary influencer Sohla El-Waylly after her public break with Bon Appétit, and he also partnered with Maker’s Mark and Hulu for a sponsored series on TV-inspired cocktails.

Media conglomerate Parade Media Group invested in Made in Network in early 2018, and the agency later opened a New York office.

Investor interest is high. The executive said Made in Network received acquisition offers from a publisher and one of the biggest ad holding companies in late 2020. 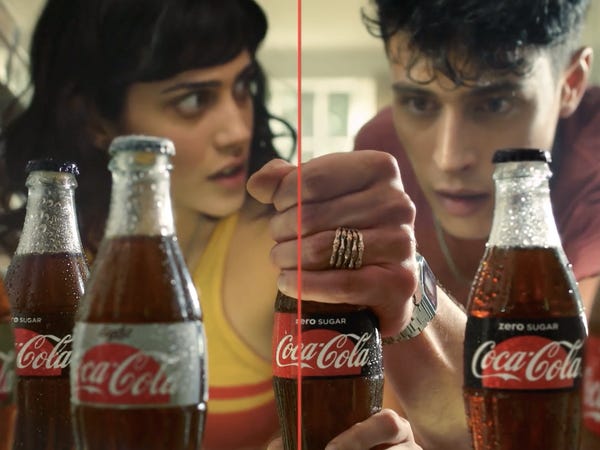 What it does: Tag Worldwide started in the 1970s as a company that helped agencies handle the mass production of print ads and became one of the largest companies doing back end work for ad campaigns, from commercial shoots to video editing and photo retouching.

Why buyers want it: Jake Neske of Hustle said global organizations like Tag can be attractive because advertisers need to balance the pressure to churn out more content on a global scale with a need to maintain the quality of Super Bowl ads and Instagram posts alike.

Advent International separated the Tag brand from Williams Lea’s outsourcing operations in 2019 and recently began holding informal sale talks for Tag, according to an investor with direct knowledge. They said the company brings in several hundred million dollars per year in revenue. 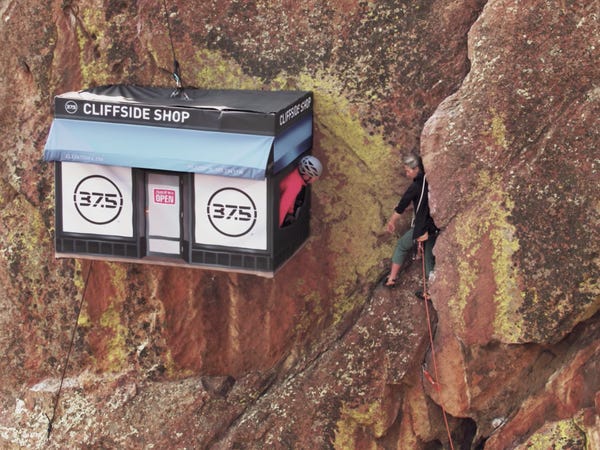 What it does: Like Highdive, Work in Progress is a small independent agency that’s chipping away at the big ad holding companies’ market share. It makes traditional ad campaigns and digital projects that help clients adapt to the growth of online shopping.

Why buyers want it: The Boulder agency scored 2020’s biggest account upset by winning Domino’s Pizza away from its longtime agency Crispin Porter and Bogusky. Its founders are former CPB execs who worked on the Domino’s account.

Work in Progress previously earned attention for stunts like a “pop-up shop” in the middle of a 300-foot cliff and banners encouraging Russia’s government to “hack” the Cannes Lions festival.

R3 estimated that Domino’s alone will bring $15 million in annual revenue, making Work in Progress one of the top indie agencies for new business last year.

Several industry veterans told Insider Work in Progress may be a long shot for 2021 because it’s still in growth mode, but one executive said its founders have expressed interest in the M&A process.