Alastair Campbell, 63, will be hosting Good Morning Britain alongside Susanna Reid this week, ITV has confirmed. The campaigner and writer has recently revealed that he’s entered into a civil partnership with long-term partner, Fiona Millar, 63.

Alastair and Fiona exchanged vows at the end of March 2021, he has confirmed.

The pair have been together more than 40 years, and had resisted the urge to get married.

They had a relatively scaled back wedding, to cater for Covid restrictions, at the time.

The duo tied the knot in a small ceremony in Camden, North London, alongside their three children. 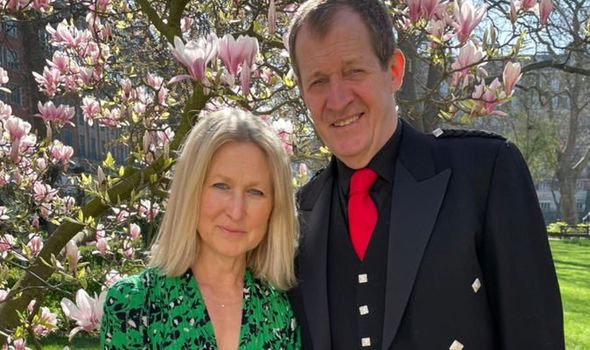 “I have never been the marrying type,” Alastair wrote for The Guardian. “Thankfully, nor has the woman with whom I have now lived for twice as many years as I lived without her.

“Marriage, to me, has always been about religion. Two people, in a church, with a minister or a priest in charge of proceedings, making unbreakable vows before God. But I don’t believe in God.

“Fiona is also an atheist but more importantly, in this context, a feminist.

“When our turn came, the sun shone brightly and we were able to have a Rule of Six celebration in the garden with the family on what felt like a midsummer day.”

Who is Alastair Campbell’s wife?

Alastair and Fiona Millar got together shortly after they met, in 1978.

They both worked for the Tavistock Times as journalists, and then subsequently moved to Downing Street.

Fiona was an advisor to Cherie Blair at the same time as Alastair was Tony Blair’s official spokesperson.

They’ve been together ever since – a relationship lasting 42 years to date. 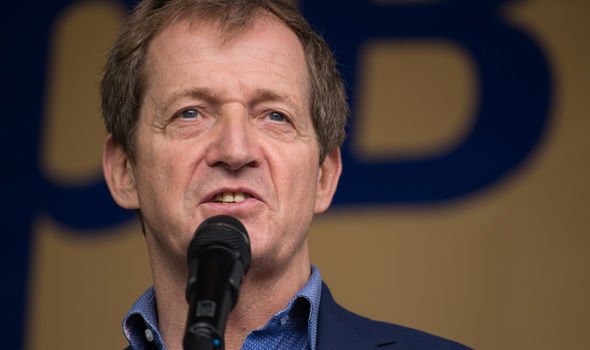 They’ve also got three children; two sons and a daughter.

Their youngest, Grace, 27, wished her parents the best after they tied the knot in March.

At the time, she tweeted: “Congrats to my BUFF parents who finally got civil partnered today after 42 years of being together.

“Thanks to @schooltruth and @EqualCPs who campaigned to make it happen. I’m so proud of how cute and fashionable they are.”

Alastair will be taking over the GMB hot seat from Piers Morgan, who left the morning show last month.

He’ll be hosting the show, alongside Susanna Reid, for the entirety of this week, at least.

“I am flattered to be asked and delighted that my stint will coincide with Mental Health Awareness Week as Good Morning Britain has always championed good mental health,” he said.

“I am also looking forward to getting stuck into the big political and social issues at such an important and difficult time for the country, as well as brushing up my knowledge on some of the subjects that will take me out of my comfort zone.”