Alex Jones: The One Show host rushed to paramedics after Great British Bake Off accident

Alex Jones, who is one of the celebrity contestants for this series of The Great Celebrity Bake Off for Stand Up To Cancer, opened up about being rushed to paramedics after having a gruesome accident on the baking programme. Alex said it all began with attaching the glass bowl onto the fancy electric mixer.

I had to go straight off to the paramedic for stitches.

The One Show host explained the mishap resulted in her needing stitches and an anaesthetic.

Alex told Metro.co.uk: “They had these fancy electric mixers, where you attach the glass bowl, put the whisk in and press go.”

She continued: “It turns out my bowl wasn’t attached and the moment the blade hit it, the bowl shattered into 1,000 pieces.”

The TV presenter didn’t seem to be too aware of the pain though, as she revealed that she felt fine, and didn’t realise that there was a shard of glass sticking out of her hand. 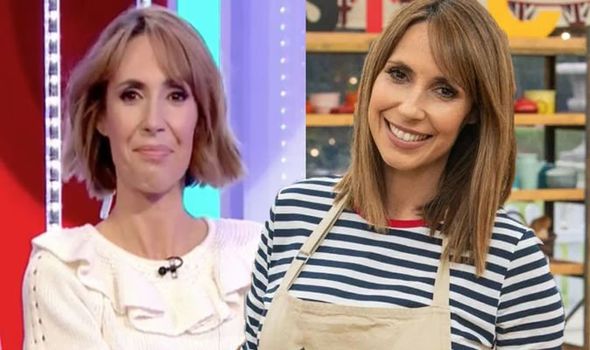 Alex went on to say: “I’m saying “I’m absolutely fine” before realising there’s a massive shard of glass sticking out of my hand. I had to go straight off to the paramedic for stitches.”

The host then revealed that the paramedic who was treating her needed to give her an anaesthetic.

“He said ‘I’m just going to put in the anaesthetic’ and I was like ‘No, there’s no time for that, I have a showstopper to make, just do it!'” the celebrity baker added.

Although Alex showed enthusiasm to get on with making her showstopper, she then admitted the biggest thing she learned while starring on the show was to “buy cakes instead.” 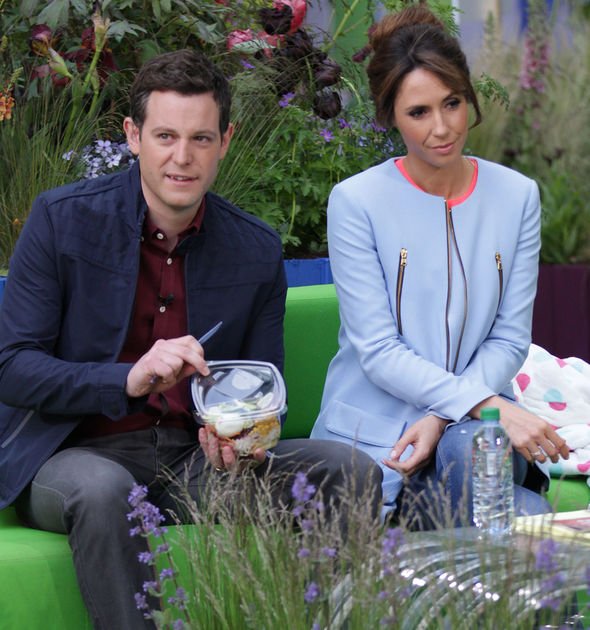 Alex previously confessed that she struggled to make anything edible while in the Bakers tent.

She explained: “Let’s just say, it wasn’t like the show I’ve seen where people produce these incredible cakes. I barely made anything edible.”

Meanwhile, the TV personality recently opened up to Good Housekeeping about trying to be the best mother she can be, and admits that “it’s a struggle”.

Alex said: “For me personally, some days I don’t think it’s possible. It’s a struggle. I try to be the best mother I can be, but some days I’m absolutely awful at it.”

Alex also opened up about how she wished she took longer maternity leave at the time of having her first child, Edward.

She went on to explain that she made unrealistic promises and “had no idea”.

The BBC host explained: “I’d never had a child before; I had no idea. And I had this fear it would interfere, that I’d have to compromise my work life.

“I now realise that was ridiculous because in fact I think it makes you better at work. It makes you a little bit more resilient, which is what you have to be in this industry. And in life!”

However, the star took a much longer break from work with her second son Kit, who she welcomed into the world with husband Charlie, in May.

Before arriving back to the BBC sofa, Alex posted how she was feeling before heading to work after her maternity leave.

She wrote on Instagram to mark the moment of her return to the job she loves.

Alex began her post with: “Back to work today. So many different feelings. Anxious about leaving the boys, excited to be back on the show.”

“As soon as I put lipstick on this morning, little Ted looked at me with his huge brown eyes and asked, ‘Where are you going mummy?’ It nearly killed me, but it’s time to go back and I’m looking forward to going back to a job I love, but my goodness, I’ll miss these two. So here we go… the juggle begins,” she concluded.

The Great Celebrity Bake Off for Stand Up To Cancer airs 10 March at 8pm on Channel 4.