“Murder, She Wrote” — which starred the great Angela Lansbury as amateur detective and bestselling mystery writer Jessica Fletcher — went off the air 25 years ago! In honor of the milestone anniversary on May 19, 2021, join Wonderwall.com as we take a look at Angela’s life in photos. Keep reading for more…

RELATED: Best movies from the ’90s and the ’00s to stream on Disney+

Angela Lansbury was born on Oct. 16, 1925, in Regent’s Park in Central London to actress Moyna Macgill and politician and timber merchant Edgar Lansbury. She’s seen here in the 1940s, early in her career.

In 1943, Angela Lansbury signed a seven-year contract with entertainment media company Metro-Goldwyn-Mayer. She soon became an overnight sensation — in 1944 at just 18, Angela made her debut in the psychological film “Gaslight,” which earned her an Academy Award nomination for best supporting actress. She’s seen here a year later in 1945.

In 1944, Angela Lansbury starred in the Clarence Brown-directed film “National Velvet,” which is based on Enid Bagnold’s 1935 novel of the same name. The movie, which grossed $5.8 million at the box office, was selected by the United States National Film Registry for preservation in 2003.

As for 1945? That year, Angela Lansbury starred alongside Hurd Hatfield (pictured) in the feature film adaptation of Oscar Wilde’s “The Picture of Dorian Gray.” The movie earned $2.9 million at the box office and Angela received a Golden Globe Award for best supporting actress in a motion picture for her performance as Sibyl Vane. She also scored her second Oscar nomination.

In September 1945, a 19-year-old Angela Lansbury walked down the aisle for the first time. She married 35-year-old artist Richard Cromwell, though their happy union quickly went awry: After less than a year of marriage, they called it quits after the faced the fact that Richard was actually gay. “He wanted to marry, he was fascinated with me, but only because of what he had seen on the screen, really,” Angela told Radio Times decades later. “It didn’t injure or damage me in any way, because he maintained a friendship with me and my future husband … But it was a shock to me when it ended — I wasn’t prepared for that. It was just a terrible error I made as a very young woman. But I don’t regret it.”

Angela Lansbury soon found love again! After meeting English expatriate Peter Shaw (pictured) in December 1946, the pair became romantically involved. They married in 1949 and had two children together, Anthony in 1952 and Deirdre in 1953. Angela also became a stepmother to Peter’s son from a previous marriage.

Throughout the 1940s, Angela Lansbury starred in several films including “Till the Clouds Roll By,” “If Winter Comes,” “Tenth Avenue Angel,” “State of the Union” and “The Red Danube.” She’s seen here alongside fellow stars Esther Williams and William Powell in the 1946 drama “The Hoodlum Saint.”

By the 1950s, Angela Lansbury found that Hollywood had typecast her as a woman much older than she was. During this time, she appeared in films including “A Life at Stake,” “The Purple Mask” — which she cites as “the worst movie” she’s ever made — “The Court Jester” and “Please Murder Me.” She’s seen here in the Western flick “A Lawless Street” alongside actor Randolph Scott in 1955.

Congratulations! In 1963, Angela Lansbury won a Golden Globe Award for best supporting actress for her performance as Mrs. Eleanor Iselin in “The Manchurian Candidate.” She’s seen here accepting the honor on stage in Los Angeles. She was also nominated for another Oscar — her third — for her performance in the film.

In 1966, Angela took on the titular role of Mame Dennis in the Broadway play “Mame,” which is Jerry Herman’s musical adaptation of the 1955 novel “Auntie Mame.” Her performance earned critical acclaim: At the 1966 Tony Awards, she took home the honor for best performance by a leading actress in a musical.

Tragedy struck in 1970. That year, Angela Lansbury’s husband, Peter Shaw, underwent a hip replacement. Their son, Anthony, went into a coma after suffering a heroin overdose. And their family home in Malibu was ruined due to a brush fire. Angela is pictured here in New York City that same year.

How beautiful does she look?! In 1978, Angela Lansbury appeared in 24 performances of the Broadway musical revival of “The King and I.”

That same year, Angela Lansbury landed her first film role in seven years in 1978’s “Death on the Nile,” which was adapted from the 1937 Agatha Christie novel of the same name. For her performance in the flick, Angela received a National Board of Review Award for best supporting actress.

1980 marked the year in which Angela Lansbury portrayed Miss Marple in another Agatha Christie cinematic adaptation, “The Mirror Crack’d.” She’s seen here at a press conference for the film in New York City that December.

From 1984 to 1996, Angela Lansbury portrayed one of her most iconic roles ever: Jessica Fletcher, a bestselling author of mystery novels and amateur detective, on the CBS crime-drama television show “Murder, She Wrote.” The series — for which she earned her a whopping 10 Golden Globe nods (and four wins!) plus 12 Emmy nominations during its run — is one of TV’s longest running shows.

Success! Angela Lansbury is seen here in the press room at the 42nd Annual Golden Globe Awards in 1986 after taking home the honor for best actress in a drama TV series for her work on “Murder, She Wrote.”

Angela Lansbury and her daughter, Deirdre Shaw, are seen here at a party celebrating the 100th episode of “Murder, She Wrote” in Los Angeles in 1989.

A tale as old as time! While there are a plethora of reasons to adore Disney’s “Beauty and the Beast,” a major one for us is Angela Lansbury’s voice work as one of the film’s most endearing characters. She portrayed Mrs. Potts in the beloved 1991 Disney animated film and sang the film’s title track.

Talk about a fairytale moment! Angela Lansbury dressed up as the Fairy Godmother for the Mischief Night Masquerade in October 1996.

In 2003, Angela Lansbury lost her husband of 54 years, Peter Shaw, who passed away from heart failure at their Los Angeles home. She’s seen here leaving a memorial service for her late husband that same year.

In 2007, Angela Lansbury made her grand return to the Broadway stage after 23 years away. The actress (seen here on opening night) starred in the Terrence McNally play “Deuce” at New York City’s Music Box Theatre. Her portrayal of working-class woman Leona Mullen earned her a Tony Award nomination for best performance by a leading actress in a play, though she ultimately lost to Julie White for “The Little Dog Laughed.”

A vision! Angela Lansbury is seen here during the 61st Annual Tony Awards in New York City in 2007.

And her Broadway credits keep rolling in! In March 2009, Angela Lansbury made yet another return to the Broadway stage, this time as Madame Arcati in “Blithe Spirit.” For her sensational performance, Angela earned a Tony Award for best featured actress in a play — her fifth Tony.

In 2013 at the Governors Awards in Los Angeles, three-time Academy Award nominee Angela Lansbury received an Academy Honorary Award Oscar statue for her lifetime of contributions to film.

In 2015 at 89, Angela Lansbury earned her first Olivier Award — Britain’s equivalent of America’s Tony — for best supporting actress for her performance as Madame Arcati in “Blithe Spirit.” 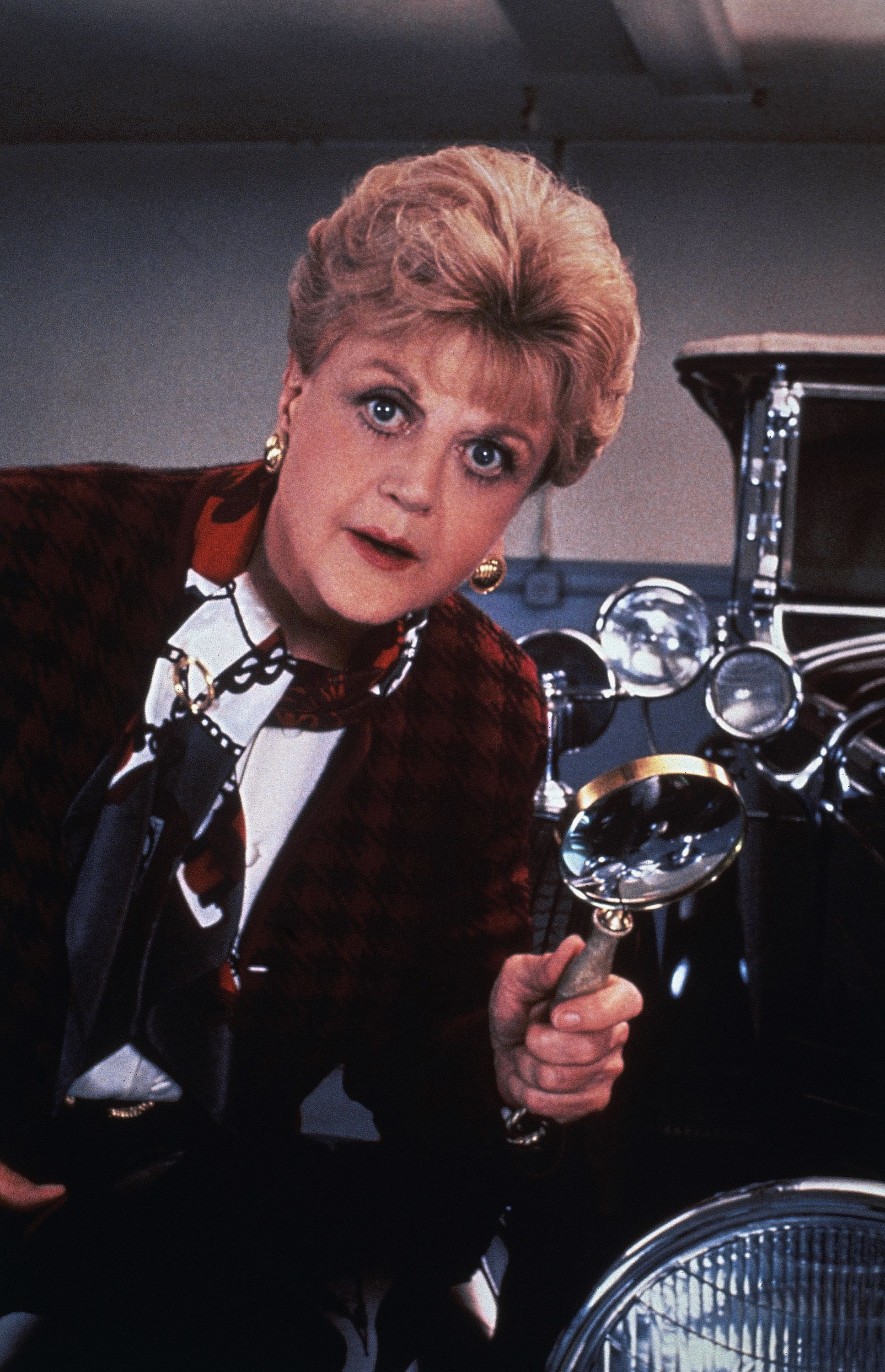 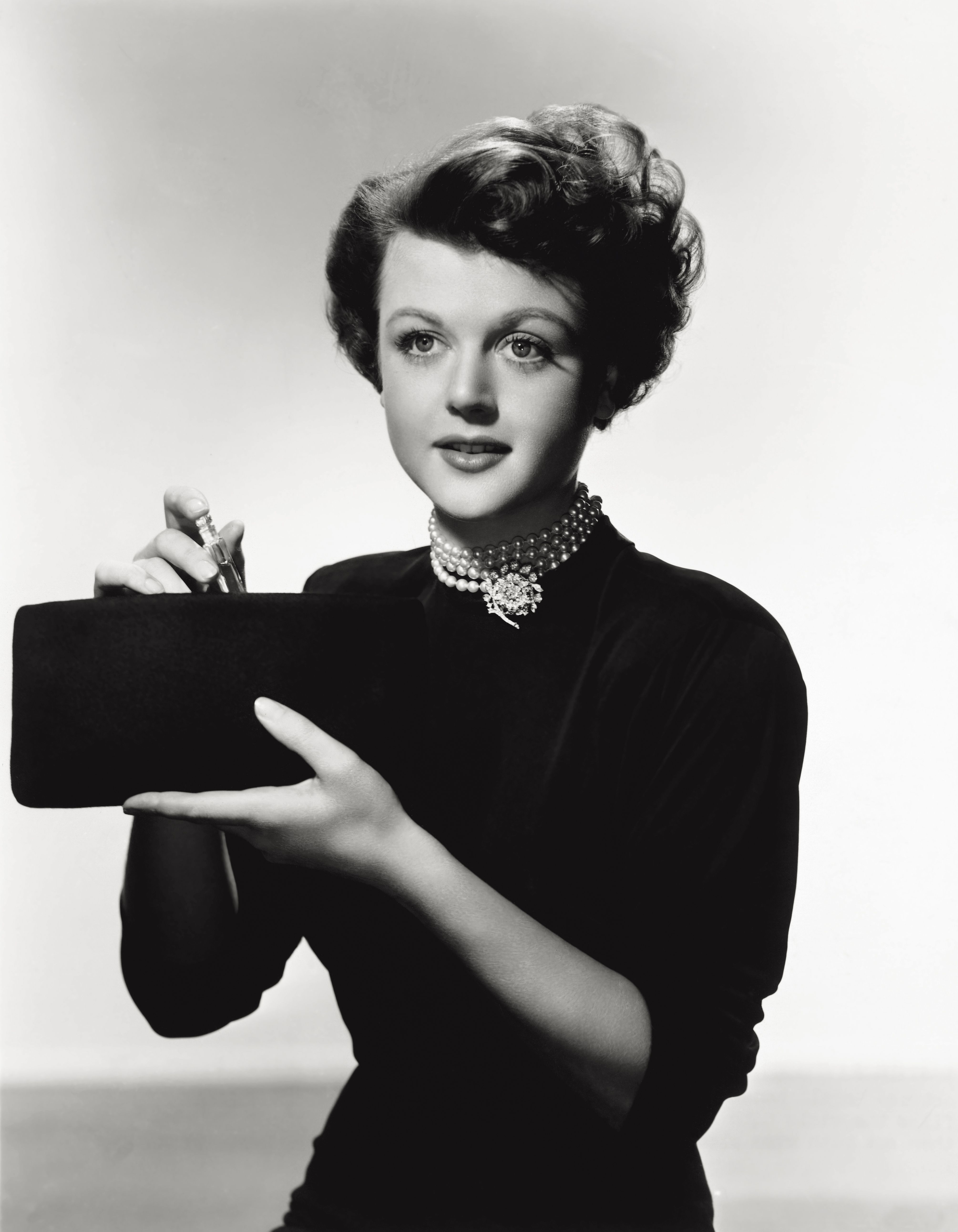 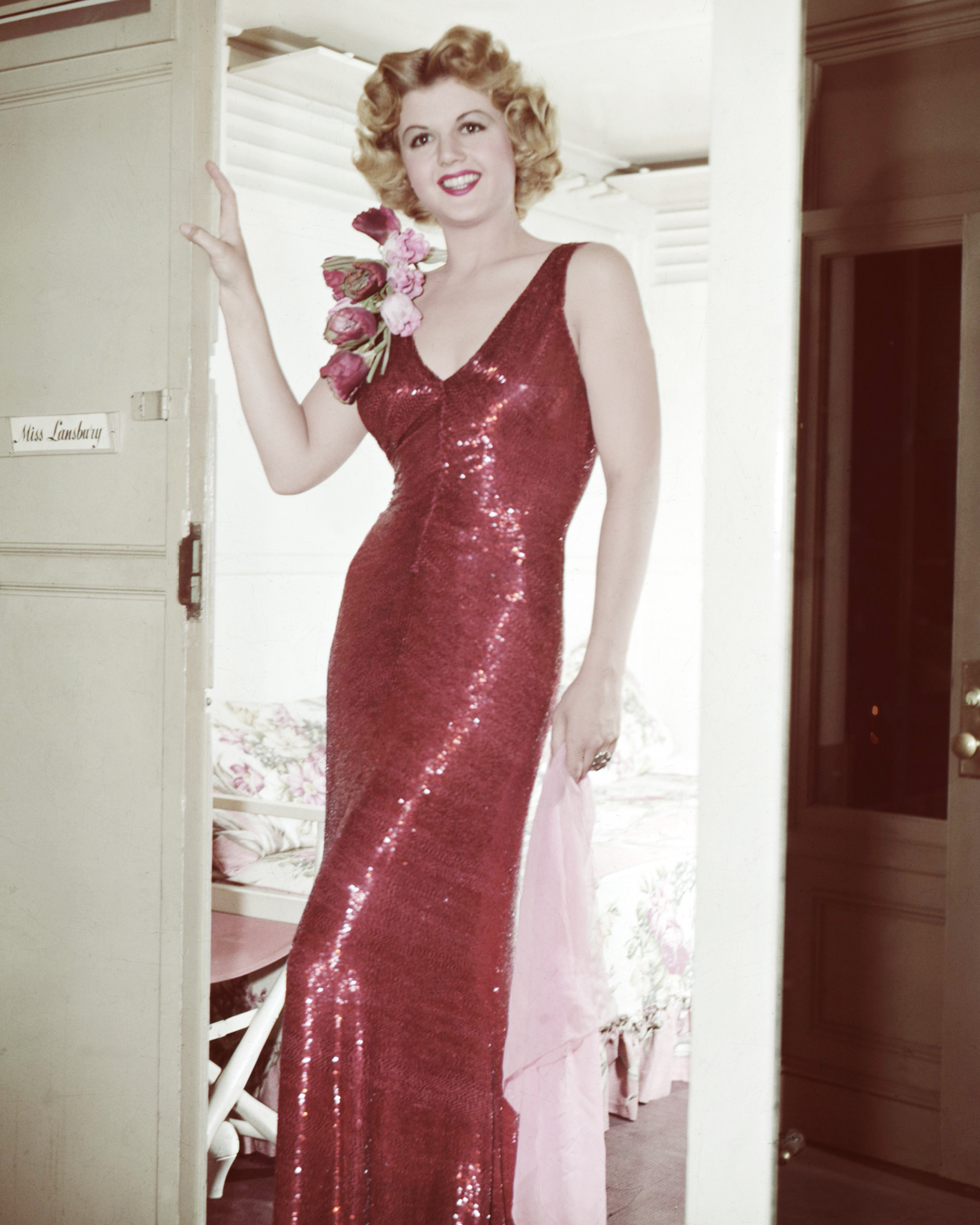 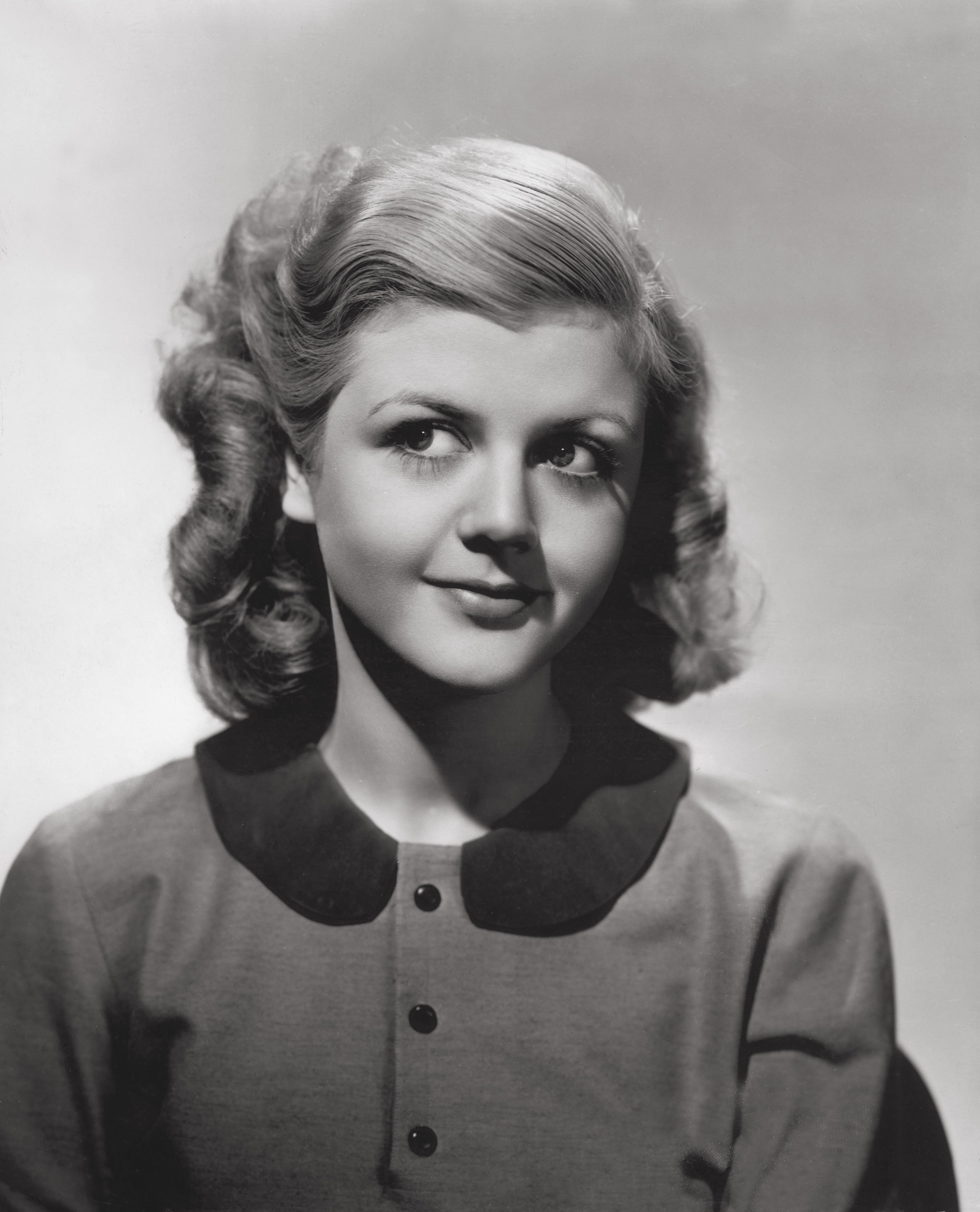 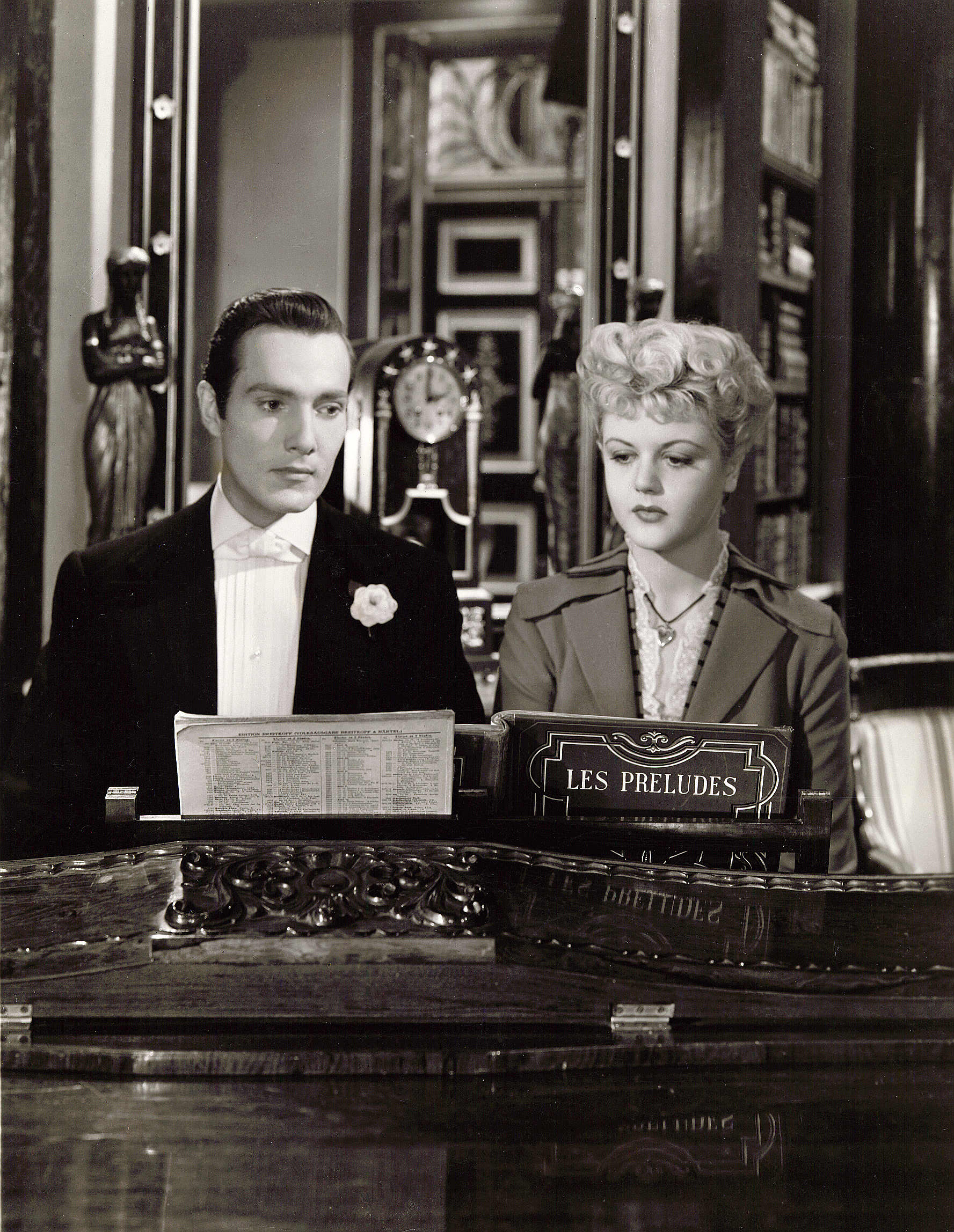 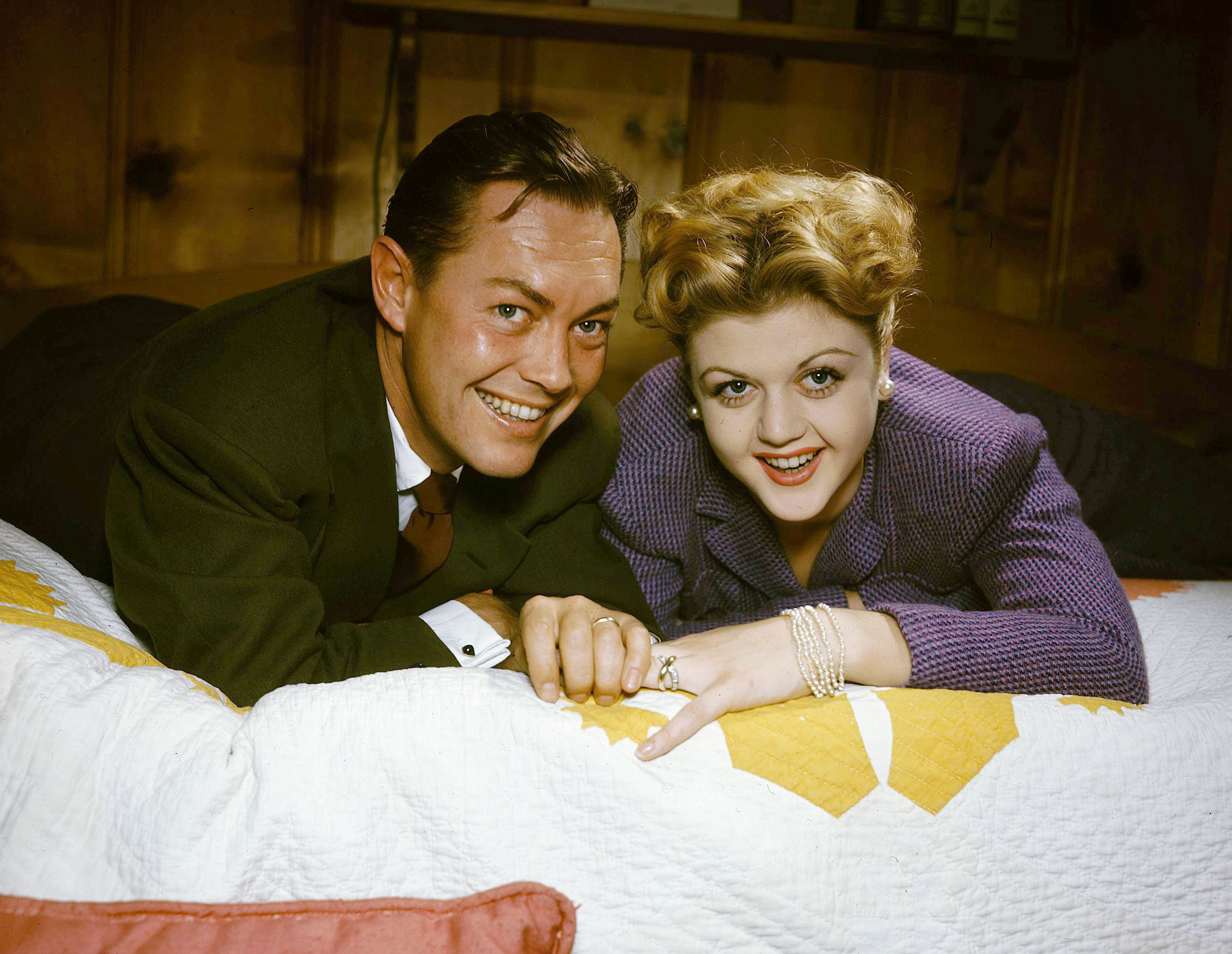 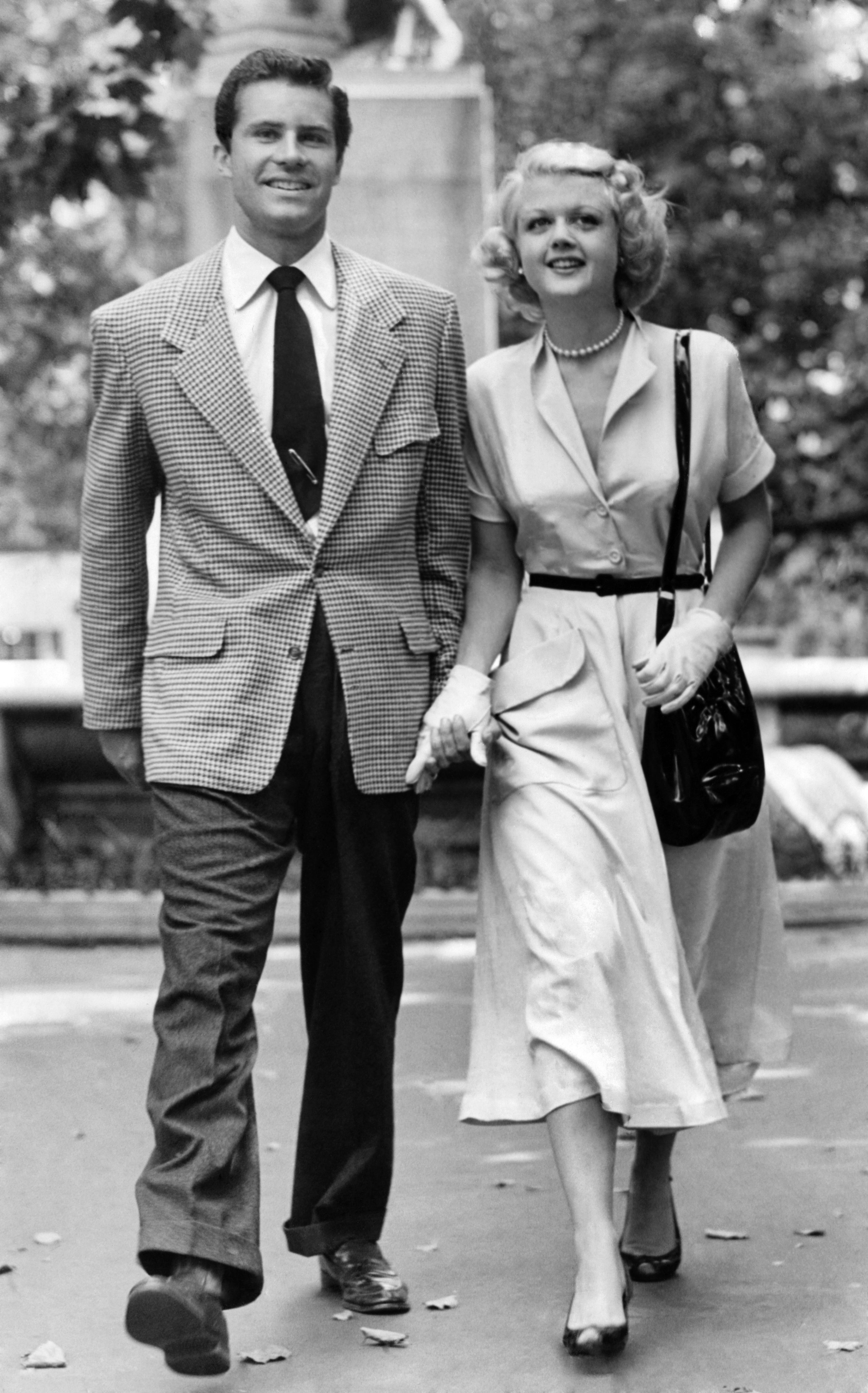 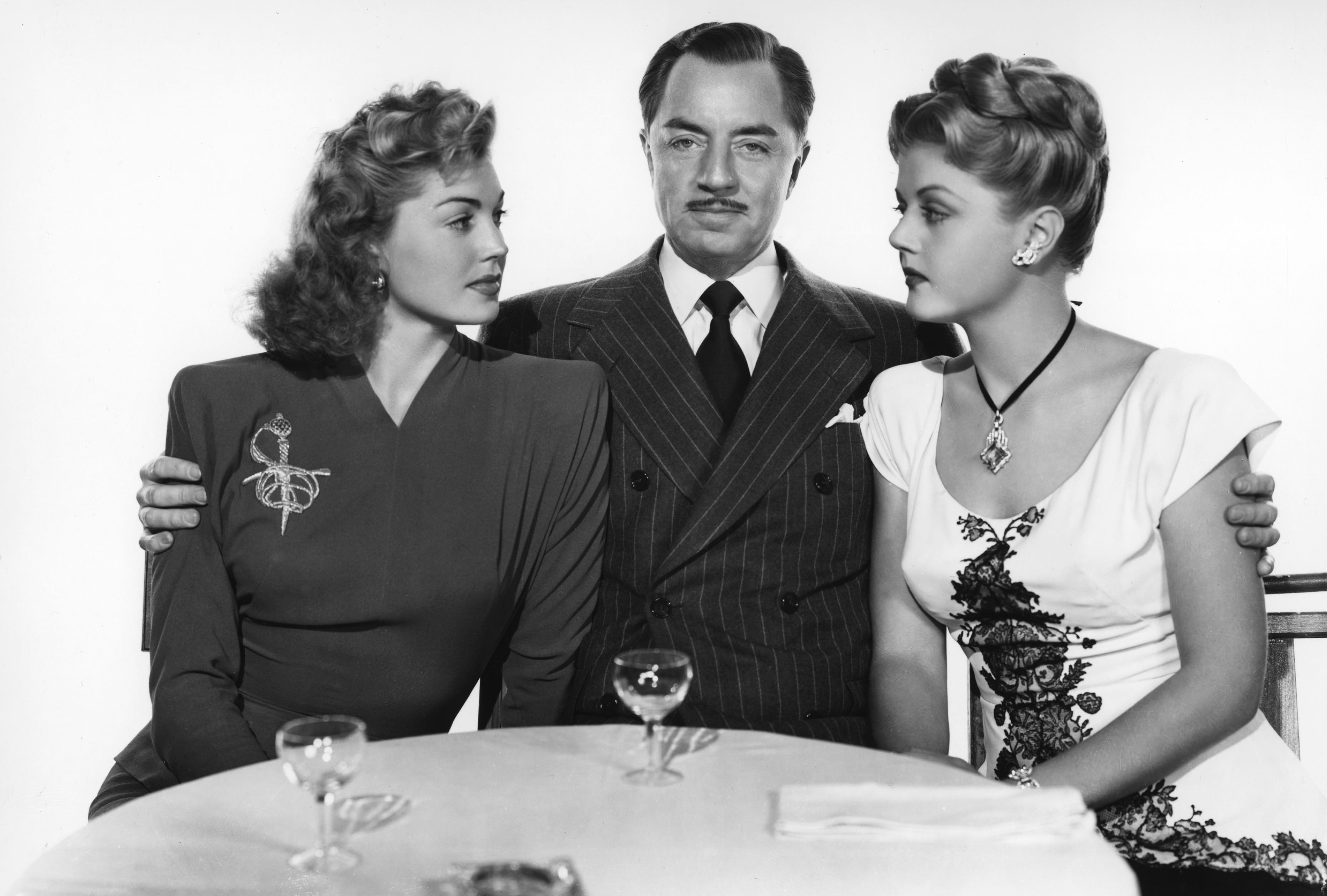 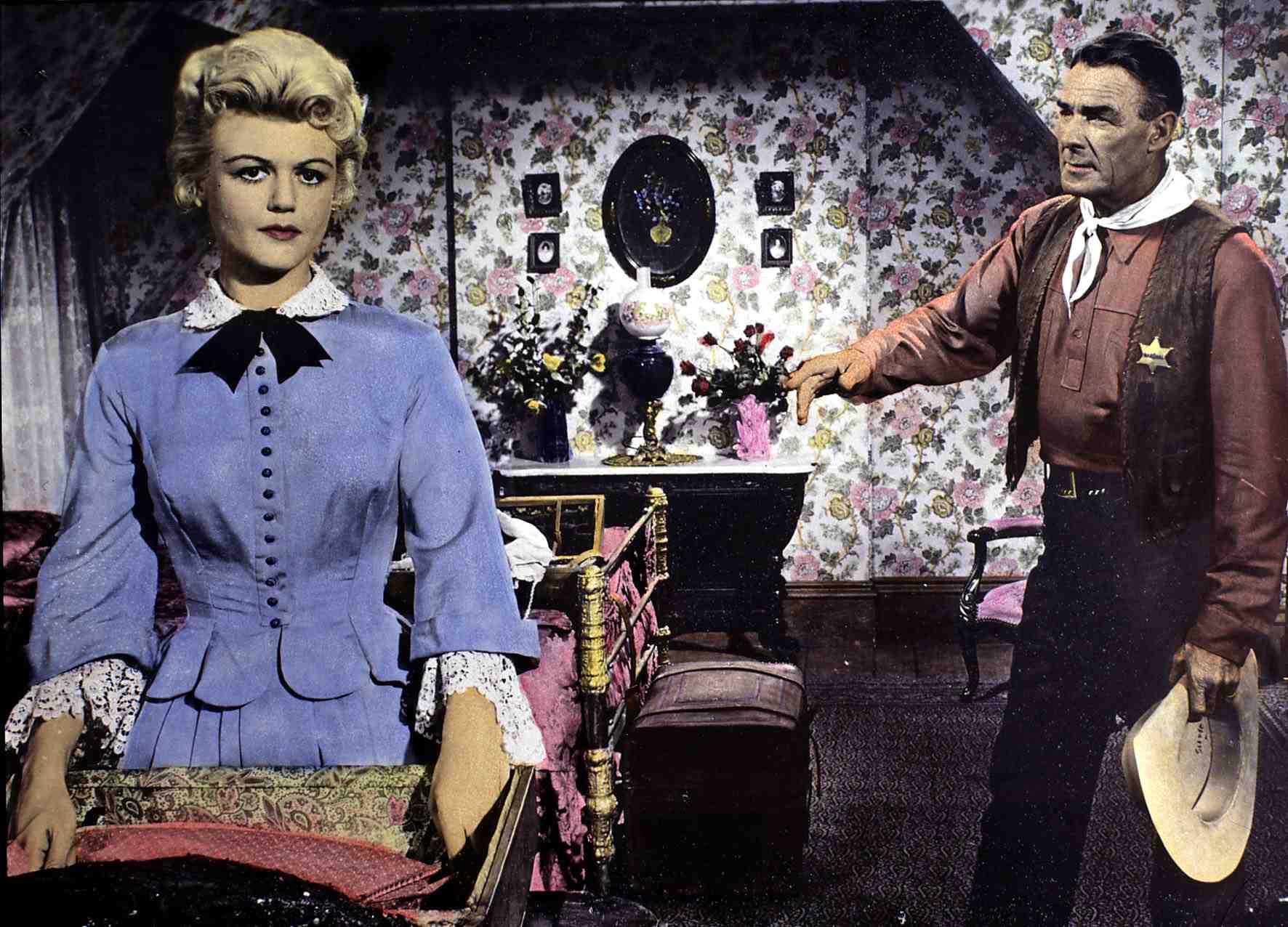 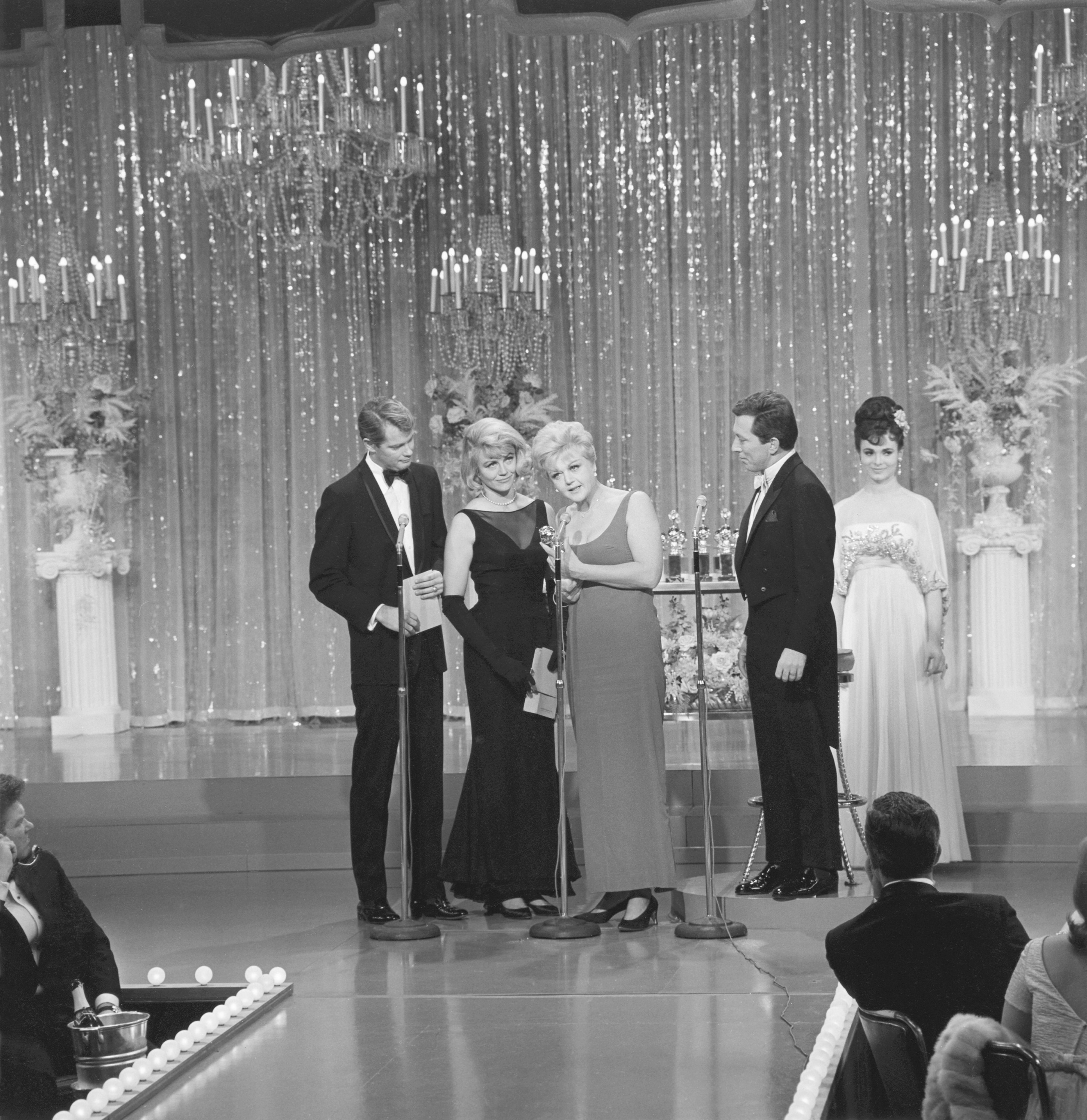 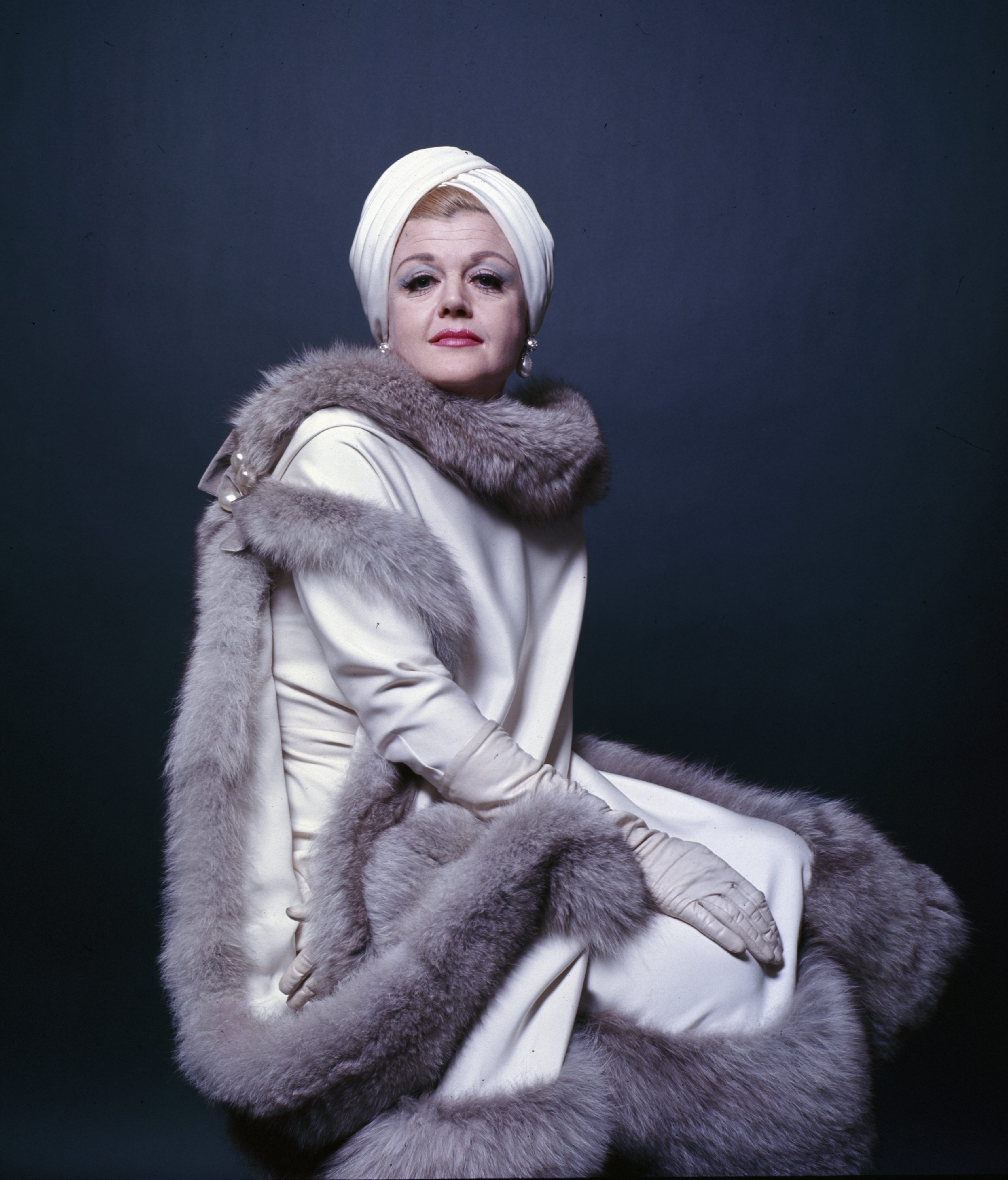 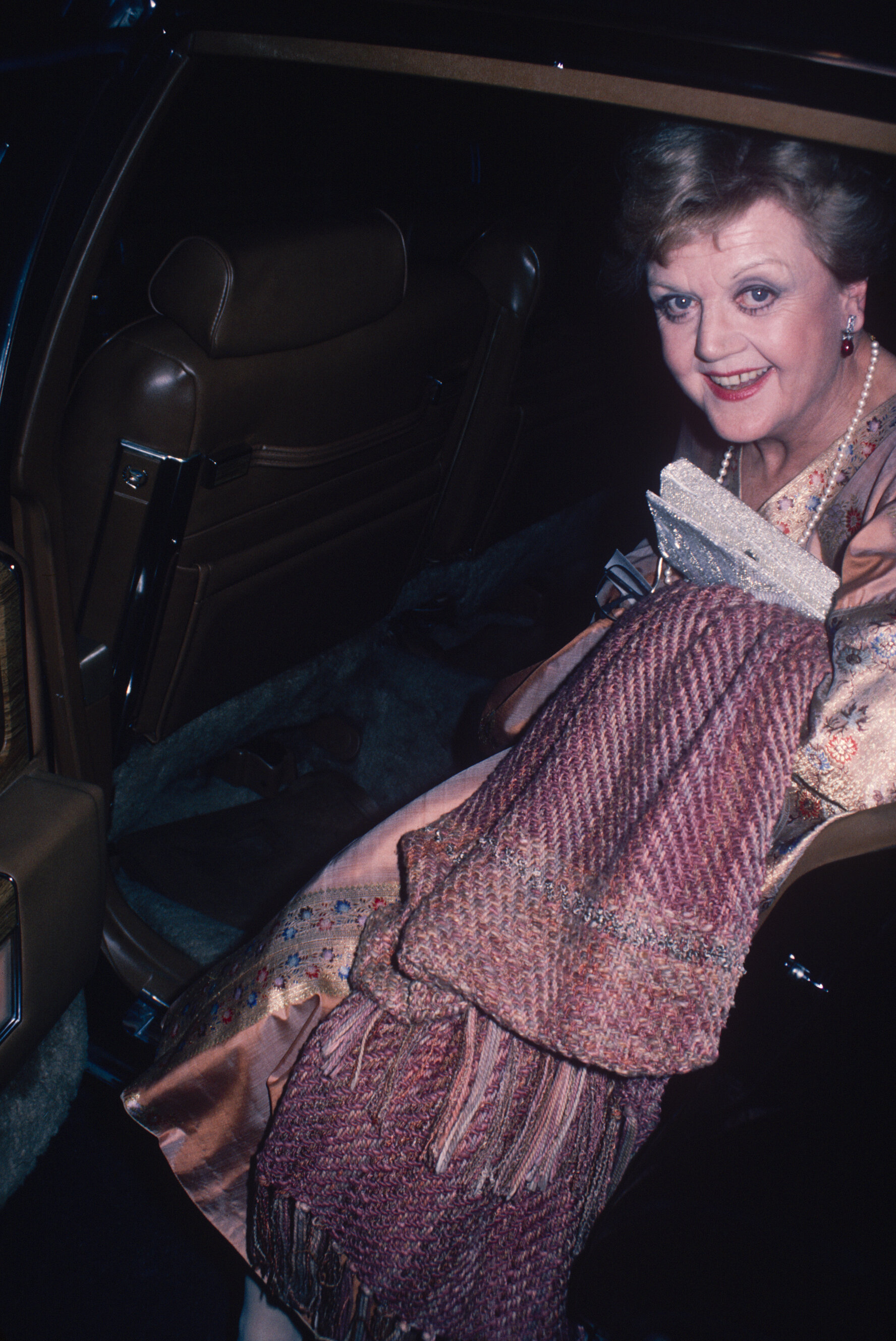 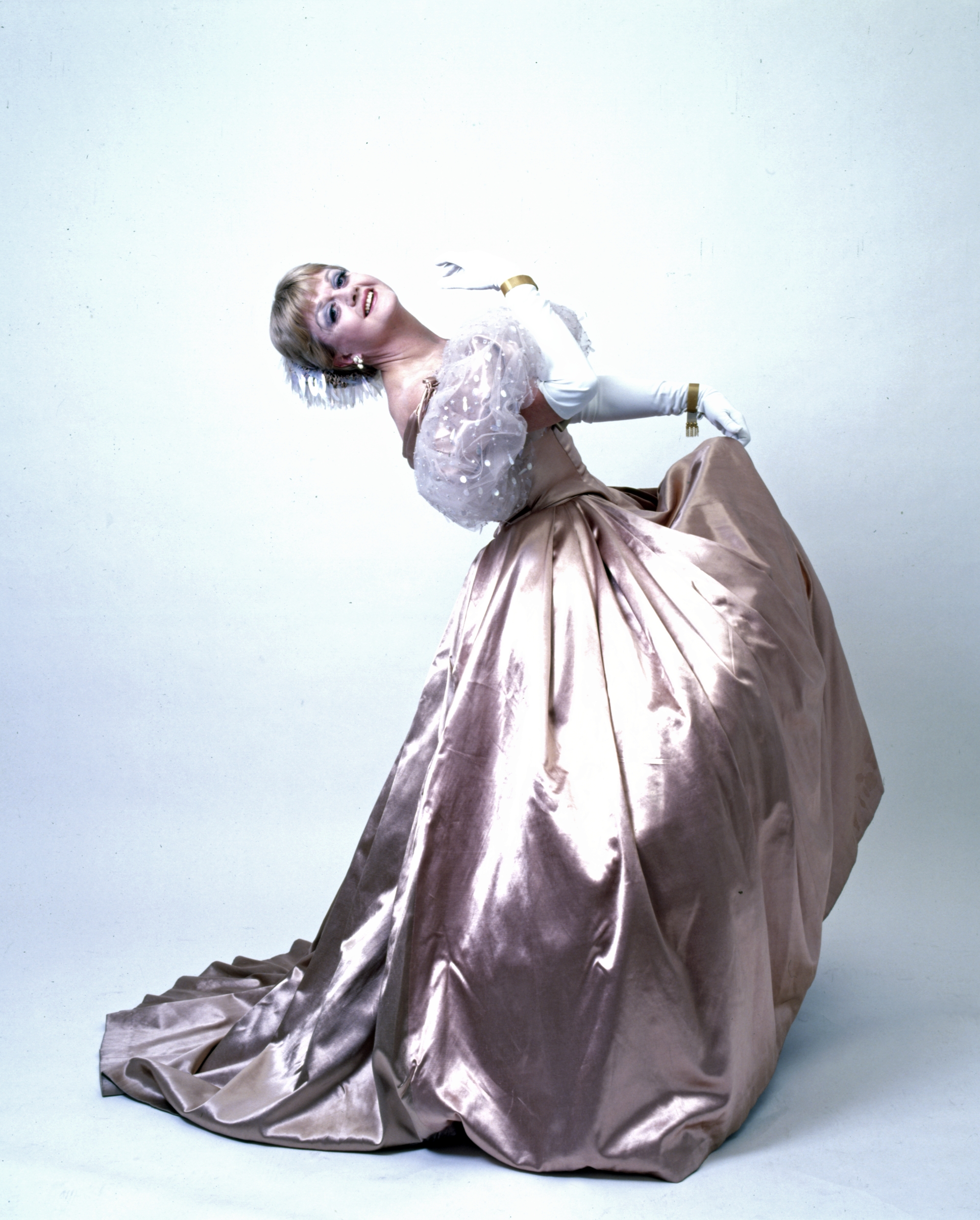 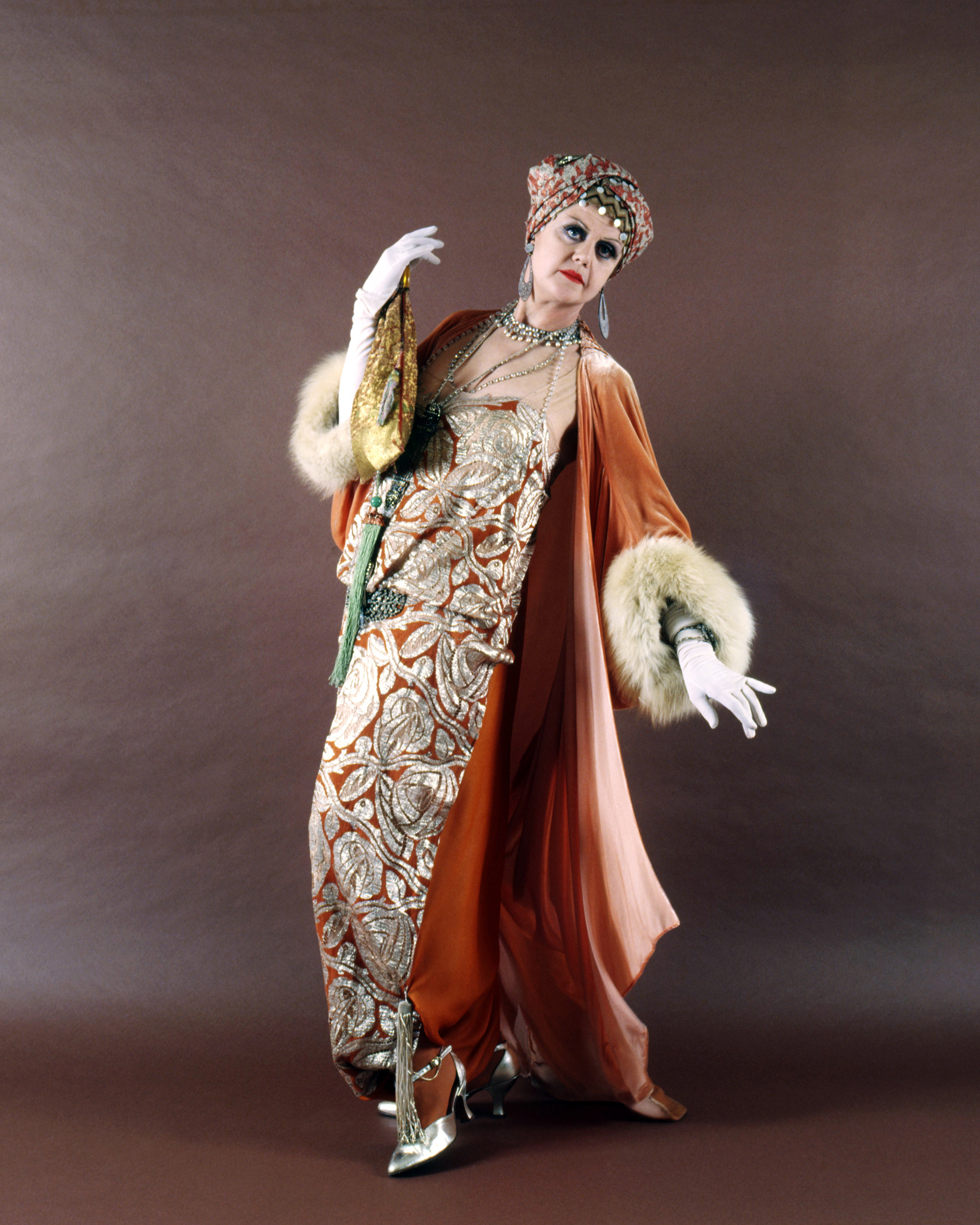 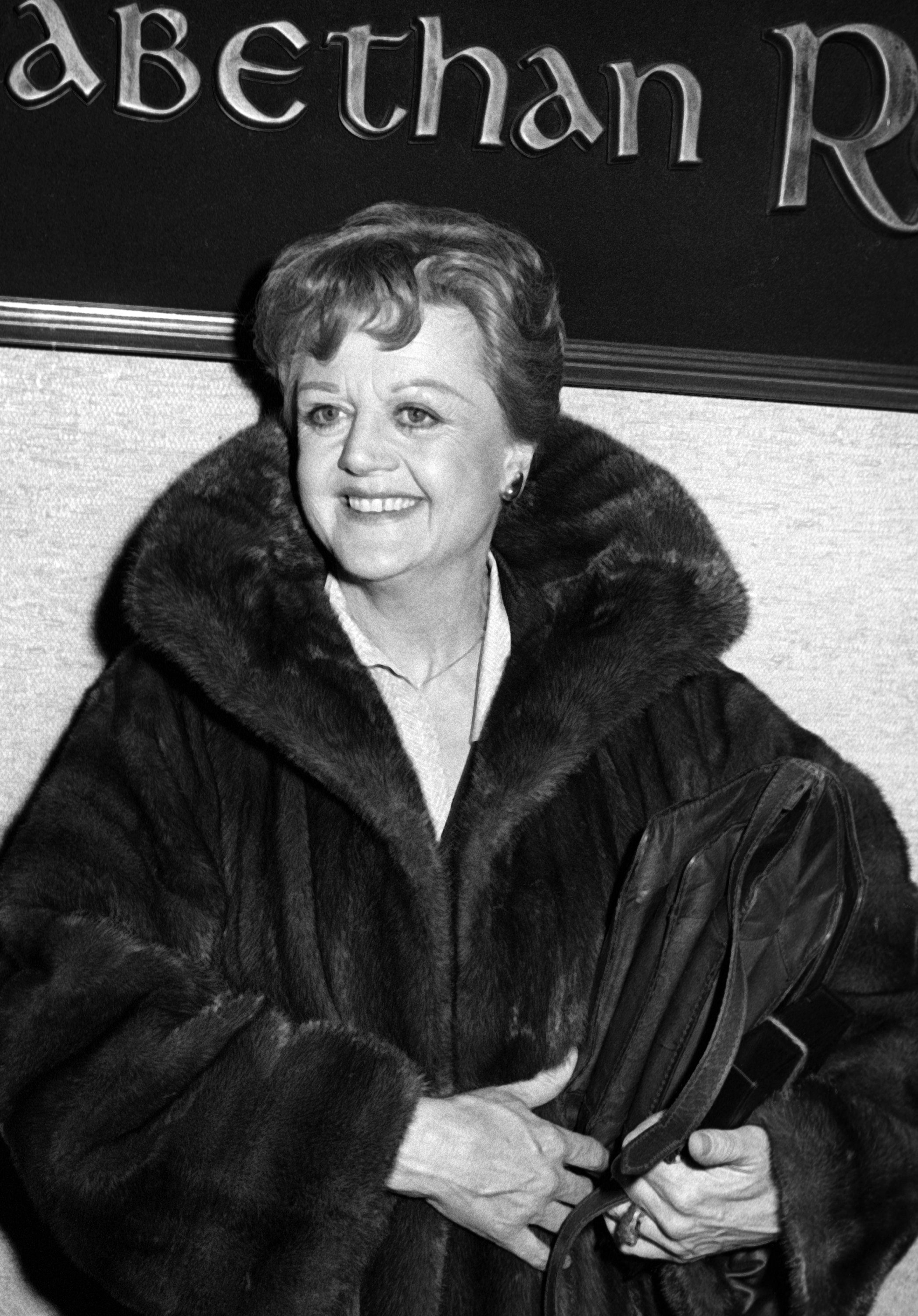 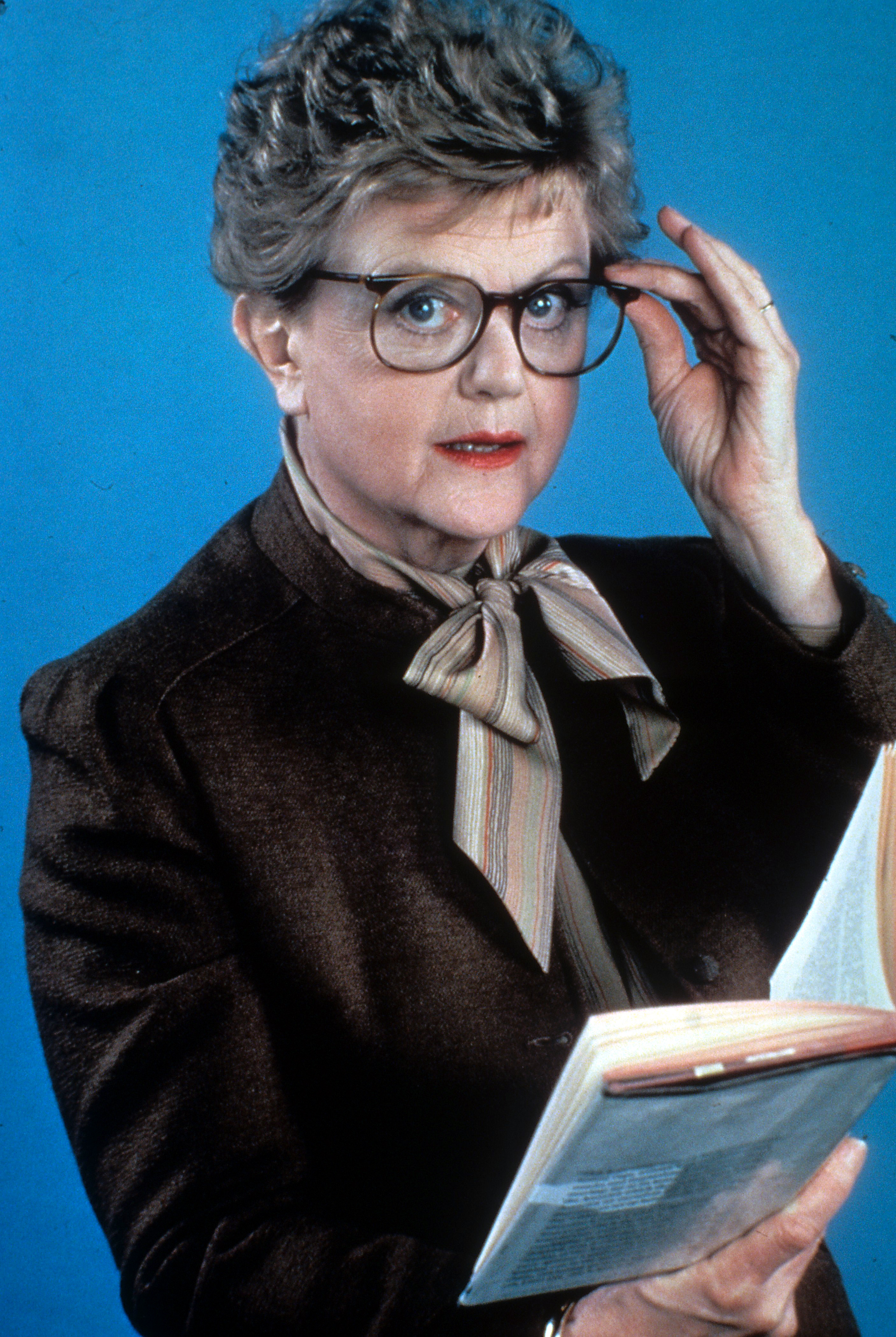 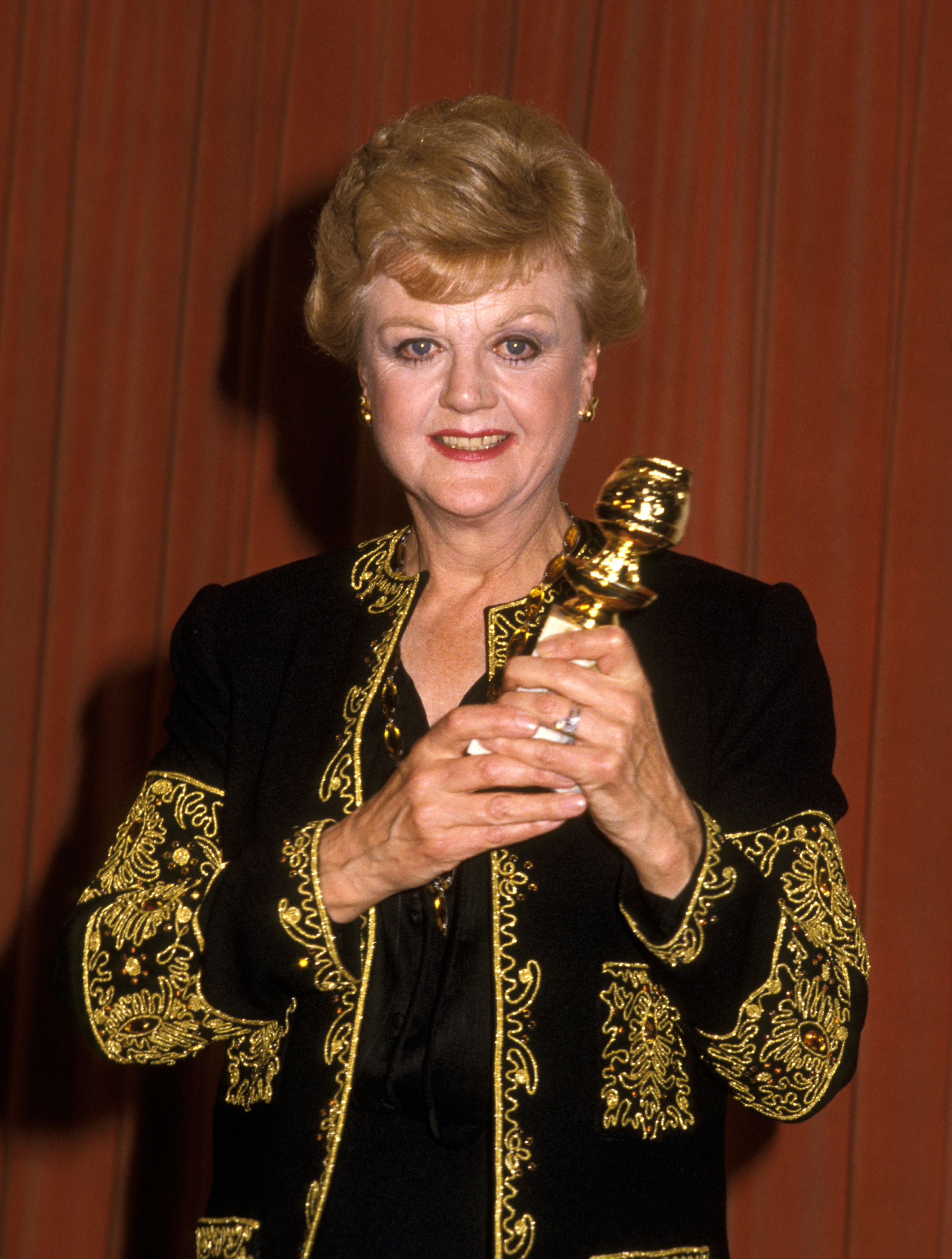 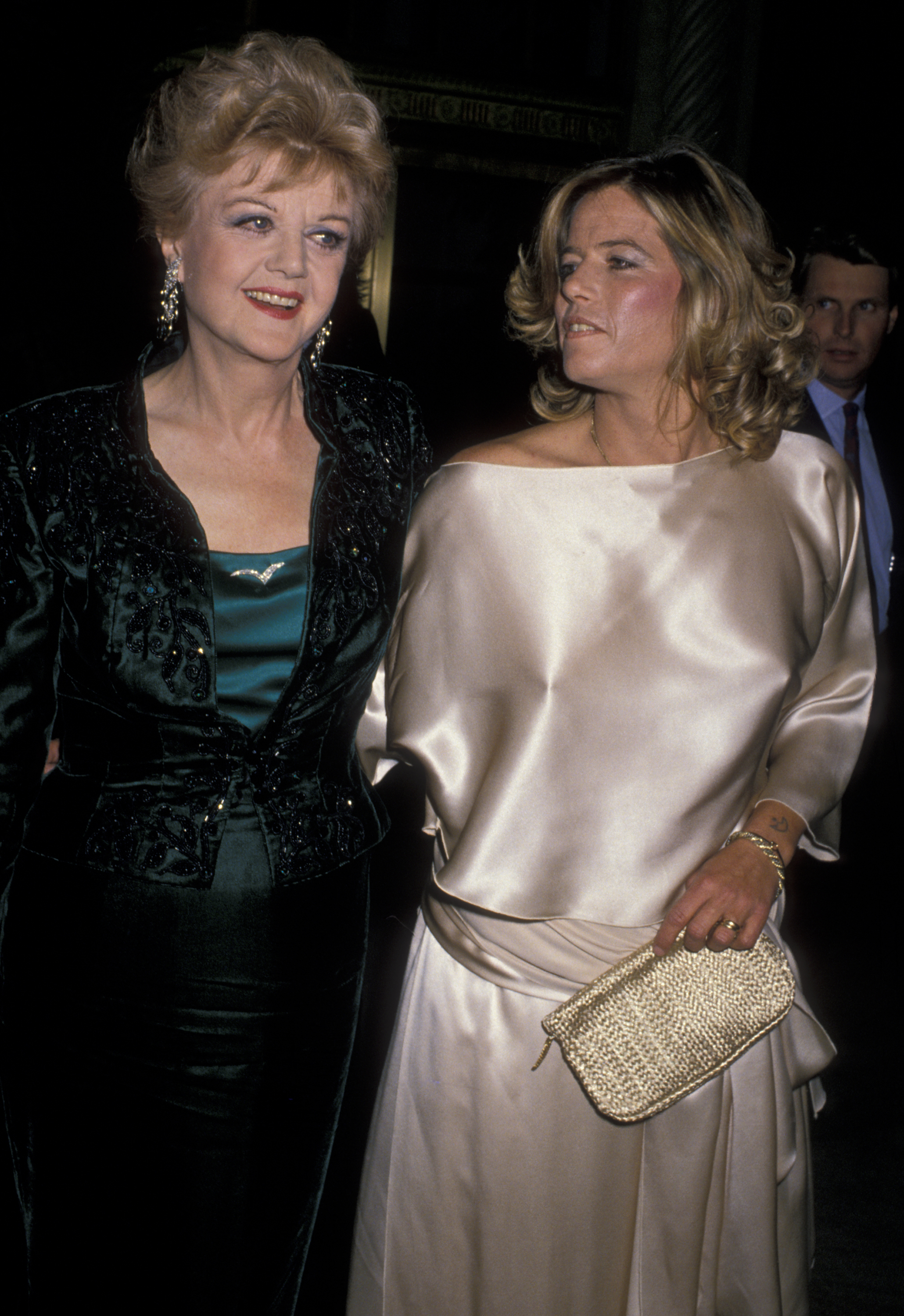 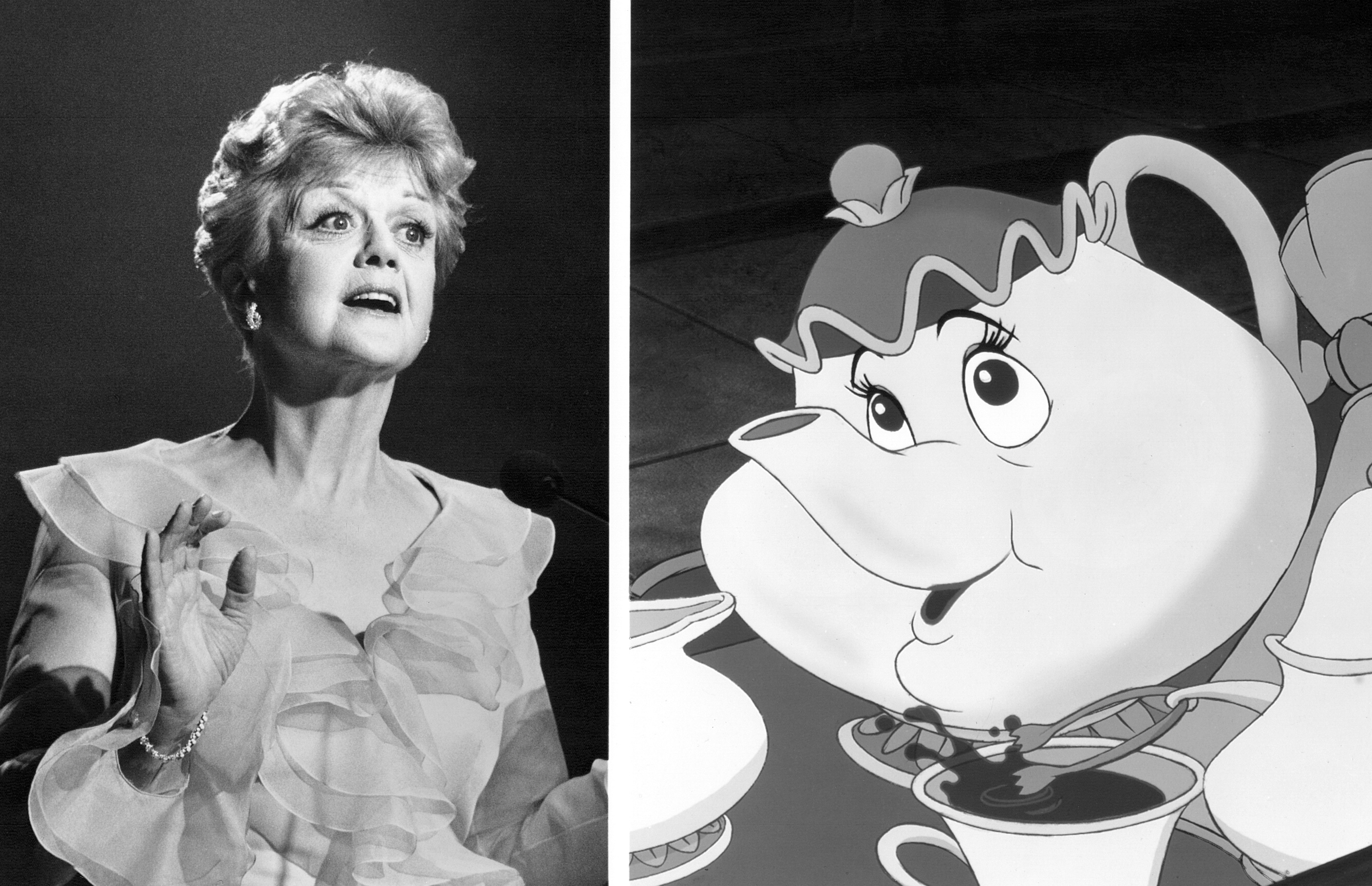 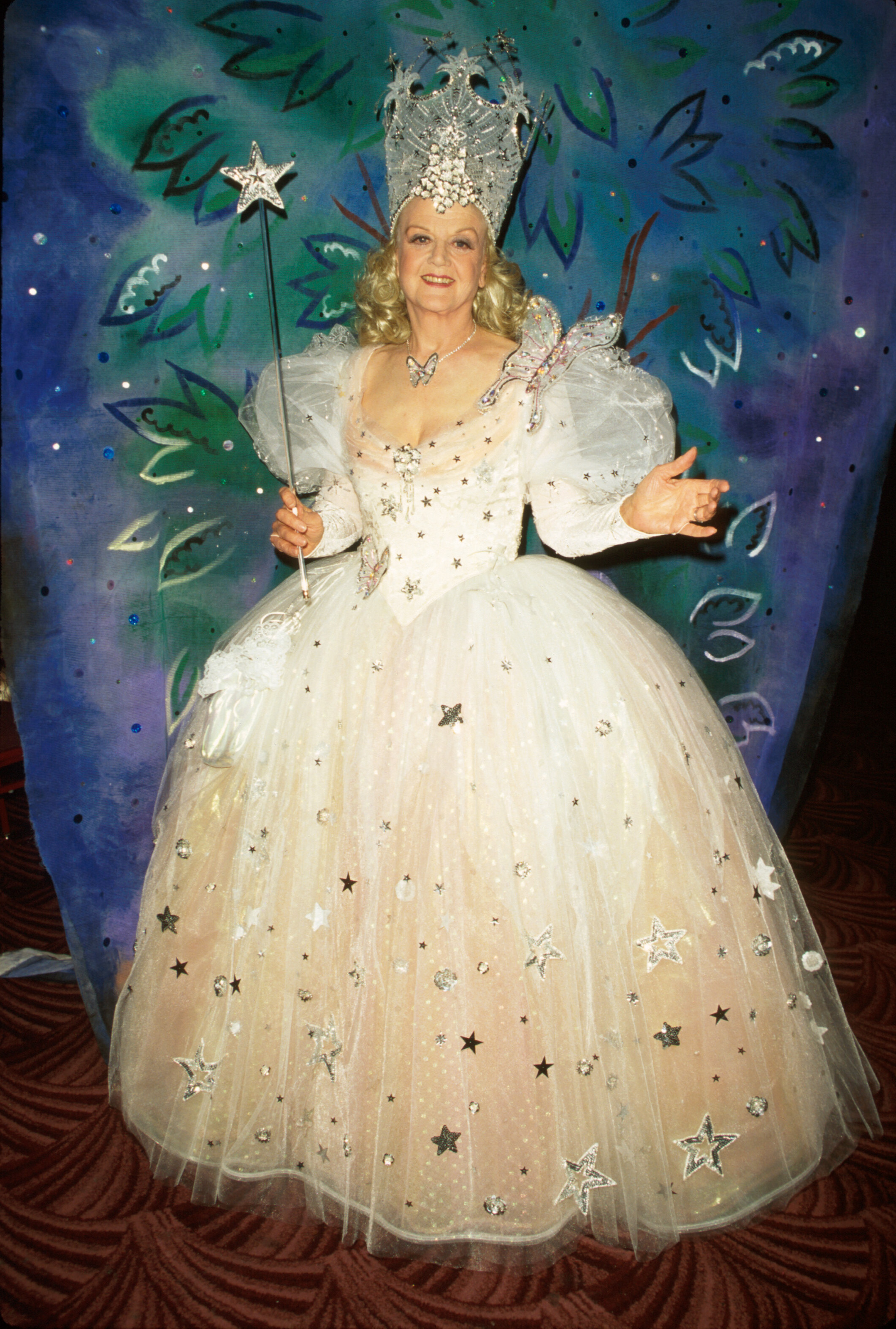 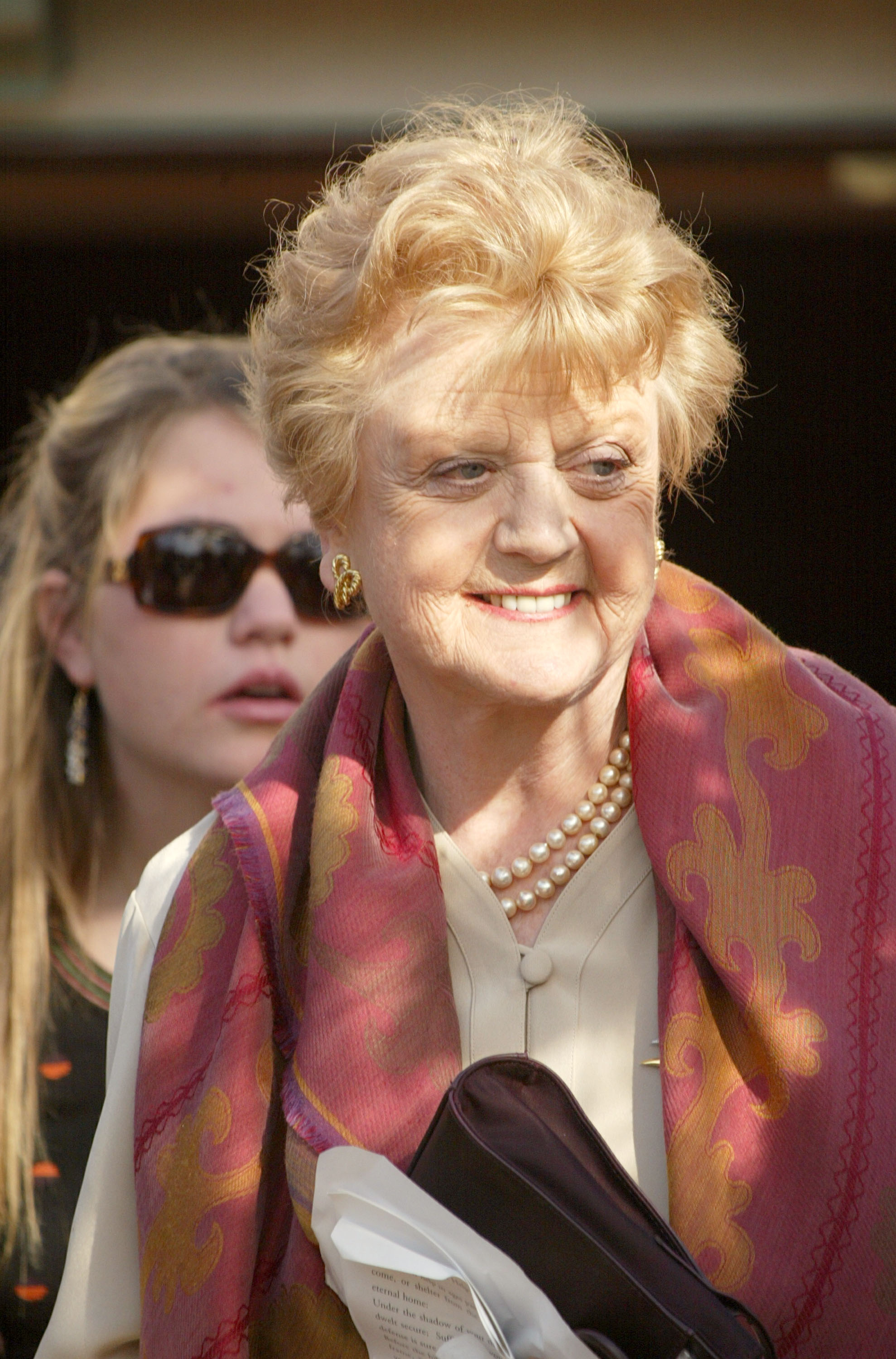 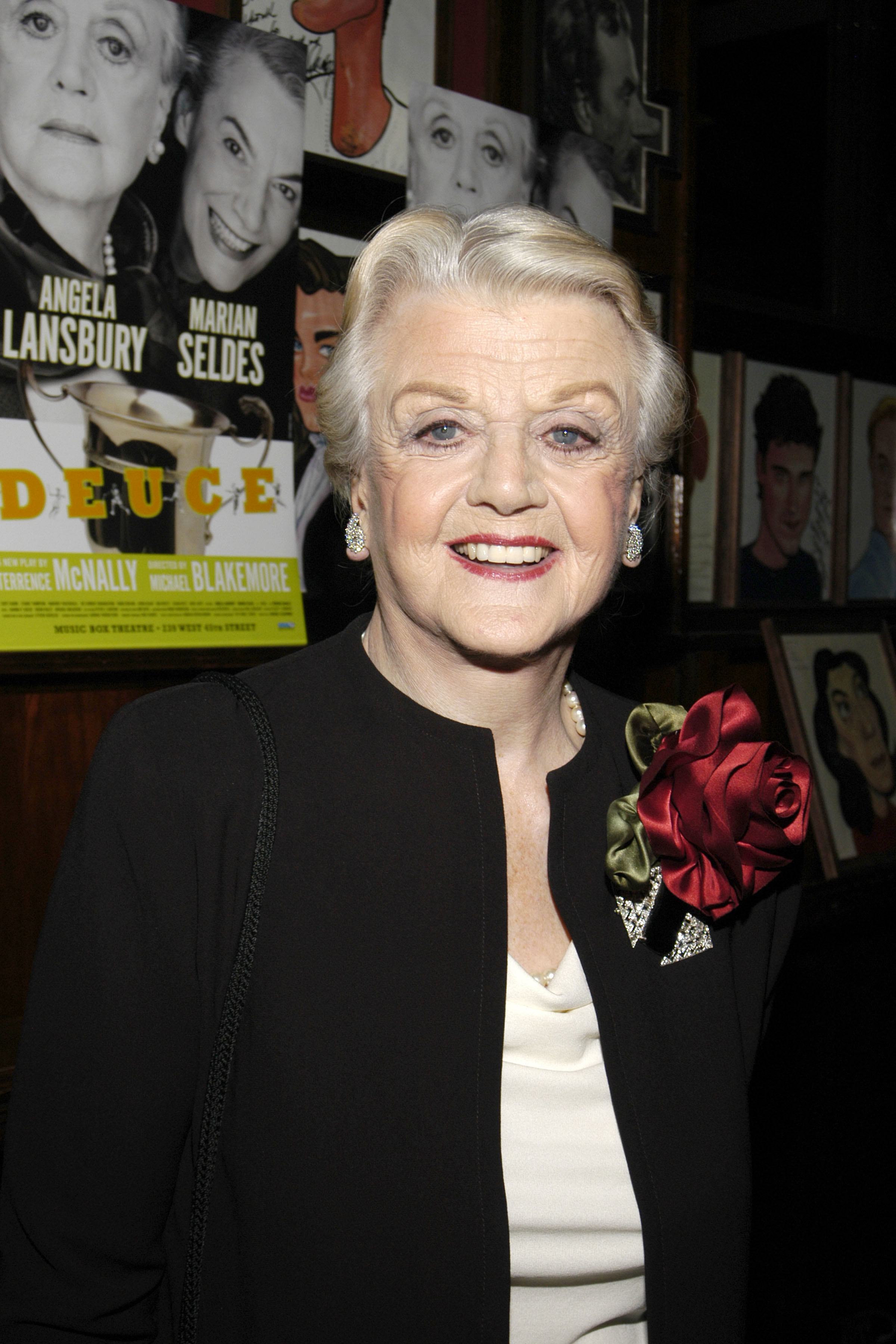 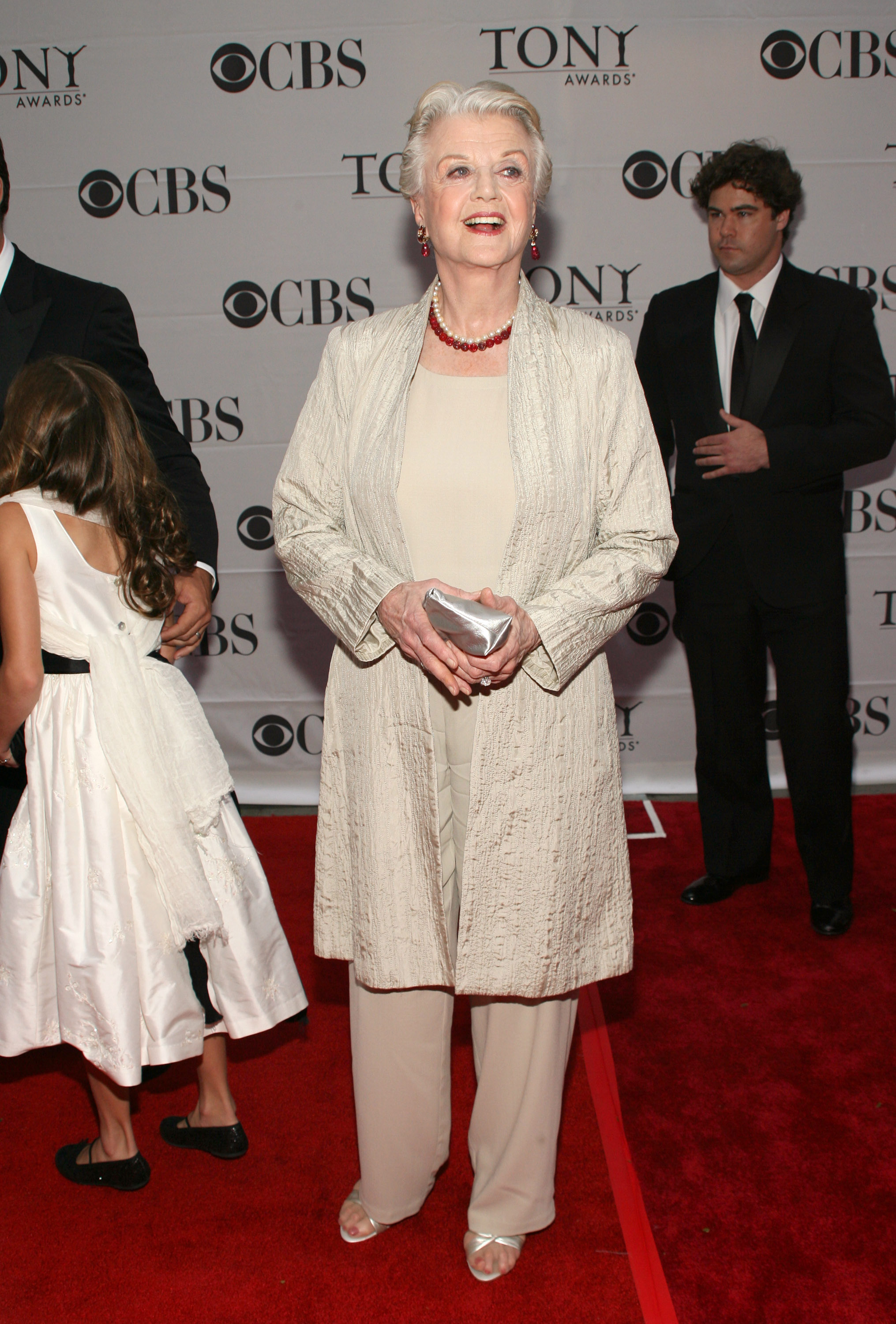 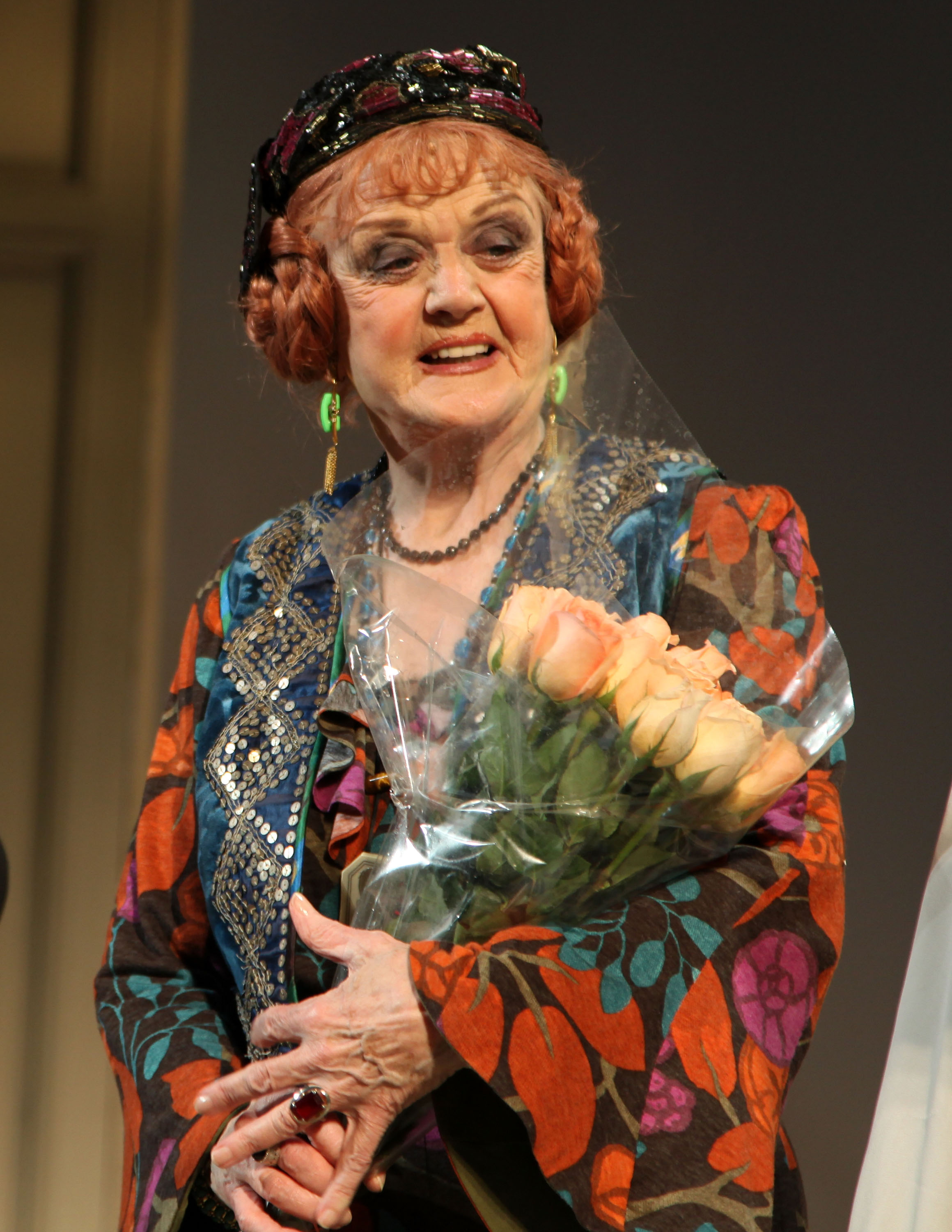 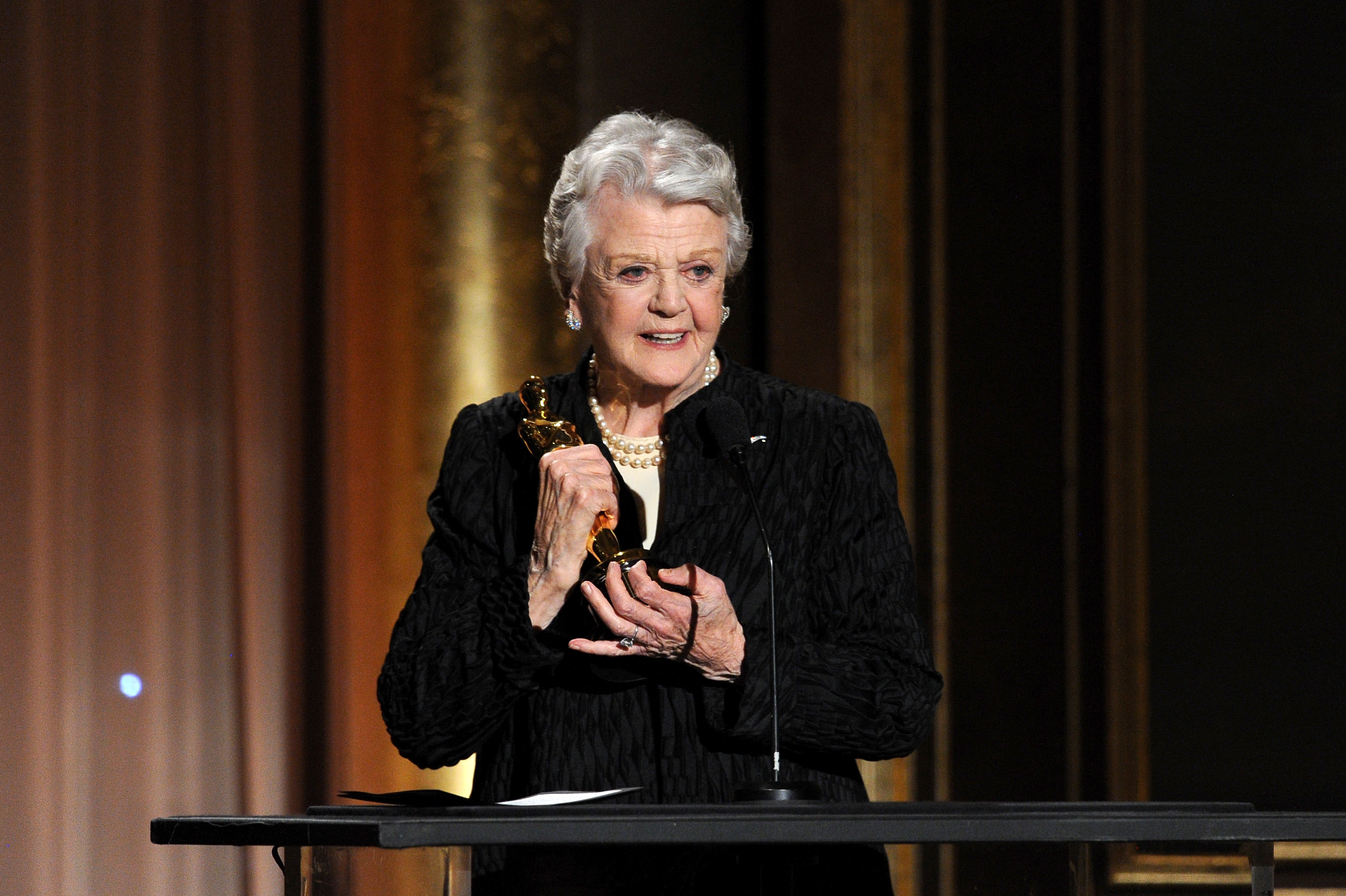 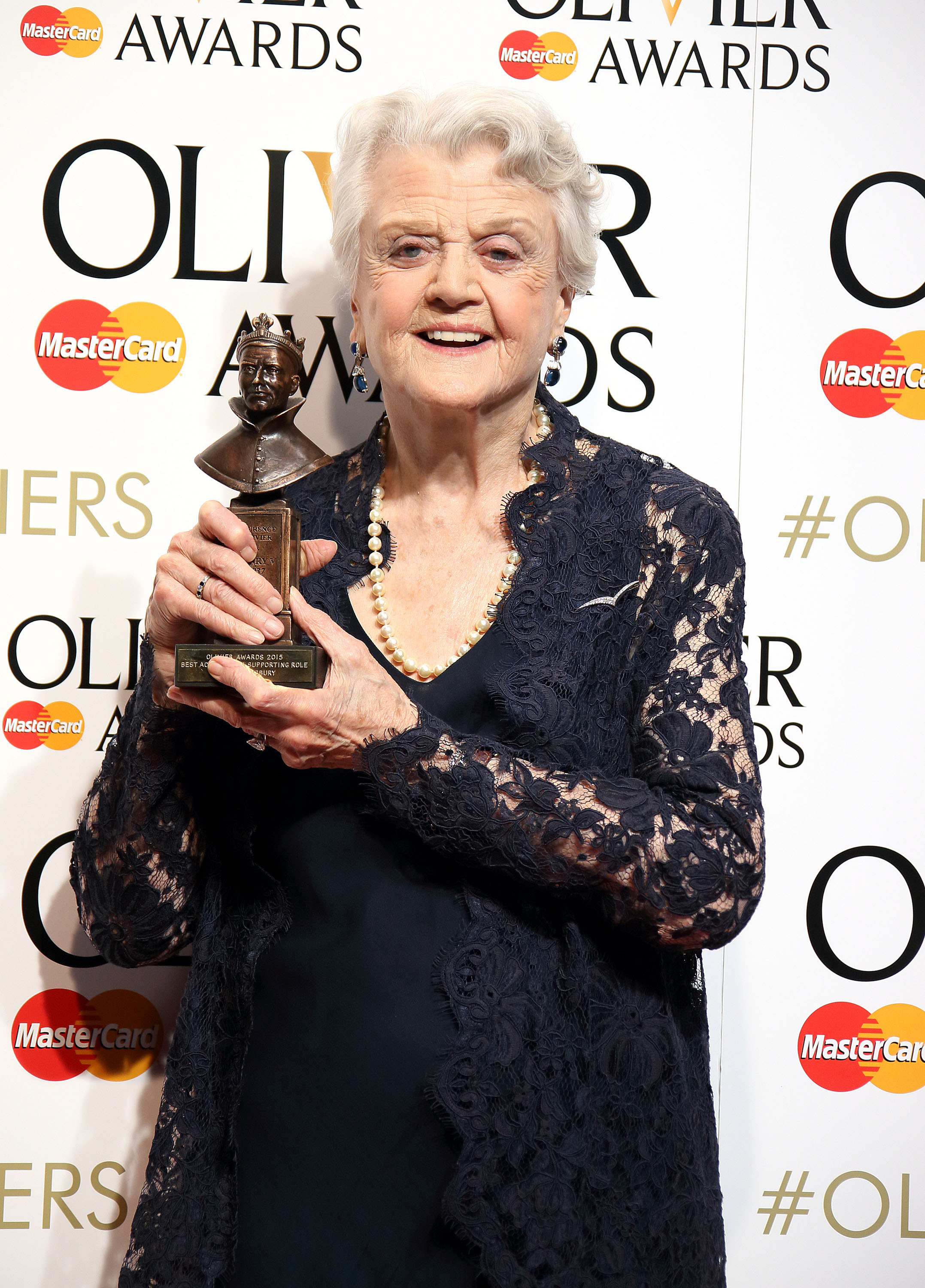 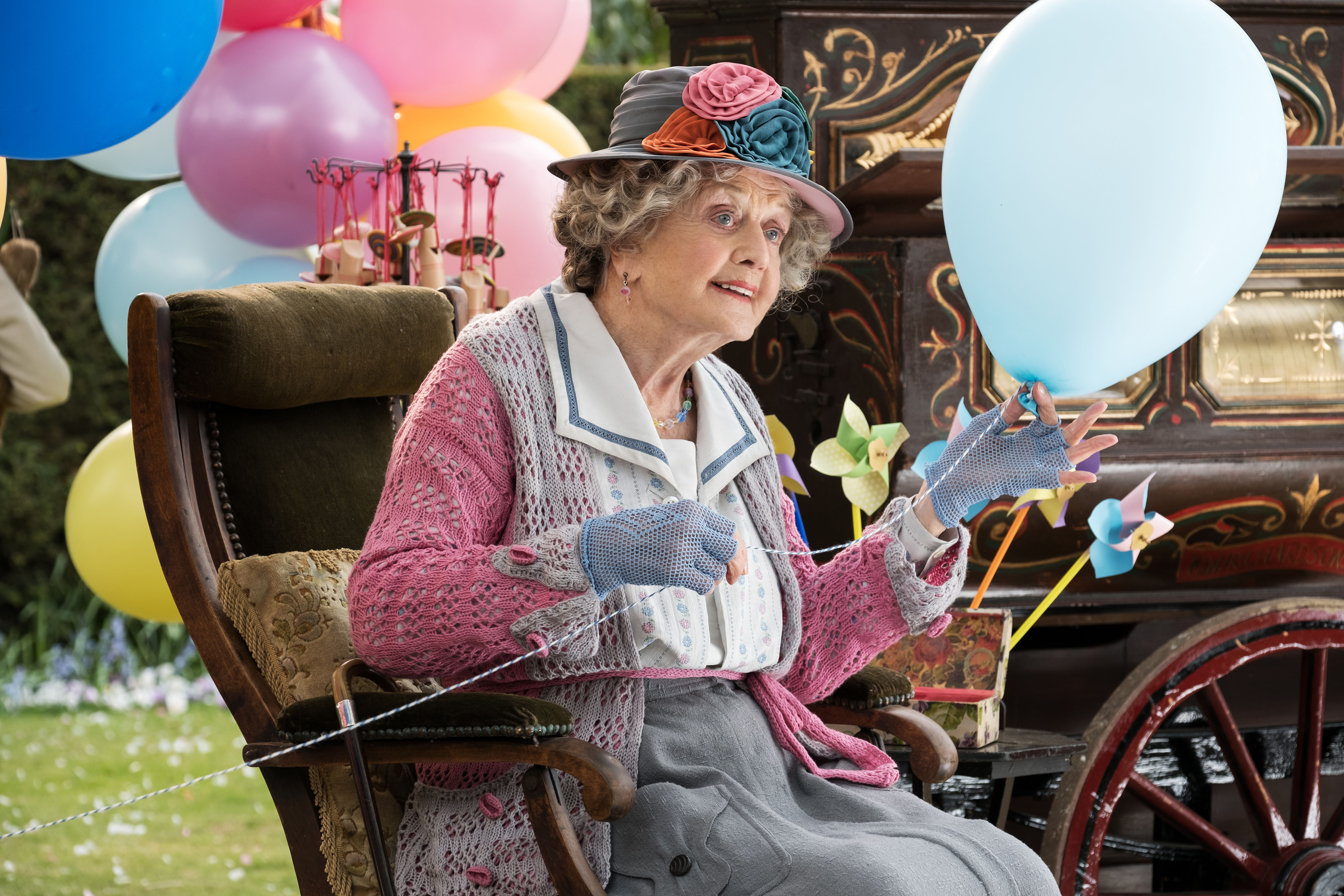 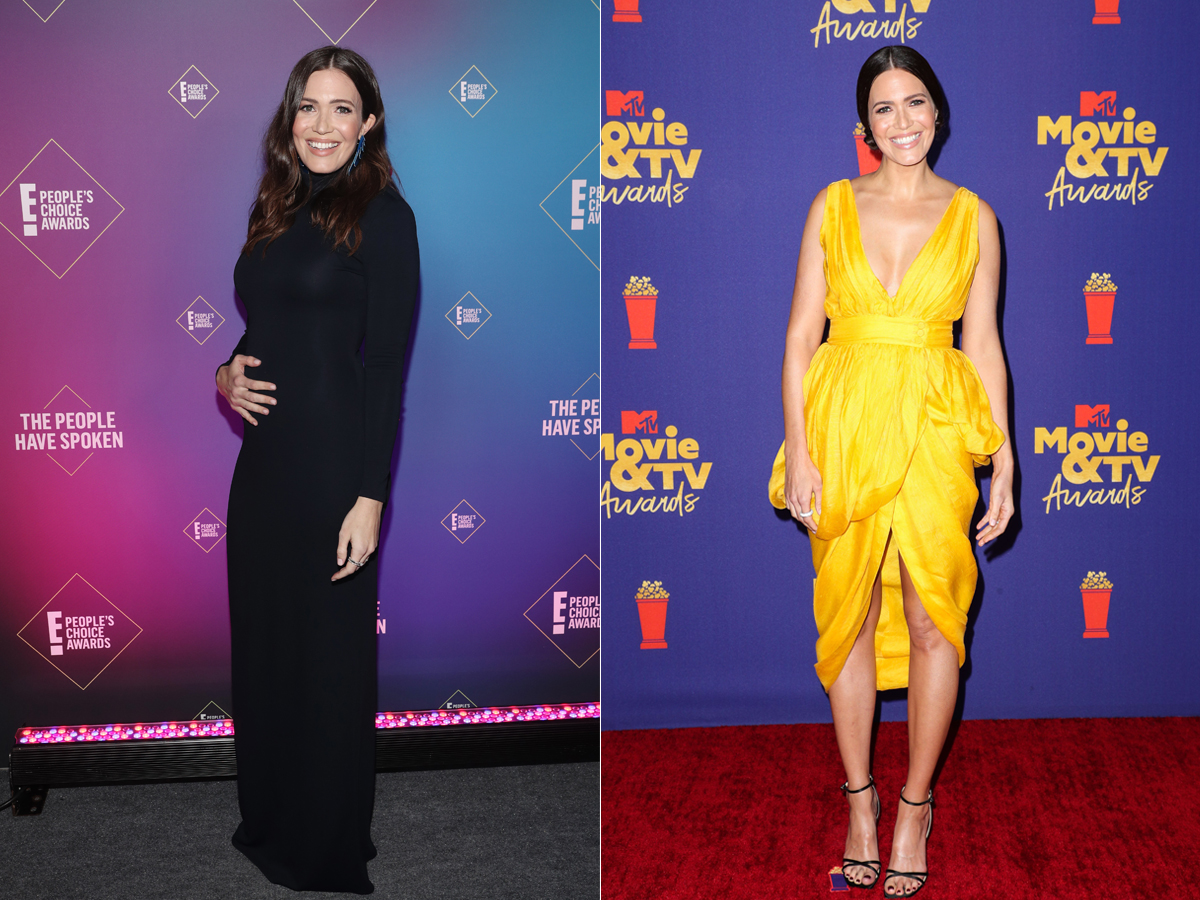