Arnold Schwarzenegger Shouts Out His Mom Day Before His 75th Birthday 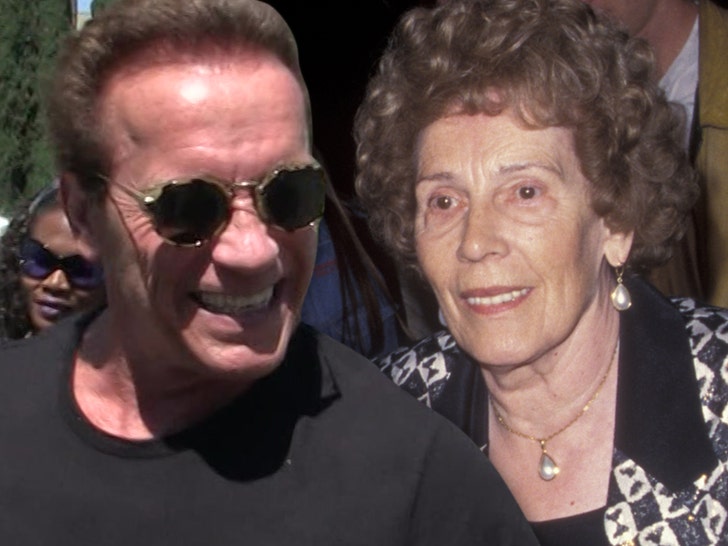 Arnold Schwarzenegger hit a milestone in age this weekend — but he doesn’t really wanna talk about that … instead, he put the focus on his late mother, with a very touching tribute.

The ex-California governor and legendary movie star hit the big 7-5 Saturday, and he’s getting tons of tributes online and elsewhere … with everyone wishing him a happy 75th birthday. Of course, it’s well-deserved — but AS’s mind seems to be elsewhere right now.

On Friday — the day before Arnold’s own bday — he posted a remembrance for his mom, Aurelia, whom he said would’ve turned 100. He explains how much his mother meant to him while she was alive, and what she taught him growing up that he still upholds today.

Arnold writes, “Today my mother, Aurelia, would have turned 100. She was the best mother you can imagine and I’ll always love her. I can’t explain how much she meant to me, but she is the number one reason I won’t call myself self-made.”

He adds, “She showed me unconditional love, the importance of keeping my house clean, how to make the perfect schnitzel, and patience. A lot of patience. Make sure to tell your mothers how much they mean to you!”

Aurelia passed away while visiting the gravesite of her late husband, Gustav, in her native Austria back in 1998. She collapsed during the visit after suffering a heart attack — and despite being flown to the nearest hospital, she died.

It greatly affected Arnold at the time, whose Hollywood star was at its peak … he said his world was crushed, and clearly — his mother’s death still means a great deal to him today.