Former president Barack Obama is such a doting dad that he allowed his daughter Malia Obama’s boyfriend to quarantine with their family at the start of the coronavirus pandemic.

In a new interview on The Bill Simmons Podcast, per Instyle, Obama confirmed that his daughter is indeed dating, and although he didn’t share the identity of Malia’s beau, he did reveal that the young man is British. The former POTUS let the news slip while discussing his favorite quarantine activities.

“I think, [like] a lot of families, we went through that first month where we were playing games every night and doing little arts and crafts projects and then slowly, you know, they started to get a little bored with us,” explained Obama during the chat. “Maybe teaching Malia and Sasha, and Malia’s boyfriend who was with us for a little while, spades.” 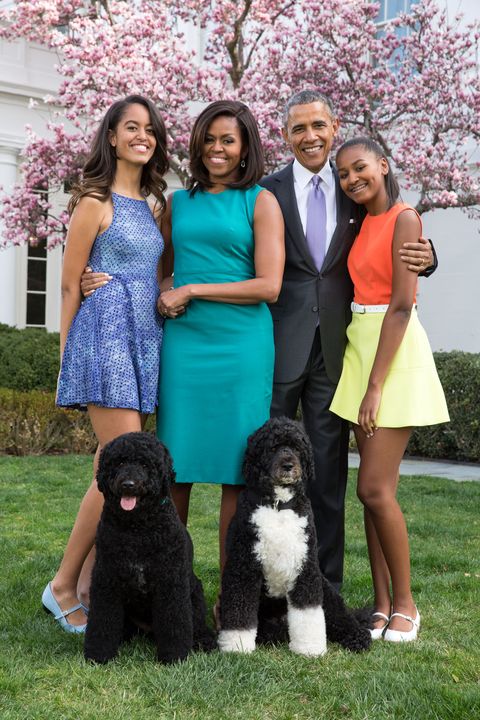 The proud dad admitted that even though he wasn’t keen on the idea of immediately liking Malia’s boyfriend, he eventually gave in and recognized the lucky guy was an appropriate match for his daughter.

“He’s British … wonderful young man, and he was sort of stuck because there was a whole visa thing and he had a job set up,” said Obama. “So we took him in and I didn’t want to like him, but he’s a good kid.”

Obama later quipped that having Malia’s boyfriend as a guest opened his eyes to how much food young men consume on a daily basis. “The only thing you discover—this is not a surprise to you, Bill, because you’ve got a son—young men eat. It’s weird to watch them consume food. My grocery bill went up about 30%,” the former president joked.