Carey Mulligan is in a hole… but on a roll! BRIAN VINER reviews The Dig

Verdict: What the Dickens?

A little like the remarkable event it dramatises — the unearthing of the famous Anglo-Saxon ship burial at Sutton Hoo in Suffolk — The Dig yields treasure after treasure.

Moreover, it is especially welcome at a time when the rules of period drama, doubtless influenced by the success of The Favourite (2018), are being redrafted. 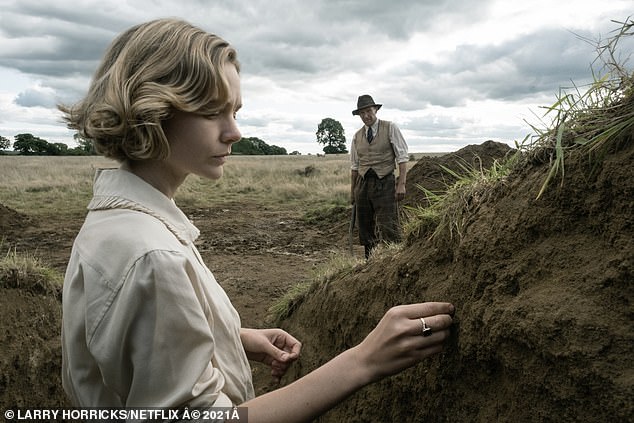 In The Dig, Ralph Fiennes (right) and Carey Mulligan (left) are both award-worthy wonderful in the lead roles of Basil Brown and Edith Pretty

Ralph Fiennes and Carey Mulligan are both award-worthy wonderful in the lead roles of Basil Brown and Edith Pretty. The latter was a wealthy widow in declining health who had long wondered what might lie under the burial mounds on her land, while the former was a self-taught local archaeologist sent by the Ipswich Museum to help her find out.

All the support acts are excellent too, not least young newcomer Archie Barnes, a genuine delight in the role of Edith’s son Robert. Lily James and Johnny Flynn are also nicely cast, even though their characters provide a dose of simmering romance that the film doesn’t really need. It is already a kind of love story — a potent and touching meeting of minds, Edith’s and Basil’s, entirely bridging the chasm of class.

They’re not just interested in the past, these two improbable soulmates — they also understand its value at a time when the future is so uncertain. It’s the summer of 1939, war is looming, and all such projects will soon be put on hold.

This adds real urgency to the excavations on Edith’s land, which are led by Basil until the abrupt arrival of imperious academic Charles Phillips (Ken Stott), who tries to claim the site for the British Museum. He’s an appalling social and intellectual snob, but, thanks largely to the carefully nuanced screenplay, never a caricature.

James plays Peggy, the wife of one of his proteges, Stuart Piggott (Ben Chaplin), whose sexual disinterest in her, for reasons she can’t understand let alone articulate, fires her attraction to Edith’s cousin, dashing airman Rory Lomax (Flynn).

In terms of historical fact, Lomax is an invention. But Peggy existed; indeed she was the aunt of novelist John Preston, whose 2007 book of the same name inspired this gorgeous film. And it was she, too, who uncovered the first elaborately bejewelled artefact at Sutton Hoo — exciting evidence that the Anglo-Saxons were a cultured lot, not just hairy marauders.

No doubt there were a few of the latter type knocking around in the 7th century, just as there are now, but I fancy that even a hairy marauder might appreciate the many quiet virtues of The Dig.

By way of contrast with The Dig, Twist is a film that deserves to be buried under great mounds of earth, and not unearthed for at least 1,500 years.

It’s a ‘modern reimagining’ of Oliver Twist, a witless stab at a comedy thriller with the thumping soundtrack, and the energetic tics and mannerisms, of a Guy Ritchie film without the questionable excuse of actually being a Guy Ritchie film. Martin Owen is the director. 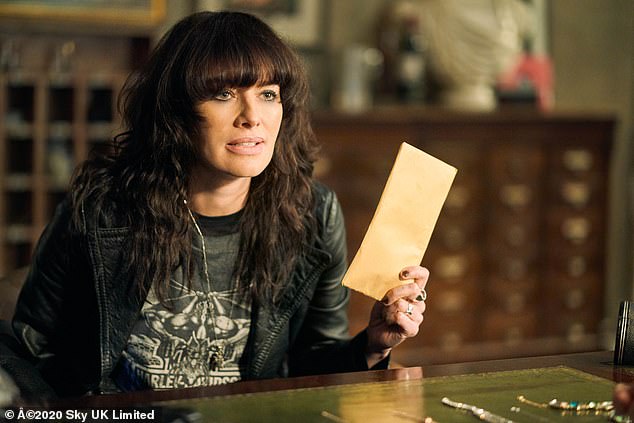 Twist ‘introduces’ Jude Law’s son Raff (a ringer for the old man, by the way) as the titular hero, an agile East End graffiti artist who falls in with a gang of thieves led by former art dealer Fagin (Michael Caine, giving a performance of supreme self-parody) and assures us at the start that there’ll be ‘no singin’, no dancin’ and definitely no ‘appy endin’.

This reimagining also presents us with singer Rita Ora as ‘Dodge’ and Lena Headey as Sikes, a predatory lesbian (with a terrifying Claudia Winkleman fringe). Oh, and there’s a horrible traffic warden called Mr Bumble.

I’d Do Anything to be able to forget all about it.

WELCOME TO THE TRUMAN SHOW

The enduring fascination with Truman Capote always seems to me to be way out of proportion with his achievements as a writer — the brilliance of his 1966 ‘non-fiction novel’ In Cold Blood notwithstanding.

But he certainly inspires good work. Our own Toby Jones and the late Philip Seymour Hoffman both played him, brilliantly, in separate feature films. There’s a terrific novel, Swan Song, about his downfall in Manhattan society.

And now comes The Capote Tapes (★★★), a very watchable documentary, even if it over-inflates his literary stature by stating, with laughable hyperbole, that he was ‘the most lionised writer since Voltaire’. 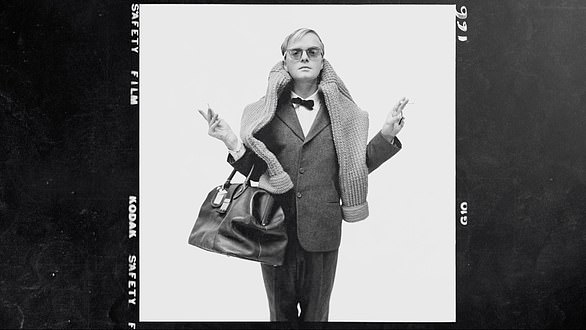 The Capote Tapes is a very watchable documentary, even if it over-inflates his literary stature by stating, with laughable hyperbole, that he was ‘the most lionised writer since Voltaire’. Pictured: Author Truman Capote shot by Richard Avedon

Ebs Burnough’s film borrows extensively from recordings made by the late George Plimpton, who wrote a book about Capote, and focuses mainly on the episode covered in Swan Song.

Capote had a coterie of rich female friends, the so-called ‘swans’, to whom he was a kind of beloved court jester, but who cut him loose when they realised he was recycling their private disclosures, mostly about sex, in his (unfinished) novel Answered Prayers.

Lauren Bacall and Norman Mailer are among those sharing their memories of Capote, who died in 1984, in a film that’s as much about a lifestyle as it is about a life.

Another documentary, Assassins (★★★★), tells the extraordinary story of the murder, at Kuala Lumpur airport in 2017, of Kim Jong-nam, half-brother (and a perceived political threat) to the North Korean leader Kim Jong-un.

Thanks to security cameras, the assassination is clearly captured on film, as two young women rub a deadly nerve agent in his face, then hotfoot it to the loo to wash it off their hands.

The pair could not be fingered more conclusively — except that Ryan White’s film finds overwhelming evidence to show that they believed they were simply taking part in a prank video. If ever you wanted documentary evidence of a world gone mad, here it is.