She should know! Catherine Giudici, one half of one of the most successful couples in Bachelor history, shared some tips for Matt James and Rachael Kirkconnell as they give their romance another try.

Former ‘Bachelor’ and ‘Bachelorette’ Leads: Where Are They Now?

“Just commit to each other,” the Seattle native, 35, told Us Weekly exclusively on Monday, May 10, while promoting her and husband Sean Lowe’s new collaboration with Nutrisystem. “If they want to be together, [they should] commit to each other and know that there’s a lot of noise out there, but really look at each other and say, ‘Is this something real?’ And I think that’s what they’re doing.” 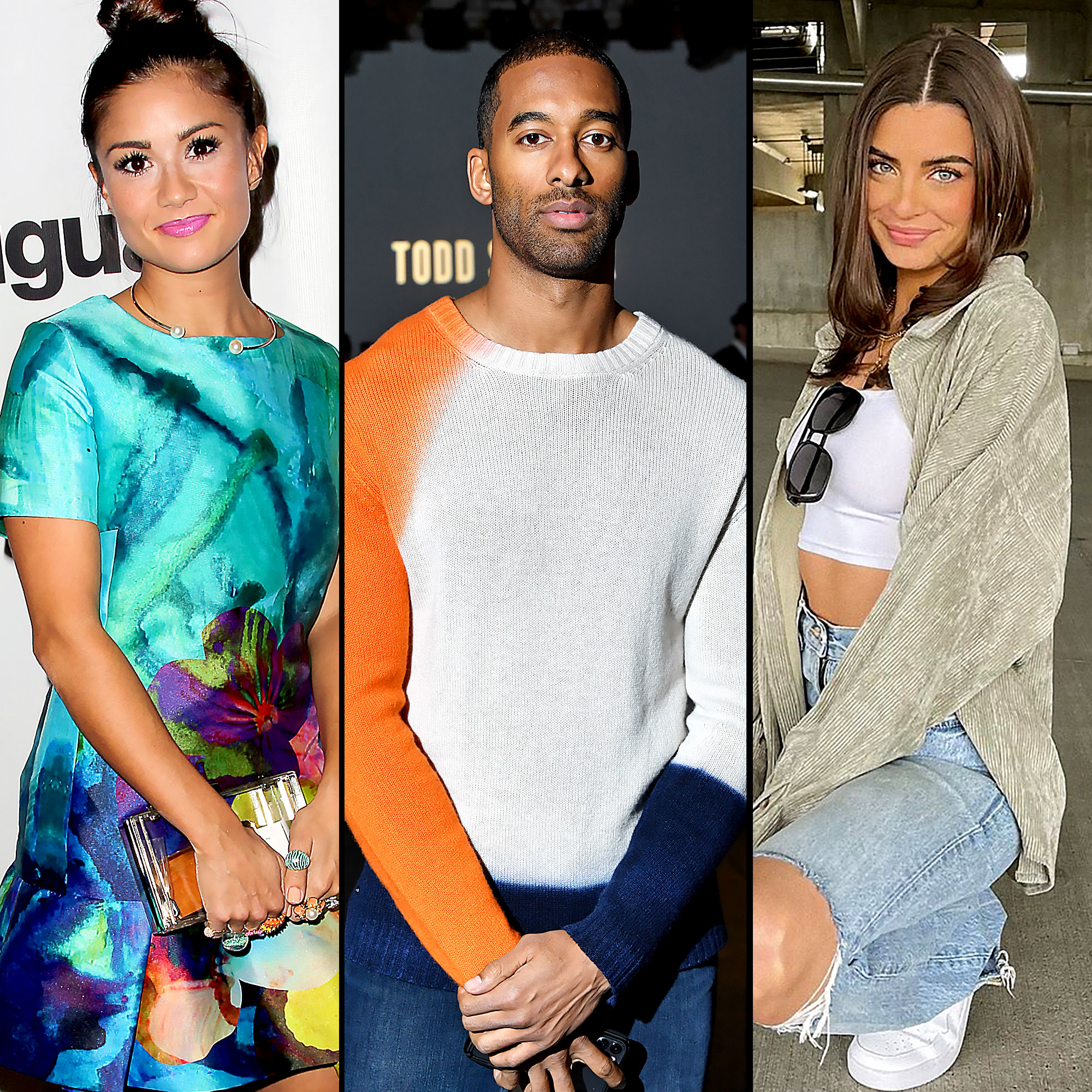 James, 29, confirmed last month that he is “focusing” on repairing his relationship with Kirkconnell, 24, following their tumultuous split. During the After the Final Rose special, which aired in March, the couple revealed that they had broken up after returning home from filming because of racially charged Instagram posts from Kirkconnell’s past that had resurfaced while the season aired.

The pair seemed to be heading toward a reconciliation in April when they were spotted together in New York City, but a miscommunication involving another woman briefly derailed their plans. After a lot of back and forth, the couple confirmed that they are back together in a WSJ. Magazine interview published on Wednesday, May 5.

“I think the best way to put it is that we can have critical conversations about being in this relationship and what I need in a partner — especially if that woman isn’t Black — to understand what comes with me and my life and being Black,” the former football player said. “It’s on people who care about being allies to do the work to be truly antiracist. And I think it’s unfair to leave people without the ability to unlearn and be better.”

For her part, Giudici believes the reality stars’ time apart will only help them grow closer. “I think taking a break and reconnecting is going to be really good for their relationship,” she explained.

Giudici met her husband, 37, during season 17 of The Bachelor, which aired in 2013. The pair married in January 2014 in a live TV ceremony and now share three children: sons Samuel, 4, and Isaiah, 2, and daughter Mia, 16 months.

The Washington State alum “loved being pregnant” with her three children, but she hasn’t been thrilled by the process of trying to lose baby weight during a year spent mostly indoors.

“It was actually exponentially harder after having the third child,” she told Us, noting that she’s lost 25 pounds since starting Nutrisystem’s Partner Plan with Lowe. “And having this whole pandemic. So now I have the convenience of going to the freezer or going to the pantry and finding a meal or a snack, and knowing that it’s going to be a delicious meal is so great.”

With reporting by Christina Garibaldi