Clean break! Christina Haack and Ant Anstead are already on the path to becoming cordial exes after finalizing their divorce in June.

The former couple divided up their assets evenly, with the 38-year-old Christina On the Coast star keeping four properties in California and one in Tennessee, Us Weekly confirms. Haack also walked away with a Range Rover and a Bentley — and her wedding ring.

For his part, the 42-year-old Wheeler Dealers personality secured seven vehicles, including a Range Rover, a 1958 Porsche and a Ford Mustang. Anstead will also maintain 100 percent ownership of his business ventures, one of which is a media production company.

Haack and the U.K. native tied the knot in December 2018, less than one year before welcoming son Hudson in September 2019. The HGTV star announced the duo’s “difficult decision” to go their separate ways via Instagram in September 2020. The split came as a big surprise to fans — and even to those in the duo’s inner circle. 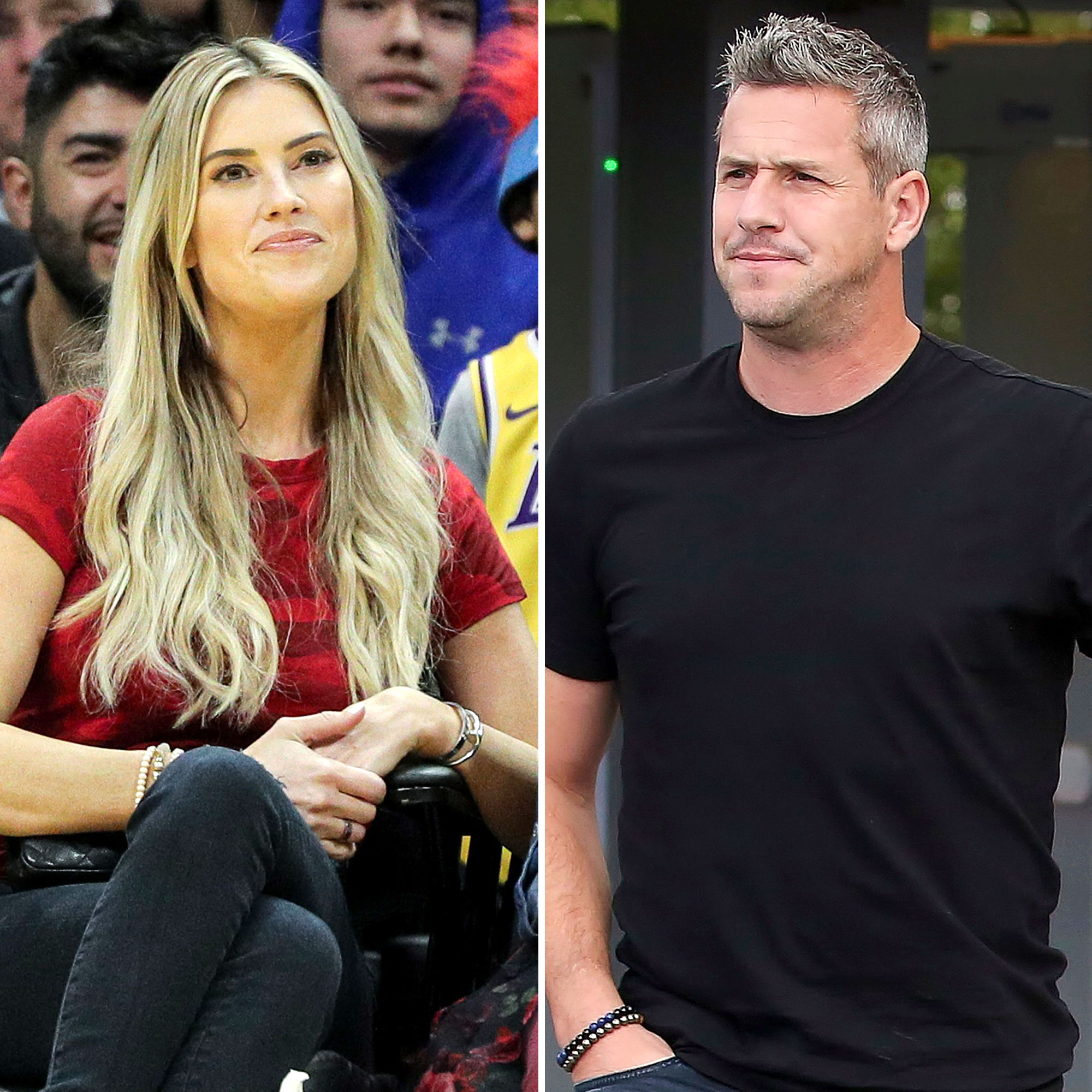 “Christina and Ant have been very private about this,” a source told Us exclusively at the time. “Friends are shocked to hear the news because they seemed happy together publicly and while in front of others.”

Nine months later, Us confirmed that the pair’s divorce was finalized, with the former spouses agreeing to share custody of their baby boy. Both Haack and Anstead are seemingly ready to put their past behind them, sparking new romances shortly after signing the paperwork.

The Cops and Robbers author was spotted getting cozy with Renée Zellweger earlier this month, packing on the PDA during a low-key bike ride in Los Angeles. Anstead met the Oscar winner, 52, while working on Celebrity IOU Joyride, a Discovery+ series he’s set to cohost with Cristy Lee.

Celebrity Exes Who Worked Together After the Breakup

“He’s excited about life and excited in general,” a source recently told Us. “Part of it can be because he’s dating Renée, but he definitely was excited about doing this project and he seems excited to do all the various projects he’s working on.”

Days after news of Anstead’s Hollywood romance made headlines, his ex-wife was photographed holding hands with new flame Joshua Hall before boarding a flight at LAX Airport in California. The couple celebrated Haack’s birthday on a “whimsical” getaway — and the Flip or Flop star had plenty to say to those who thought she was moving on too soon.

“I met Josh when I wasn’t in a state of fear or fight-or-flight. … The synchronicities hit us so hard and fast they were impossible to ignore,” she wrote via Instagram after taking her new relationship public. “I felt immediately crazy protective over him and wanted to keep him for myself and get to know each other before the tornado (media attention) hit. … We’ve had a few solid months of just us getting to know each other and I’ve loved every second of it.”

She continued, “I may be a bit crazy and I’m definitely not perfect, but I will never live my life based on other people’s judgments or opinions. … So, yes, ‘another relationship’ and guess what. I’m 38 — I’ll do what I want.”

Looking Back at Christina Anstead and Ant Anstead’s Relationship Timeline

The Wellness Remodel author was previously married to Tarek El Moussa, from whom she split in 2016 after eight years of marriage. They share daughter Taylor, 10, and son Brayden, 5, and continue to support each other wholeheartedly.

“I think she’s doing alright!” the Tarek’s Flip Side star, 39, told Entertainment Tonight on Friday, July 9, adding that he’s met Haack’s new beau “a few times” already. “[I] don’t really know him, but I sure hope [he’s a good guy].”