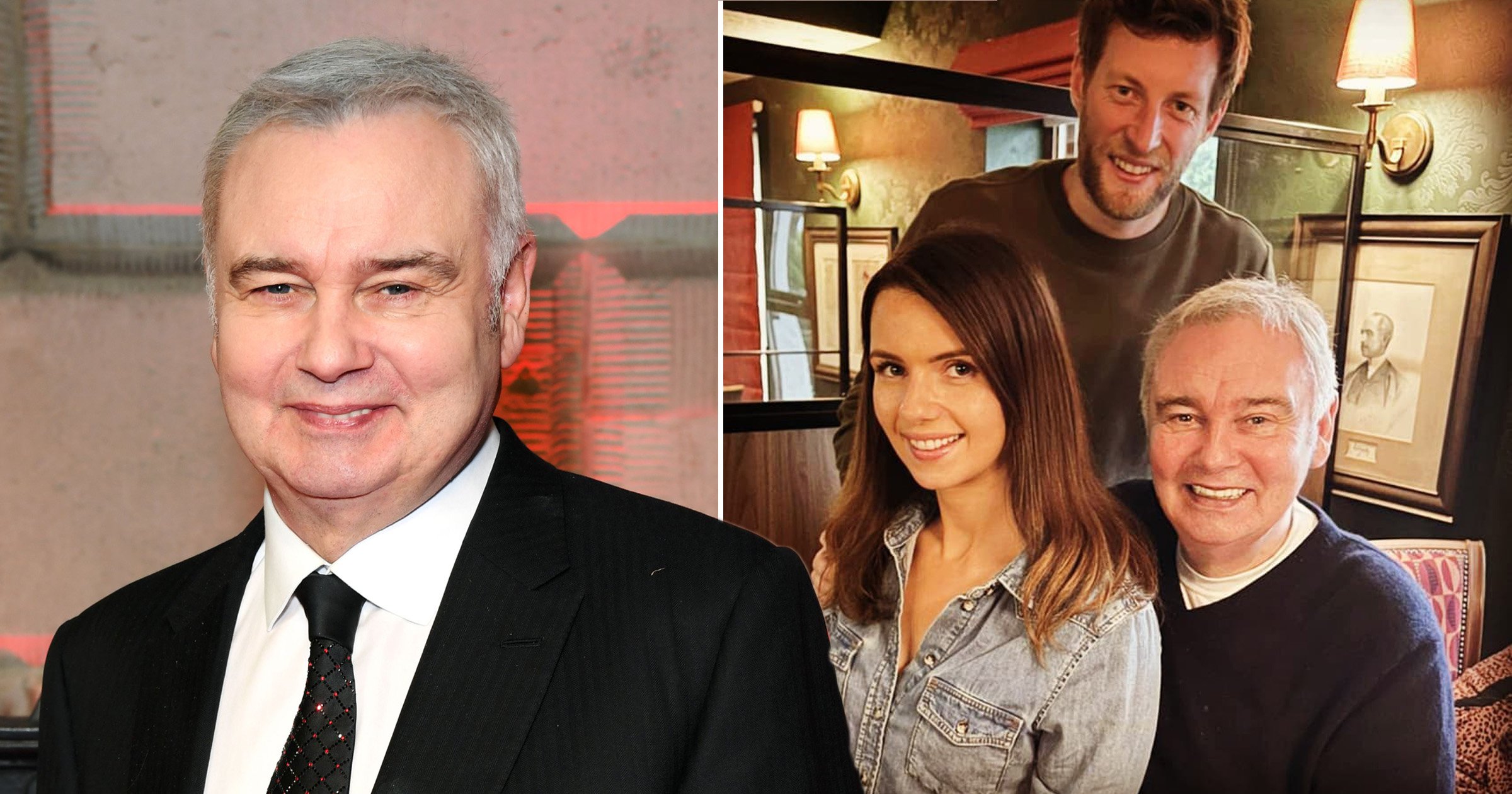 Eamonn Holmes has shared his excitement after his daughter Rebecca got engaged this week.

The This Morning presenter, 61, revealed Rebecca’s fiancé Mark asked for his permission before popping the question as he shared a photo with the happy couple.

‘They are very happy as is our whole circle. Mark popped the question on Rebecca’s birthday last week after asking me for my permission. He’s a top lad who we welcome into our family with open arms.’

As well as Rebecca, Eamonn shares sons Declan and Niall with first wife Gabrielle, who he was married to from 1985 until 1994.

He and Ruth Langsford began dating following their split, initially keeping their relationship under wraps out of respect to Eamonn’s children.

Ruth, 61, gave birth to their son Jack in 2002 and she and Eamonn married in 2010 after he proposed to her via text message.

She previously told the Belfast Telegraph: Eamonn says he was looking at me across the room and had one of “those moments”.

‘He said I was laughing and having so much fun and looking so lovely that he thought to himself, “Why I am not married to this woman?”’

Eamonn was faced with an awkward wait for a reply as Ruth admitted: ‘My bag had been lying under a table and I hadn’t heard my phone beep so it wasn’t until we were in the car on the way home that I saw it.

‘We had a driver and we were both sitting in the back of the car and Eamonn said he heard my phone.’

After reading the messaged, Ruth accepted, reveling: ‘I said “yes please” and because we were both very aware of the driver in front, we just held hands on the way home and said nothing. It was very special.’