Emma Corrin Looked Nothing Like Princess Diana at the Emmys

Listen, I get it — The Crown isn't for everyone. You're either obsessed with the royal family-centric show or you're not. (I… am not.) But after the 2021 Emmys, there's no way you won't know the most recent season's star Emma Corrin's name, if not because they're nominated for Outstanding Lead Actress in a Drama Series than because of their incredible look for the night.

Corrin, who's nominated for their portrayal of Princess Diana in The Crown, arrived at a London Emmys party in an unexpected but incredibly chic combination: a strapless pastel yellow gown with a matching bonnet — yes, a bonnet — and matching fingerless opera gloves. But it's the beauty elements of their look that escalate it to an even more stunning level. 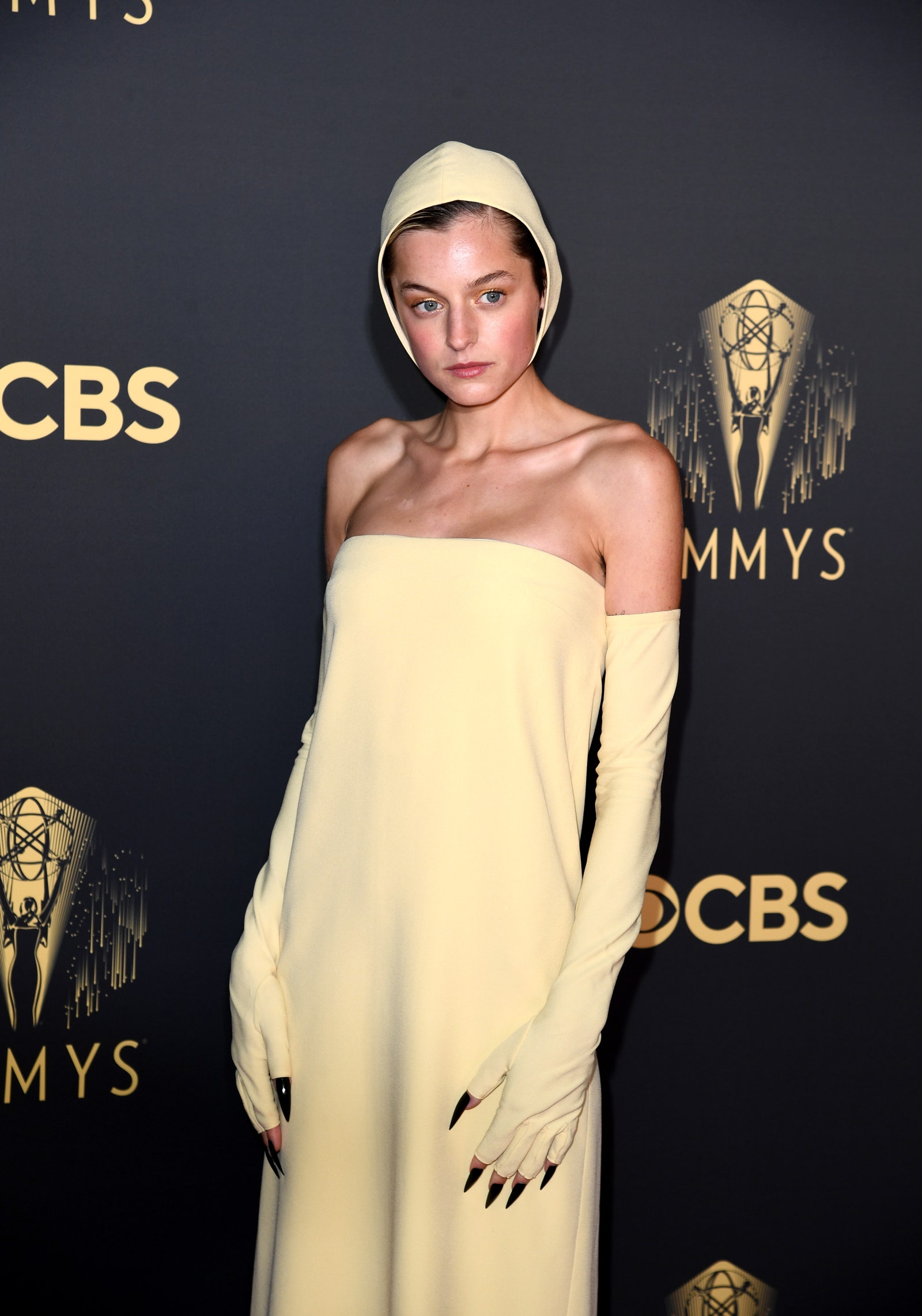 Stretching out from the fingerless gloves is the edgiest manicure. The shiny black nails would feel almost Halloween-y thanks to their length and pointiness if not for the soft shade of yellow making up the rest of their outfit. 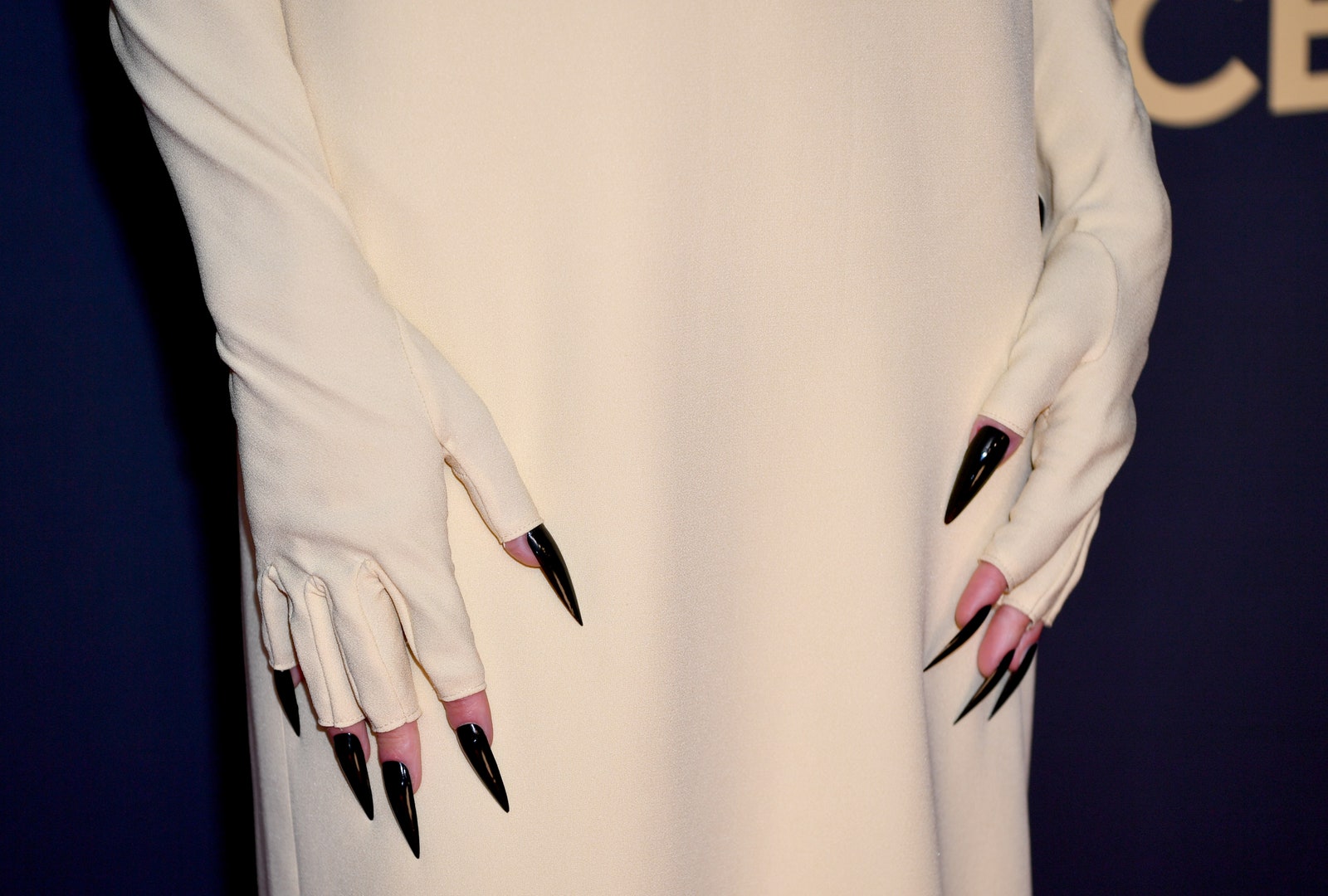 And speaking of yellow, Corrin carried the color over into their makeup with a shimmering yellow-gold eye shadow on an otherwise un-made-up eye — just a bit of mascara. The rest of their makeup look was also rather low-key: seemingly foundation-free skin, a healthy dose of rosy blush, and a hint of pink on the lips. 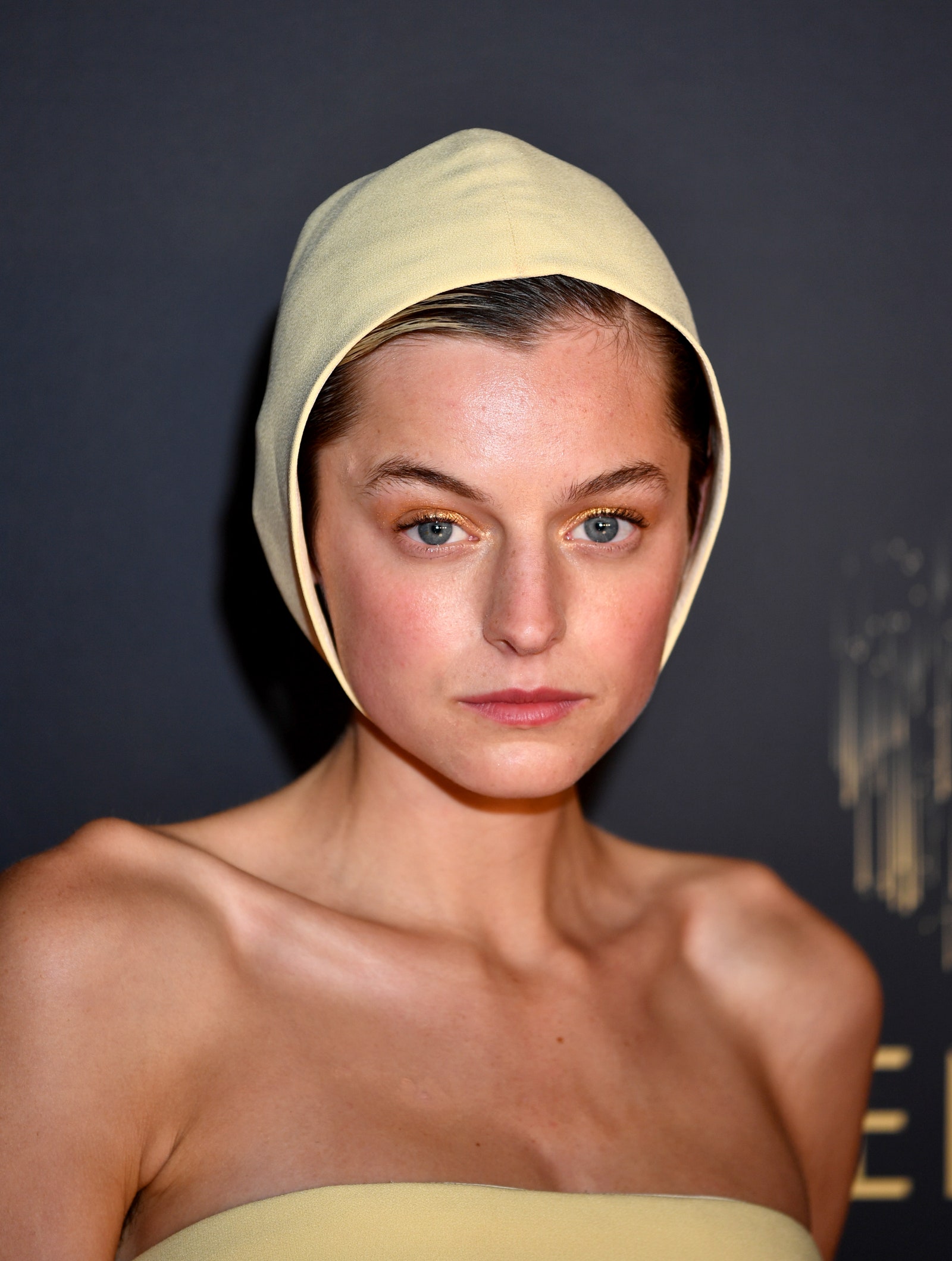 Needless to say, we're rooting for both Corrin and the possibility that the combination of bonnets and black nails becomes a huge fall trend.