England’s trophy-winning Lionesses stepped out on a well-deserved night out in London two weeks after their historic win.

Squad members Jess Carter and Fran Kirby were reportedly joined by Lauren James when they were pictured at Bluebird Café in Chelsea, west London.

Carter was spotted in a shiny peach blouse and chic leather skirt. 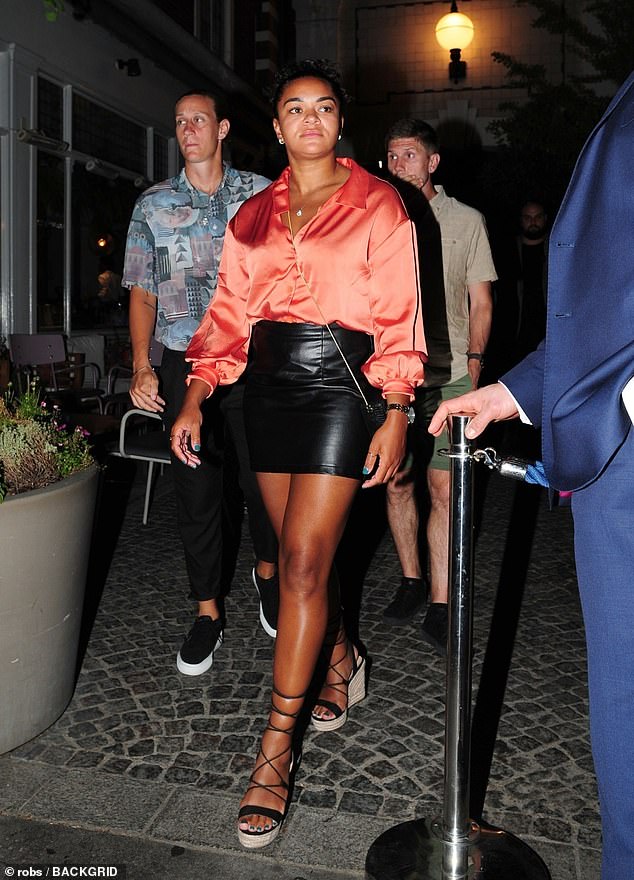 Chelsea’s Fran Kirby followed behind her England teammate in the posh London eatery.

They were joined by England U21 Lioness Lauren James who is a teammate of Kirby at club level.

England’s women have newfound fame and reverence after their stunning victory against Germany at Wembley Stadium on July 31. 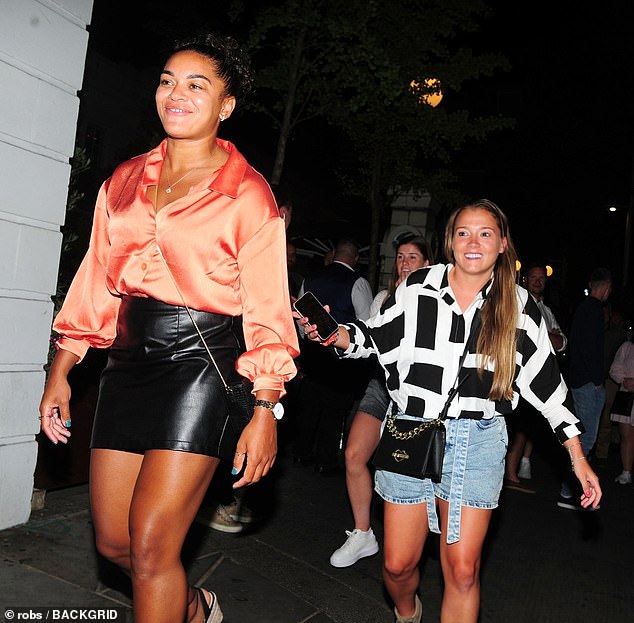 Pals: Fran Kirby sported an oversized black-and-white shirt and denim skirt alongside a black quilted handbag while following behind Carter

Since the trophy win, the team have been pictured enjoying themselves and their glory.

Winning goalscorer Chloe Kelly was filmed jubilantly belted out ‘Vindaloo’ with her England teammates and later attended a barbecue to celebrate the Lionesses historic Euro 2022 win.

The England winger, 24, took to her Instagram to passionately share with fans that she is ‘still buzzing from yesterday’ before posting a video outside in the sunshine with her family and friends.

Ms Kelly recorded herself dancing on a bus with her England teammates singing the iconic football track before smiling and laughing as she excitedly starts singing before the song begins.

Meanwhile, Leah Williamson shared an image of her teammate Beth Mead in a car clutching two McDonald’s takeaway bags, as they celebrate their triumph over Germany. 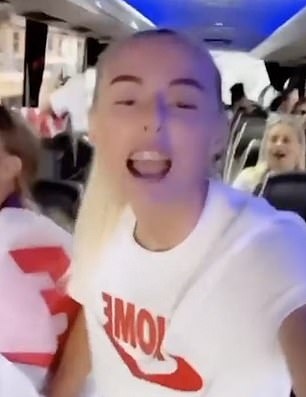 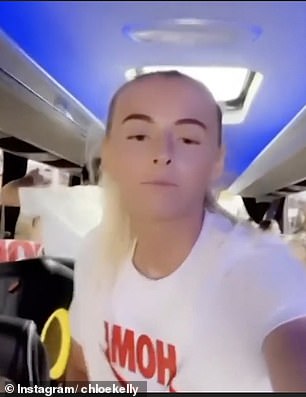 As Ms Kelly arrived home this evening, her PE teacher Julie Curley recalled her football ‘skills’ on her first day in the playground.

She told Sky News: ‘I remember her first day so clearly, I walked through the playground and I could see this young blonde girl doing kick-ups in the playground and a large group of people gathered around her. And I thought wow, this girl has skills, who is she? And little did I realise just quite how skilful she was.’

England’s victorious Lionesses partied with thousands of fans to celebrate their historic Euro 2022 win – the nation’s first major football trophy for 56 years – with the hungover players belting out Sweet Caroline and admitting they have ‘partied more than we’ve played football in the last 24 hours’ a day after their triumph.

Around 7,000 supporters went wild at the event hosted by Alex Scott in Trafalgar Square, where fans were dancing in the fountains last night after Chloe Kelly’s extra time goal.

Many of the players were wearing dark sunglasses after MailOnline revealed that they were dancing and singing in their hotel until 4am – but roared on by the crowd they proved they were ready to celebrate again this afternoon. 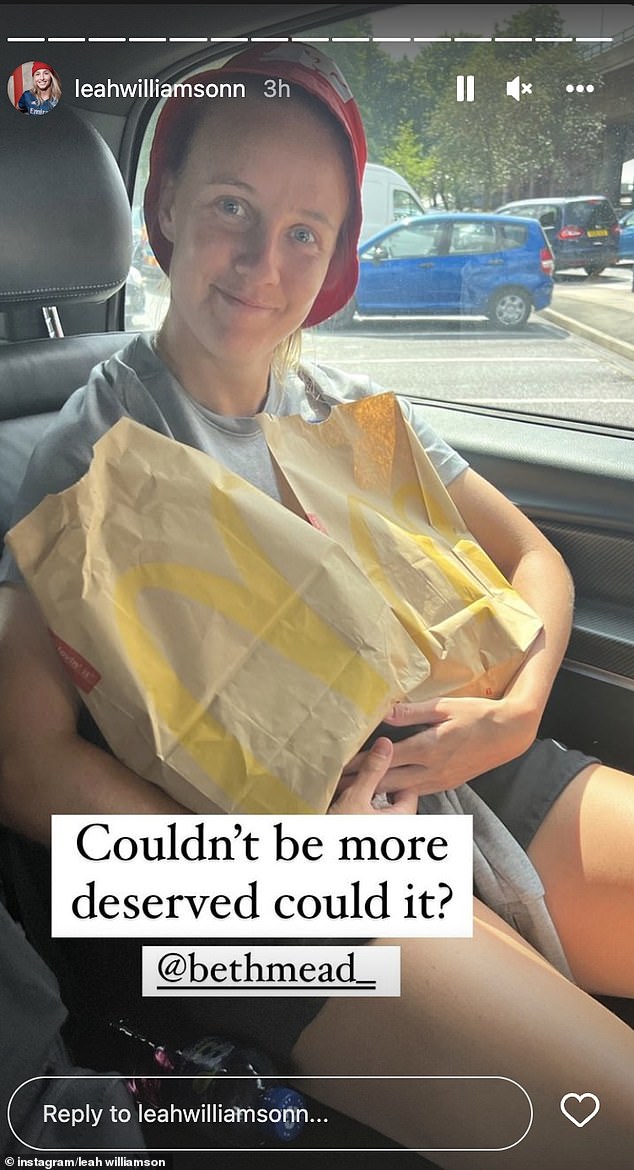 Leah Williamson shared an image of her teammate Beth Mead (pictured) in a car clutching two McDonald’s takeaway bags, as they celebrate their triumph over Germany