Expert Claims His Biography Will Tell The Truth About Meghan Markle

There will be new biographies to read about Prince Harry and Meghan Markle! An updated version of “Finding Freedom” updates the royal couple’s story after the Duke of Edinburgh’s death. Prince Harry is writing his biography, which will be ready in Summer 2022. And now, a royal expert is reportedly writing a new biography that is just about Meghan.

The new edition of “Finding Freedom” will go on sale on August 31. The updates to the book will also include a new chapter that will recount “Meghan’s emotional healing journey from losing a child to the birth of their daughter,” according to the Daily Mail.

Meanwhile, Harry’s upcoming biography is already making people mad. “I’m writing this not as the prince I was born but as the man I have become,” Harry said in a statement (via People). “I’ve worn many hats over the years, both literally and figuratively, and my hope is that in telling my story — the highs and lows, the mistakes, the lessons learned — I can help show that no matter where we come from, we have more in common than we think.” In response, Buckingham Palace politely — but firmly — had no comment.

It’s the upcoming book from royal expert Tom Bower, however, that might have the Duchess of Sussex worried. Keep reading to find out why.

Should Meghan be worried about the book? 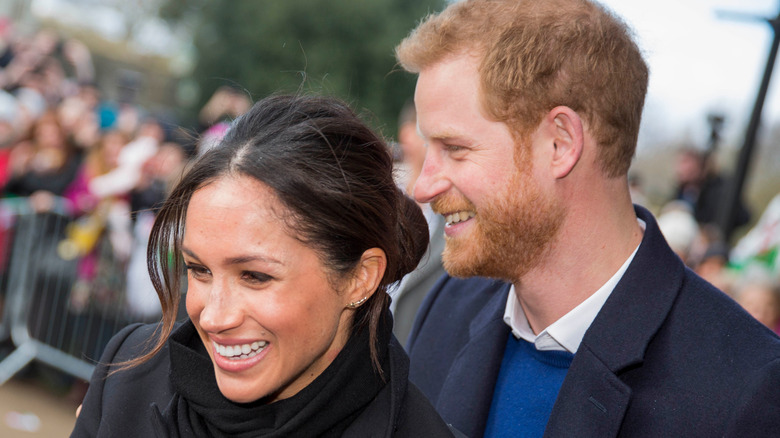 Meghan Markle might be worried about biographer Tom Bower’s upcoming book about her. “This is the book Meghan will be dreading,” an unnamed source told The Sun. “Tom doesn’t pull his punches, and is terrifyingly thorough in his research. No stone will be left unturned.” The Express calls Bower “Britain’s most feared biographer.”

According to the Daily Mail, the 74-year-old Bower is known for his “unsparing, unauthorized biographies of towering figures,” including Boris Johnson, Simon Cowell, and his 2018 book about Prince Charles, “The Rebel Prince.” The outlet reported that Bower had done almost a year of “meticulous research speaking to friends, foes, and associates of Harry and Meghan” before writing Meghan’s story. Bower told The Express, “I’m writing it now. It will tell the truth when it comes out next year.”

Having one of the most “feared biographers” write her story might make Meghan worried. Then again, it can’t be much worse than some of the things her family has already said to the media. The Duchess of Sussex’s half-sister Samantha Markle wrote “The Diary of Princess Pushy’s Sister — Part 1.” And Meghan’s father, Thomas Markle, never misses an opportunity to speak to the media about his youngest daughter, and his interviews are almost always negative. Meghan’s father has also threatened to take his daughter to court to see his grandchildren. It seems that the Duchess of Sussex already has pretty thick skin.