Fashion 'hauls,' where creators flaunt their clothing splurges, have become a huge trend on TikTok. But a growing chorus of TikTok critics say the trend is fueling the unsustainable consumption of fast fashion.

Like many New Yorkers in the last few months of 2020, 29-year-old Mandy Lee was spending more time on her phone and less time going out as the coronavirus pandemic lingered on.

And, much like many people around the world last year, TikTok became a trusty companion. Lee soon fell down the rabbit hole of the “haul” trend, where shoppers share their latest fashion splurges, often showing off piles of clothes that cost upwards of hundreds of dollars.

She too began buying items from brands popular on social media like House of Sunny and Paloma Wool and posting the spoils to her own TikTok followers, under the handle @OldloserinBrooklyn.

“It was the combination of lockdown and having more free time, which equals more content consumption because I was looking at my phone more, and having more disposable income as my partner and I were not going out,” Lee said. “It was the perfect storm for me to blow so much money on super trendy clothes, which was funny because I wasn’t doing anything.”

But Lee, who told Insider her initial intention was simply to be seen by her followers as someone who was up to date with the latest fashion trends, said she later came to the realization that she was beginning to lose her own sense of style. Plus, she grew tired of seeing similar outfits appearing over and over again in her feed.

“Looking back I feel so brainwashed,” said Lee, whose TikTok account now focuses on helping viewers develop their personal style, while avoiding overconsumption.

I love talking about trends but there’s a larger conversation to be had. ##houseofsunny ##2021trends ##fashiontrends2021 ##fashioncycle

Fashion haul videos gained popularity in the early days of YouTube. Now, the trend is taking off on TikTok, where creators filming themselves trying on dozens of new outfits in quick succession can easily gain millions of views. Videos posted using the “haul” hashtag, which predominantly contains fashion content, have reached 7 billion views.

But at the same time, the trend is facing backlash from a small but growing chorus of critics, who argue that hauls are promoting excessive spending on fast fashion, much of which can go to waste. Videos under the “overconsumption” hashtag on TikTok have reached 1.4 million views and sustainability-focused creators often call out other TikTok users for their wasteful fashion habits. 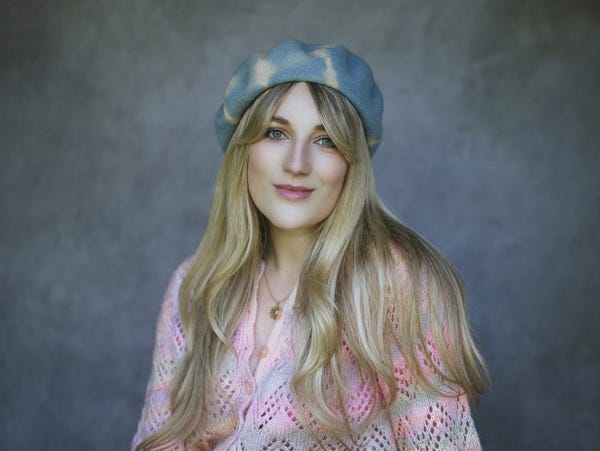 “What is terrifying is the glorification of the sheer volume,” said Lauren Bravo, a journalist and slow-fashion advocate whose book “How To Break Up With Fast Fashion” was published in 2020. “The cover images of all these TikTok hauls tend to show all the stuff laid out in a massive heap or line, still in its packaging. You’re not even admiring it as fashion, you’re just boggling at the scale of it.”.

“The problem itself isn’t hauls but the frequency and the amount of items per haul,” she said. “That’s what really promotes and encourages overconsumption”

While hauls have been popular on social media since the mid 2000s, the TikTokers interviewed for this article said the trend has evolved around the quirks of the TikTok app itself. The algorithmically driven For You landing page, which serves a curated feed of videos from creators that users might not already follow, can spotlight haul videos from creators with relatively small followings. 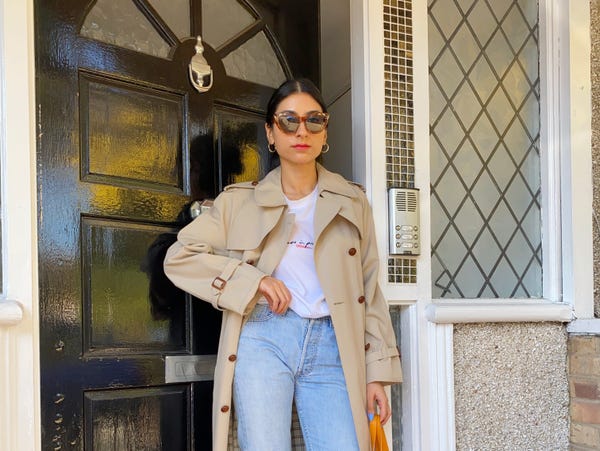 “You see hauls from normal people’s accounts and they have a small number of followers, and all the other videos have like 200 views,” said Alice May, a 22-year-old makeup artist who has recently been posting about fashion overconsumption on TikTok.

“But then they post a Shein haul, and it has like half a million views,” she added, referring to the online fast-fashion brand.

The shorter length of TikTok videos is partly responsible for the quantity of haul videos being on the app, according to Lee.

“YouTube hauls can be anywhere between seven- and 50-minutes, so the content you’re consuming is much longer, but now on TikTok it’s 15-seconds,” Lee said. “You’re going to see more of it because it’s more accessible to make.”

Lily Fang, who posts sustainable fashion and living tips on her ImperfectIdealist TikTok account, said she believes the algorithm doesn’t decipher between positive and negative comments made on TikTok videos.

“That’s the reason a lot of these hauls actually blow up,” despite unfavorable reactions to those videos, she said. 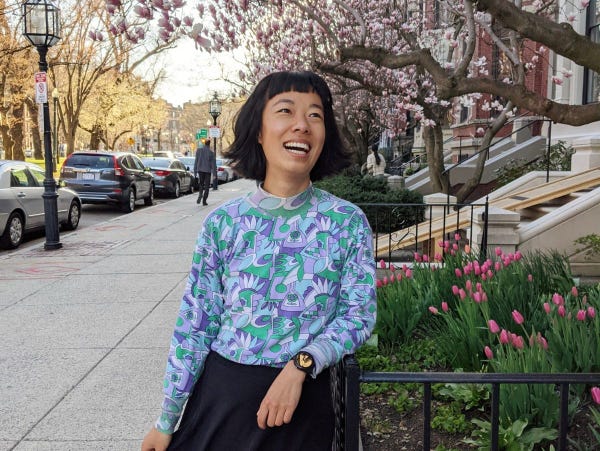 Cassandra Russell, TikTok’s fashion, luxury, and retail brand partnerships lead for its EMEA region, said in a statement that TikTok is making an impact on the fashion scene as conventional style rules “are being challenged by our diverse creator community.”

“There will always be a place for desirable and aspirational style on TikTok, but alongside this we are seeing the TikTok community drive conversations around sustainability, championing vintage and thrift shopping and even inspiring a huge craft movement,” Russell continued.

Fashion brands are among the companies that were quick to find their footing on TikTok.

Shein was the most talked-about brand on TikTok last year, according to a report by influencer-marketing platform HypeAuditor, which analyzed 12 million Instagram accounts, 4.5 million YouTube channels, and 5.2 million TikTok accounts throughout 2020. Also making up the top 10 were colored contact lenses brand TTDeye (#5,) and Fashion Nova (#7.)

China-based Shein, which sells incredibly low-costs styles for men, women, and children, is also one of the most frequently hauled brands on TikTok. The “sheinhall” hashtag has more than 2 billion views and the “Shein” hashtag has reached more than 7.6 billion views.

The top “sheinhaul” video shows a user spending $600 on multiple items — so many that it was split out into a six-party series. The first, which displayed all the items laid out in Shein’s trademark plastic zip-pouch packaging, gained 8 million views alone.

Shein’s own TikTok account, where the company regularly posts hauls itself, has more than 1.7 million followers. The company also has an affiliate program open to all social media users, regardless of their audience size, where creators can earn compensation of between 10-20% of the sales they drive. Shein did not respond to multiple requests for comment.

The TikTok creators interviewed for this piece said overconsumption of clothing related to hauls isn’t just limited to fast fashion. “Thrifting,” a popular trend on TikTok with more than 1.5 billion views, has also succumbed to the haul.

“People think that thrift hauls are much better than fashion hauls, and I agree that, baseline, they are much better than buying new clothing,” said Fang. “At the same time, if you are just buying a lot of things mindlessly, especially if you’re projecting it to the world in a haul, then that still perpetuates this idea of having a huge closet that is constantly moving and having new pieces.”

In recent years, retailers have looked to do more to promote sustainable consumption, such as offering resale programs and the “greening” of supply chains, said Neil Saunders, managing director and retail analyst at GlobalData Retail.

“However, when it comes to reducing the amount of apparel people buy there is a conflict of interests,” added Saunders. “Most apparel retailers want to sell more, not less — the idea that retailers should encourage their consumers to buy less is at odds with their business models and with the whole way retail, and business in general, works.”

To be sure, haul videos can also have a positive impact on their viewers. Bravo said TikTok videos have been useful in showing some shoppers what certain clothes look like on different body types.

“For much of the plus-size community it’s been valuable, and you could argue that it’s actually helping inform more sustainable consumption because people might not need to do a massive shop themselves of items they might end up sending back,” Bravo said.

But, she added, “If fast-fashion companies took responsibility for catering for their audience in a better way, then we wouldn’t need the hauls and overconsumption.”