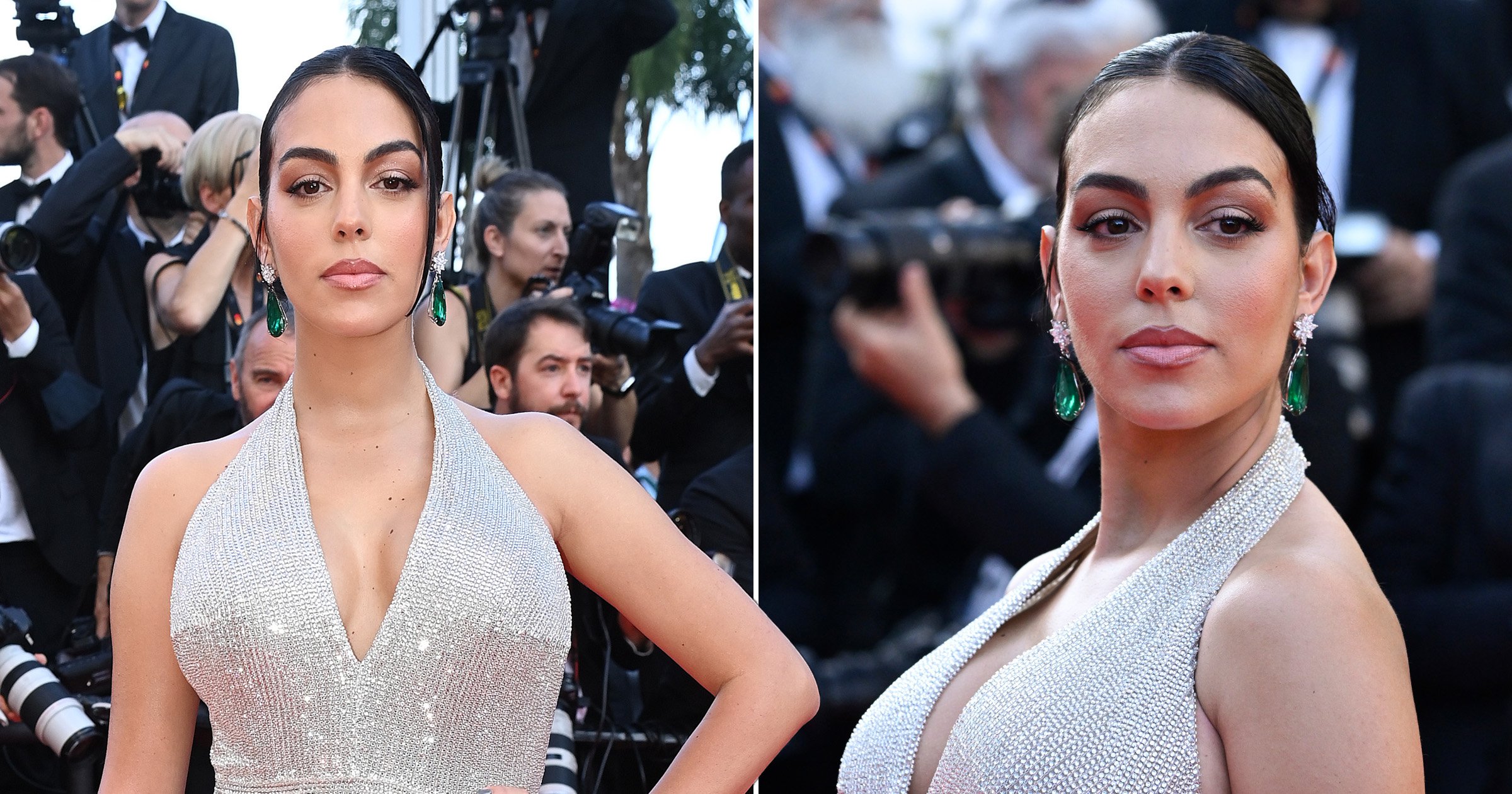 Georgina Rodriguez was spotted at the premiere of Elvis at Cannes Film Festival, in her first public appearance since the death of her newborn son.

The star, who also recently welcomed a baby daughter with her fiance, footballer Cristiano Ronaldo, smiled on the red carpet.

She looked gorgeous in a silver shimmery gown, completing the look with an emerald bracelet and earrings.

The social media influencer, 28, geared up for one of the first screenings of Elvis, starring Austin Butler and Tom Hanks, with the film receiving a 12-minute standing ovation at the festival.

The Manchester United star, 37, and his fiancee revealed in October they were expecting twins, with Georgina giving birth to a boy and a girl in April.

However their newborn son did not survive the delivery.

Cristiano and Georgina have been keeping fans updated on social media, including a poignant post where the sports star thanked his 436million followers for their ‘kind words and gestures’.

Georgina has also since revealed their baby girl’s name for the first time.

Taking to Instagram, the mum-of-four wrote simply: ‘Bella Esmeralda 💚,’ along with her date of birth: April 18, 2022.

One sweet snap shows baby Bella asleep with a smile on her face, wrapped up warm in white-and-pink clothes and covered in a blanket, while another shows her flat on her back, sleeping in a pink cardigan.

A final bittersweet photograph shows Bella in hospital shortly after her birth, wearing a pink knitted hat to keep warm, with Georgina’s hand laying protectively on her.

Last month, the couple revealed the devastating news that they had lost their son with a statement via social media.

They wrote: ‘It is with our deepest sadness we have to announce that our baby boy has passed away.

‘It is the greatest pain that any parent can feel.’

They continued: ‘Only the birth of our baby girl gives us the strength to live this moment with some hope and happiness.

‘We would like to thank the doctors and nurses for all their expert care and support. We are all devastated at this loss and we kindly ask for privacy at this very difficult time.’

Sands UK is a stillbirth and neonatal death charity, which works to reduce the number of babies dying and to ensure that those affected by the loss of a baby receives the best possible care for as long as they need it.

The charity aims to better understand the causes of baby deaths and works with governments and other organisations to raise awareness of issues surrounding baby loss.

Sands provides bereavement support at a local and national level.