Joe Wicks, 33, has been hosting his live P.E lessons for families all over the world, and now he has now revealed what his home actually looks like behind the camera. The presenter showed his workout studio to Channel 4 host Tim Lovejoy, 52.

I’ve got two kids and it’s always a mess.

It all came after Tim Lovejoy, host of Sunday Brunch, asked the fitness guru if his studio was what it really looked like on camera.

Tim said to Joe: “Show us the mayhem because it looks beautiful where you’re working out…

“Let’s see behind the scenes of it.”

Joe then told the presenter: “Yeah there was an article in a newspaper going ‘look how wonderful Joe’s house is, it’s all perfectly styled.'” 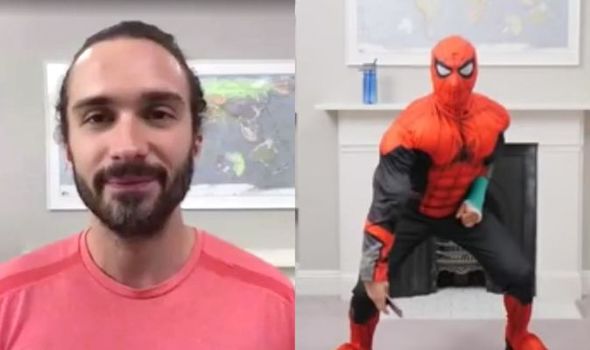 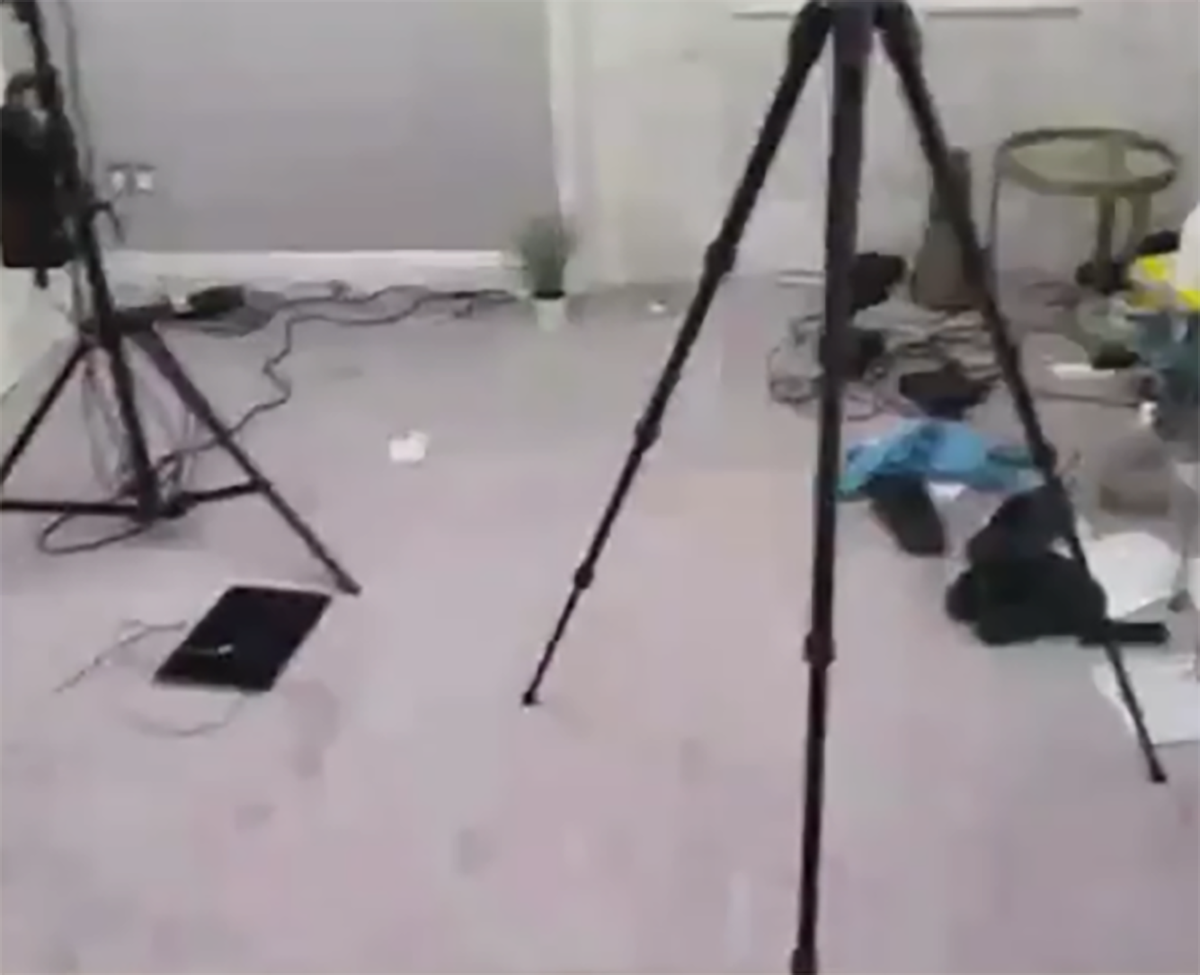 The father-of-two then set the record straight for his viewers as he said: “I’ve got two kids and it’s always a mess, but this room has become my studio.”

Joe then quickly took hold of his camera and said: “Look let me quickly show you what’s going on.”

While showing Tim and his viewers the studio he had been using for his online P.E lessons, he added: “This is what it looks like behind the scenes.

“This is behind the camera alright,” he said. 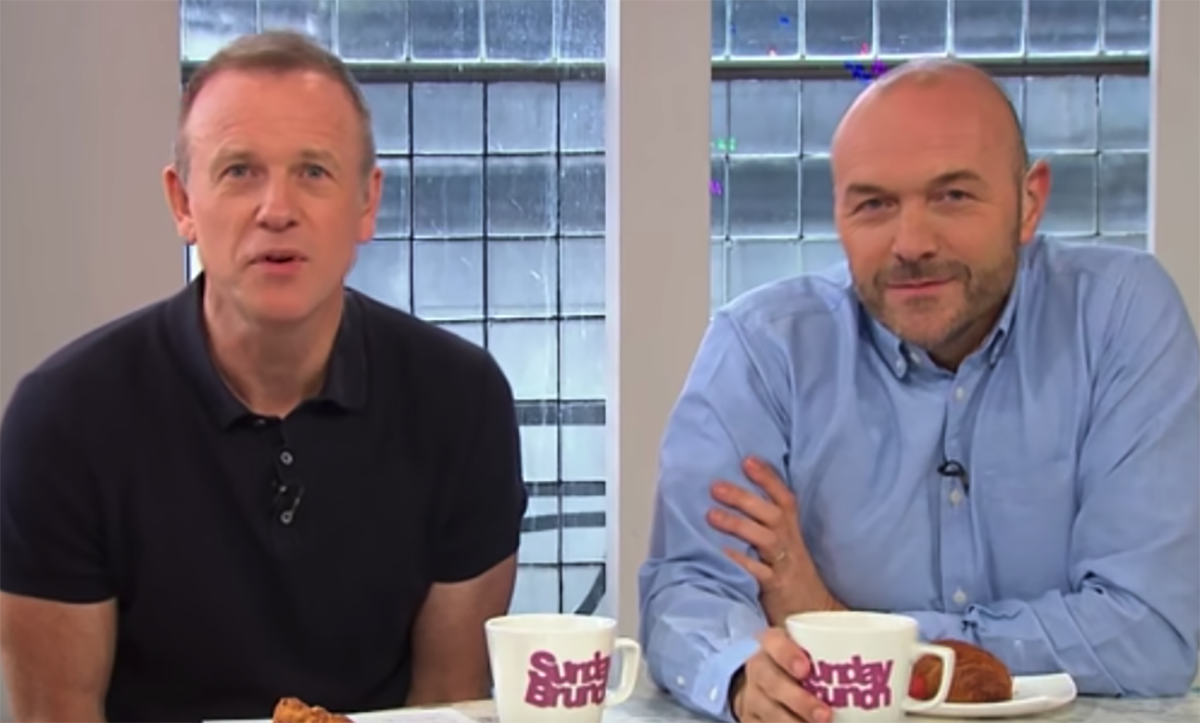 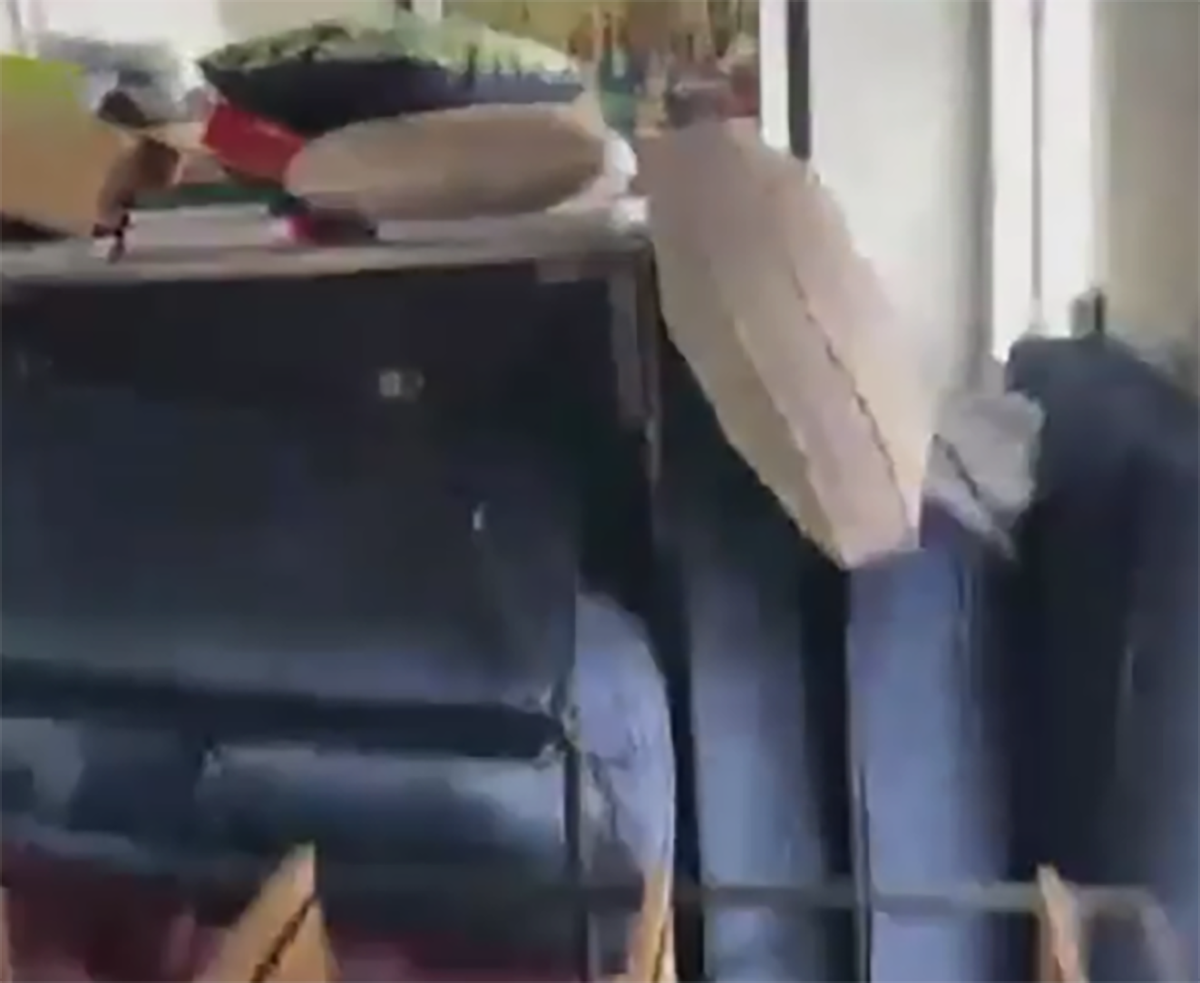 Afterwards, Joe took the opportunity to show Tim what his corridor currently looks like, including some shelves and a sofa stacked up on top of each other.

The fitness instructor continued to tell Tim that he “can’t get out of his house”.

He said: “When I go out into my corridor, this is where you will realise I can’t get out of my house.

“I’m completely locked in. I’ve got shelves, I’ve got a sofa. So I’m physically blocked into my house,” Joe continued.

Joe, who has been hosting live P.E lessons on weekday mornings for school children to do at home, also revealed that he wants to deliver sessions that are “stress-free”.

The author added: “That’s the commitment I’ve had to make sure that these workouts go ahead.

“And I can deliver a session that’s nice and calm and stress-free.”

Soon after the TV star finished the tour of his house, Tim concluded by saying: “Joe, you’re a top man keep up the good work.”

Last week, the presenter apologised for “interrupting” one of his P.E lessons after his camera battery cut out, which left the video to go to a black screen.

Once Joe had replaced his batteries, he returned and apologised for the disruption.

The Body Coach explained to his viewers: “The battery cut out, I’ve had to quickly change the batteries, I’m sorry.

“So sorry for interrupting guys! That’s live TV for you.”