Kristen Stewart’s Quote About Coming Out Is So Heartfelt

I’m not usually a fan of sweeping generalizations, but I really think every single person will be better off having read Kristen Stewart’s quote about coming out from her Oct. 7 interview with InStyle. The topic of coming out came up when Stewart and the director of her new film Happiest Season, Clea Duvall, were discussing the movie. Per InStyle, Happiest Season is "about a woman named Harper, played by Mackenzie Davis, who has yet to come out to her family but brings her girlfriend, Abby, played by Stewart, home for Christmas."

Part of what drew Stewart to the role is her own experience. "The first time I ever dated a girl, I was immediately being asked if I was a lesbian. And it’s like, ‘God, I’m 21 years old.’ I felt like maybe there were things that have hurt people I’ve been with. Not because I felt ashamed of being openly gay but because I didn’t like giving myself to the public, in a way. It felt like such thievery," she shared with Duvall, who was conducting the interview. "This was a period of time when I was sort of cagey. Even in my previous relationships, which were straight, we did everything we could to not be photographed doing things — things that would become not ours." 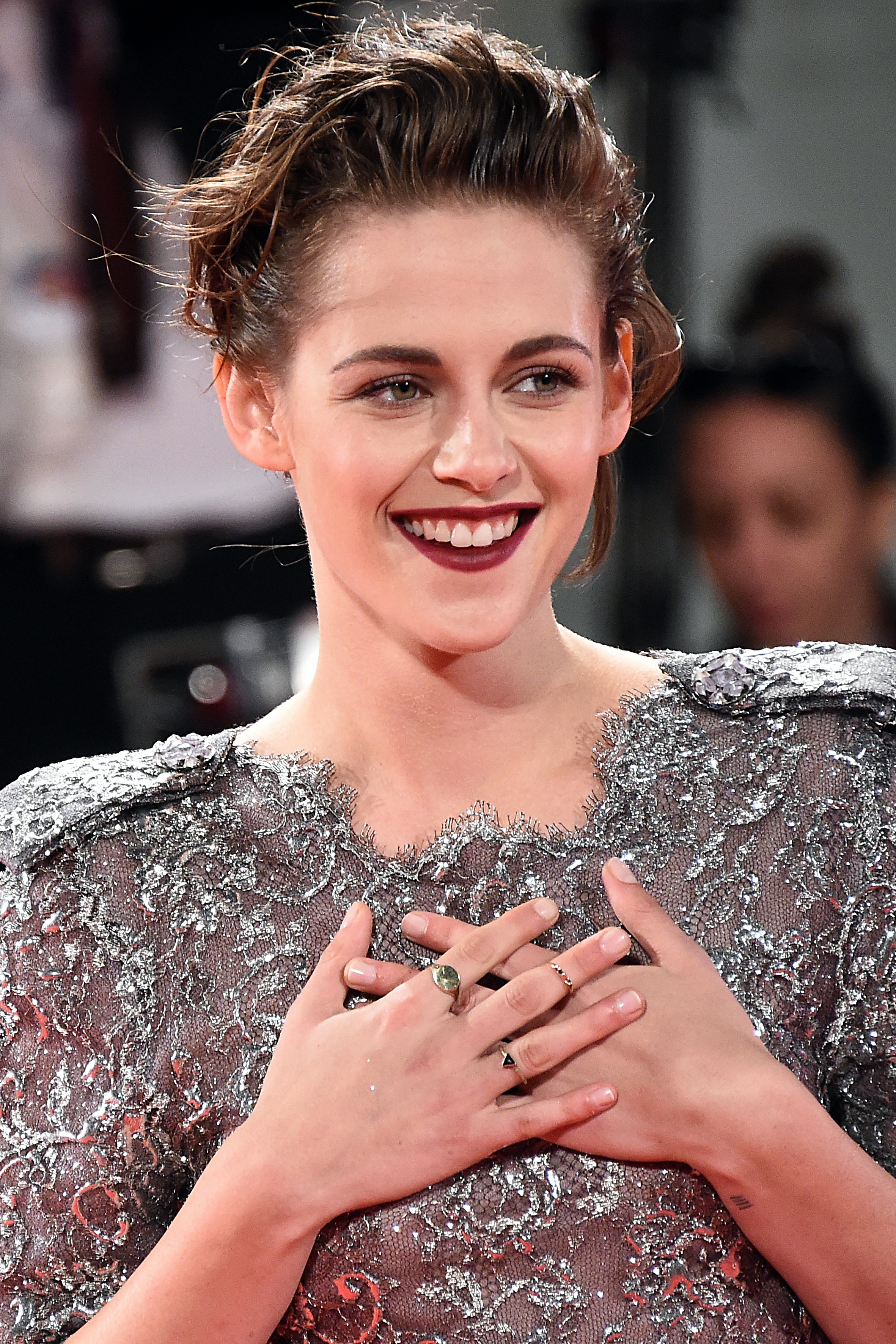 She continued, "So I think the added pressure of representing a group of people, of representing queerness, wasn’t something I understood then. Only now can I see it. Retrospectively, I can tell you I have experience with this story. But back then I would have been like, ‘No, I’m fine. My parents are fine with it. Everything’s fine.’ That’s bullsh*t. It’s been hard. It’s been weird. It’s that way for everyone."

As one might imagine, being an LGBTQ+ person in the public eye came with certain pressures to speak for the entire community, but Stewart is no longer letting them weigh her down. "I did more when I was younger, when I was being hounded about labeling myself," she explained when asked if she feels pressure to be a spokesperson for the LGBTQ+ community. "I had no reticence about displaying who I was. I was going out every day knowing I’d be photographed while I was being affectionate with my girlfriend, but I didn’t want to talk about it. I did feel an enormous pressure, but it wasn’t put on me by the [LGBTQ+] community. People were seeing those pictures and reading these articles and going, ‘Oh, well, I need to be shown.’ I was a kid, and I felt personally affronted. Now I relish it. I love the idea that anything I do with ease rubs off on somebody who is struggling. That sh*t’s dope! When I see a little kid clearly feeling themselves in a way that they wouldn’t have when I grew up, it makes me skip."

Here’s to hoping more and more kids are able to "feel themselves" as time goes on.