Ahead of the Tuesday, March 31, episode of the Bravo series airing on the West Coast, Kent, 30, tried to make amends with Leviss, 25, once and for all.

“Raquel, I’m sorry I’ve been an asshole,” the Utah native wrote via Instagram on Tuesday.

“If we can’t all agree Lala’s a bully, we can all agree she’s a bitch,” she continued, quoting Leviss from the show. 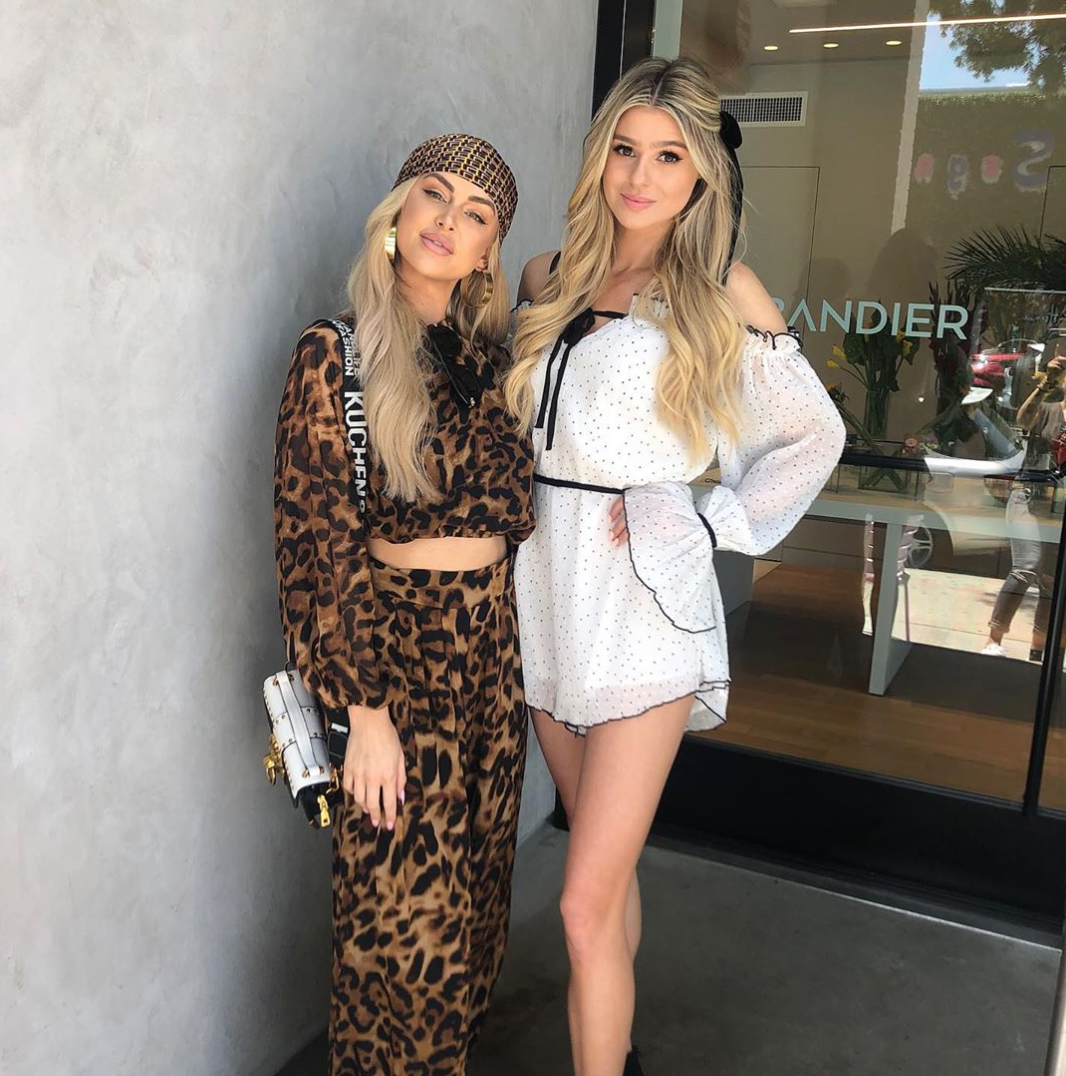 The reality TV star added: “This had me rolling. Nice work on that bite ? it’s onward and upward from here, I promise.”

During the Tuesday episode, Kent and Leviss once again duked it out, this time while attending a girls’ night at Katie Maloney’s place.

“We’re gonna have a real talk right now,” Kent told the California native at the wine night. “Raquel, I want to make this very, very clear. When I pulled you aside at Sandoval’s birthday, I was genuinely concerned.”

The Give The Lala CEO went on to explain that Leviss “turned into such an ugly thing” after Kent brought up her boyfriend, James Kennedy, and the fact that she heard he was at a party. Before Leviss could defend her actions, Kent added, “I’m speaking, let me finish.”

“I think you’ve forgotten your place, but I’m gonna remind you,” she continued.

The two continued to bicker and Kent called Leviss a chihuahua when she’s at her “most vicious,” as opposed to herself, which she dubbed a “pit bull, bitch.”

During her confessional, the former pageant queen said, “I think Lala sees me as more vulnerable and she prays on that. It’s a very bully thing to do.”

The social media apology comes days after Kent took ownership for her past actions toward Leviss dating back to season 7.

During the March 24 episode of the reality series, the twosome’s history and argument from season 7 resurfaced.

At the time, Kent was mourning the loss of her father, so when Leviss made a comment about how she was handling the death, Kent lost it and called her stupid as well as a “bambi-eyed bitch.”

After the confrontation was brought up again, Kent finally addressed her actions on the season 8 BravoTV.com’s official aftershow.

“I felt really badly about me attacking her last year,” she said in the aftershow clip, posted on March 29. “It wasn’t about Raquel, it was about … I felt like anybody who was mentioning the passing of my dad in any sort of negative way, was a trigger.”

Her apology, however, didn’t excuse her for the way she handled it, just that she wasn’t proud of attacking the SUR worker.

“But still to this day, when I look back at it, I don’t regret handling myself that way,” she explained. “You f—ked up. But I also was looking at the person who said it and I’m like, ‘She doesn’t even realize that that was messed up.’”

Vanderpump Rules airs on Bravo on Tuesdays at 9 p.m. ET.