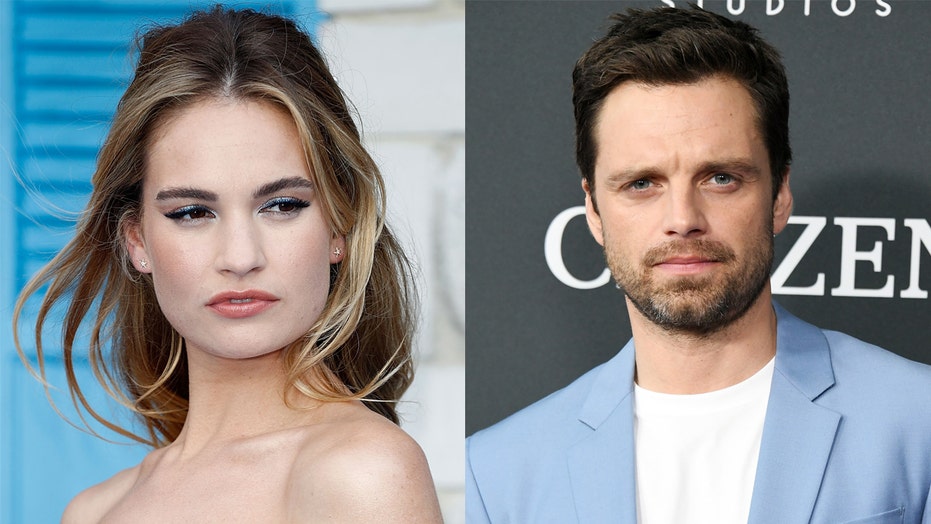 Lily James and Sebastian Stan have transformed for their latest roles as Pamela Anderson and Tommy Lee.

The two actors will star in Hulu’s “Pam & Tommy,” which will follow the romance between the “Baywatch” star and musician, including their marriage after only 96 hours of knowing one another.

On Friday, the show released some first-look images of the two in character.

In the first photo, Lily, 32, looks like the spitting image of Anderson as she poses in a revealing black leather crop top with a tie in front.

Her eyes are also covered in dark makeup while her light blonde hair hangs in curls over her shoulders, in typical Anderson fashion.

In a second photo, Lily’s Anderson leans over and playfully bites a nipple ring on Stan’s Lee. Stan also wears eye makeup, a goatee and plenty of fake tattoos to get into character as the Mötley Crüe drummer.

“Here’s a peek at Pam & Tommy, coming to @Hulu,” said the post. “Based on the true scandal that started it all, featuring Lily James, Sebastian Stan and @SethRogen… ready to rewind?”

A similar image of the real-life characters exists featuring the actress biting Lee’s nipple ring during a Comedy Central roast.

Seth Rogen also shared a photo of himself in costume. On IMDb, he’s credited with playing a character named Rand, who sports long, baggy denim shorts, long socks, a vertically-stripped multi-colored shirt and a curly mullet.

“My co-stars, Sebastian and Lily, are a lot cooler than I am,” he joked on Twitter. 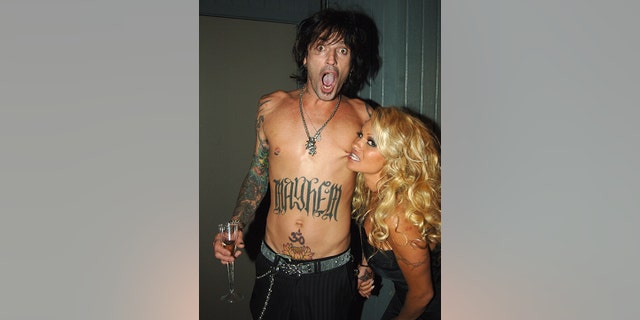 Tommy Lee and Pamela Anderson were married from 1995 to 1998. (Photo by Jeff Kravitz/FilmMagic, Inc)

Stan also shared an image of himself in character on Instagram. He was shirtless again, this time leaning against a car while making a grizzled face.

Similarly, James posted a photo of herself in character, adding a quote from Anderson: “It’s great to be blonde. With low expectations it’s very easy to surprise people.”

Fans were floored with the transformations shared on Twitter.

“Wow!” said another. “Lily James looks just like her.”

Added a third: “They look amazing!!” 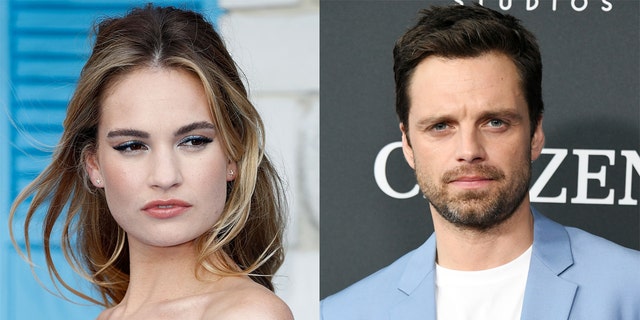 Anderson, now 53, and Lee, now 58, married in 1995 after only knowing one another for 96 hours. Lee served multiple months in jail for spousal abuse after pleading no contest, and the two divorced in 1998.

No release date has been announced for “Pam & Tommy.” The show will also star Nick Offerman, Taylor Schilling and Andrew Dice Clay.