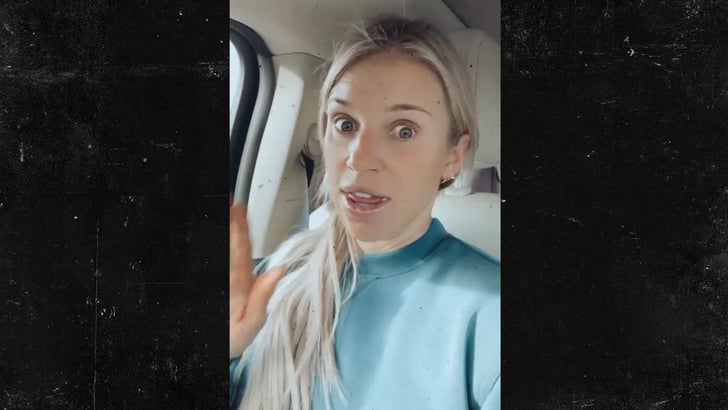 “I’m so over it. I’m so over living in a dictatorship we call Michigan.”

That’s Kelly Stafford — wife of Detroit Lions QB Matt Stafford — railing against the COVID-19 restrictions in the state of Michigan … claiming another shutdown will make things worse for everybody.

“I understand there’s a pandemic, and I understand it’s very scary. I’m scared of it too. If you are at risk, do not leave your house until there’s a vaccine,” Stafford said Thursday.

“But shutting down all these small businesses, things that people have worked their life for, shutting them down again is not the answer. Because they will not make it.”

Stafford continued, “So once we are able to leave our house, once this dictatorship decides to let us have some freedom, there will be nothing left. I’m just over it. I see all these people and it brings me to tears.”

Stafford is referring to new restrictions that Michigan governor Gretchen Whitmer announced on Sunday … detailing a new round of closures and other measures to reduce the spread of the virus.

Stafford immediately received backlash for referring to Michigan as a dictatorship … and issued an apology a short time later, saying, “Should never have used the word ‘dictatorship.’ I got caught up in the heat of the moment, that is my fault.”

“I care about the people who are losing their lives or battling this … and also the medical staff who care for them. And it is hard knowing these local business owners and watching them struggle and having to lay off their employees, not knowing how they are gonna make it.”

Stafford says she loves Michigan and didn’t mean to let her emotions get the best of her.

The Staffords have had a tough time during the pandemic — Kelly recently revealed their youngest daughter was hospitalized for a concussion after falling out of her high chair.

Kelly partly blames the incident on Matt being isolated due to a possible COVID exposure — and because of the pandemic, she was unable to get additional help to care for their 4 young children.