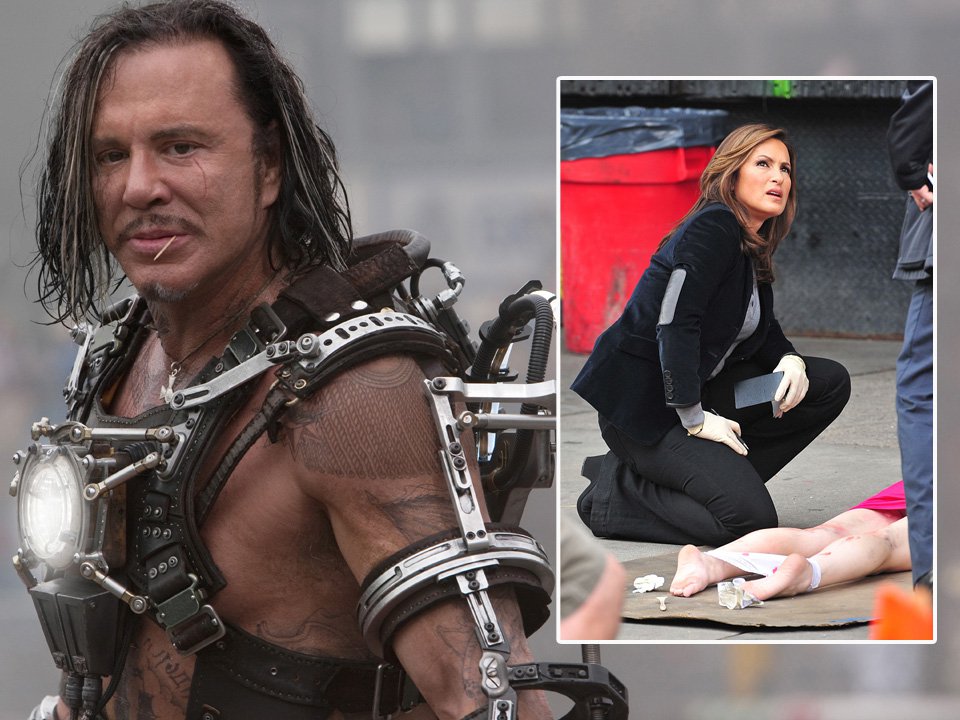 Mickey Rourke has criticised the ‘crap’ acting in Marvel films in an Instagram post, while heaping praise on the cast of Law & Order: Special Victims Unit.

It appears the actor, just like many of us, found he had extra time on his hands during the lockdown periods of the past year and subsequently discovered a new (well, to him) TV show.

The 68-year-old wrote: ‘I heard this show is been on for 20 yrs, I never knew anything about it before until the lockdown since I have all my gym equipment in my living room, 6 months ago while I’ve been doing all my training at home isolating I click on this show just by accident and curiosity and have to say I’ve never seen such terrific acting ever on television!’

The long-running crime drama has been on air since 1999, clocking up 22 seasons so far. After its 21st season premiered in late 2019, it became the longest-running primetime US live-action series in history.

Still, it was a novelty to Mickey, who praised its ‘exceptional group of actors’ and described the show as ‘fabulous’.

He commented: ‘Each show that i seen and I probably seen a 1000 of them by now the producing is terrific,the direction is top class and most of all i am really impressed with this ensembles of highly talented actors.’

He singled out Mariska Hargitay, Christopher Meloni, Stephanie March, BD Wong and Ice T for their own individual praise.

For his review of Mariska’s performance, he wrote: ‘There’s very few,if any actresses in films these days that can hold her jock strap. I give her tremendous respect for her amazing ability.’

Mariska has been nominated for eight consecutive Emmys for her acting on Law & Order: Special Victims Unit, winning in 2006.

Mickey then went a step further, with the MCU firmly in his firing line, saying: ‘Respect to all of you, the work that you all do is real acting, not like that crap that all on Marvel shit.’

Well. He has spoken.

Mickey appeared as villain Vanko/Whiplash in 2010’s Iron Man 2, and has previously voiced his dislike of the Marvel franchise, as well as how his performance was treated in the final cut of the movie.

The Sin City actor told Late Night with Seth Meyers in 2014: ‘I’m not a Marvel fan. I’m a Robert Rodriguez and Frank Miller fan. Once I did a film for Marvel and they cut the whole f***ing thing out.’

Got a story? If you’ve got a celebrity story, video or pictures get in touch with the Metro.co.uk entertainment team by emailing us [email protected], calling 020 3615 2145 or by visiting our Submit Stuff page – we’d love to hear from you.