OK, try to remain calm here but Prince William and Kate Middleton’s body language in Ireland is out-of-control romantic. To be clear, I mean it’s romantic by their very PG standards. In other words, this is a big deal simply because their bodies actually touched. He put his arm around her shoulders and she put hers around her waist all at the same time. All par for the course things for non-royal couples but groundbreaking levels of PDA for a couple of their royal pedigree.

I mean, remember what a big deal it was when Harry and Meghan were just holding hands in public? If you don’t, let me give you a little refresher. While there isn’t any sort of rule against PDA amongst the British royals, Queen Elizabeth and Prince Philip have reportedly set a precedent that the majority of their children and grandchildren have chosen to follow. "The Queen rarely holds hands with her husband in public and this seems to have set an unwritten precedent for the other royals," body language expert Robin Kermode explained to the Daily Mail in 2017. While Harry and Meghan chose to stray from the precedent, William and Kate have notoriously followed suit by keeping a respectable physical distance from each other most of the time.

I mean, even on their wedding day the two barely touched save for this extremely tame-looking kiss: 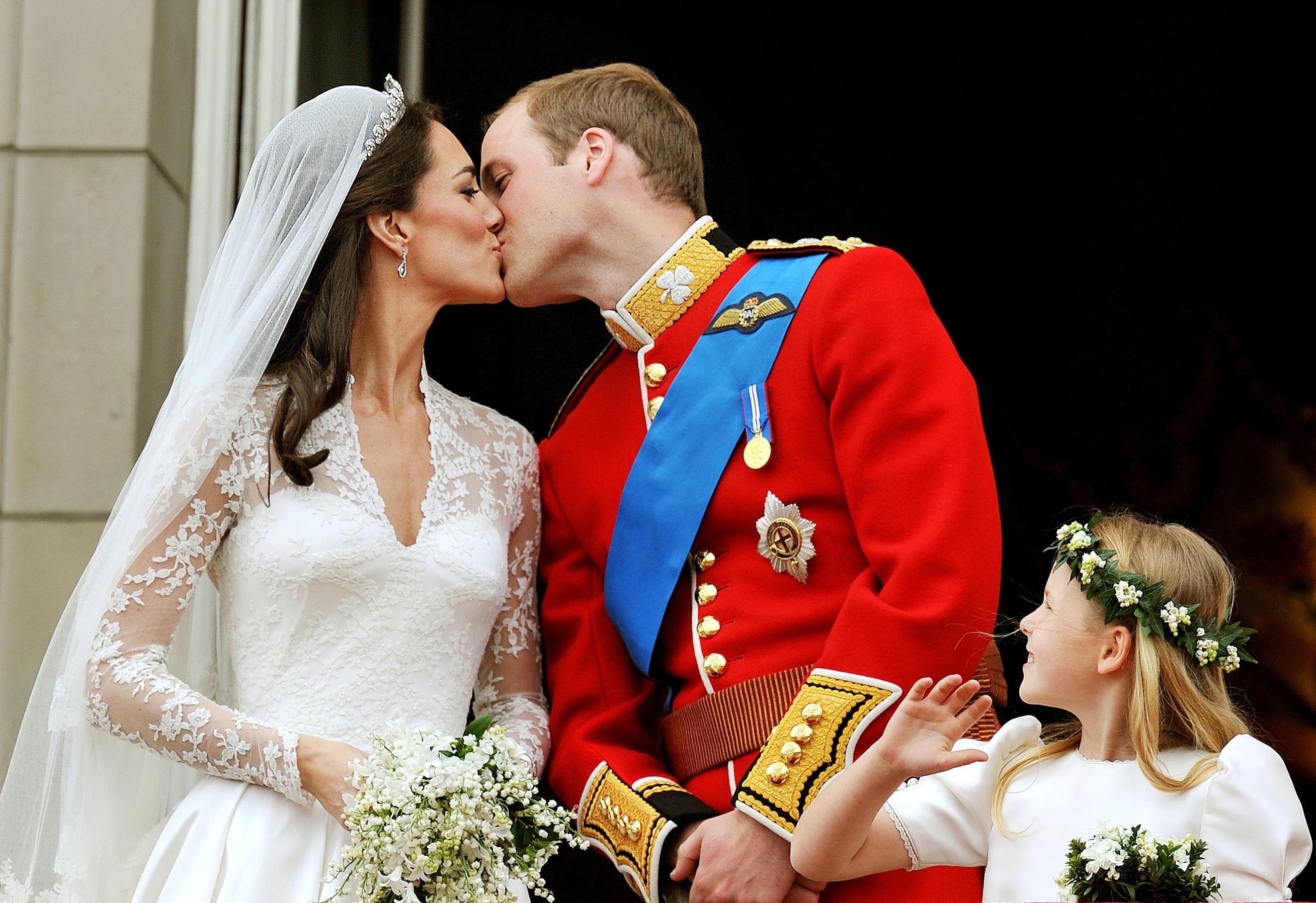 That all being said, the two decided to let a little loose and feel the love as they took a romantic cliff-top stroll on March 4 during a visit to Ireland. Check out the pictures for yourself here along with commentary from Traci Brown, body language expert and author of Persuasion Point: Body Language and Speech for Influence.

Even when they’re not touching, they’re totally in sync. 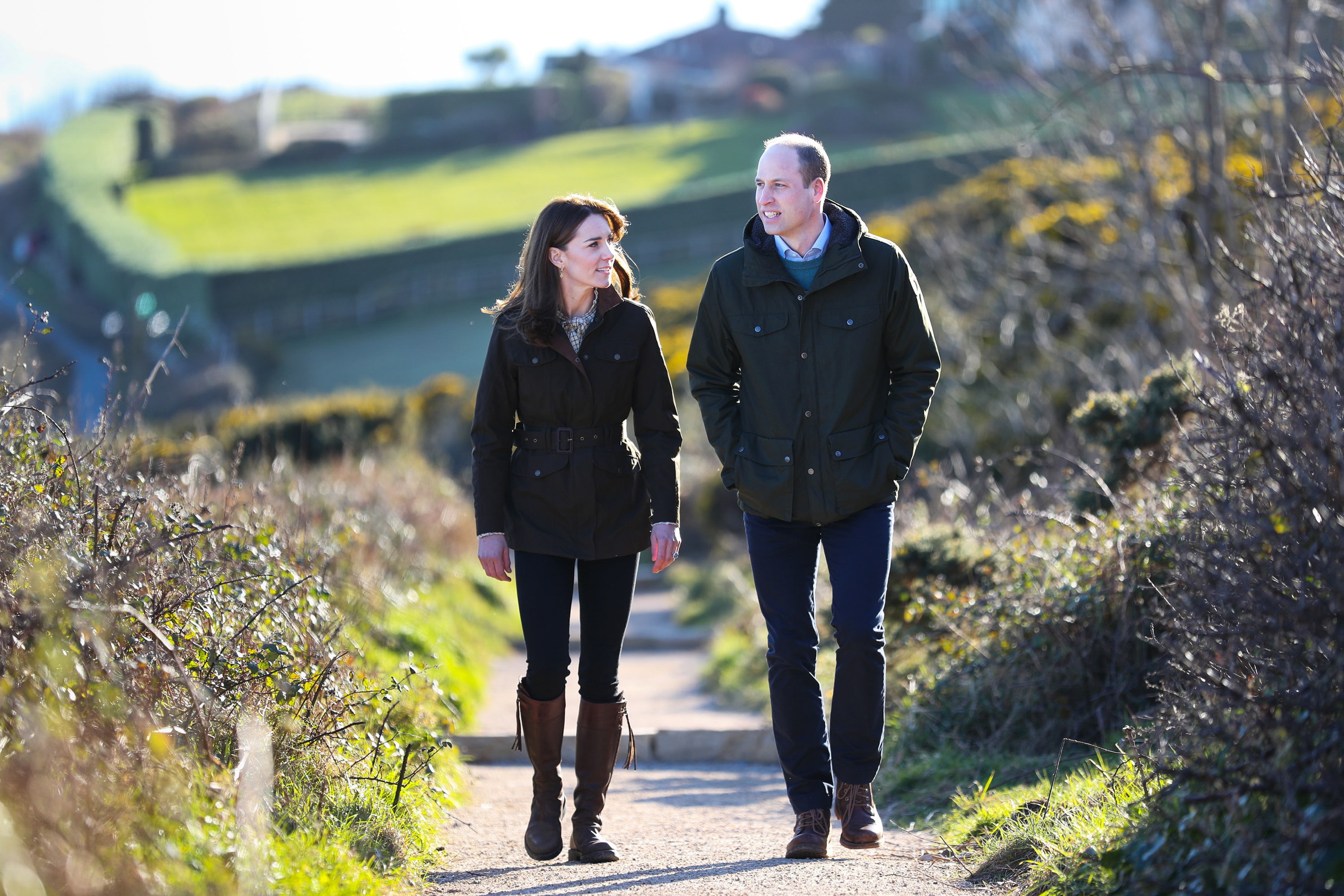 See how it seems like each of them is putting their left foot forward? That’s a pretty fantastic sign.

"Great couples match each other’s movements and walk in step," says Brown. "And that’s what we’re seeing from them. It’s deeply unconscious and a good indicator of a relationship."

They’re holding on to each other tight. 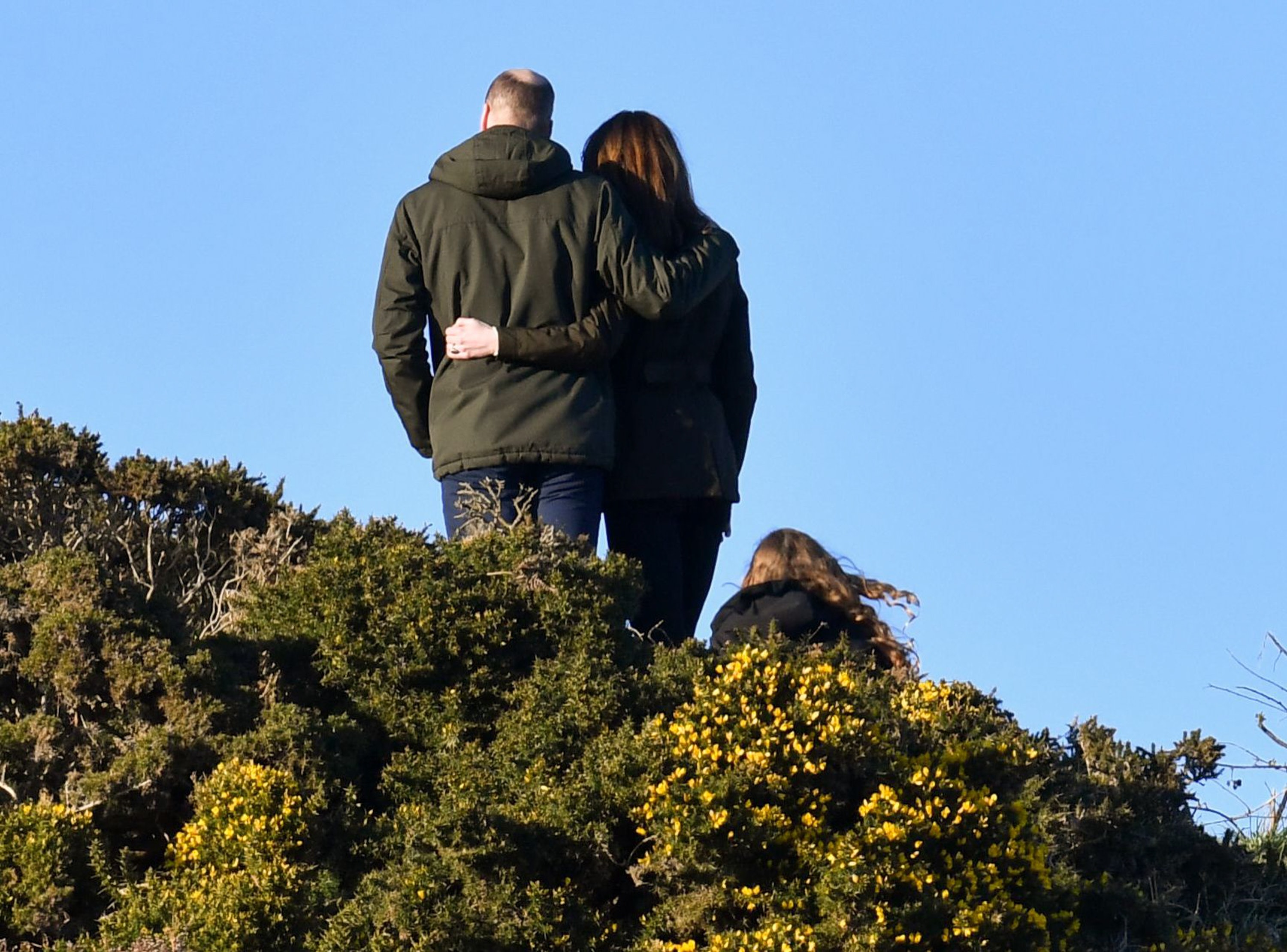 "This one is so cute," says Brown of the adorable and totally unprecedented cuddling picture. "There’s no space between them and she’s hanging on to him pretty tightly… and I don’t think it’s because she’s worried about falling off the cliff!"

These two just can’t keep their arms off each other! 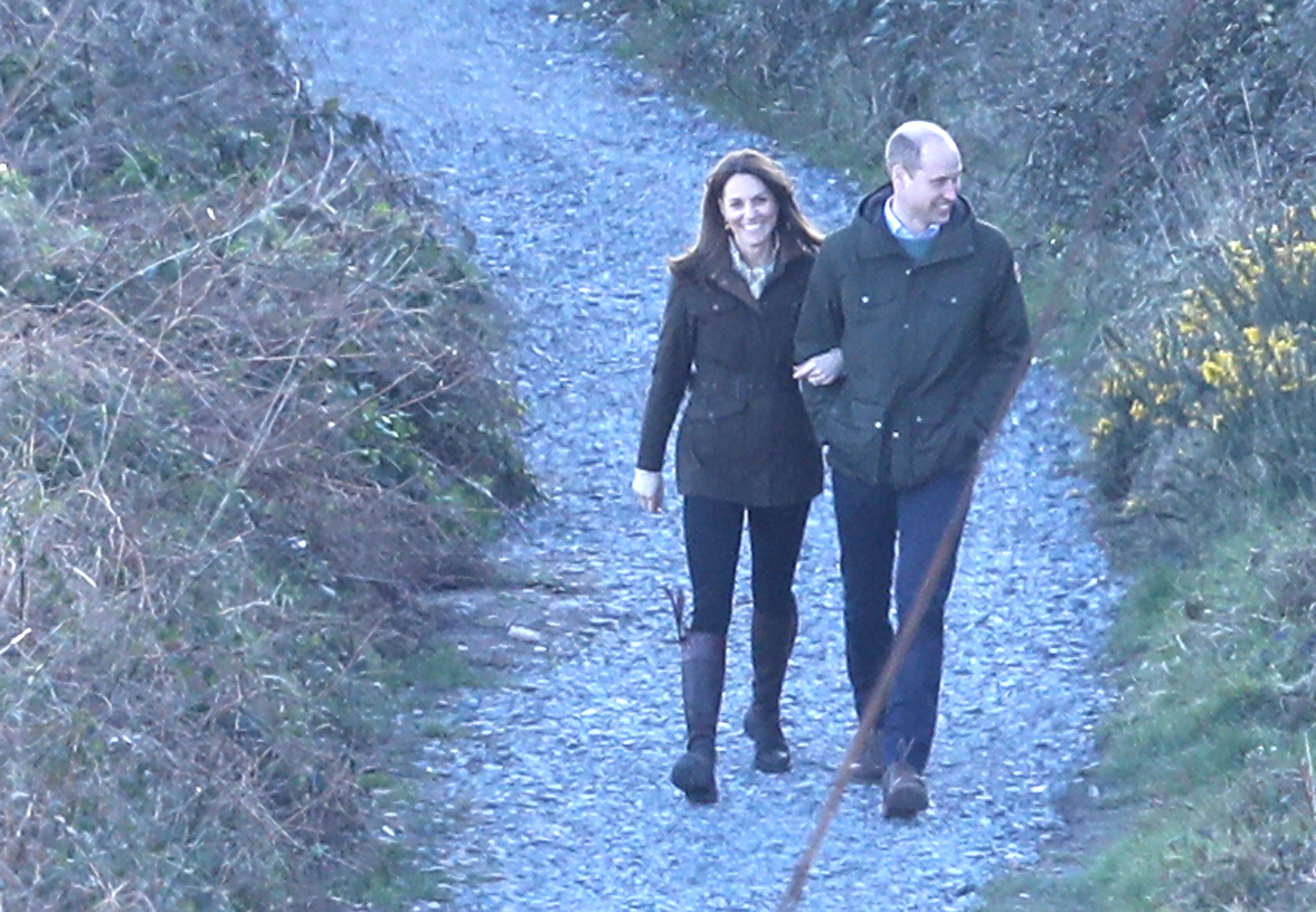 Just when you thought things couldn’t get any better, now the royal couple is in step and arm-in-arm. "Here they are in step again and arm in arm," says Brown. "She’s focused on the camera, [while] he’s looking around but they’re still good."

They took a break from their canoodling for some flirty banter. Don’t you want to love someone who makes you smile that wide? "There’s nothing wrong with a smile as big as hers," says Brown. "We don’t see her eyes smiling to match quite as much. so I’m guessing she’s kidding him about something."

If their body language alone wasn’t convincing you that the two were feeling extra romantic during this trip, allow me to point your direction toward their words.

Angela Moran, a woman from Westport, County Mayo, told Town & Country she spoke to William while holding a banner commemorating his 2011 wedding with Kate. “He asked about the flag,” she told Town & Country of the encounter. “I said to him that I really admired him and Catherine and he said thank you very much. I said I love her and he said ‘I do too, nice of you to say so.’”