Queen Elizabeth advised to cut back on cocktails to stay healthy, source claims: ‘It seems a trifle unfair’

Queen Elizabeth II has reportedly been advised by doctors to cut back on her favorite cocktail.

“The queen has been told to give up her evening drink which is usually a martini,” a family friend of the 95-year-old monarch told Vanity Fair on Friday.

“It’s not really a big deal for her, she is not a big drinker,” the palace insider explained. “But it seems a trifle unfair that at this stage in her life she’s having to give up one of very few pleasures.”

Sources close to Elizabeth told the outlet that doctors recommended the queen to forgo alcohol except for special occasions to ensure she is as fit as possible for her busy fall schedule, as well as her Platinum Jubilee celebrations next June. 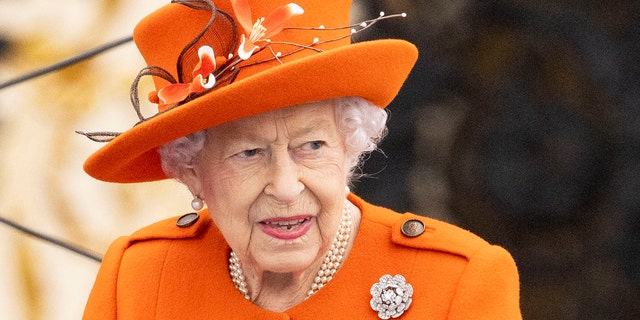 According to multiple reports, the British royal is said to enjoy a bone-dry gin martini, which also happens to be Prince Charles’s favorite. Buckingham Palace even has its own brand.

In addition, it’s reported the queen also favors a tipple of Dubonnet and gin with a slice of lemon and lots of ice, as well as a champagne nightcap before bed.

As for wine, she told the head of the National Institute of Agricultural Botany in 2019 that she has “vines in Windsor.”

“I don’t actually drink wine myself but I hear it’s very good,” the queen added. 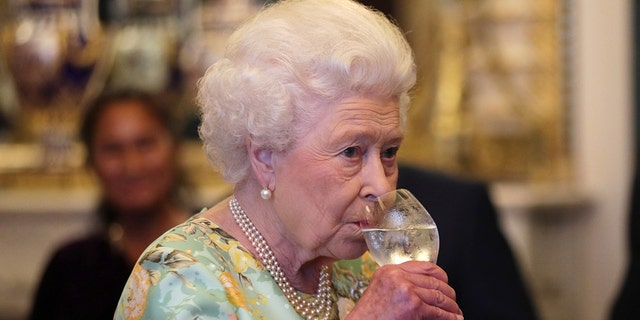 However, it was previously reported that Elizabeth occasionally enjoys sipping on a sweet German wine during dinner.

On Tuesday, Elizabeth was seen using a cane at a Westminster Abbey service marking the centenary of the Royal British Legion, an armed forces charity. She was previously photographed using a cane in 2003, although that was after she underwent knee surgery.

Elizabeth’s daughter, Princess Anne, handed her the mobility device after they both stepped out of a limousine for the service in central London. The queen smiled and appeared to move freely as she walked to her seat in the church. 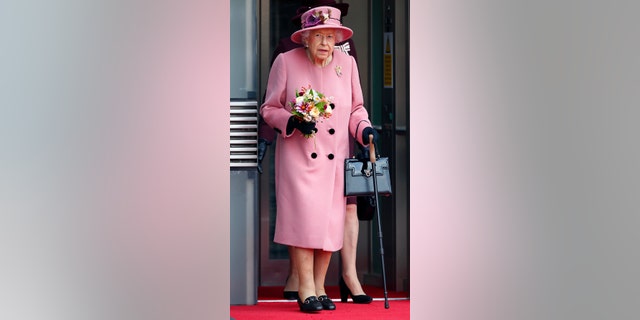 Queen Elizabeth II seen using a walking stick as she steps out of an elevator after attending the opening ceremony of the sixth session of the Senedd at The Senedd on October 14, 2021 in Cardiff, Wales.
(Photo by Max Mumby/Indigo/Getty Images)

The queen and Anne, 71, joined a congregation that included serving military personnel, veterans and their families from the U.K. and Commonwealth countries.

The service highlighted the work of the Royal British Legion, which was founded in 1921 to care for service members and their families after World War I.