Prince Harry and Meghan Markle welcomed their daughter, Lilibet Diana, on June 4, according to the Archewell website. In the days following her birth, several news outlets began speculating about her christening, and whether or not the Duke and Duchess of Sussex would travel back to London to have Lili baptized at Windsor Castle, like her older brother, Archie. In fact, a source even told the Daily Mail that Harry was hoping to christen Lili in the UK. “Harry told several people that they want to have Lili christened at Windsor, just like her brother,” a royal source told the outlet, adding that the couple is “happy to wait until circumstances allow.”

As we get deeper into August, many royal watchers may find themselves wondering if Harry and Meghan have made any decisions when it comes to their daughter’s christening. Lili is almost the same age that Archie was when he was christened, so one could assume that plans are already be under way. And while there have been some rumors that Harry and Meghan will travel to the UK in September where they will christen their baby girl, there’s at least one expert who thinks that Lili will be christened in her home state of California. Keep reading to find out why that might be the case. 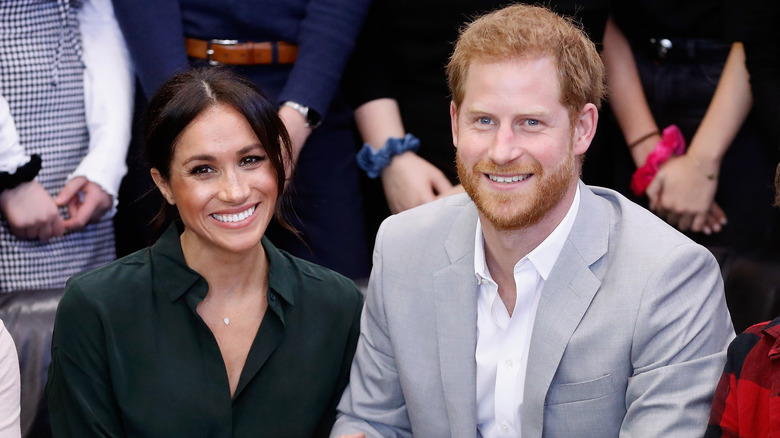 Royal expert Richard Fitzwilliams told Express that Prince Harry and Meghan Markle are most likely going to have Lilibet Diana christened in California, mainly because they want to do things privately, and may not want to follow some of the traditions that the royal family has in place — they also don’t want to deal with the press. “Harry and Meghan’s relations with the British press went badly downhill when Archie was christened in private and the names of the godparents were not released,” Fitzwilliams told the outlet. “The Sussexes were emphatic that they intended to do things their own way and so it has proved,” he said, suggesting that Harry and Meghan are determined to keep their children out of the public eye for as long as possible.

“It seems certain that her christening will be in Meghan’s home state and with the secrecy but without the controversy that surrounded Archie’s christening,” Fitzwilliams told Express. His comments follow an earlier report from Express that suggests that Lili’s christening at Windsor was “in doubt.” The reasoning? Royal expert Angela Levin explained that Harry’s decision to write a tell-all memoir in which he will reveal who-knows-what about the royal family and then wanting to christen his daughter at Windsor was a bit of a conflict. He “cannot have his cake and eat it too,” Levin said.