Star Wars fans may think they know everything that happened during the original trilogy, but it turns out we missed out some major developments. Since the release of The Rise of Skywalker, Marvel Comics has launched three new Star Wars comic-book series. The Rise of Kylo Ren follows Ben Solo’s descent to becoming Kylo Ren, while the two other series are set after the events of The Empire Strikes Back.

Darth Vader has already dropped a Padmé Amidala bombshell and now Star Wars, written by Charles Soule, has delivered a major twist of its own.

The second issue ended with the cliffhanger that Luke Skywalker’s first lightsaber—which he lost, along with his right hand—was actually caught by a mysterious, robed figure in Cloud City. As a result, he agreed to take Lando back to Cloud City after Lando promised that he knew where his lightsaber ended up.

So the third issue picks up with Luke, Leia and Lando on their way to Cloud City, with Lando revealing that Luke’s lightsaber fell down the wind tunnel that “stabilizes the city” and likely into an “automatic collection system”. 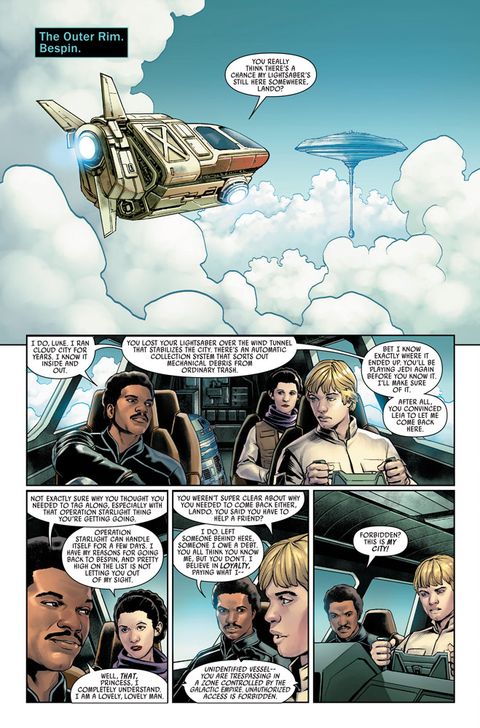 The trio encounter some resistance when they arrive, with their ship blown up after they land. But having defeated the Stormtroopers that greeted them, they all set off on their own missions. Lando heads to help his friend Lobot, but not before telling Luke that his lightsaber probably ended up in Smelting Core D-52, so that’s where Luke heads.

Leia has her own reason for going to Cloud City though, as she wants to find out how to start the “decarbonization sequence” to rescue Han Solo. But she’s soon interrupted by Stormtroopers who capture her. 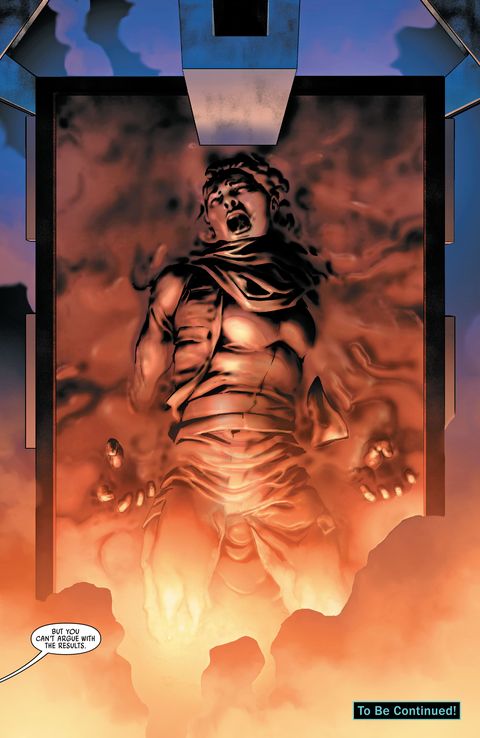 The Stormtroopers are told that all prisoners “must be transported to the closest imperial security bureau outpost for interrogation” and, luckily for the Empire, they have a fancy new way of doing it—carbon-freezing.

That’s right: between The Empire Strikes Back and Return of the Jedi, Leia was frozen in carbonite too.

Now, of course, we know that Leia doesn’t stay in carbonite, because by the time we see her again in Return of the Jedi, she’s disguising herself as a bounty hunter to rescue Han Solo from Jabba the Hutt. So, in the remaining three issues of this current Star Wars comic book run, Leia will likely escape from the Stormtroopers and reunite with Luke and co. Unless that happens to form another series set before Return of the Jedi.

But at least it does reveal how Leia knows to decarbonize Han at the start of Return of the Jedi – just in case you were wondering where she got that knowledge from.