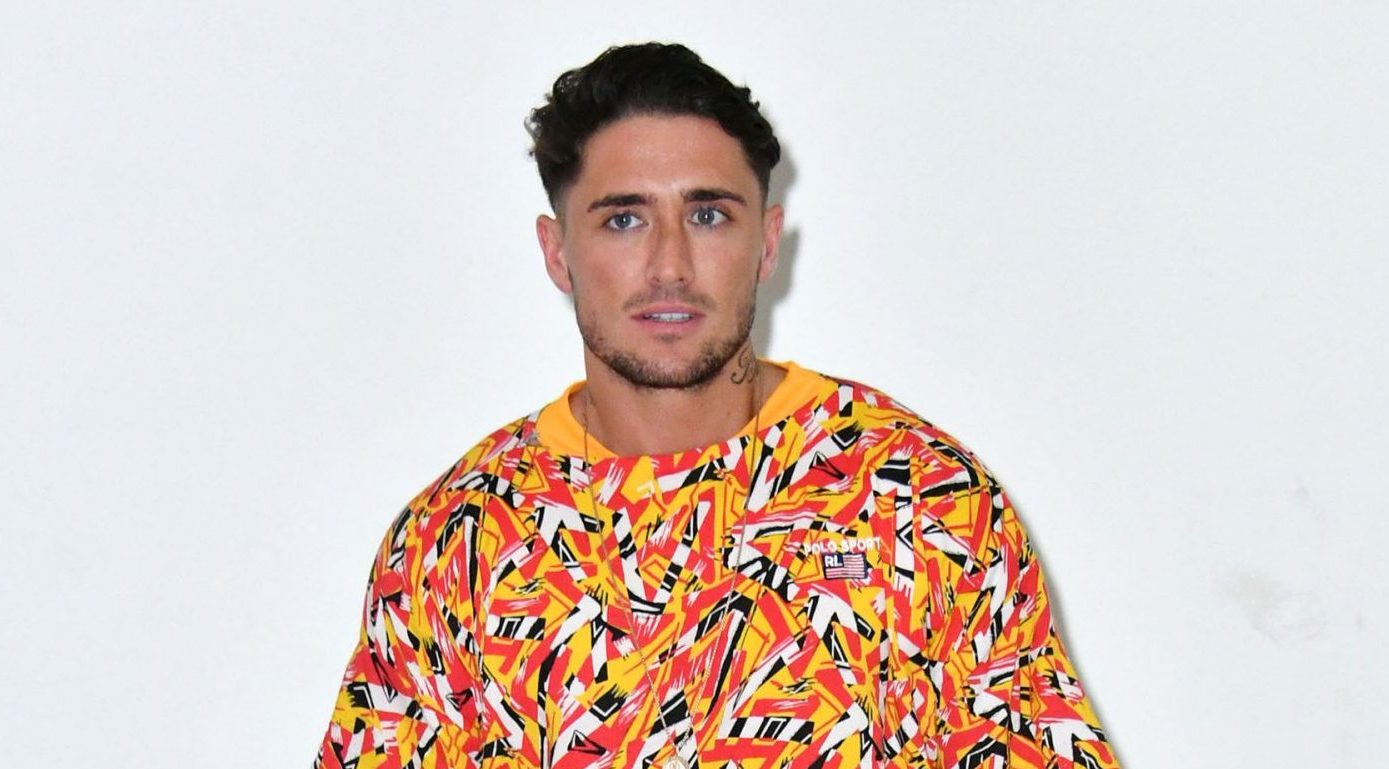 In January Bear, 31, was arrested at Heathrow Airport on his return from Dubai, on suspicion of disclosing private sexual images or film without consent with intent to cause distress, voyeurism, harassment and obstructing a police officer.

Today he was charged with voyeurism, disclosing private, sexual photographs and films with intent to cause distress, and harassment without violence.

He will appear in court on July 2.

A statement from Essex Police on Friday read: ‘A man has been charged in connection with an investigation into the disclosure of intimate photographs without consent.

‘Stephen Bear, 31, of Bryony Close, Loughton was arrested in January.

‘He has now been charged with voyeurism, disclosing private, sexual photographs and films with intent to cause distress, and harassment without violence.

‘He is due to appear at Colchester Magistrates’ Court on 2 July.’

Following the allegations and arrest, Bear uploaded a vlog to YouTube, calling it episode one of ‘Life of Bear’, and discussed the claims after it was alleged he shared footage on WhatsApp.

At the time he claimed he’d been charged with four offences, however Essex Police later confirmed he had not been charged.

Bear said at the time that being met by police officers after disembarking his flight back to the UK from Dubai was ‘quite embarrassing actually’, and added that the arrest had ‘ruined’ his reputation.

The Celebrity Big Brother winner said: ‘My name’s ruined. Type Stephen Bear into Google, f***ing hell. It doesn’t look good for the Bear, does it. But you know what they say, the only way is up.

‘All we can do is wait until the 10th of February when the police have done their investigation and after that, all will be revealed. In the mean time, life goes on.’

He had previously refuted the allegations, telling his followers: ‘So it’s actually sunk in what’s happened. I’ve got back and I didn’t realise the extent of what’s being spoken about right now.’