Stephen Jackson On Social Justice, George Floyd, 'Wish I Could Get My Twin Back' 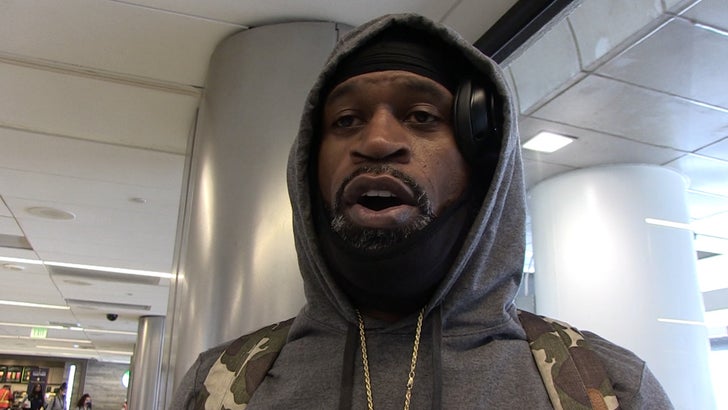 Ex-NBA star Stephen Jackson says his fight for social justice is just getting started … telling TMZ Sports it’s become his mission to be there for those who need help following the death of his friend, George Floyd.

Jackson made his presence known shortly after Floyd’s death in May … speaking out in hopes of bringing awareness to the cause.

We spoke with Stack about his new calling on Thursday … and he says he’s been called to make an impact on society.

“What I do know is, is that I’m leading with my heart and I’m doing what God wants me to do,” Jackson tells us.

“I didn’t ask to be in this position, I wish I could get my twin back. It is what it is.”

Jackson says his new journey has made him realize there are more people who need his help … and he’s up for the task.

“So, it’s become my passion and I’ve been embracing it. I know I’m doing God’s work. So, wherever it takes me, I’ll find out how I’m doing sometime soon.”

Jackson — who was close friends with Floyd — was one of many to speak out and demand justice by calling for the arresting officers to be prosecuted … but he says it’s not the only incident he will speak out on.

“But, it’s more important to me to do something bigger than myself … I’m the person that stands on loving everybody and I have every race following me. and I’mma continue to make noise and do what’s right.”