Susanna Reid, 49, has hit back at those who may criticise her attitude towards hugging when meeting guests and colleagues at work on Good Morning Britain. The presenter addressed the issue after sharing a rare on-screen embrace with her former BBC Breakfast co-host Bill Turnbull when they reunited on the ITV show last week.

She admitted in her latest MailOnline column that although the hug “felt right”, she stands by her decision to avoid “professional PDAs”.

Susanna went on to say coronavirus concerns have complicated the idea further for her, as the virus is spread easily from person to person through contact and touching.

The TV personality explained: “Hugging has been a social hot potato for a while. On the one hand, we are increasingly aware of touch being good for our wellbeing, and on the other, some workplace tribunals have deemed touching inappropriate. 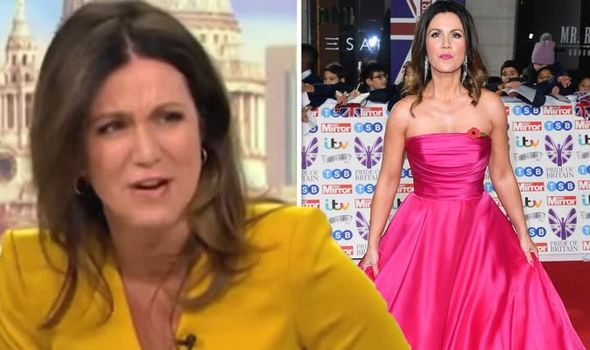 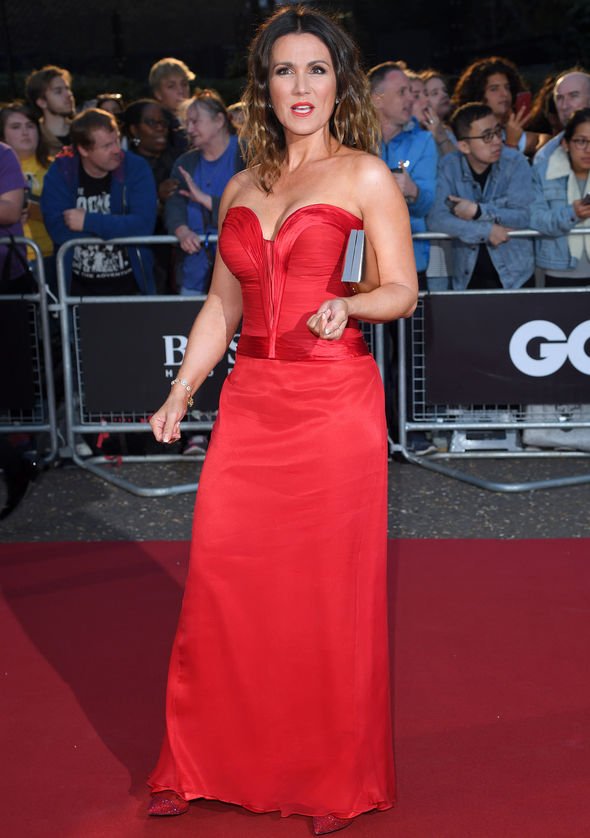 “Italians are being advised to avoid their customary peck on both cheeks greeting for the time being, while Americans should think twice about high fives,” she added.

Susanna continued by arguing that she isn’t “uptight” in her ways, saying: “So you see, I’m vindicated.

“While some may say I am being uptight, I would argue that my attitude to colleagues cuddling is healthier and more professional in the modern workplace.

“In the #MeToo era, where people worry that a hug might be misunderstood, it is easier to avoid touching altogether.” 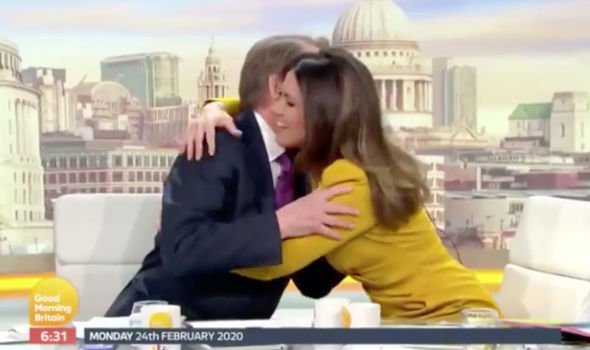 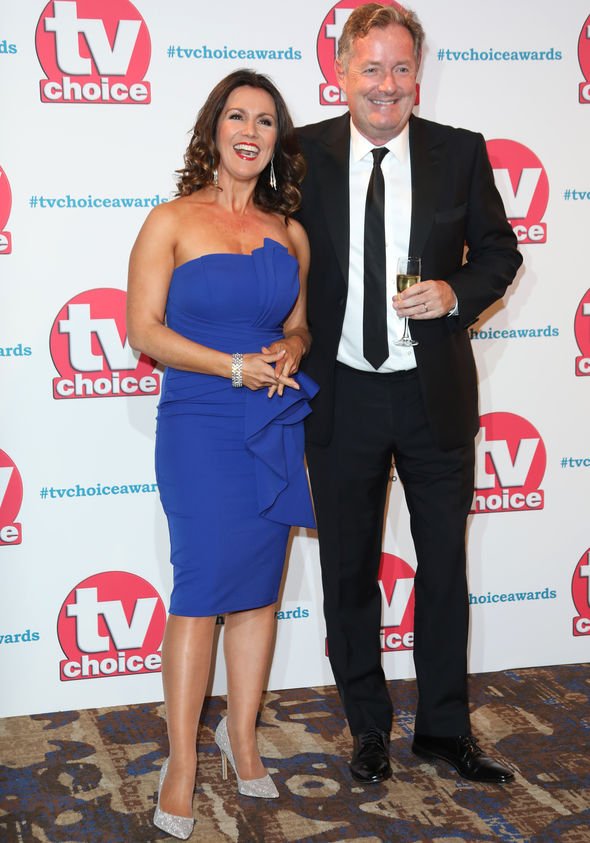 Susanna concluded her views by claiming: “I believe hugs are important and loaded with meaning, and necessary at times of emotion. For me, it’s clear cut.

“That’s why I can’t do them casually for work greetings every day. Easier to keep it professional, offer a hand for a firm shake, and then move on to business — and the hand sanitiser.”

Susanna’s remarks come after her colleague Bill revealed his fears about sharing his views on Piers Morgan’s presenting style.

Bill stepped in to temporarily replace Piers on the daytime show, as he is currently in Texas filming a new documentary.

Ahead of his TV return, the star spoke with ITV and spilled some gossip about his latest gig.

When asked about how he thinks his presenting qualities differ from Piers, Bill giggled.

“Answering that would put me on thin ice, on deep water!” he laughed.

“But I can say, I don’t have such strong opinions as Piers has and I don’t voice them as much as he likes to.”

Bill then said he prefers not to engage in heated debates on air, adding: “It goes against my personal grain really as I’m so used to not spouting off on air.

“I’ve been working on commercial radio, so to a limited degree I’ve had more freedom. But who knows what might happen. It might be that the beast might be unleashed on air, you’ll have to watch and find out.”

Bill was diagnosed with prostate cancer in 2018 after he stepped down from his BBC Breakfast role in 2016.

The journalist said his health is “OK at the moment” and recently he’s “felt healthier than I have in a long time”.

Good Morning Britain airs weekdays at 6am on ITV.