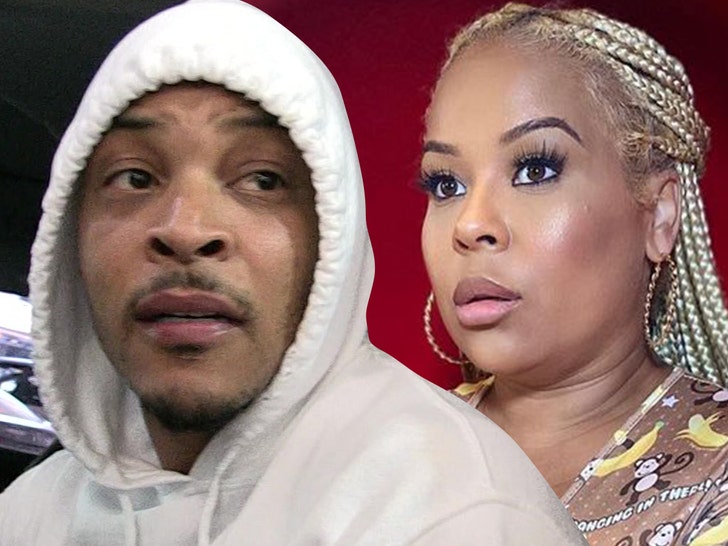 T.I. is legally lashing out at the woman who alleges he put a gun to her head and threatened to kill her, and he wants her defamation lawsuit against him thrown outta court.

Sabrina Peterson‘s suing T.I. and Tiny for defamation, but in new legal docs obtained by TMZ … T.I. claims her reputation is already so horrible, it’s basically impossible to inflict even more damage to it.

As we first told you, in her suit filed earlier this year, Peterson claims T.I. and Tiny smeared her good name with public statements and social media posts in the wake of her allegation against T.I.

The rapper’s lawyer, Andrew Brettler, claims Peterson “is an adjudged liar, a convicted felon with a lengthy rap sheet for crimes involving dishonesty and violent assault, and has a reputation for being unscrupulous” … and he says there’s no way T.I. and Tiny could make her rep take a hit. 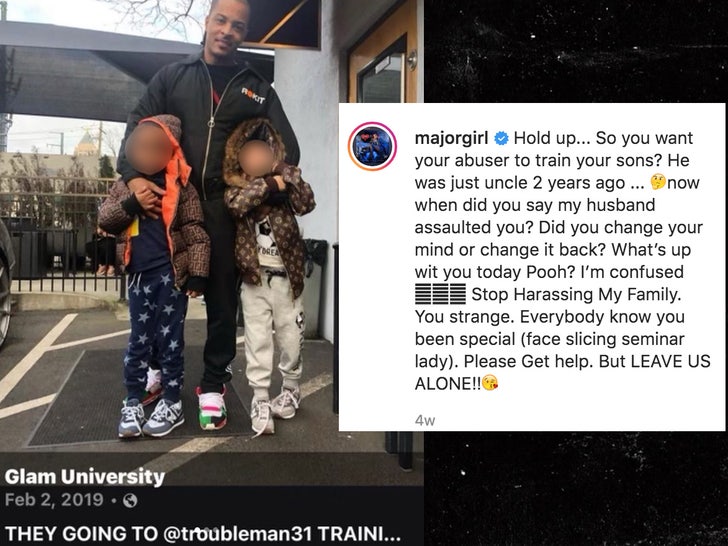 According to Peterson’s suit … Tiny referred to her on social media as “strange,” and added, “everybody know you been special.” Peterson claims she’s since become the target of online harassment and threatening messages, but T.I. claims she can’t sue over those comments because they are just opinions.

Bottom line … T.I. says Peterson’s defamation suit is nothing more than a publicity stunt, and he wants a judge to give it the old heave-ho.