The Cambridges stepped out to view their new, commissioned portrait 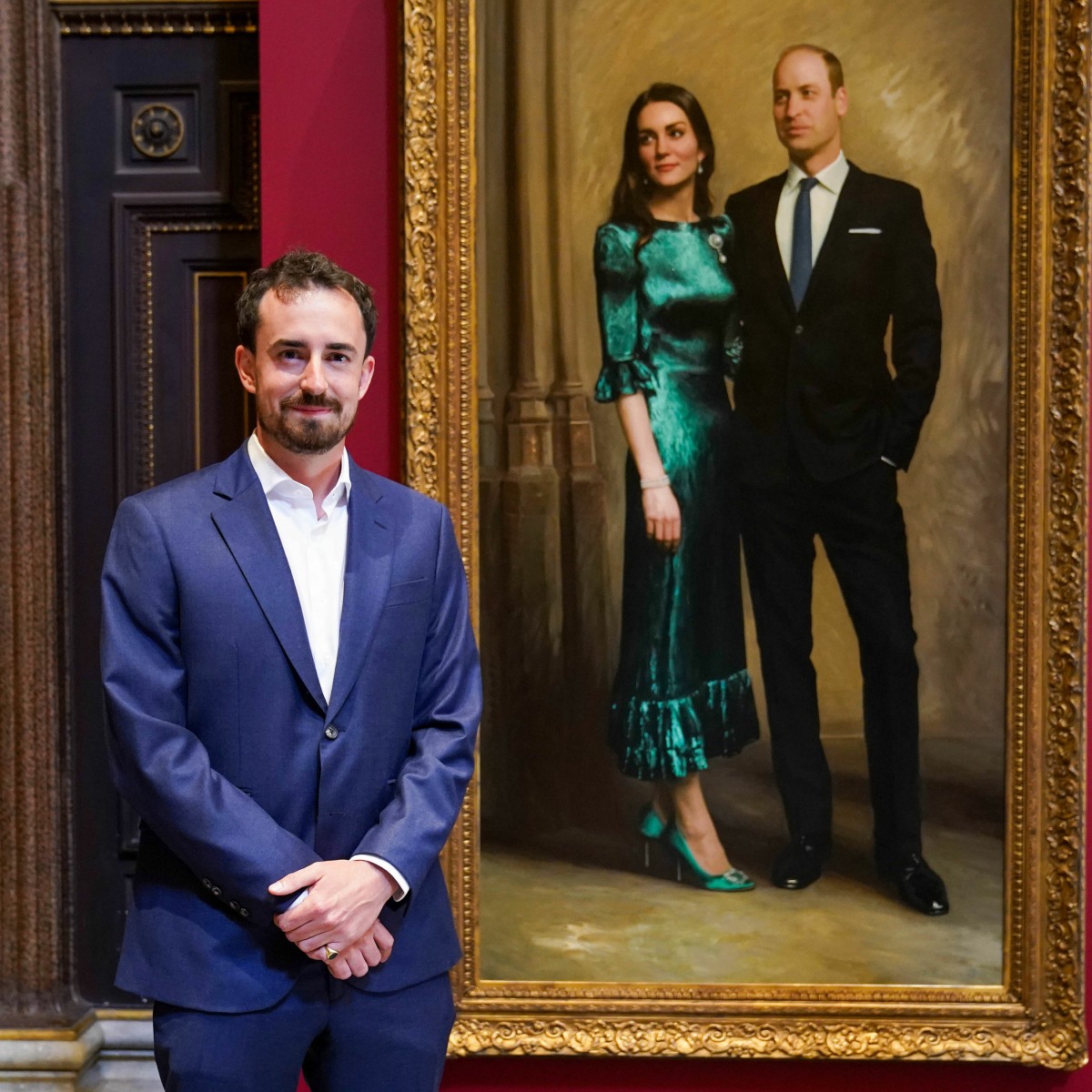 Wow, the Duke and Duchess of Cambridge “worked” two days in a row. Yesterday, they appeared at Waterloo station to unveil a statue in honor of Windrush Day. Today, they went to Cambridgeshire to look at a new portrait of themselves. The portrait was painted by Jamie Coreth, and it’s being displayed at Fitzwilliam Museum. Coreth painted it as a gift to William and Kate, and it was commissioned and funded by the Cambridgeshire Royal Portrait Fund, because apparently these people need a special fundraising effort to fund their royal portraiture?? Jesus Christ.

Hilariously, the painting is based off an appearance William and Kate made in Ireland in 2020, just as the pandemic was hitting. Kate spent more than $30,000 on fug new clothes for, like, a three day tour? One of those new pieces was this green dress by The Vampire’s Wife. It was bad! She cosplayed the Irish flag. It was so dumb.

When William and Kate viewed the painting today, William’s first comment was “It’s quite big.” Then he told Coreth “it’s amazing.” I kind of agree? I’ve never heard of Jamie Coreth, but he can paint. He managed to really capture their awkwardness too.

As for Kate’s look at the museum, she wore a new dress (?) from LK Bennett, one of her favorite labels. Her clutch is from Emmy London and I don’t have ID on the coat. The coat actually looks new to me as well, but I can’t always tell – she just has so many blue coats. 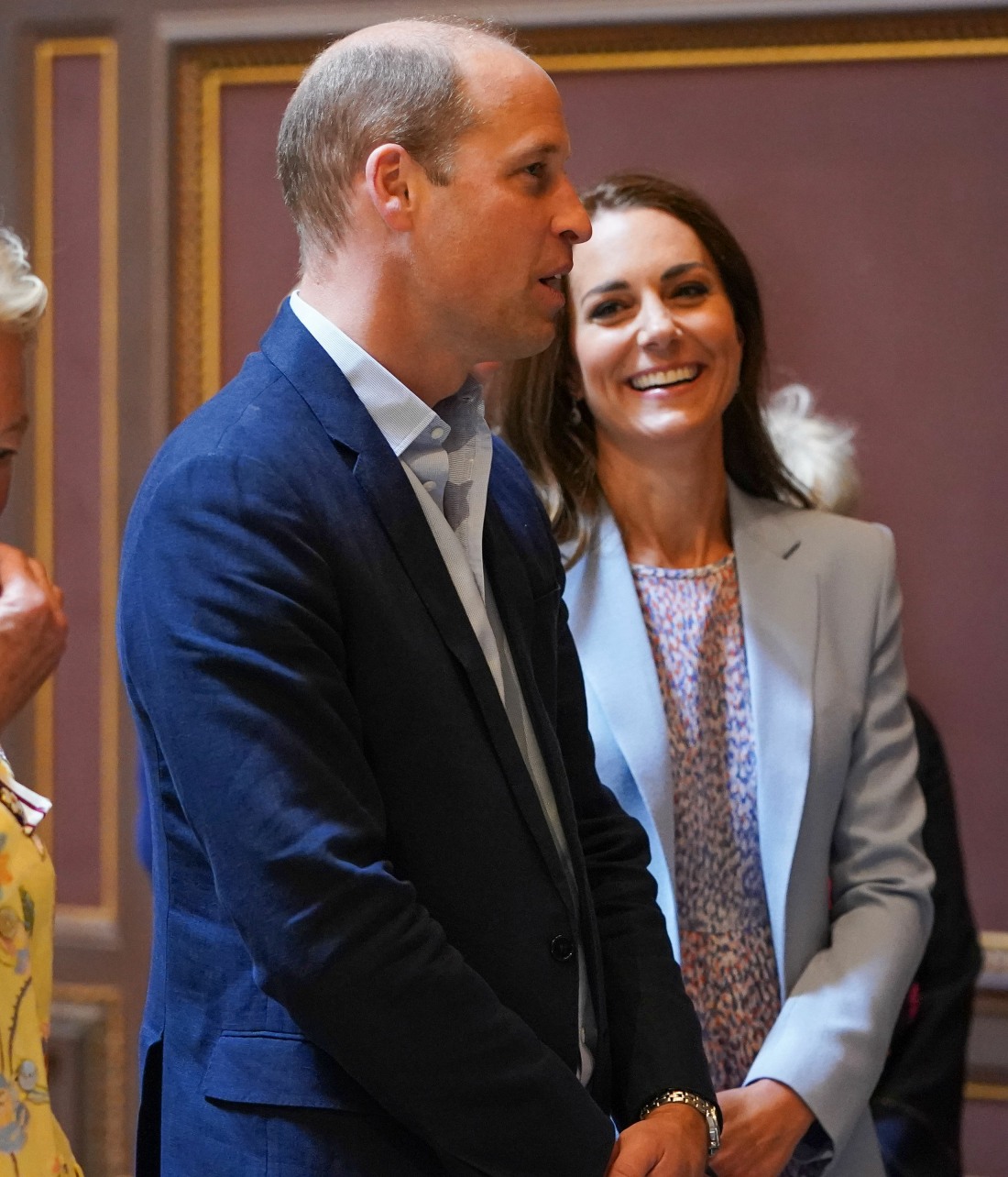 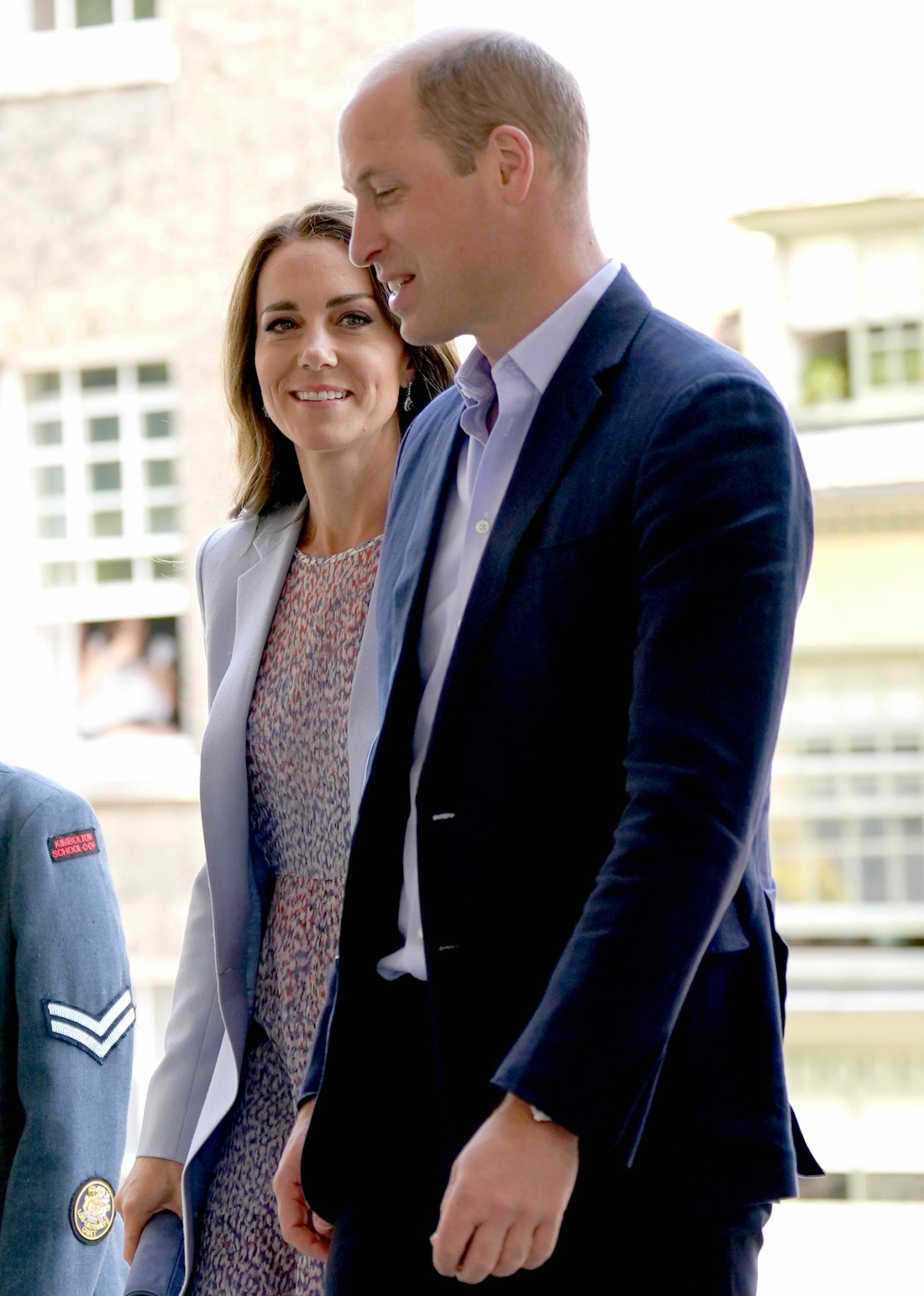 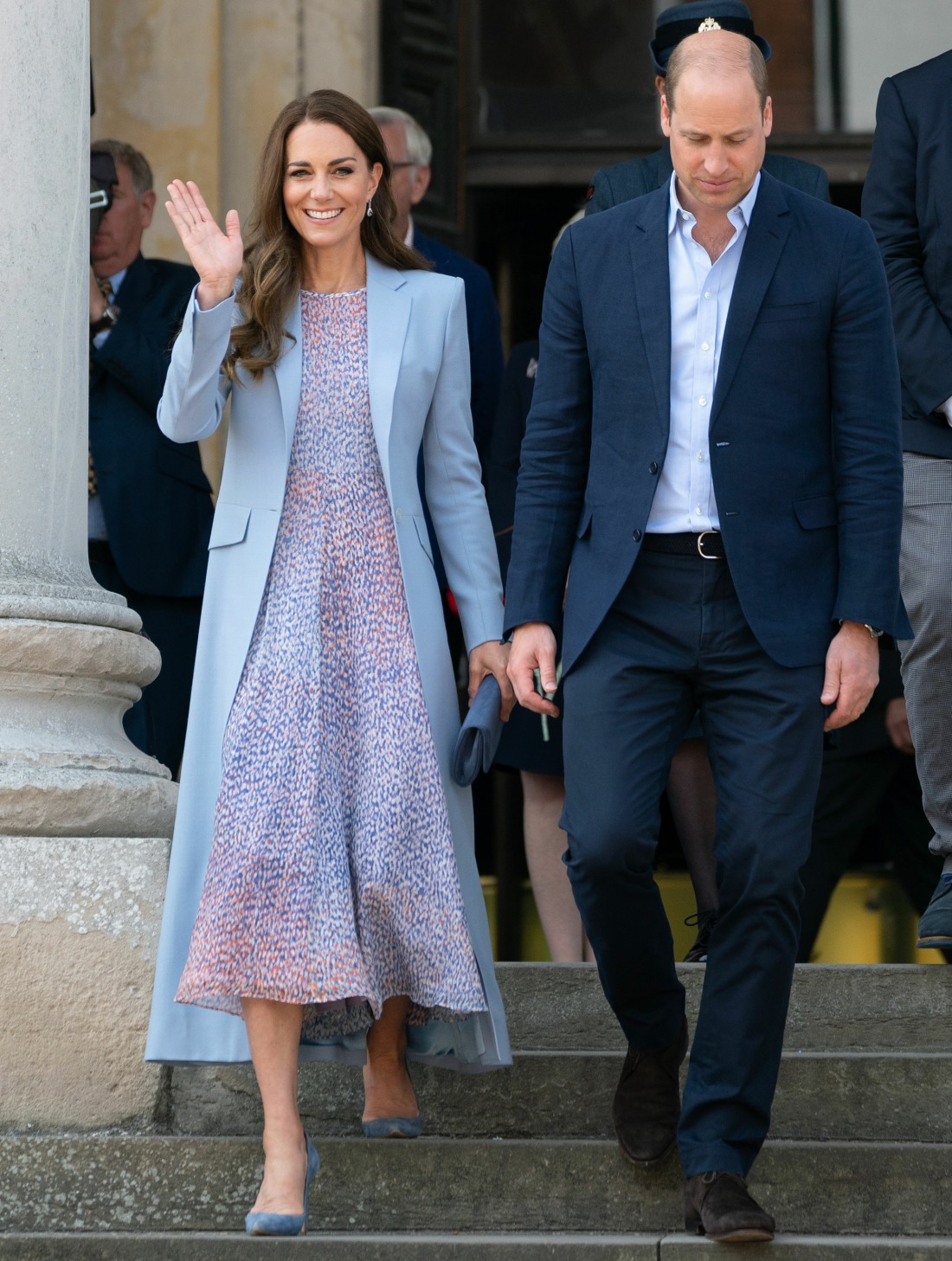