John Kelly, the father in the popular father and son TikTok duo Tex and John, passed away suddenly the weekend of August 7, according to the New York Post. His son, Tex Kelly, announced his father’s passing in a TikTok video on August 8. The video was a montage of several of the duo’s popular videos set to the song “My Old Man” by Zac Brown Band. “You’ll always be my hero,” Tex wrote in the caption. “Until next time Dad. I love you so much.” He also wrote in an overlay on the video, “Rest In Peace Dad I love you.”

The family has yet to reveal an official cause of death, but the GoFundMe set up by Tex called his father’s passing “a surprise to us all” and referred to “hospital bills and medical expenses,” implying John’s death was due to an unforeseen medical condition. As of August 9, the fundraiser had raised more than $22,000, surpassing its $15,000 goal.

Tex went on to pay tribute to his father, writing, “He was never negative and as many of you have experienced personally with him, he was always someone you wanted to be around because he made you feel special and loved. He was a great father, son, brother, and friend to countless people.”

Tex paid tribute to his "hero" 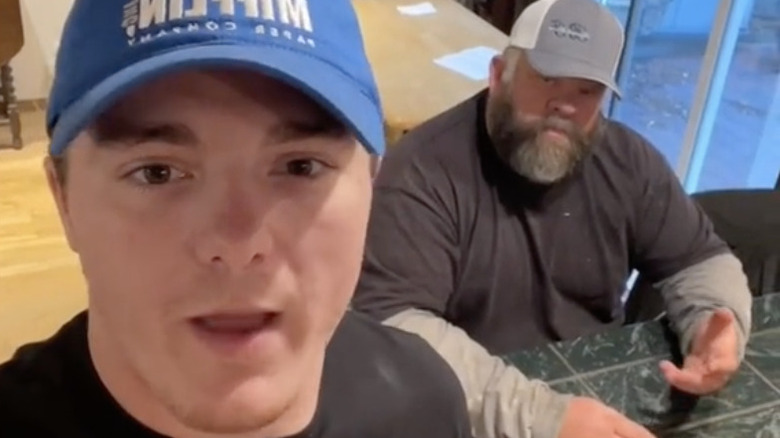 John and Tex Kelly only joined TikTok in January 2021 and quickly grew to accumulate an impressively large fanbase, with more than 2.5 million followers and more than 50 million views, per the New York Post. The duo had strong chemistry despite not actually being biologically related. Tex explained in a video on June 30 that John was actually his step-father, who met his mother when he was 4 years old. John stepped in and filled the father role for Tex and his brother. “He taught us how to fish, how to ride a bike, the difference between right and wrong and everything a great dad would,” Tex wrote in an overlay on the TikTok clip announcing John’s passing. “He taught me how to read and made sure I was a 4.0 student. He never missed a game.”

Per the New York Post, John co-owned a construction business, Humboldt Construction, and lived with his family in Eureka, California. May he rest in peace.