On Feb. 23, the sports and entertainment worlds were stunned upon hearing that Tiger Woods suffered multiple leg injuries that required emergency surgery after he was in a single-car accident near Los Angeles. Local authorities confirmed that the golfer had to be “extracted from the car.” Tiger was rushed to Harbor-UCLA Medical Center. There, doctors repaired his badly damaged leg with screws, pins and a rod. “Trauma to the muscle and soft-tissue of the leg required surgical release of the covering of the muscles to relieve pressure due to swelling,” Tiger’s chief medical officer said. He was moved to L.A.’s famed Cedars-Sinai Medical Center a few days later. Following the incident, many in entertainment voiced their support for the five-time Masters champion. His famed former mistress, Rachel Uchitel, was among them. “Obviously hearing the news has shaken me up as it’s probably shaken everybody up to see that. Hearing [agent Mark Steinberg] say that he’s in surgery for his legs is something that really worries me and when you hear a comment like that you know it’s true,” she told the New York Post. “He’s an athlete and his legs are essential to his sport and to him being who he is and he’s already had trouble with his body up until this point. He didn’t need any more injuries.”

Bruce Springsteen pleaded guilty to one misdemeanor count of consuming alcohol in a closed area on Feb. 24. The charge stemmed from his arrest late last year in New Jersey’s Gateway National Recreation Area, a federal property where booze is prohibited. However, The Boss’s most serious charges — DWI and reckless driving — were dropped. At the time of his arrest, Bruce’s blood alcohol content was .02, far below the legal limit for DWI. In the hearing, the rock god said he had “two small shots of tequila.” As part of the judgment, Bruce was fined $540.

In one of the most bizarre stories of the year so far, Lady Gaga’s dog walker was shot and two of her three French bulldogs were stolen in Los Angeles on the evening of Feb. 24. The dog walker was hospitalized but is expected to recover. Gaga, who’s offered a $500,000 reward for information and the safe return of the dogs, was filming a movie in Rome at the time. Reports said the walker, Ryan Fischer, was out with the singer-actress’s pets when he was approached by a white car. Two men — at least one of whom had a gun — jumped out, took the animals and attacked him. During the violent skirmish, Ryan was shot in the chest. The third dog ran away but was later recovered. Police don’t know whether Gaga was targeted or if the crime was random. The LAPD’s Robbery-Homicide Division has taken over the high-profile case.

Former child star Mara Wilson is siding with Britney Spears. The “Mrs. Doubtfire” actress penned an op-ed for The New York Times on Feb. 23 in which she spoke about growing up in the spotlight and how media scrutiny of her life during her childhood in many ways parallels what Britney experienced after finding fame as a girl. “The way people talked about Britney Spears was terrifying to me then, and it still is now,” the “Matilda” actress wrote. “Her story is a striking example of a phenomenon I’ve witnessed for years: Our culture builds these girls up just to destroy them. Fortunately, people are becoming aware of what we did to Ms. Spears and [are] starting to apologize to her. But we’re still living with the scars.” She added, “Many moments of Ms. Spears’s life were familiar to me. We both had dolls made of us, had close friends and boyfriends sharing our secrets and had grown men commenting on our bodies. But my life was easier not only because I was never tabloid-level famous, but because unlike Ms. Spears, I always had my family’s support. I knew that I had money put away for me, and it was mine. If I needed to escape the public eye, I vanished — safe at home or school.”

Olympic gold medalist and viral sensation McKayla Maroney was hospitalized on Feb. 25 after experiencing “severe pain” caused by kidney stones. The athlete gave medical updates on her Instagram Story, posting one image from her hospital bed. “Tuesday I was throwing up all day, with severe pain in my back and stomach,” she wrote. “Had to come to the ER at 3am because pain kept getting worse, and I couldn’t’ stop throwing up.” McKayla, 25, then added, “Just got my CT Scan back. I have a few kidney stones.” She was a member of the 2012 gold medal-winning United States Olympics team dubbed the “Fierce Five.” She went viral with the “not impressed” look on her face after earning a silver medal for the vault.

Ricki Lake’s recent engagement was on the risqué side! The former talk show host said she was in the buff when her beau, Ross Burningham, popped the question. “I was naked in the Jacuzzi with my man on the first night that we’re in my new Malibu home. So it was romantic. It was very spontaneous and I couldn’t be happier,” she told Bravo host Andy Cohen. “He was surprised too.” Ricki, who’s yet to get her ring, said she only met Ross in June 2020, but that their chemistry has been undeniable. “He is wonderful. Everyone in my life who has met him just gets it. We’re great together,” she said.

The Internet was buzzing on Feb. 25 amid reports that Emma Watson, 30, is retiring from acting. The whole thing started after the Daily Mail reported that the “Harry Potter” star was focusing on settling down with her boyfriend, Leo Robinton. “Emma Watson has gone ‘dormant’ according to her agent,” the outlet reported. “That appears to be movie-speak for she’s ‘given up acting.'” The report further claimed that Emma “is not taking on new commitments.” Soon after, though, Emma’s manager debunked the story, telling Entertainment Weekly, “Emma’s social media accounts are dormant but her career isn’t.”

Katharine McPhee and husband David Foster have welcomed a son. “Katharine McPhee and David Foster have welcomed a healthy baby boy,” her rep told People magazine on Feb. 24. “Mom, Dad and son are all doing wonderfully.” It’s their first child together, but David is also father to five adult daughters (four of whom are older than Kat). The “Smash” star, 36, and the 71-year-old music producer tied the knot in June 2019, 13 years after meeting on “American Idol,” where he was her mentor.

Simon Cowell is finally opening up about his e-bike crash last year — an accident so bad that broke his back. “It could have been a lot worse,” he contends. “When I saw the X-ray, I really nearly could have smashed my spine to pieces, so I literally wouldn’t have been able to walk.” He added in his Feb. 24 interview with “Extra,” “I knew I’d broken my back the minute I landed. It was really, really kind of sudden and it hurt.” The “America’s Got Talent” judge said he was embarrassed over the accident and didn’t know how to tell his 7-year-old son what happened. His longtime partner, Lauren Silverman, broke the news to young Eric, who then told sweetly Simon, “You’re like Ironman.” The helplessness was the hardest part. “I’ve never been in this situation in my life where you literally can’t move,” Simon said. “The pain was off the charts… But you’ve got to stay positive… I made a promise to myself I’d be fitter than I was before I had the accident. Sure enough, that’s what happened.”

Prince Harry joined fellow Brit James Corden, who was a guest at his 2018 wedding, for an open-air double-decker tourist bus interview, visited the mansion pictured in the sitcom “The Fresh Prince of Bel-Air” and competed in a military-style training course on the Feb. 25 episode of the comedy star’s “The Late Late Show” on CBS — and the resulting 17-minute video was jam-packed with entertaining and informative moments during which Harry was equally candid, relaxed and playful. The Duke of Sussex opened up about doing Zoom calls with his grandparents, Queen Elizabeth II and Prince Philip, shared the delightful Christmas gift great-granny got his 1-year-old son, Archie, and revealed his opinion on “The Crown,” which he admitted he’s watched. Duchess Meghan also popped up on a video call during which she revealed her nickname for her husband: “Haz.” Harry also explained why he and Meghan moved to California last year. “It was never walking away, it was stepping back rather than stepping down,” he said of their decision to leave their roles as senior royals. “It was a really difficult environment as I think a lot of people saw. We all know what the British press can be like. It was destroying my mental health. This is toxic, so I did what any husband and what any father would do which is ‘I need to get my family out of here,’ but we never walked away.” Harry added, “My life is public service so wherever I am in the world it’s going to be the same thing.” 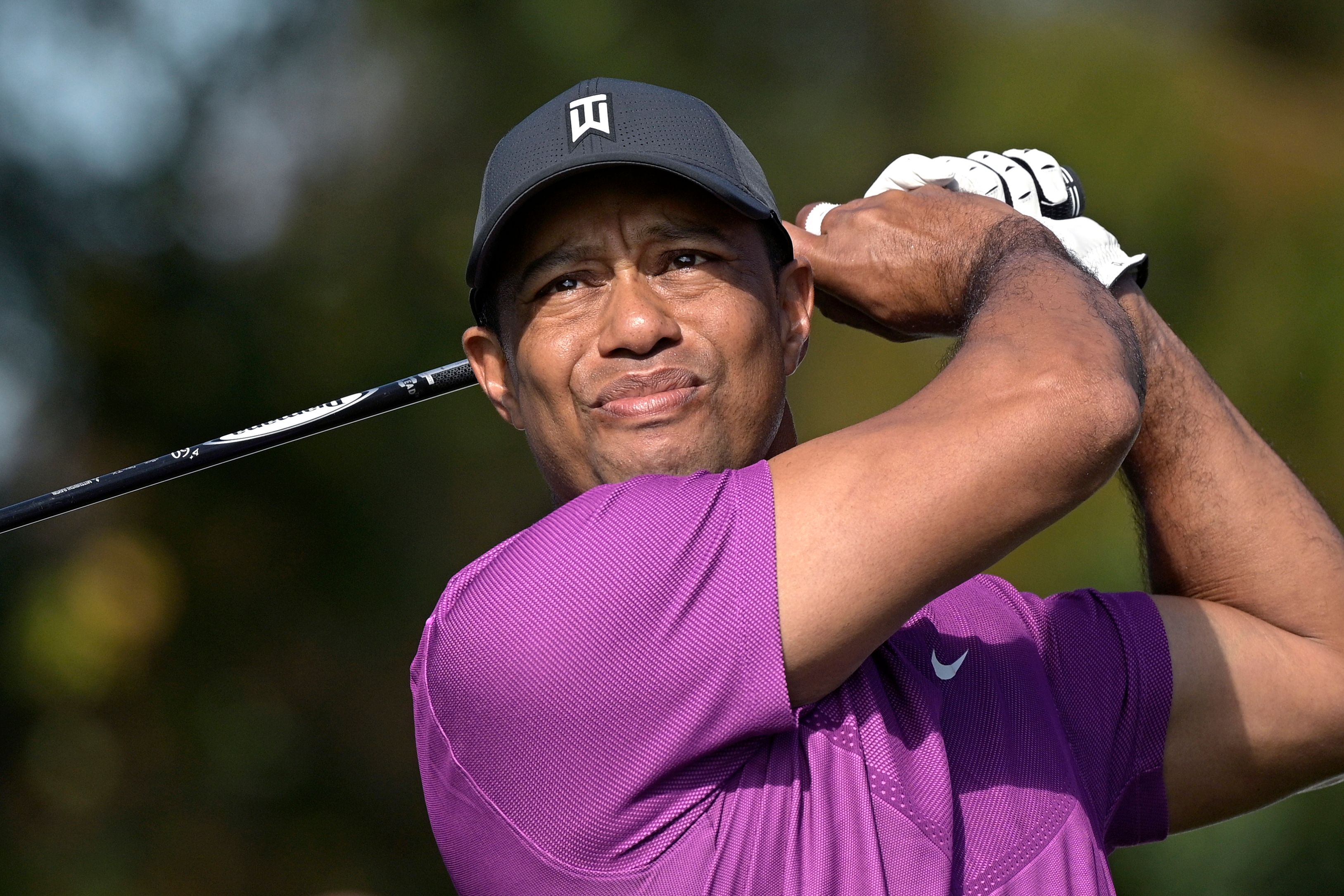 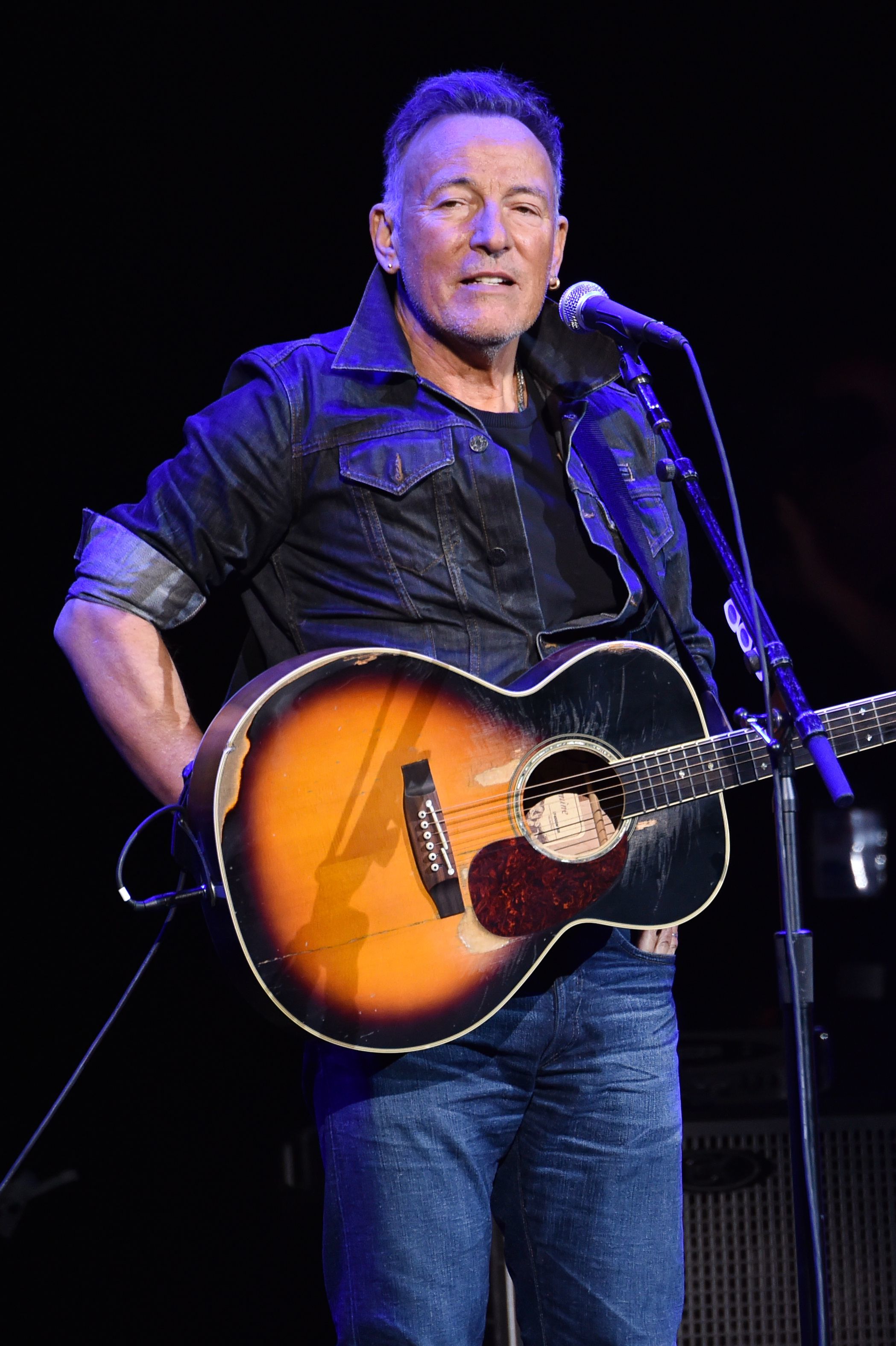 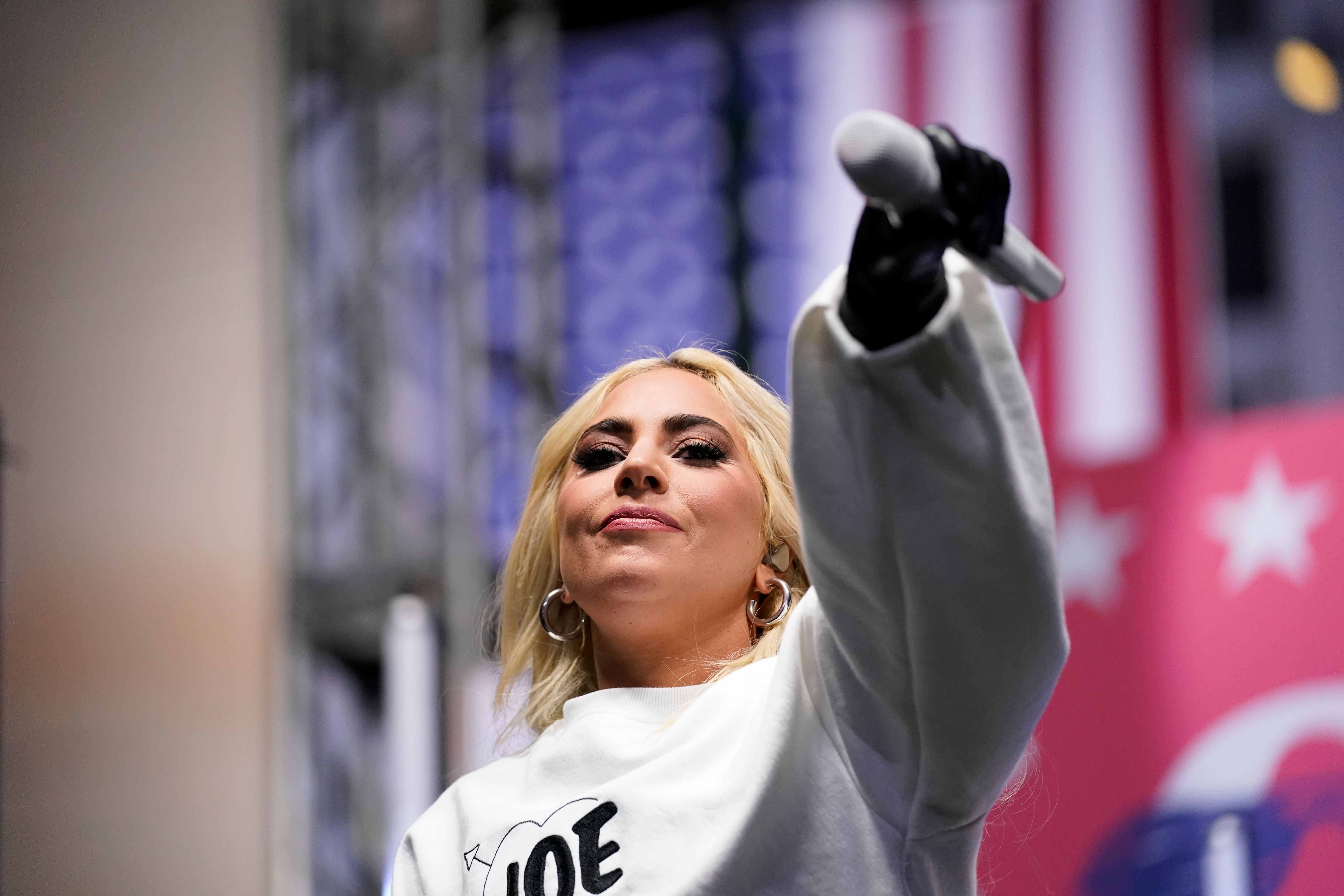 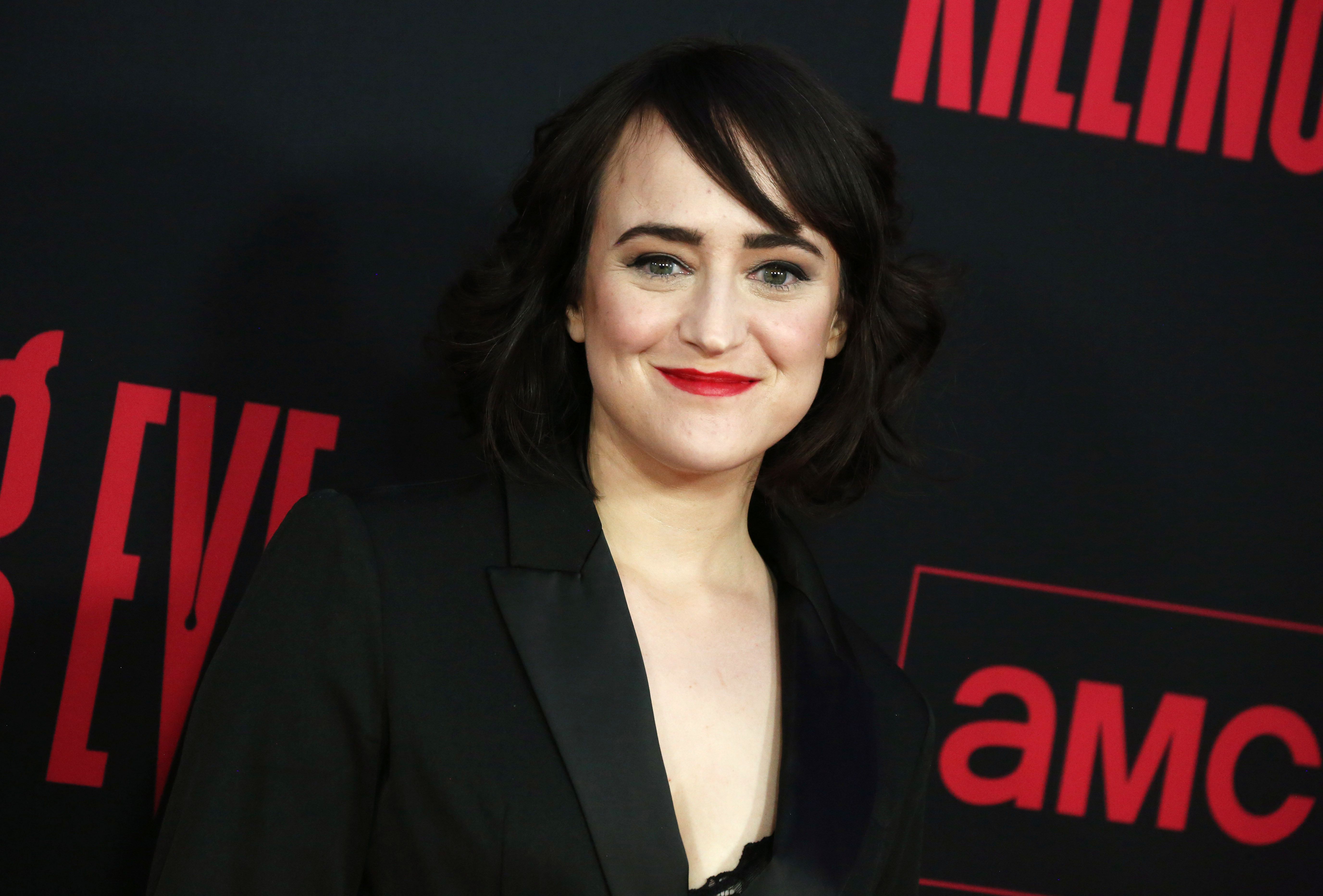 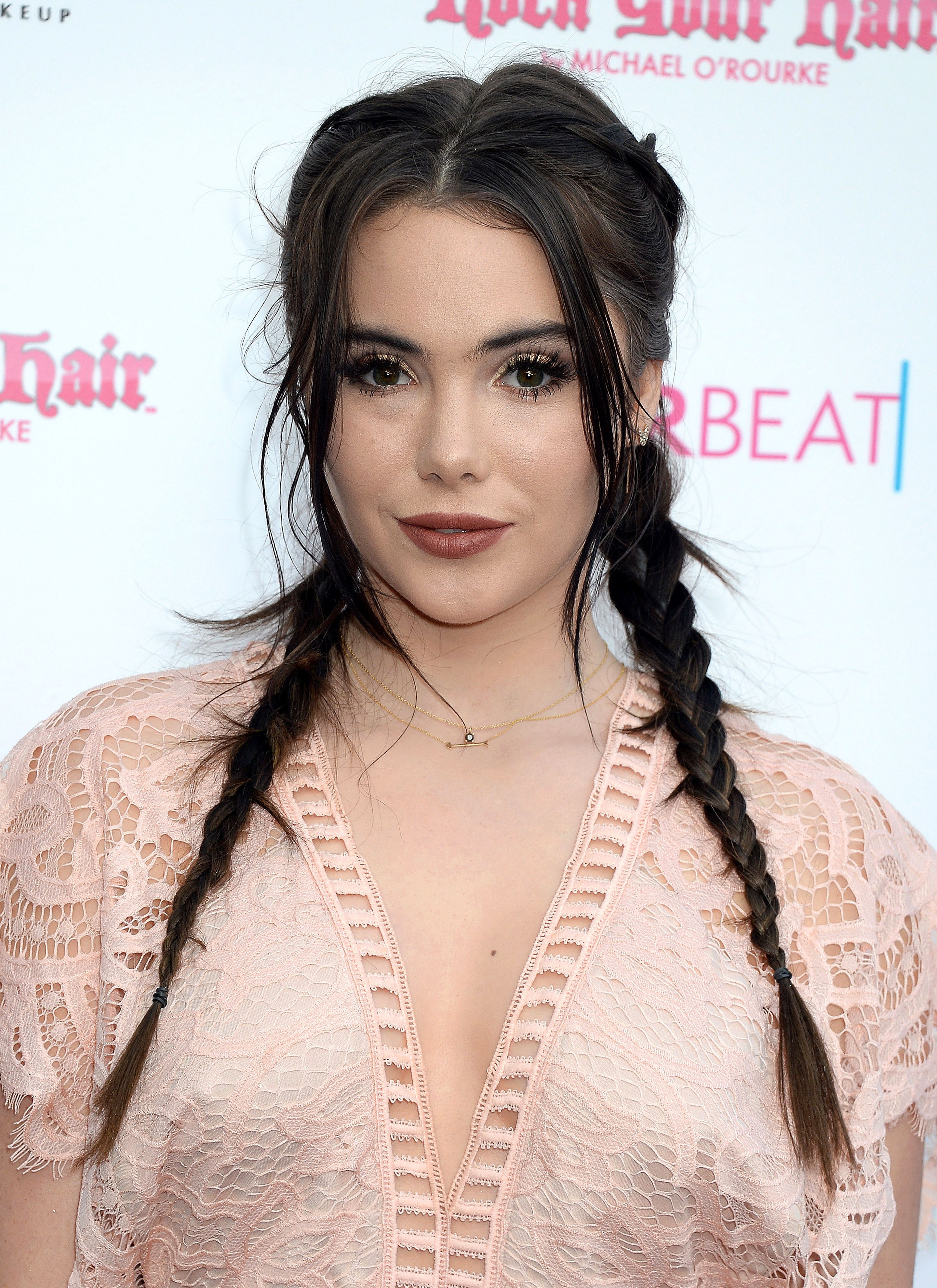 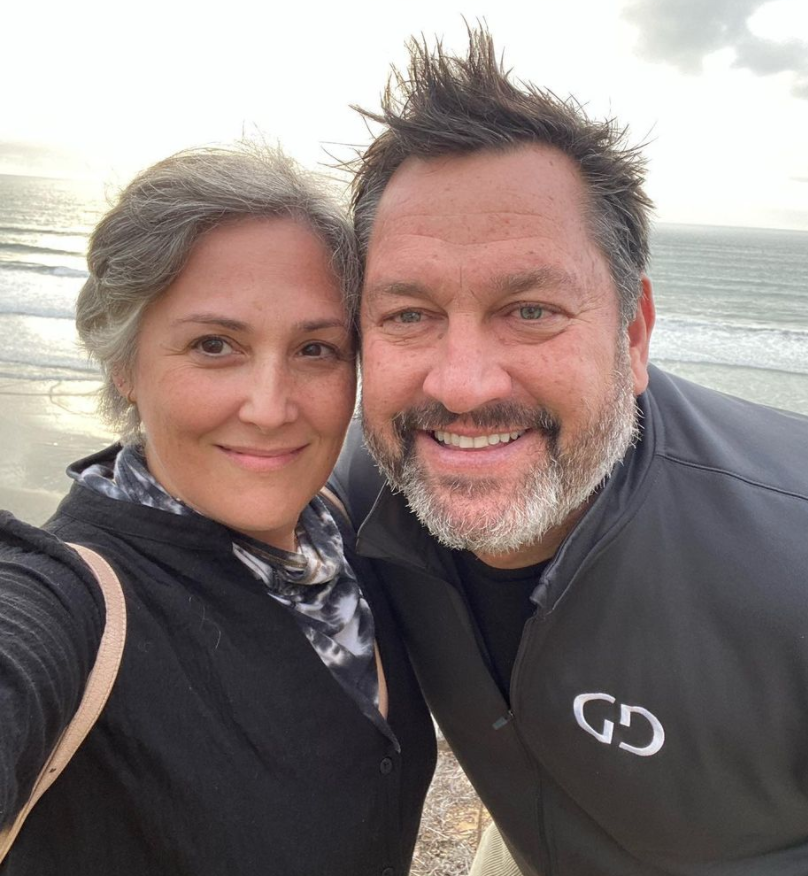 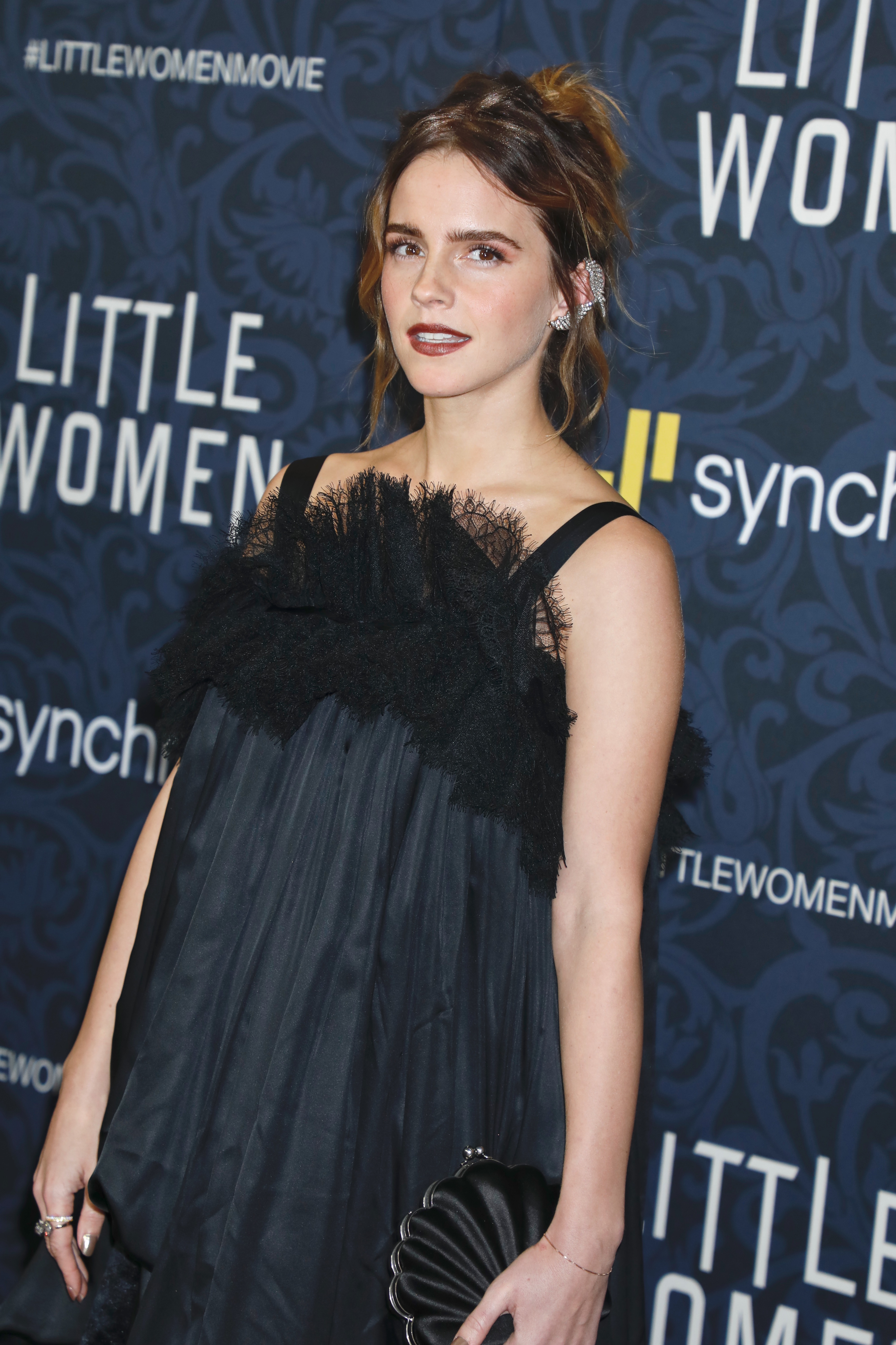 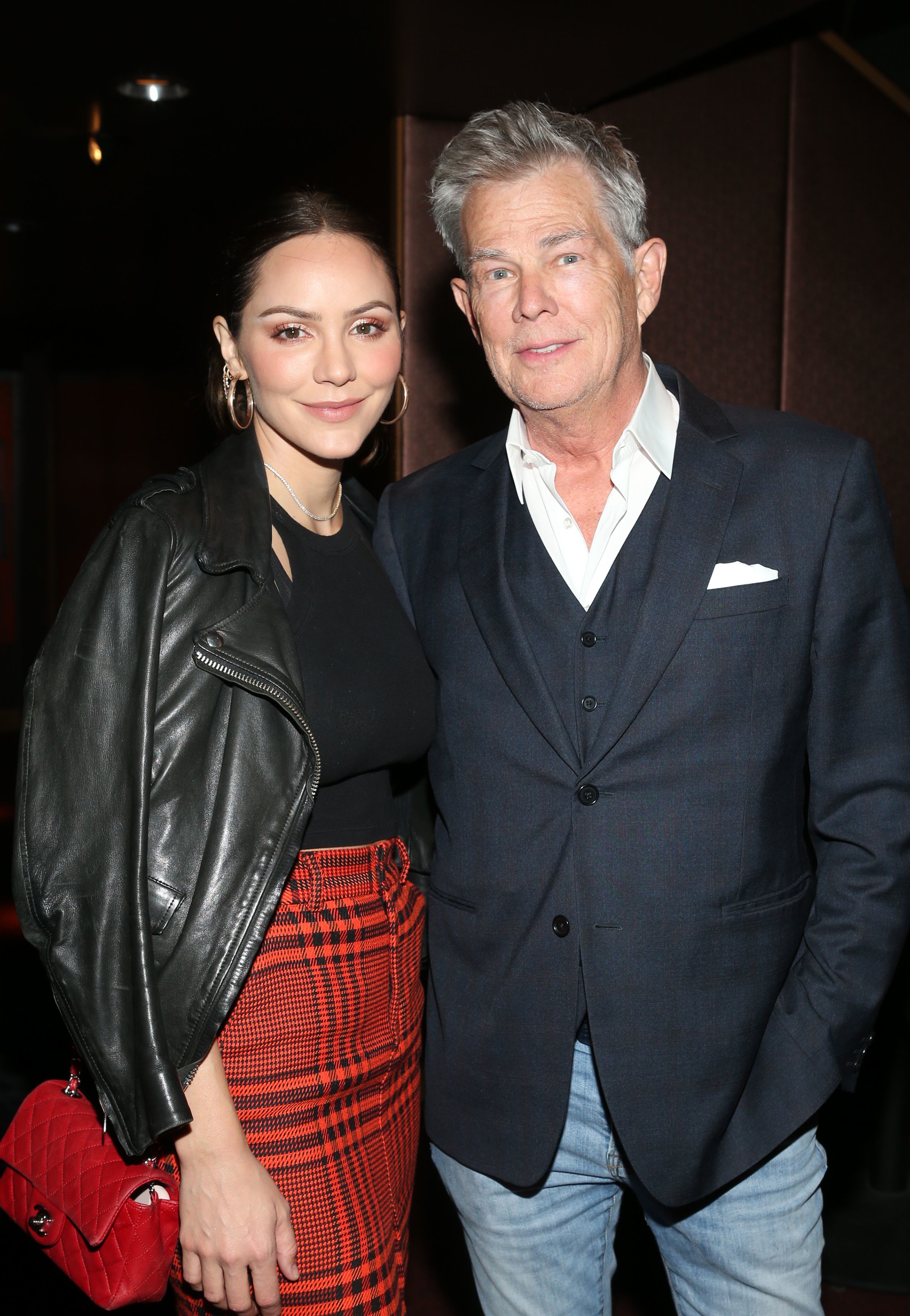 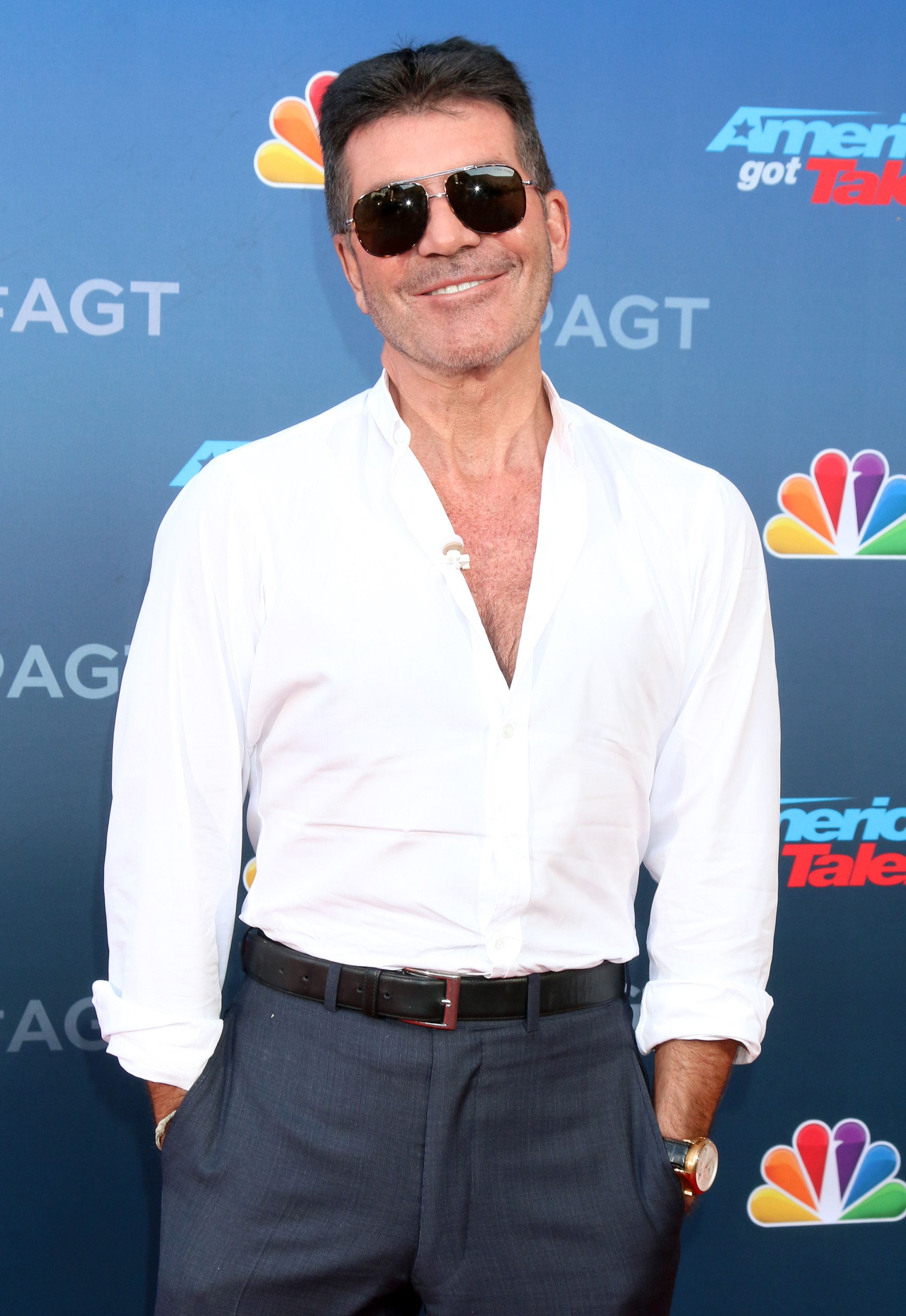 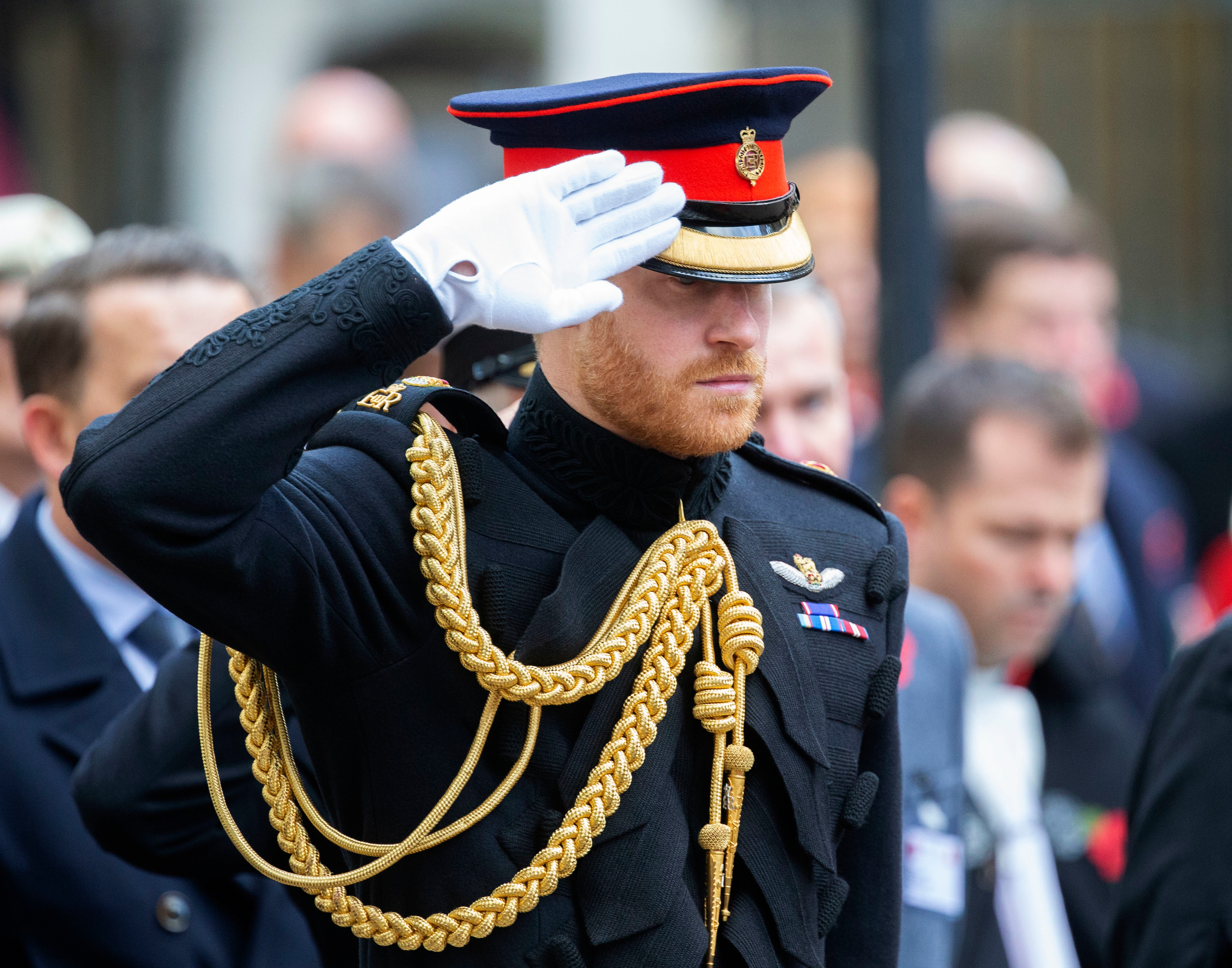 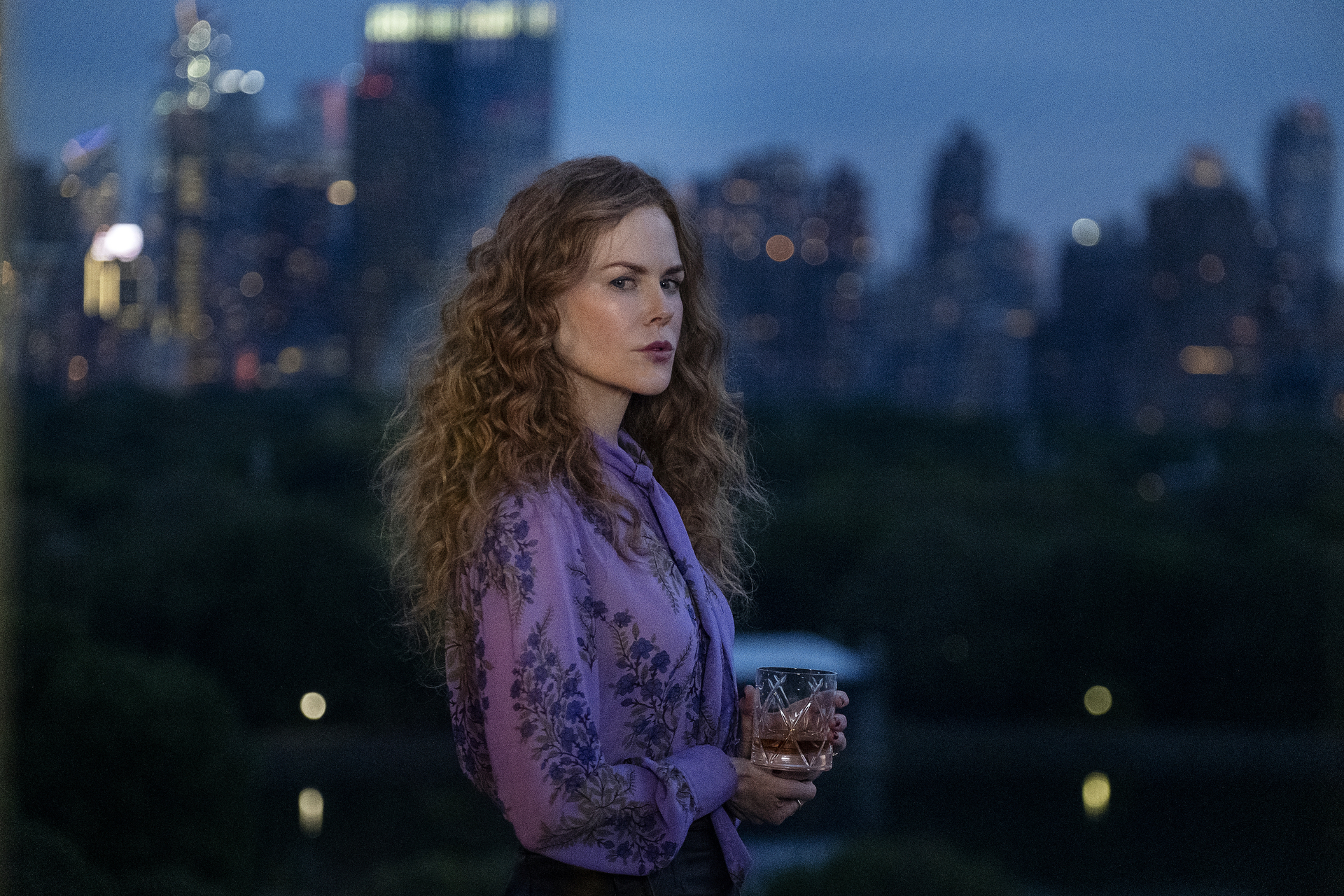