Troian Bellisario on being pregnant: I was really struggling. I was scared 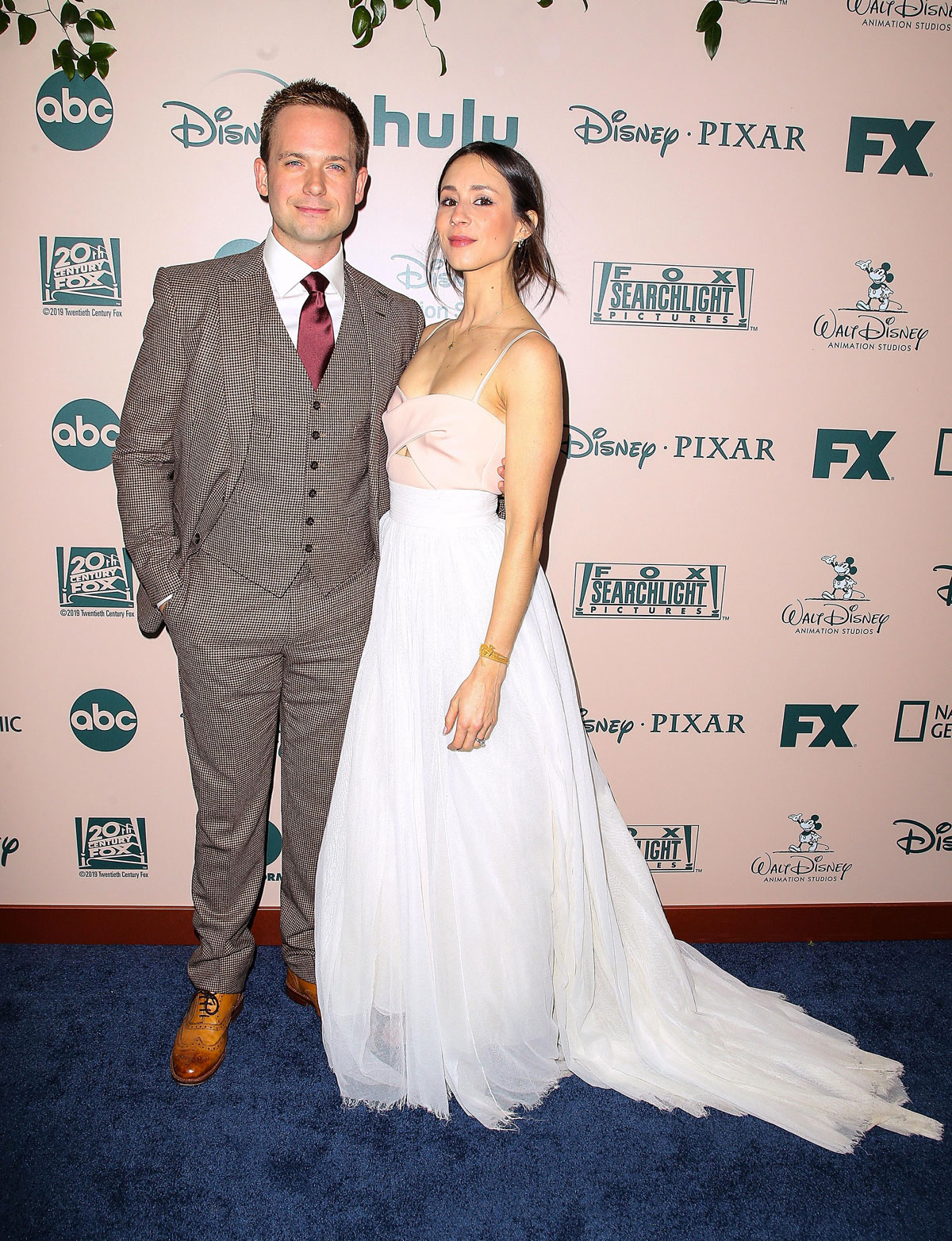 Troian Bellisario, mostly of Pretty Little Liars fame, did a detailed interview with Yahoo Life’s parenting series to correspond with the release of her latest film, Doula. She was actually pregnant with her second child during filming and switched from a fake bump to the real deal. She’s been with Patrick J. Adams forever and they’re pretty private about their family, which includes two daughters. They didn’t post about or announce either pregnancy until the babies were born (they even attended Harry and Meghan’s wedding with Troian five months pregnant and no one knew). And from what I can tell they have never shown their daughters’ faces. They didn’t even announce the name of their first daughter until she was like a year old and even then it was just a mention at the end of an Instagram caption and not a formal announcement. All this to say is, I think this interview is the most detail she’s shared about her thoughts and feelings about pregnancy, though she has mentioned her second daughter’s birth story before. They didn’t make it inside: Patrick delivered the baby in the car, in the parking lot.

Not feeling like a glowing goddess: “It was one of the most authentic depictions of pregnancy that I had ever read, because my experience during my two pregnancies was not, like, the glowing goddess of fertility,” the actress, wearing a “Hysterical Female” T-shirt, tells Yahoo Life’s So Mini Ways over Zoom. “I was not floating through the air in a maternity shoot. I was sick and hot and confused and in a crisis. … Your identity is in crisis. You don’t know who you’re going to be; you’ve never experienced having a child before. And so what I loved so much about this movie was that it really just sort of dug into that and didn’t shy away from it. And it didn’t shy away from showing a woman that was having a difficult time during the journey of pregnancy.” Bellisario’s own experience with that loss of identity, coupled with morning sickness and uncertainty about the future, contributed to her opting to keep her pregnancies out of the public eye. Though they attended the 2018 royal wedding of Adams’s Suits co-star Meghan Markle about five months into Bellisario’s pregnancy with older daughter Aurora, the couple didn’t share any baby news until after both their daughters were born, in October 2018 and May 2021, respectively.

Why she didn’t share her pregnancies publicly: Given that mindset, the prospect of sharing her pregnancy publicly felt overwhelming and inauthentic. “I didn’t feel immediately, like, I’m pregnant! I want the world to see it! This is my bump. I feel good in my body, I feel happy, I feel proud!,” she shares. “I was really struggling. I was scared. I was like, I don’t know if I’m ready. “I knew that there would be a very, very positive response,” Bellisario adds, “but it felt like an outward pressure that I didn’t want to add to the mix. Being a public figure, I think people expect you to behave a certain way. And maybe I was wrong, but I thought that if I was public about my pregnancy, that then people would expect the bump pictures and expect the updates and expect the ‘I’m so happy’ and expect the ‘this is going amazing.’ And I was like, I don’t feel that way. I still feel sick and I still feel scared and I don’t want to share this right now. So I was really private about it, and then it just kind of became something that I loved being private about, because I got to protect the beginnings of my daughters’ life.”

Having her second baby in their car: Baby No. 2 came with her own surprise: a sudden arrival in the family car — henceforth known as “the Birth Mobile.” “Me and my husband didn’t make it to the hospital,” Bellisario says of the dramatic birth. “So he became my doula and delivery doctor and delivered our baby in our car. “I felt like I was on Jupiter,” she recalls. “I was mentally on a different planet. I remember the sensation of her coming out and I remembered when my first daughter was in my birthing canal and I was like, oh, this is what it feels like when she’s coming out. So if this is happening right now. Even though this was the most excruciating pain I’d ever experienced, because I didn’t make it to the hospital, I didn’t have an epidural. … I was like, OK, I know it’s about to be over. So like, I might pass out, but I also know she’s on her way out, so I’m almost done. And I just remember just, like, non-verbally using every ounce of my energy to communicate to Patrick, like, ‘just catch her, don’t pull, just catch, I will push’ because I couldn’t say anything. I think I probably sounded like a demented cow at that point. And he did. He intuited my wishes and he caught her.”

The car story is pretty wild. That must have been stressful! I wonder what kind of car they have (had?) because one of my friends was actually born that way and it was… not an SUV. Space was limited. And in the one video I recall of Troian talking about it, she sort of mimed the positioning and it looked difficult. What Troian says about why she didn’t share her pregnancies publicly makes sense. There is (obviously) a lot of public pressure on pregnant women and mothers to begin with on the “right” thing to do and way to behave, so that must be even more magnified for a public figure. Even if there is the positive response she mentioned, there’s always the pressure to share more and be “on” all the time, when sometimes you just feel like crap or want to keep things for yourself. I have a few pregnant friends right now and when I ask how they’re doing and they tell me the not-so-pretty truth, they apologize for not sounding ecstatic 24/7. And I’m like don’t apologize, I want to know how you’re really feeling, not some faux-positive face you’re putting on because that’s how you’re expected to behave. Troian does echo what her costar and friend, Shay Mitchell, recently said, about not being a “glowing goddess.” They have very different approaches to pregnancy and raising children in the public eye, but they’ve obviously talked about this and have similar thoughts. The glowing goddess be grateful at all times messaging is so damaging to women and mothers.