Were These Princess Dianas Final Words Before She Died?

Princess Diana died in a car accident in August 1997, after the car that she was riding in struck a concrete pillar inside the Pont D’Alma tunnel in Paris, France, according to USA Today. Diana and her boyfriend Dodi Fayed were sitting in the backseat of a black Mercedes S280 after leaving the Ritz Paris following dinner. Their driver, Henri Paul, was reportedly speeding, trying to evade paparazzi when the accident occurred, sometime after midnight on August 31. It was later reported that Paul had a blood alcohol level that was “more than three times France’s legal limit” at the time of the crash.

Both Fayed and Paul were pronounced dead at the scene, but Diana was still alive. According to the Daily Mail, Dr. Frederic Mailliez’s Peugeot was driving in the tunnel and pulled over to help. He did not know that it was Diana in the car at the time, but he said that started speaking to her in English, telling her that everything would be okay. Fire official Philippe Boyer told the Daily Mail that Diana did have a pulse, and that it was “fine and quite strong.” However, things did end up taking a turn for the worse, and it was in the next few moments that Diana may have said her very last words. Keep reading for more.

Princess Diana reportedly spoke to a fire sergeant before she died 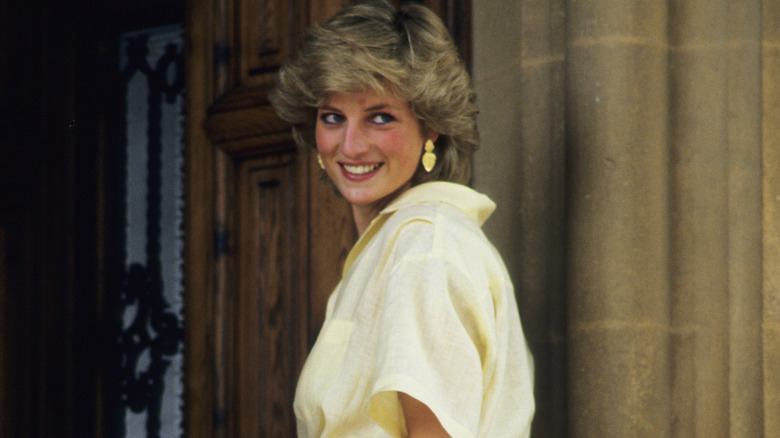 Fire sergeant Xavier Gourmelon arrived on the scene and stayed with Princess Diana as his team worked on Dodi Fayed, according to the Daily Mail. His account of what happened next is devastating to read. “She spoke in English and said, ‘Oh my God, what’s happened?'” Gourmelon told the outlet. “I could understand that, so I tried to calm her. I held her hand,” he added.

Within minutes an ambulance arrived on the scene, and Diana needed to be taken to the hospital. She was extracted from the car — workers had to use an electric chainsaw to get her out, according to USA Today — and her body was placed on a wooden board before it was moved to a mattress for transport. “We took her out and first put her on a wooden board and then…on to a mattress filled with air. It stops the person from moving around, to avoid spine trauma. But when we moved her from the board to the mattress her heart stopped beating,” Gourmelon told the Daily Mail.

While they were able to get her heart beating again, Diana’s condition was extremely serious. The ambulance arrived at Pitié-Salpétrière Hospital just after 2:00 a.m. and Diana is taken for emergency surgery. She went into cardiac arrest, and despite the best efforts of the medical staff, she was pronounced dead around 4:00 a.m. at the age of 36.