What is Mike 'The Situation' Sorrentino's Current Net Worth?

Jersey Shore was one of the most controversial and talked-about TV shows of all time. It kick-started a cultural revolution, introduced a slew of new slang terms and acronyms, and made a group of tan beachgoers very popular indeed.

Out of the original cast, Mike “The Situation” Sorrentino became one of the most popular and has been in and out of the public eye ever since.

Sorrentino’s time in the spotlight has been fraught with controversy and legal issues, and these days, his financial status is far from solid.

How did Mike ‘The Situation’ Sorrentino become famous? 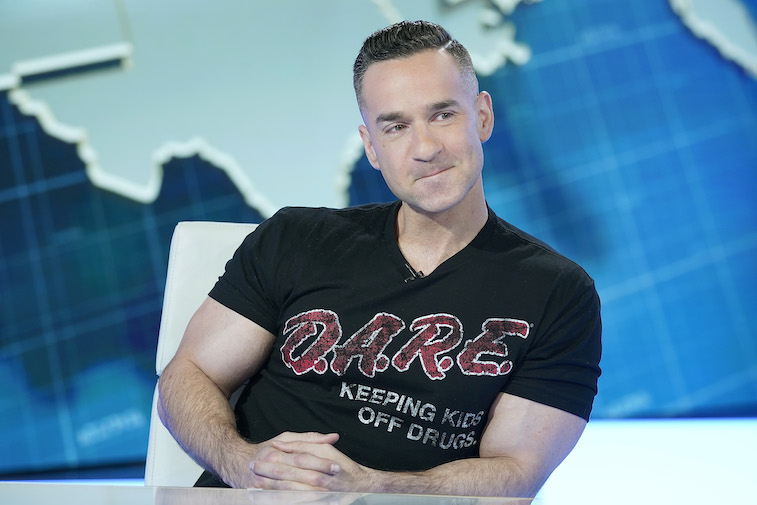 When Jersey Shore premiered in 2009, television audiences hadn’t seen anything like it. With outrageous personalities such as Nicole “Snooki” Polizzi, Jenni “JWoww” Farley, and Ronnie Ortiz-Magro at the forefront, the show was full of wild nights out, bar fights, tanning sessions, and beach trips.

Mike “The Situation” Sorrentino was one of the most visible of the show’s stars. Sorrentino was born in 1982 and had no television experience prior to appearing on Jersey Shore. Rather, he worked as a gym manager and even spent some time as an underwear model.

Sorrentino appeared on Jersey Shore for three years, until it ended in 2012. Following the show, Sorrentino was popular enough to parlay his experience into a series of other TV appearances, including small roles in Worst Cooks in America, Celebrity Big Brother, and The Choice. In 2018, Sorrentino was one of the cast members set to return to Jersey Shore: Family Vacation, a sequel to the original series.

Sorrentino has also been involved in various business ventures, including a fitness DVD and a line of vitamins. He has appeared sporadically on the show ever since, although his legal problems over the past several years have definitely caused a hiccup in Sorrentino’s schedule.

What legal problems has Mike ‘The Situation’ Sorrentino had?

We have a Good Situation ?

In 2019, Mike “The Situation” Sorrentino went to jail for eight months on a charge of tax fraud. Reportedly, Sorrentino failed to pay taxes on nearly $9 million in income between 2010 and 2012. As recompense for his tax fraud, Sorrentino headed to federal prison.

Still, he will be a part of upcoming new episodes of Jersey Shore: Family Vacation and will likely have a great deal to say about his problems with the law and how he has changed for the better.

In addition to his problems with the taxman, Sorrentino was arrested on assault charges in 2014 and has been involved in more than several bar fights, as documented on Jersey Shore. Still, Sorrentino seems determined to put his difficult past behind him and is reportedly focused on the future – a future that might include starting a family with his wife.

What is Mike ‘The Situation’ Sorrentino’s net worth?

Mike “The Situation” Sorrentino might have been a major star a decade ago, with boatloads of cash at his disposal – but these days, Sorrentino is the Jersey Shore cast member with the lowest net worth.

Although Sorrentino reportedly earned $150,000 per episode in the original Jersey Shore, his net worth now is only around $300,000.

This deep dive is likely due to the tax problems he has faced in the past several years, but there is always a chance that he can slowly begin to reclaim the wealth that he once had. After all, there will always be a fanbase for Sorrentino and his fellow Jersey Shore cohorts, people who love the drama and enjoy being a part of the craziness.