1. They have to pay back taxpayers for the $3 million refurbishment of their royal residence, Frogmore Cottage. 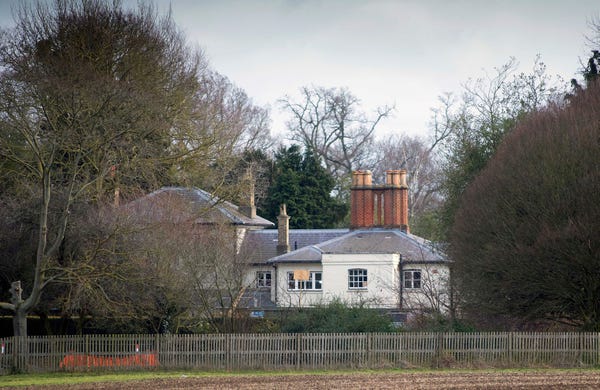 Frogmore Cottage was gifted to the couple as an official royal residence by the Queen in 2019.

Before Meghan and Harry moved in, the property was refurbished, costing British taxpayers $3 million. It was previously five smaller residential units used by staff members.

The refurbishment included building stairs and installing new fireplaces and a "floating" wooden door, according to CNN.

Though the couple are spending time in Canada, Frogmore Cottage will remain their UK base, Buckingham Palace confirmed in a statement in January.

In the same statement, the palace said the couple would pay back British taxpayers for the refurbishment.

"The Duke and Duchess of Sussex have shared their wish to repay Sovereign Grant expenditure for the refurbishment of Frogmore Cottage, which will remain their UK family home," the statement said.

2. Similarly, the Queen will no longer pay for their staff. 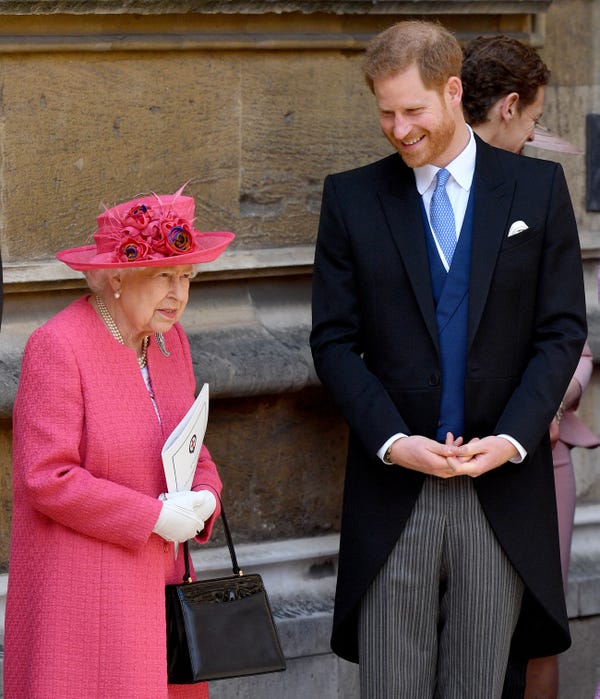 Harry and Meghan's staff were removed from Frogmore Cottage shortly after "Megxit" was announced in January.

At least two permanent employees — a house manager and a cleaner — have been moved from the couple's Windsor home to somewhere else in the royal household, the royal correspondent Rebecca English initially reported.

A source close to the palace told Insider that "no members of staff have been let go" but confirmed that it is routine for staff members to be relocated within the royal household.

3. Canada won't provide security for the couple after Megxit, in keeping with "their change in status" from senior royals to regular citizens. 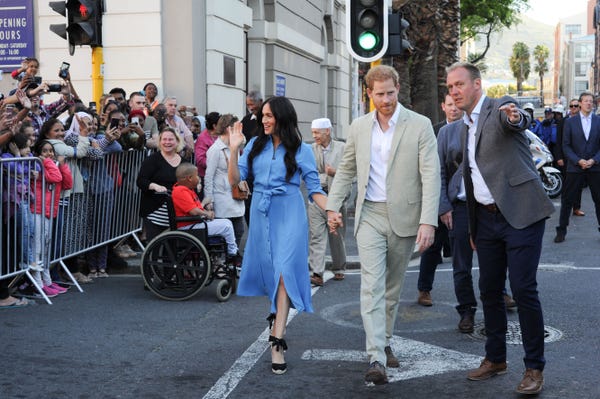 Canada has been paying for Harry and Meghan's security since they arrived on Vancouver Island in November, a government official recently told CBC News.

But the country plans to stop paying for them once they resign from royal duties in April.

"The assistance will cease in the coming weeks, in keeping with their change in status," a government representative said in a statement to CBC News.

4. Meghan likely won't get to borrow the Queen's jewels as Kate Middleton does. 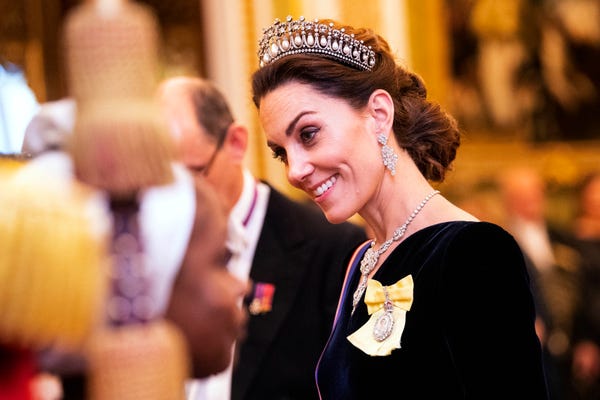 Kate regularly borrows items from the Queen's personal jewelry collection, such as the Lover's Knot tiara, for official royal events.

Most recently, she wore a pair of the Queen's diamond earrings during a trip to the theater with Prince William.

According to Express, Meghan hasn't been given the same luxury. It's likely she never will, given her lack of proximity to the Queen since relocating to Canada and her lack of a need for such pieces, since she won't be attending royal events.

5. For a similar reason, she will also likely never wear a tiara again. 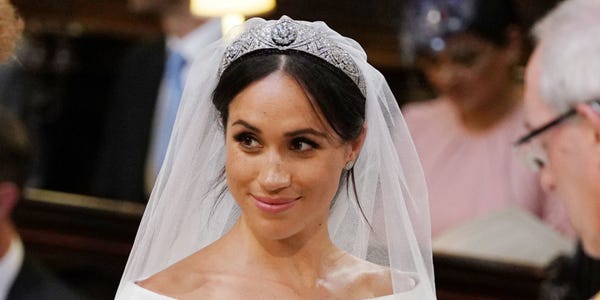 Meghan has worn a tiara only once, on her wedding day in 2018.

While the former actress officially became princess of the United Kingdom upon her marriage to Harry, she won't be considered one after dropping her title in April.

Though non-princesses can wear tiaras, they can do so only at very specific royal occasions.

According to Grant Harrold, a royal etiquette expert, they may be worn at state banquets and other white-tie events.

6. Their future children wouldn't be considered "royal babies" and likely wouldn't be given official royal memorabilia to mark the birth. 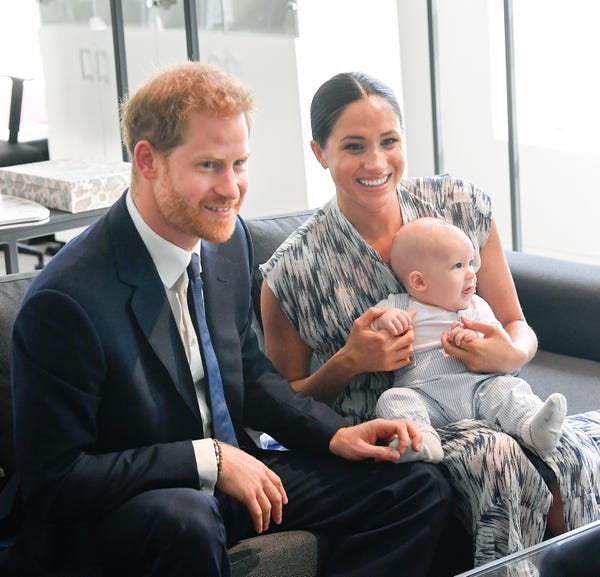 Since Harry and Meghan will no longer be royal, any children they may have also won't be royal.

This means Archie's siblings likely won't be given the same celebration he was when he was born, or have official royal memorabilia from the Buckingham Palace gift store.

7. The paparazzi will have free rein to cover the couple. 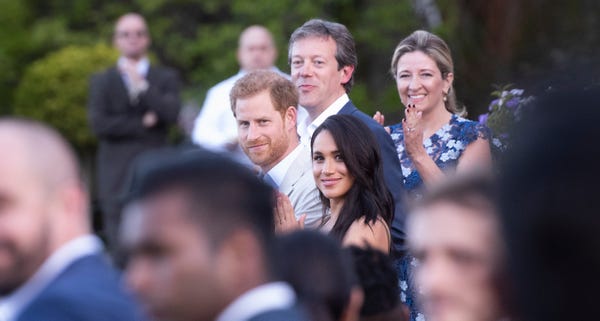 British newspapers have an agreement with the palace that they will not use paparazzi photos of members of the royal family, according to Vanity Fair.

So when photos of Meghan cradling Archie during a private walk on Vancouver Island were published, it may have been foreshadowing.

Since the couple are spending more time in North America, they are likely to be followed by photo agencies and reporters with no alliances to the royal family — and so they may not have the same privacy they used to be afforded.

8. Harry and Meghan won't be allowed to travel the world and take part in royal tours on behalf of the Queen. 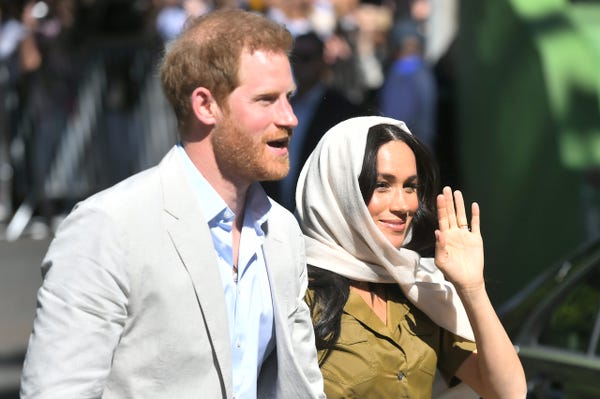 The couple have gone to a JPMorgan event in Miami and reportedly to Stanford University, both in a private capacity, since Megxit was announced.

Trips like these will no longer be performed in a royal capacity or funded by the Queen.

Their final royal tour was a visit to South Africa last year, where they and Archie spent 10 days visiting towns and charities and attending functions.