The World Health Organization is sounding the alarm about a coronavirus variant first identified in India, which is now spreading around the globe.

The variant, B.1.617, is “likely to be a variant of concern,” the WHO’s chief scientist Dr. Soumya Swaminathan told AFP on Saturday, “because it has some mutations which increase transmission.”

Those mutations could also potentially make the variant “resistant to antibodies that are generated by vaccination or by natural infection,” she added.

But even if the current vaccines don’t work quite as well against B.1.617 as they did against the original virus strains that shots were designed to combat, more doses in arms will still help cut down on disease spread, and make COVID-19 cases milder, if and when they do happen. Scientists agree this is one key reason that India needs more vaccines, fast.

The B.1.617 variant spreads rapidly 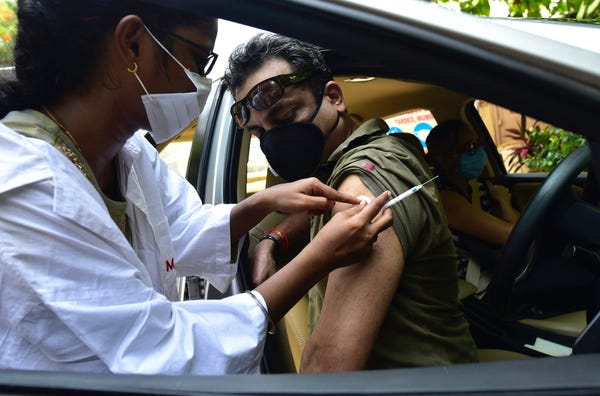 The Centers for Disease Control and Prevention has called B.1.617 a variant of “interest” but hasn’t gone so far as to label it a “variant of concern” yet, like the agency has done for the B.1.1.7 variant (first tracked in the UK), the B.1.351 variant (spotted in South Africa), and the P.1 variant (picked up in Brazil). But, the CDC did recently recommend restricting travel into the US from India, citing worries about more spread of viral variants there, and the White House banned most travel from India to the US on May 4.

Still, B.1.617 cannot be blamed entirely for the current outbreak in India, as there are other factors playing a major role in the mammoth wave of COVID-19 infections and deaths, including “huge social mixing and large gatherings,” as she pointed out.

“Early signs were missed until it reached the point at which it was taking off vertically,” Swaminathan said of the Indian outbreak. “At that point it’s very hard to suppress, because it’s then involving tens of thousands of people and it’s multiplying at a rate at which it’s very difficult to stop.”

Vaccines can still help control the spread of new viral variants, and make them less deadly 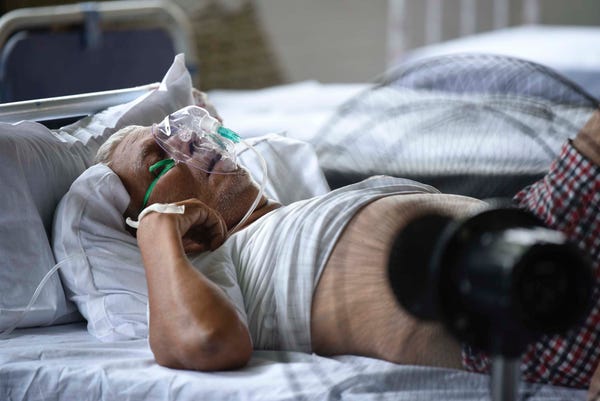 Even though the B.1.617 variant is easier to catch than older versions of the coronavirus, more vaccines in arms will still help control its spread.

Leading variant researchers at Ravindra Gupta’s Cambridge University lab recently tweeted fresh evidence of this, saying early data suggests that the variant can be controlled well by the vaccines we already have, even if that protection isn’t perfect.

“The vaccines which are currently approved will protect a majority of people against getting severely ill,” Swaminathan told India Today. “You may still get the infection, but it will prevent you from landing in that ICU.”

Still, top virus watchers are worried that if the world does not get vaccinated quickly enough, other new and concerning viral mutations could arise, and eventually, our vaccines may not work so well against them anymore. Essentially, as the virus spreads and spreads, it gets more and more new opportunities to learn how to evade any immune protection we may have.

“Variants which accumulate a lot of mutations may ultimately become resistant to the current vaccines that we have,” Swaminathan told AFP. “That’s going to be a problem for the whole world.”

Dr. Anthony Fauci, America’s top infectious disease expert, said on Sunday that vaccine makers need to figure out how to “get literally hundreds of millions of doses” to India, and fast.

“The end game of this all,” he told ABC’s This Week, “is going to be to get people vaccinated.”